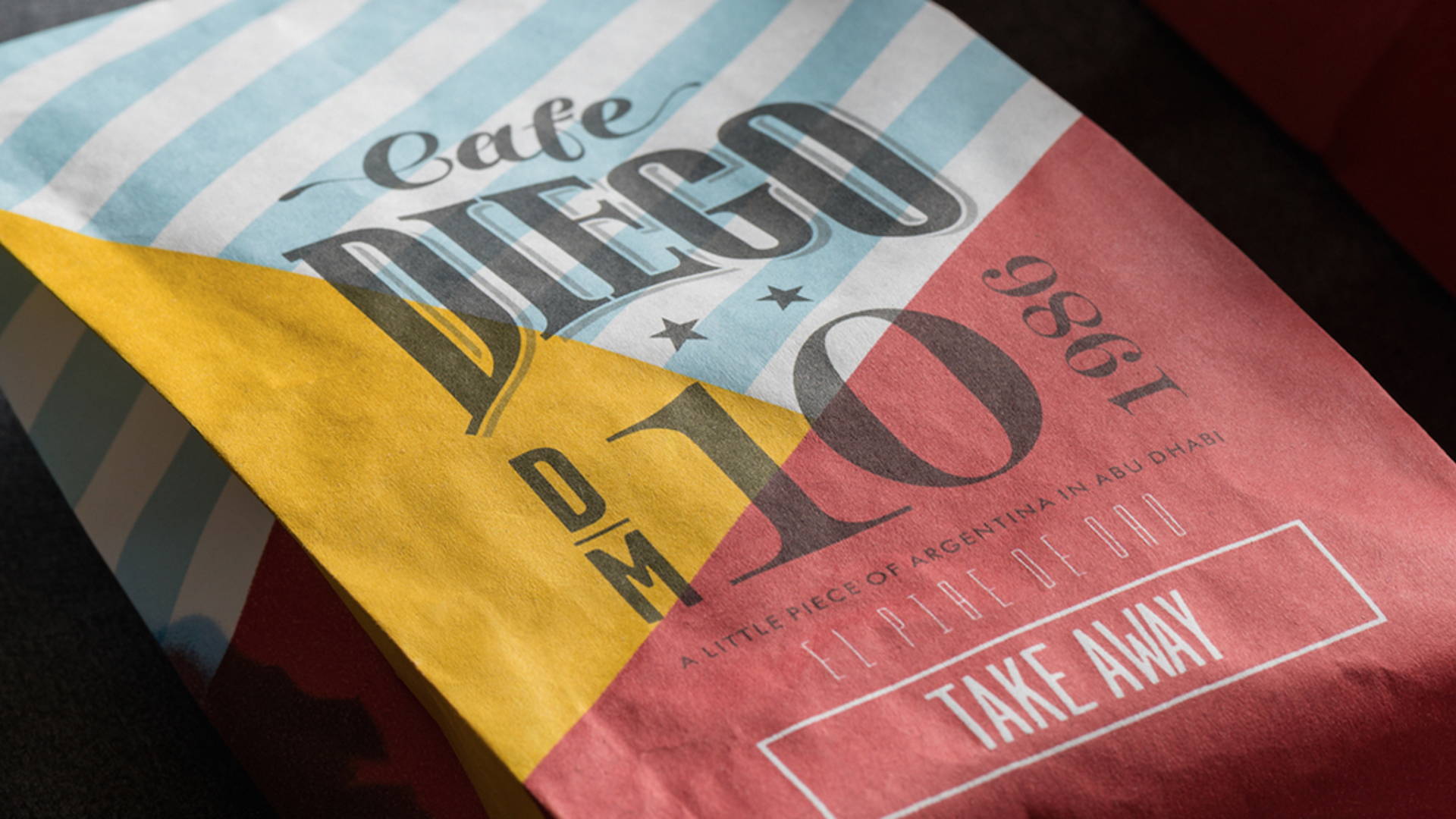 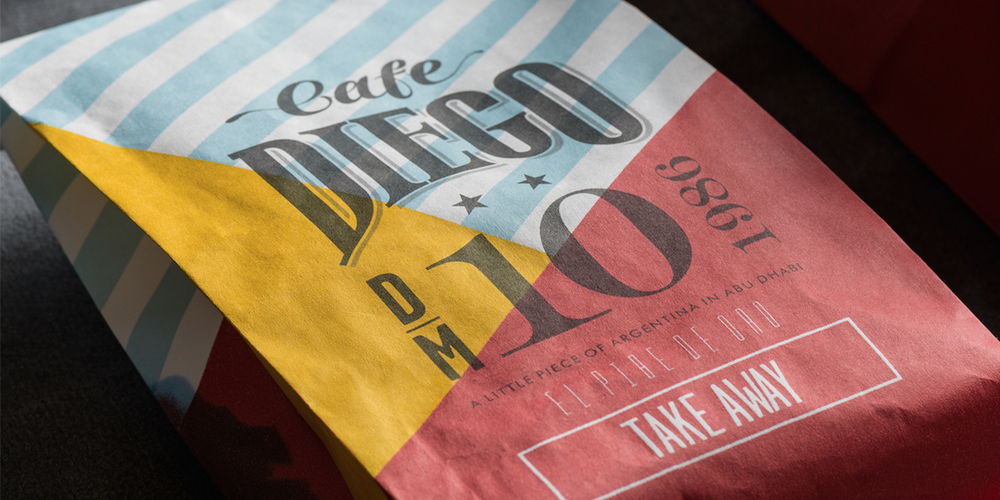 There’s now a bit of Argentina in the United Arab Emirates. This clash of cultures for Cafe Diego was designed by Backbone Branding, and their goal was to capture the essence of Argentina. Taking the architecture, street art, and alleyways of Argentina as inspiration, Cafe Diego pops with bright colors and bold graphics to transport visitors to an entirely different continent. 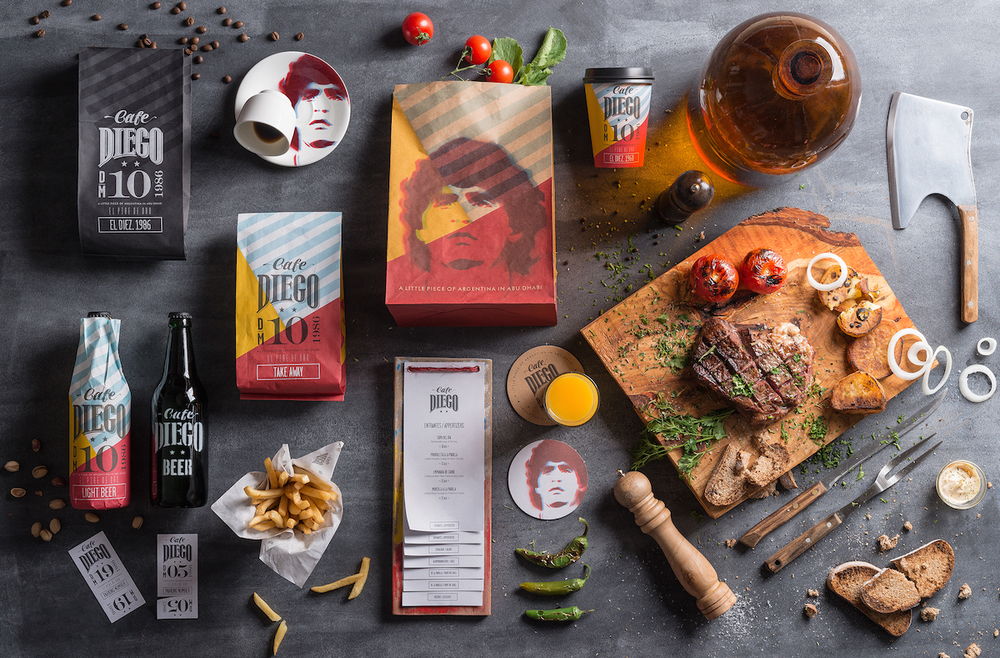 “While creating a brand for Cafe Diego, the guiding star was the spirit of Argentina. As festive as his native country, Diego Armando Maradona became the main character and the core the brand identity is constructed on. The inspiration of the brand is expressed through its colors and Diego’s illustrated portrait. Celebrating the colorful Argentinian backstreets, architecture and street art in the poor districts, we have illustrated Diego’s portrait in that style as well.” 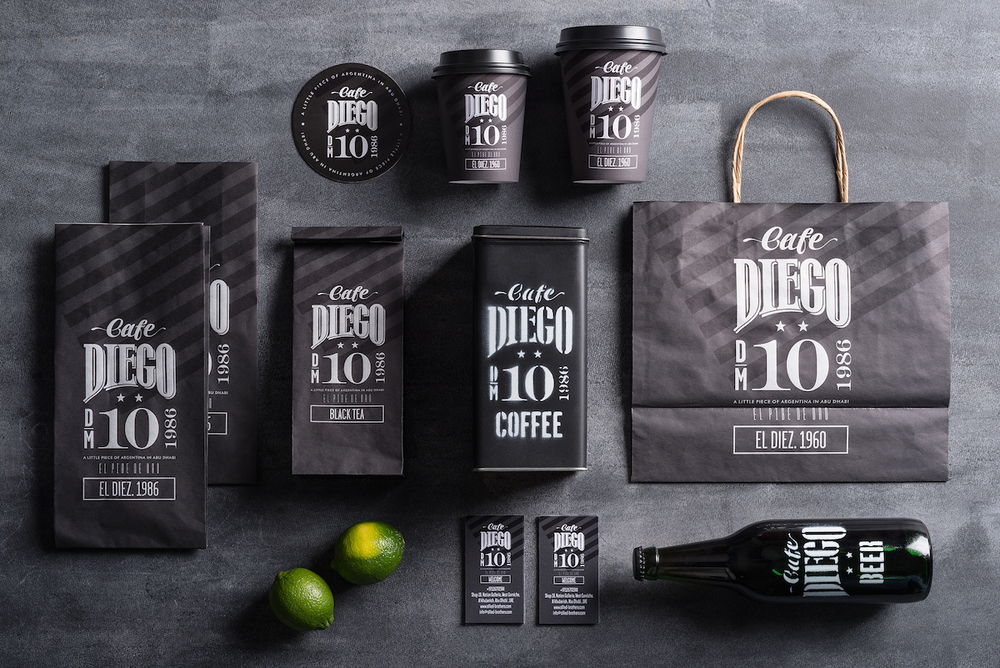 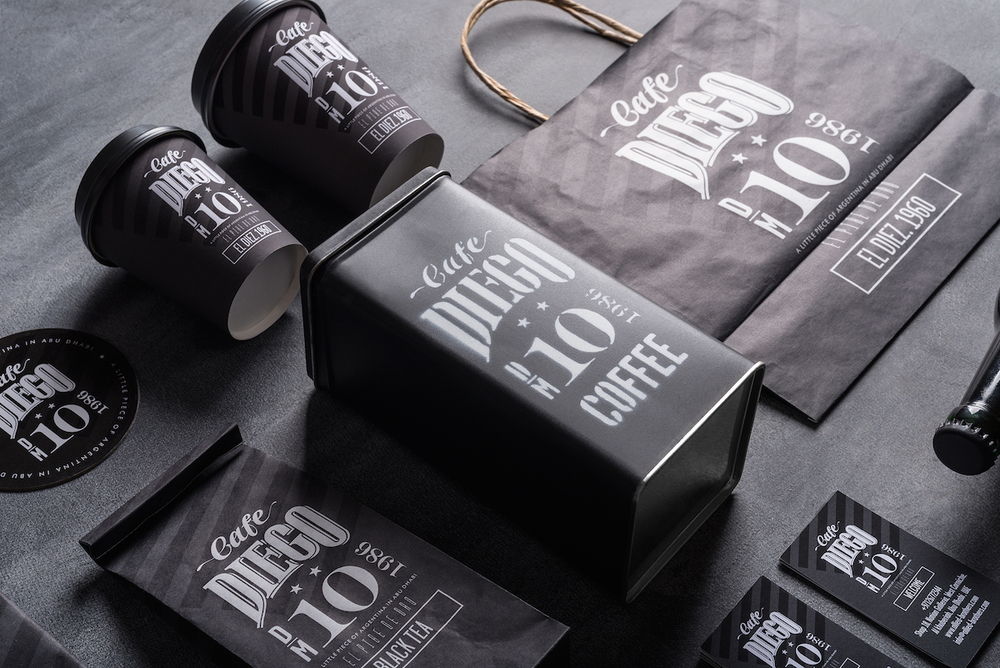 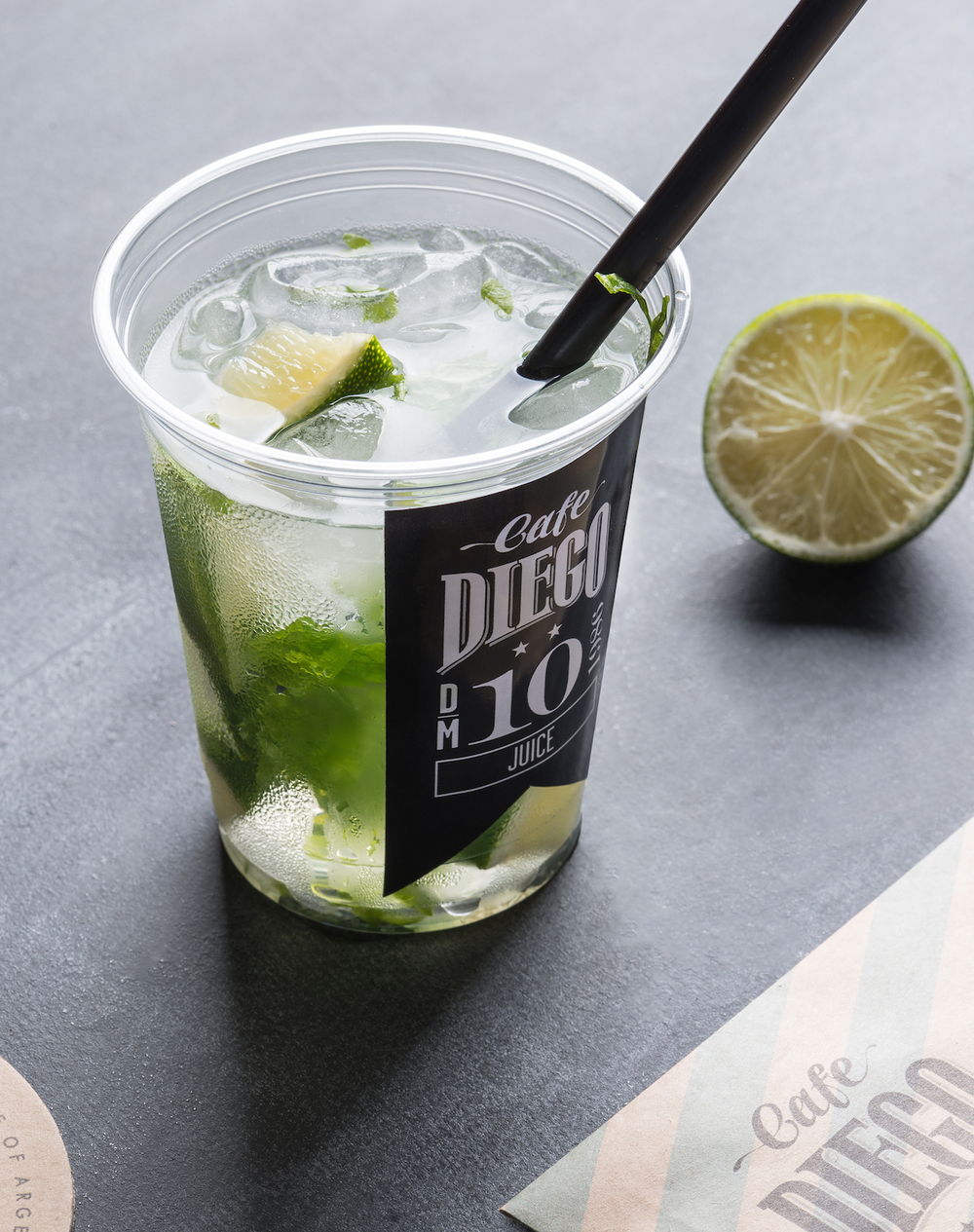 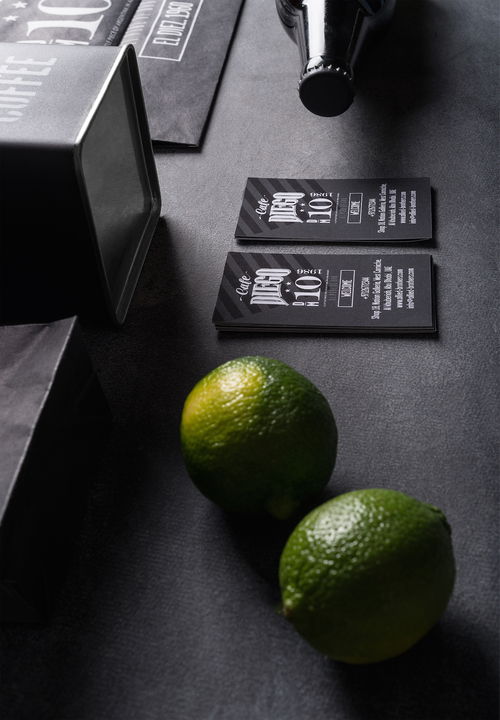 “Developed to be a take away café, the essence of the brand is mostly expressed in the medias of the brand identity, with its black & white and colorful elements. The packaging is specially developed for take away, as they are so self-sufficient to live out of the café but anyway talk about its identity and its appurtenance to Cafe Diego. Comprising a big part in the identity the stenciled head of Diego Maradona and the logo are the commonly placed identity elements on the media. We also took the newspapers pages with articles about the legendary football player and injected them into the brand identity as media.” 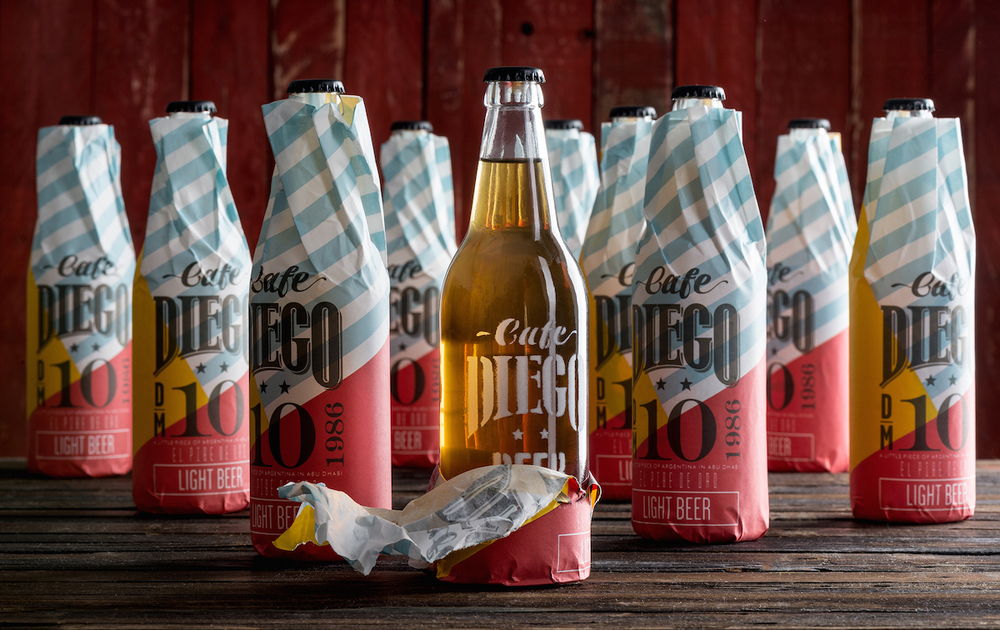 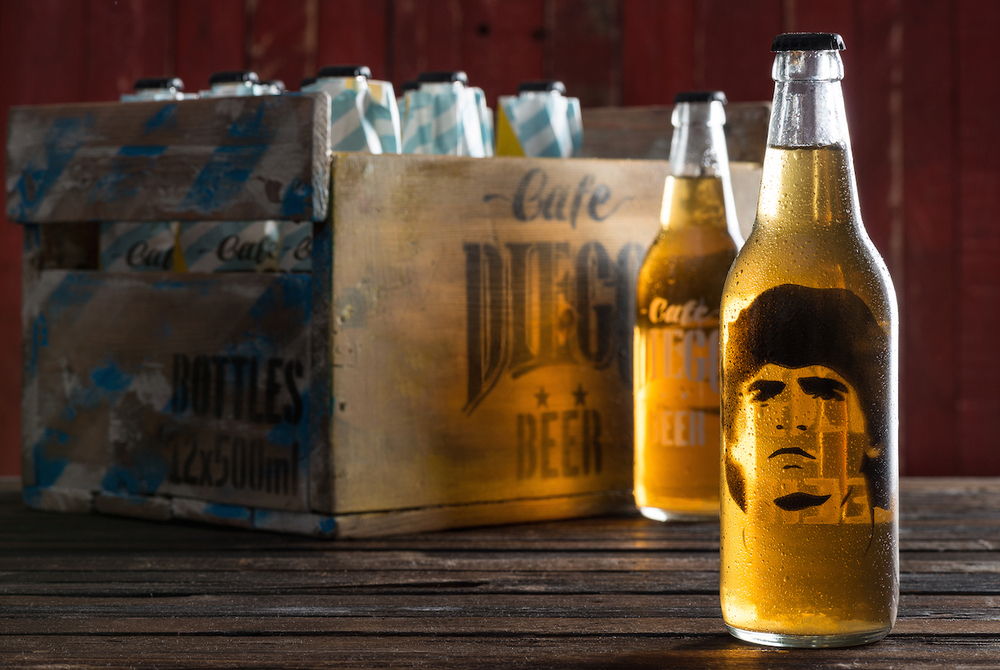 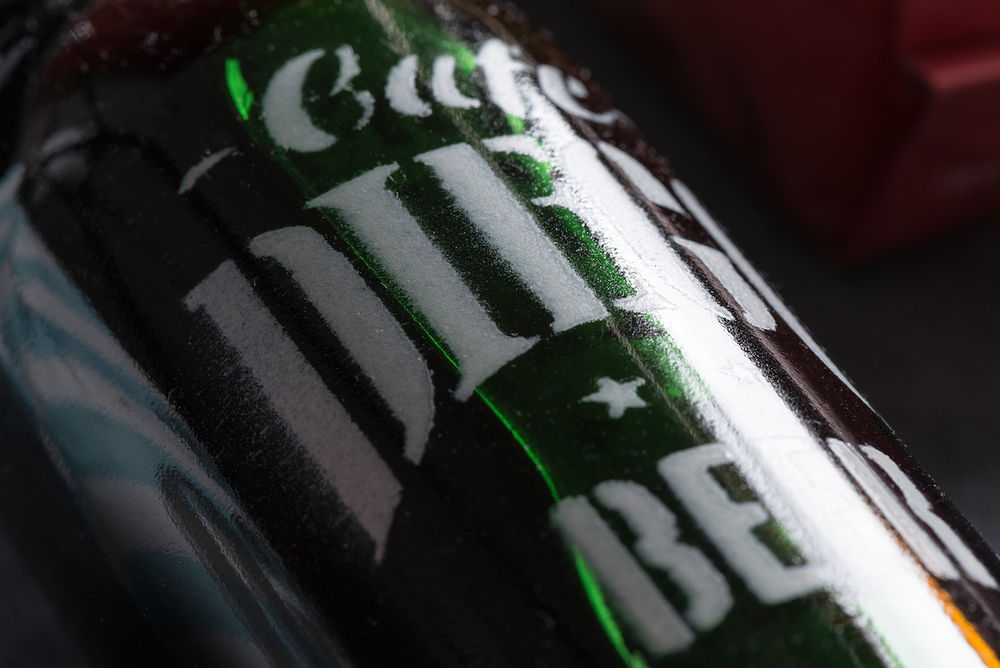 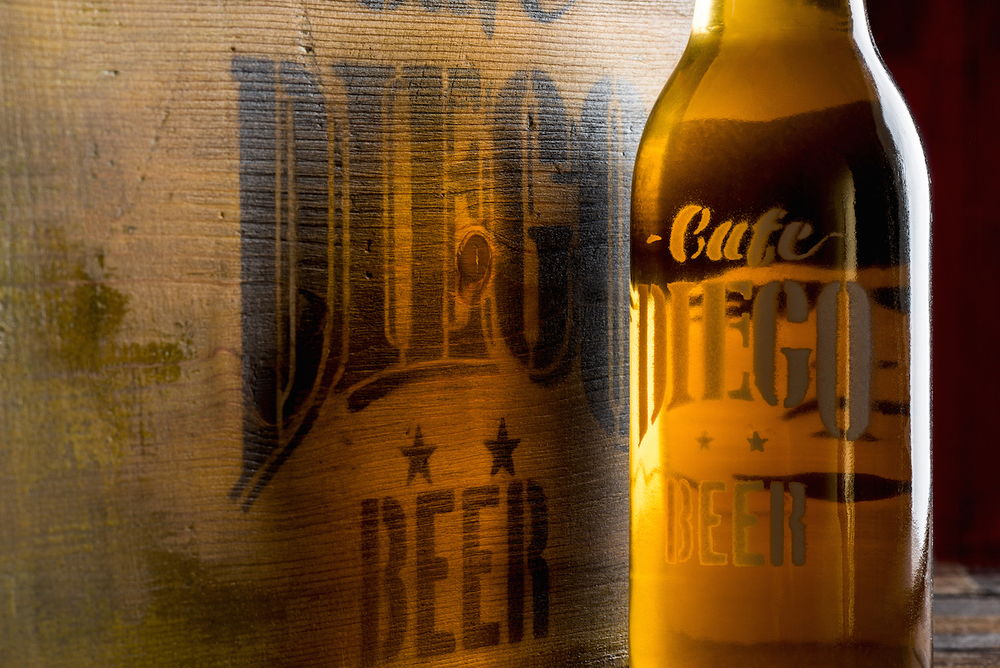 Cafe Diego avoids clichéd South American inspiration and instead pulls from the streets of the country for a beautifully realized brand design. The look is a little gritty, a little vibrant, and it toes the line between honoring a history and embracing a modern appearance. It allows visitors to clearly sense the Argentinian flavor without being hit over the head with it.

“We were challenged not to get a football fan's club as a result, but show something typical for this country and present Diego as a part of Argentina, and create a place to enjoy nonalcoholic beer and tasty food while watching another football match. Located in Abu Dhabi, Cafe Diego was developed to create a small Argentina there, with its essence and the spirit we enriched it with.” 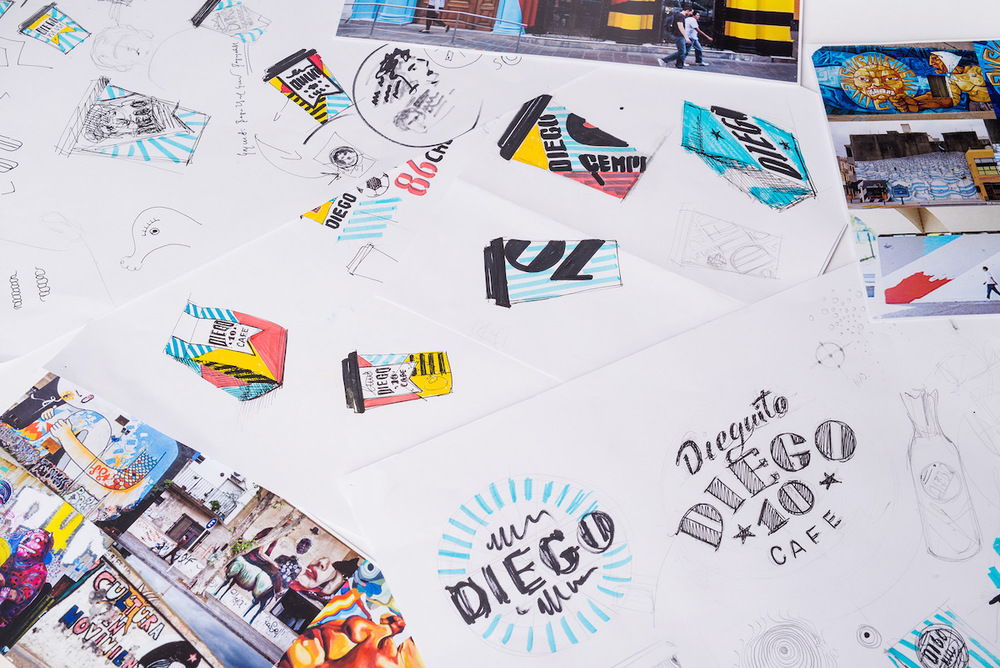 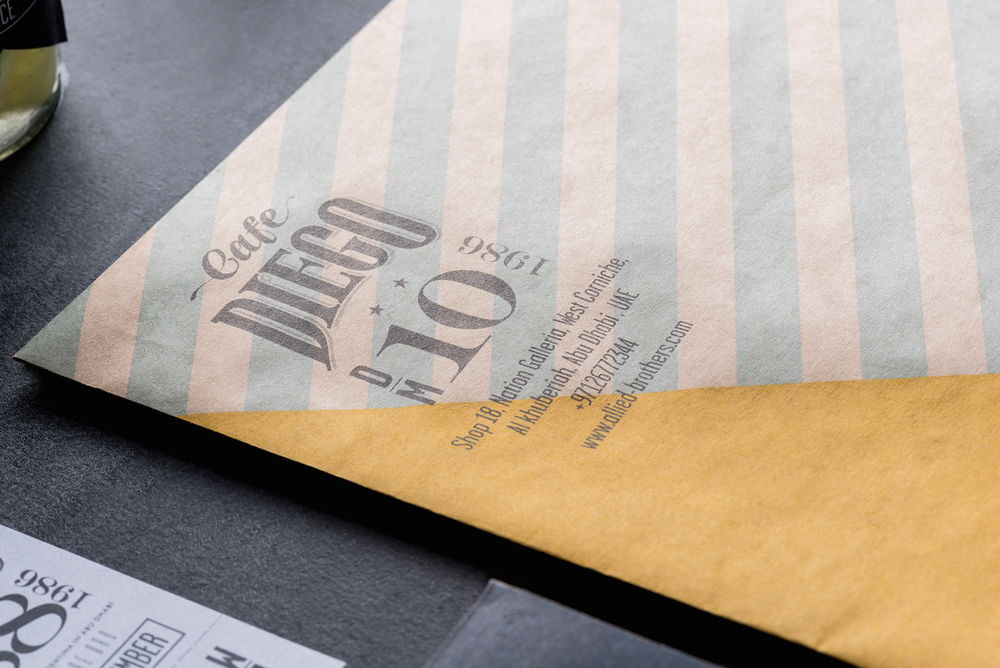 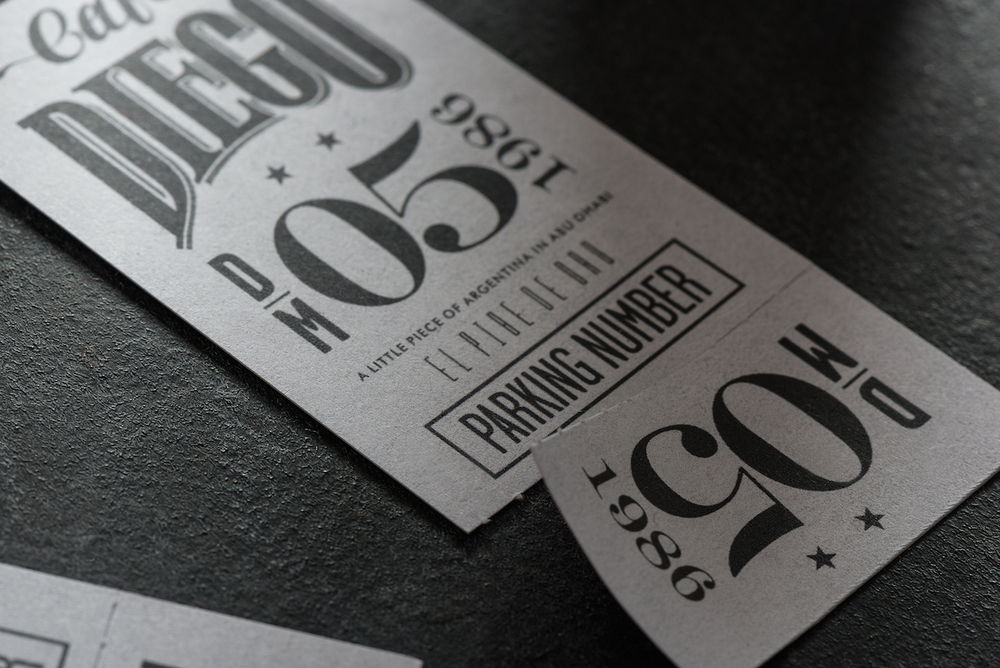 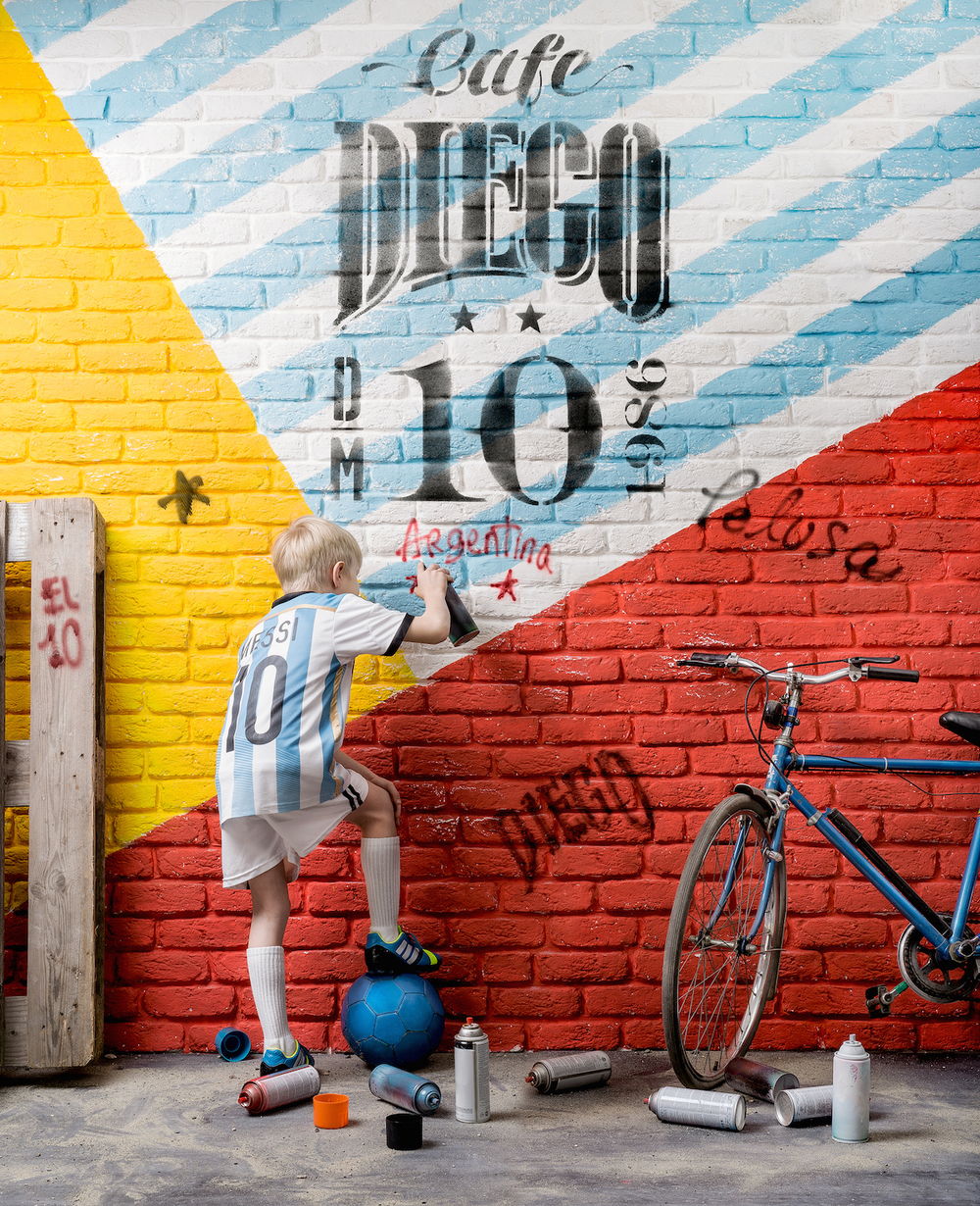