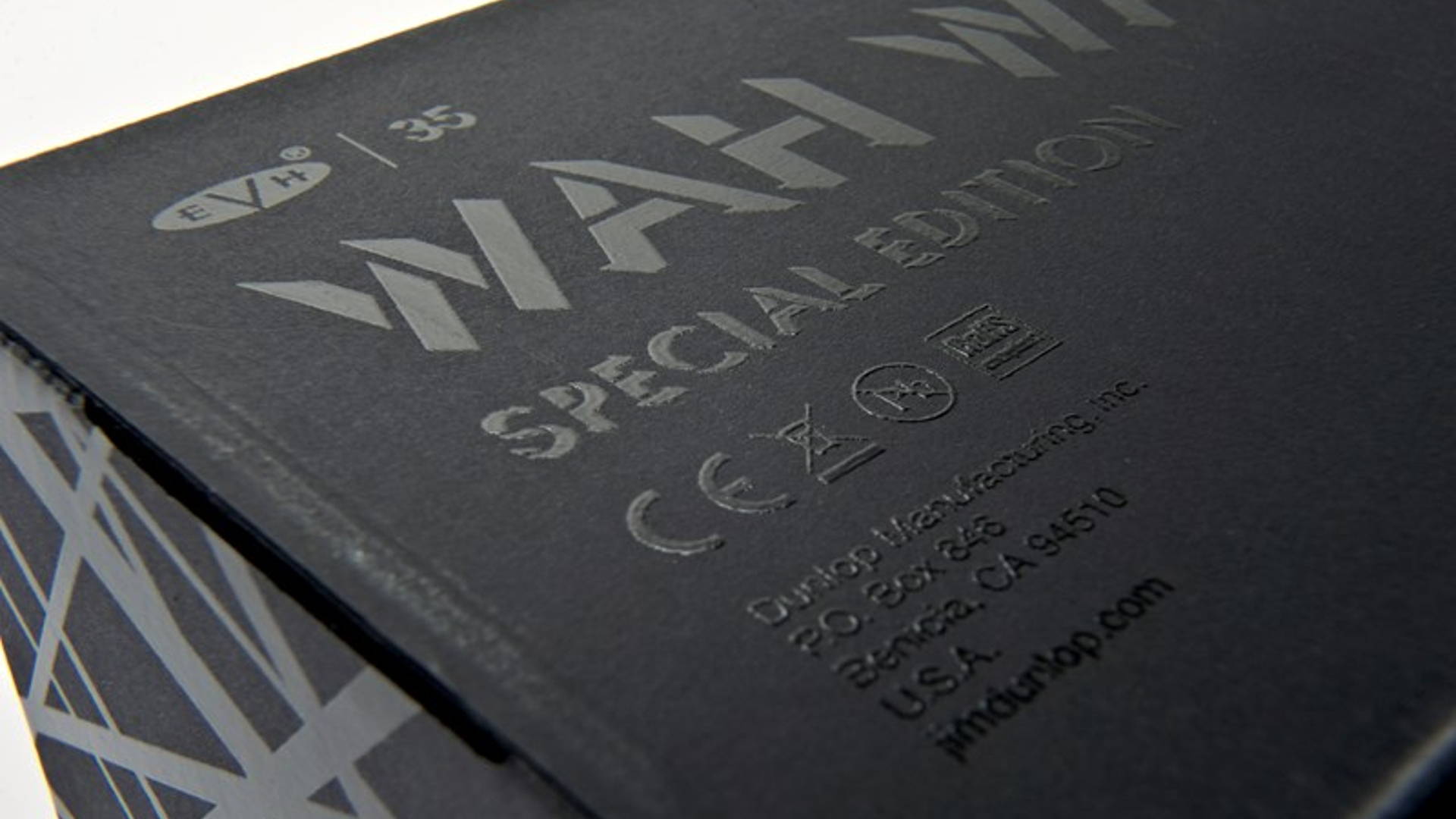 Dunlop Manufacturing, Inc. was challenged to design packaging for a series of 3 guitar effect pedals marking the 35th anniversary of the release of Van Halen's debut album. The pedals themselves are hand-painted in 3 different colorways, and are all unified by the iconic Eddie Van Halen (EVH) "Frankenstein" stripe pattern, used extensively on his custom guitars since the late ’70s.

"Our goal was to identify the EVH 35th Anniversary Series as a premium offering by employing a minimalist presentation and using custom printing processes. The triple-black matte finish box is wrapped with a Gloss Varnish print of the EVH 'Frankenstein' pattern; the linework of this pattern is so iconic in the realm of rock that it is still recognizable even when taken outside of its trademark color schemes. The subtle reflective effect of the black-on-black graphic pattern forgoes the 'hard sell' pitch of typical music instrument packaging and creates a sense of mystique around the product within. 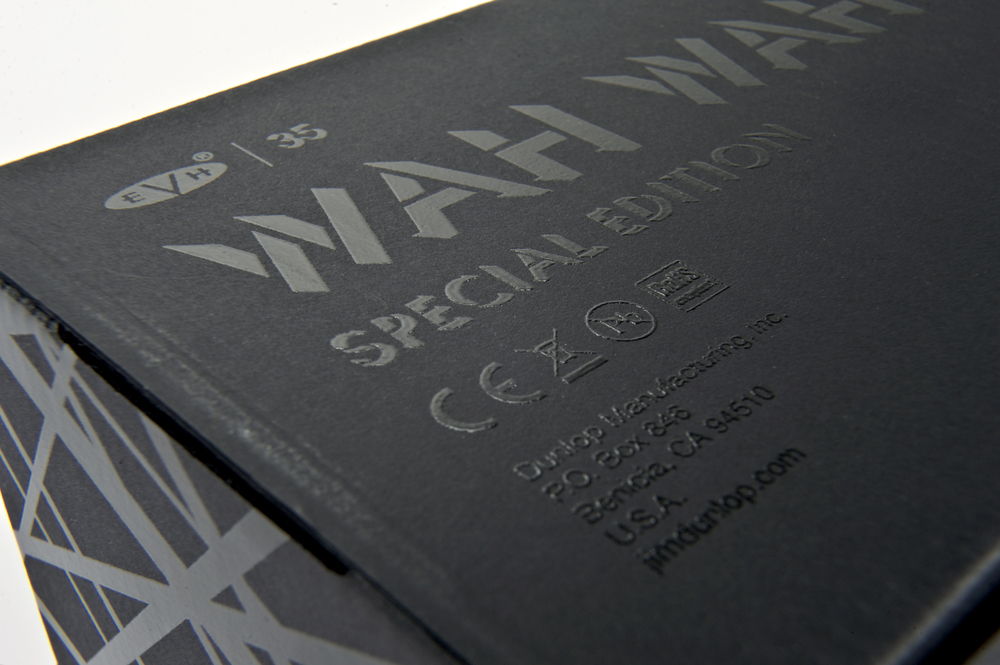 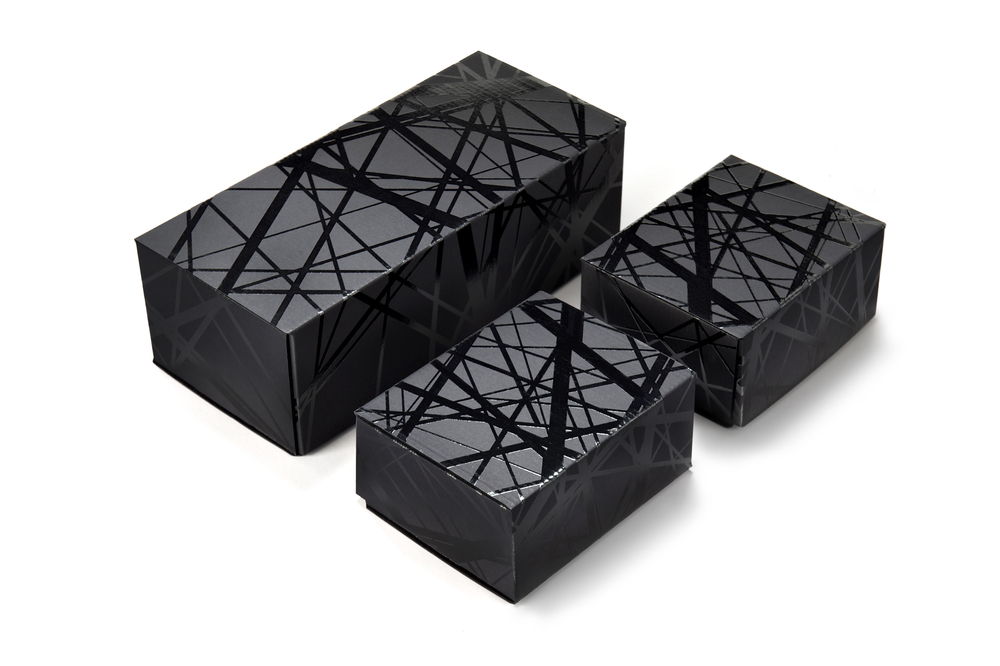 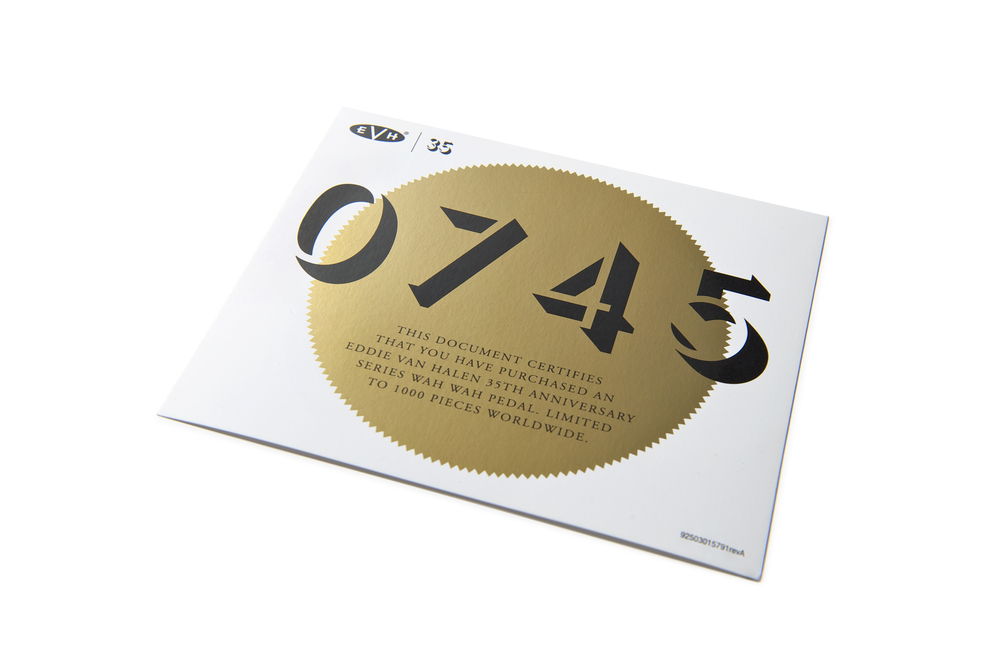 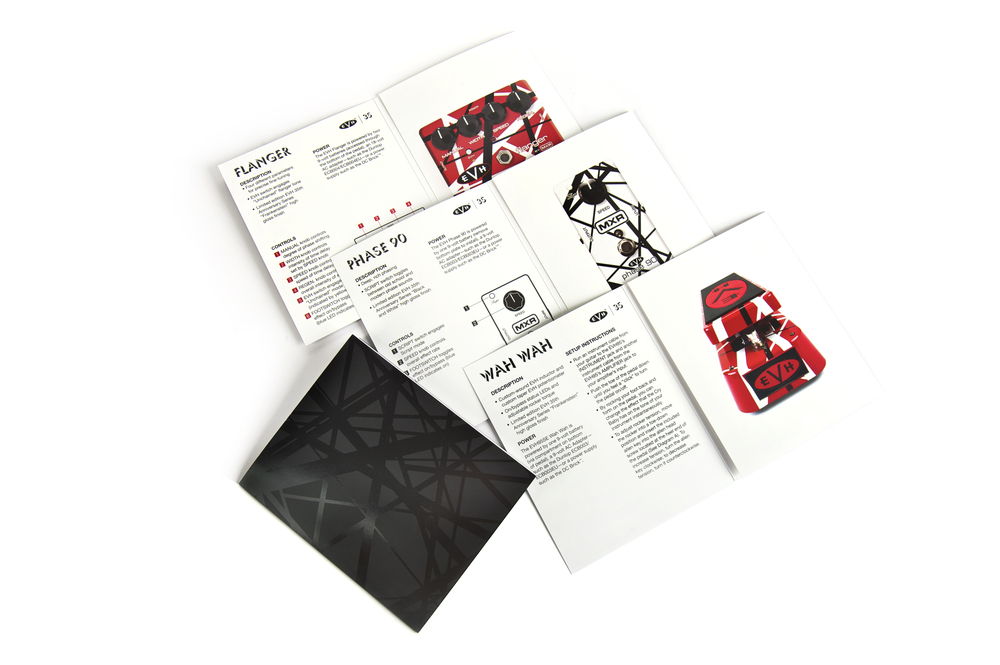 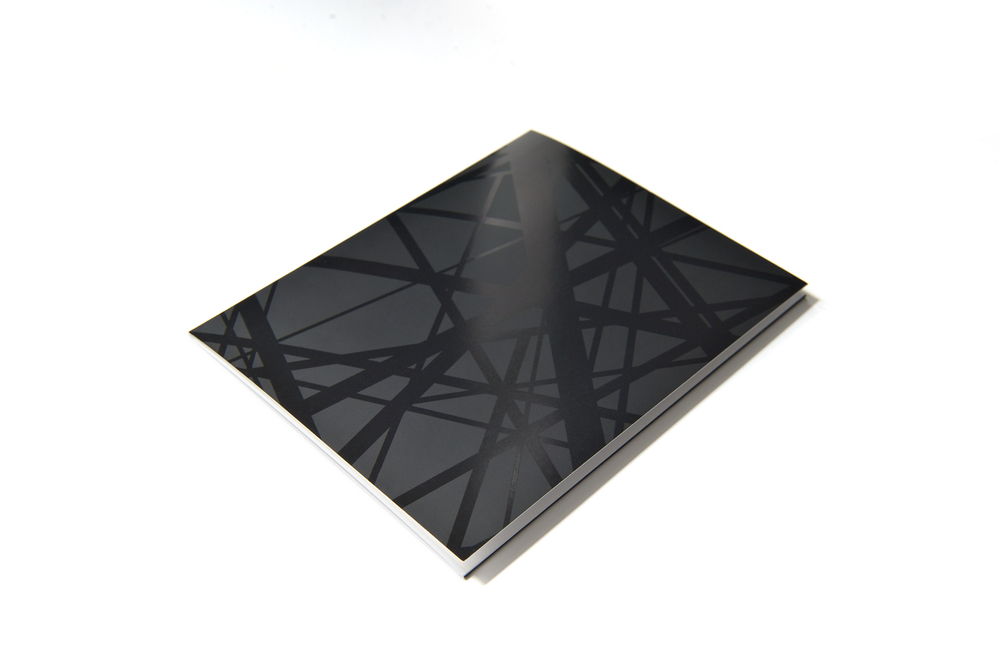 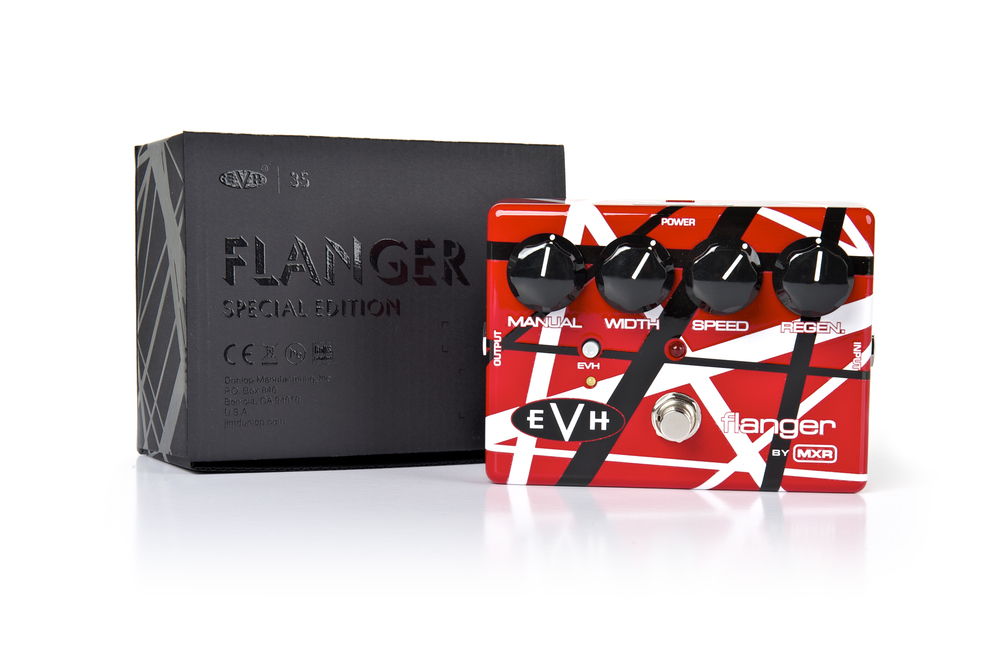 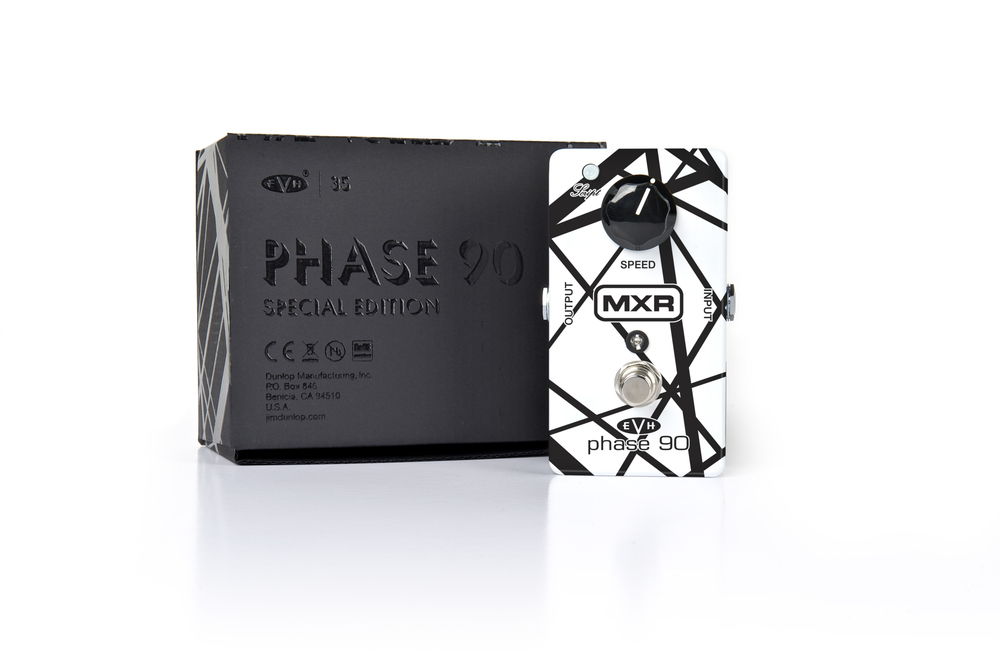 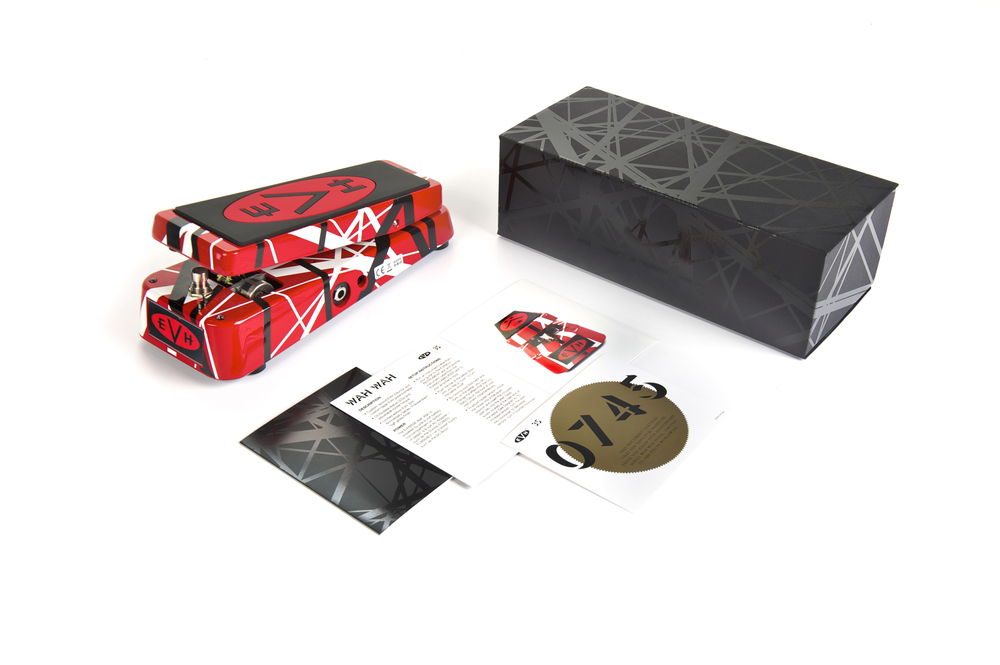 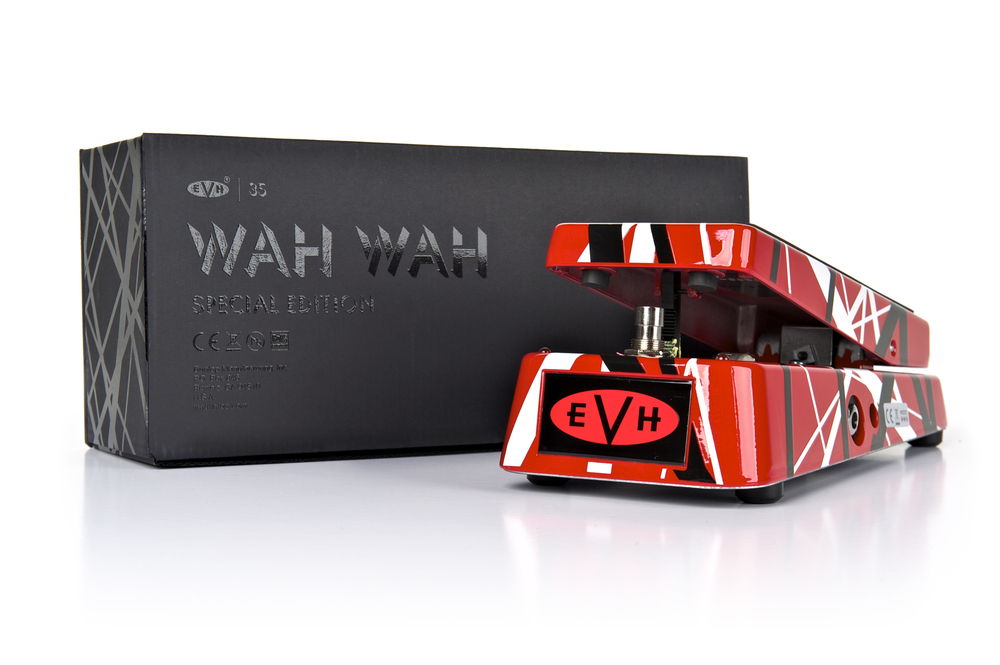 Before & After: Olive Garden's New Logo