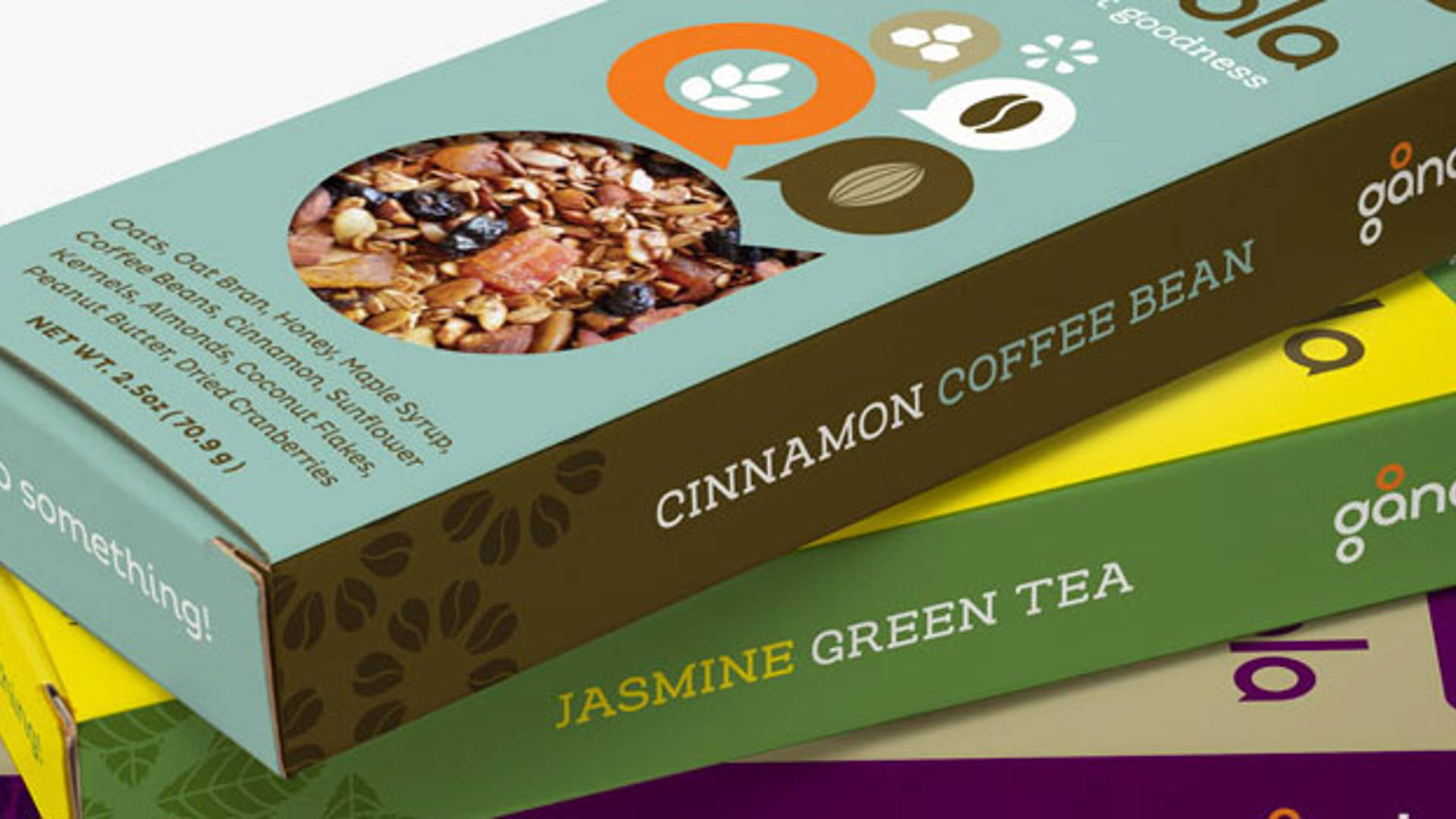 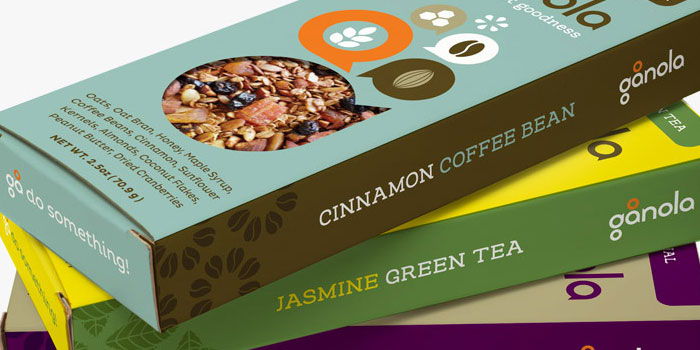 Check out these granola bar boxes from Gånola by Jeremy Slagle. We love the idea of using icons as the second indicater of ingredients other the list presented right at the front of the pack.

"Gånola is a new bar that will be sold in a box instead of a wrapper. Two individually wrapped half-bars are inside so you can eat some now and keep the rest for later. The die cut window on the front allows people to see all the good stuff that's inside. 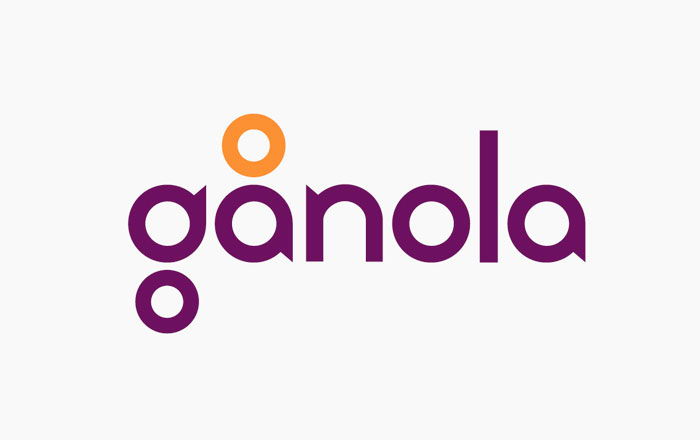 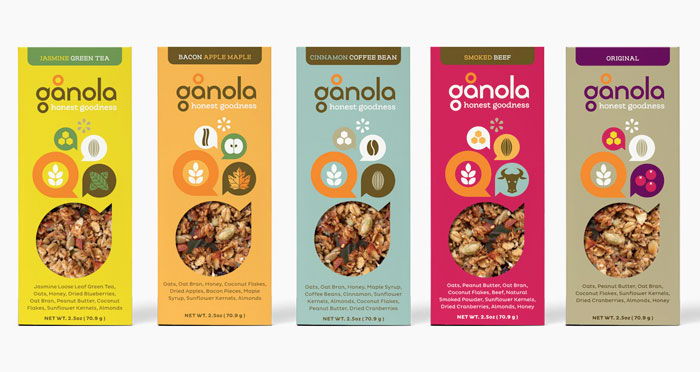 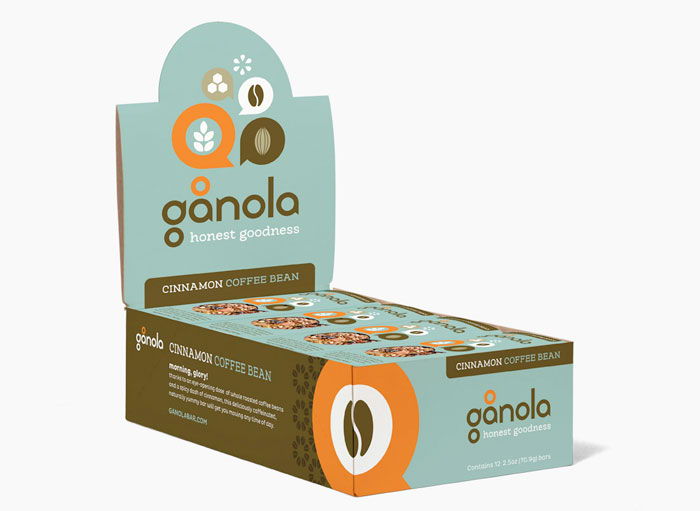 Before & After: Shepherds Purse