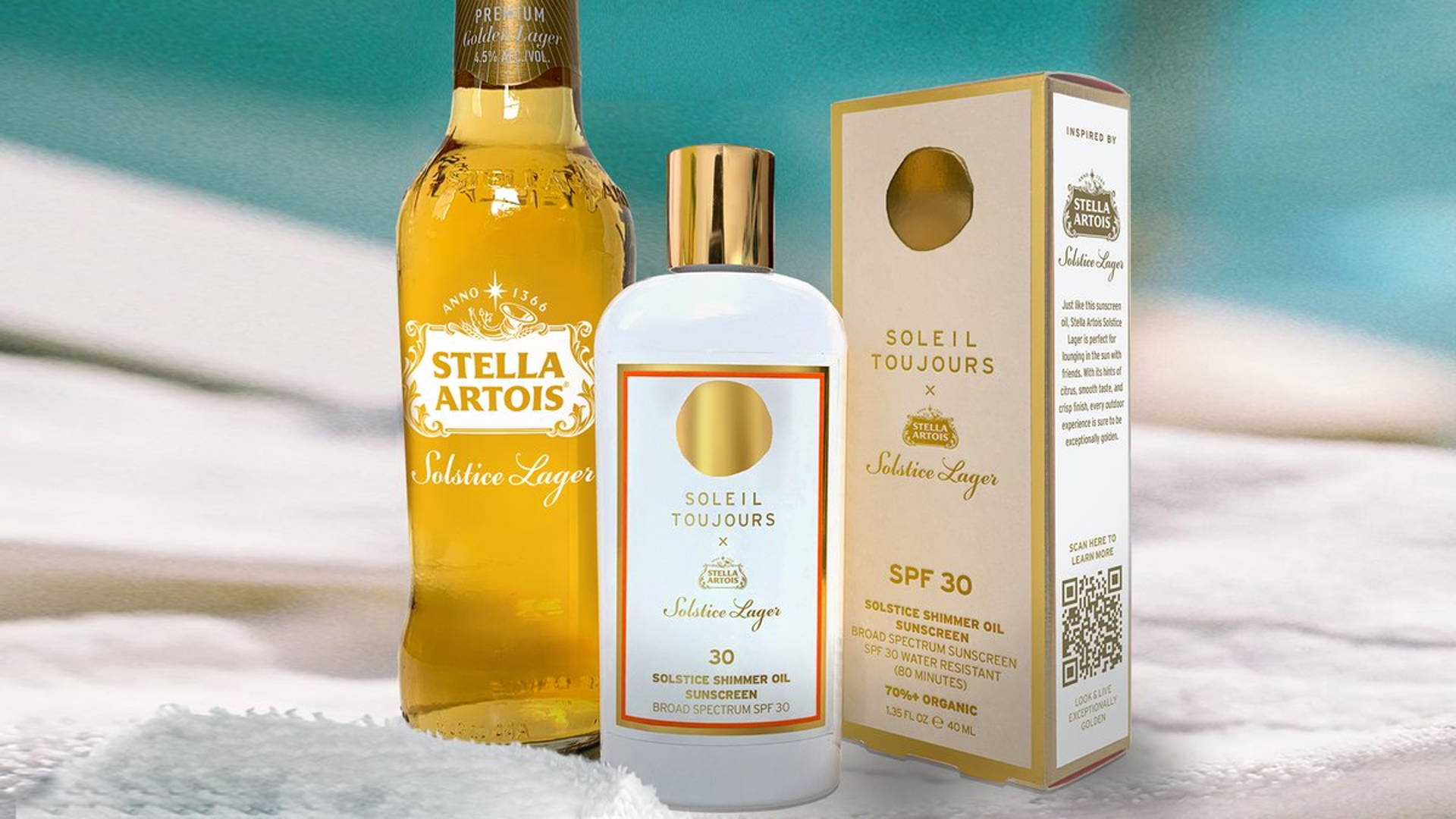 The summer solstice is the point where our planet’s axis tilts as far as it goes towards the sun, which happens twice a year, once for each hemisphere. When our celestial home’s axis gets tilted at about 23.4 degrees, it results in the longest day of the year. Being closer to the sun also means the weather warms up, and the resulting combination inspires many to get outside and make the most of those additional hours of daylight.

Stella Artois has traditionally celebrated the longest day of the year with its Solstice Lager, a bright, crisp, and citrusy brew previously only offered seasonally. Though it is now available year-round, Stella’s Solstice Lager is designed for warmer weather, and it's not like you're slamming stouts and porters on the beach. Unfortunately, a cold beer won’t protect the skin from harmful UV rays. Thankfully, Soleil Toujours has partnered with Stella to create Soleil Toujours Solstice Shimmer Oil Sunscreen, for a combination that refreshes and protects while leveraging premium ingredients along with the sun’s rays to provide color and shine.

“With such a powerhouse name like Soleil Toujours, we’re glowing over our break into beauty with the launch of our Solstice Shimmer Oil Sunscreen SPF 30 that’s made especially for enjoying the sunny weather with a Stella Artois Solstice Lager,” said Lara Krug, VP of marketing at Stella Artois, in a press release. “Now everyone can enjoy the two best accessories for a day of sun-safe fun spent lounging outdoors with loved ones.”

In addition to the sunscreen and lager, the folks at Stella Artois and Soleil Toujours also released instructions on how to turn a Stella 12-pack carrier into a stylish and sustainably cool head visor. By repurposing the packaging into something wearable, the visor extends the life of the cardboard and diverts it from the trash, as well as providing shade without resorting to using a Natty Light box to make a cowboy hat.