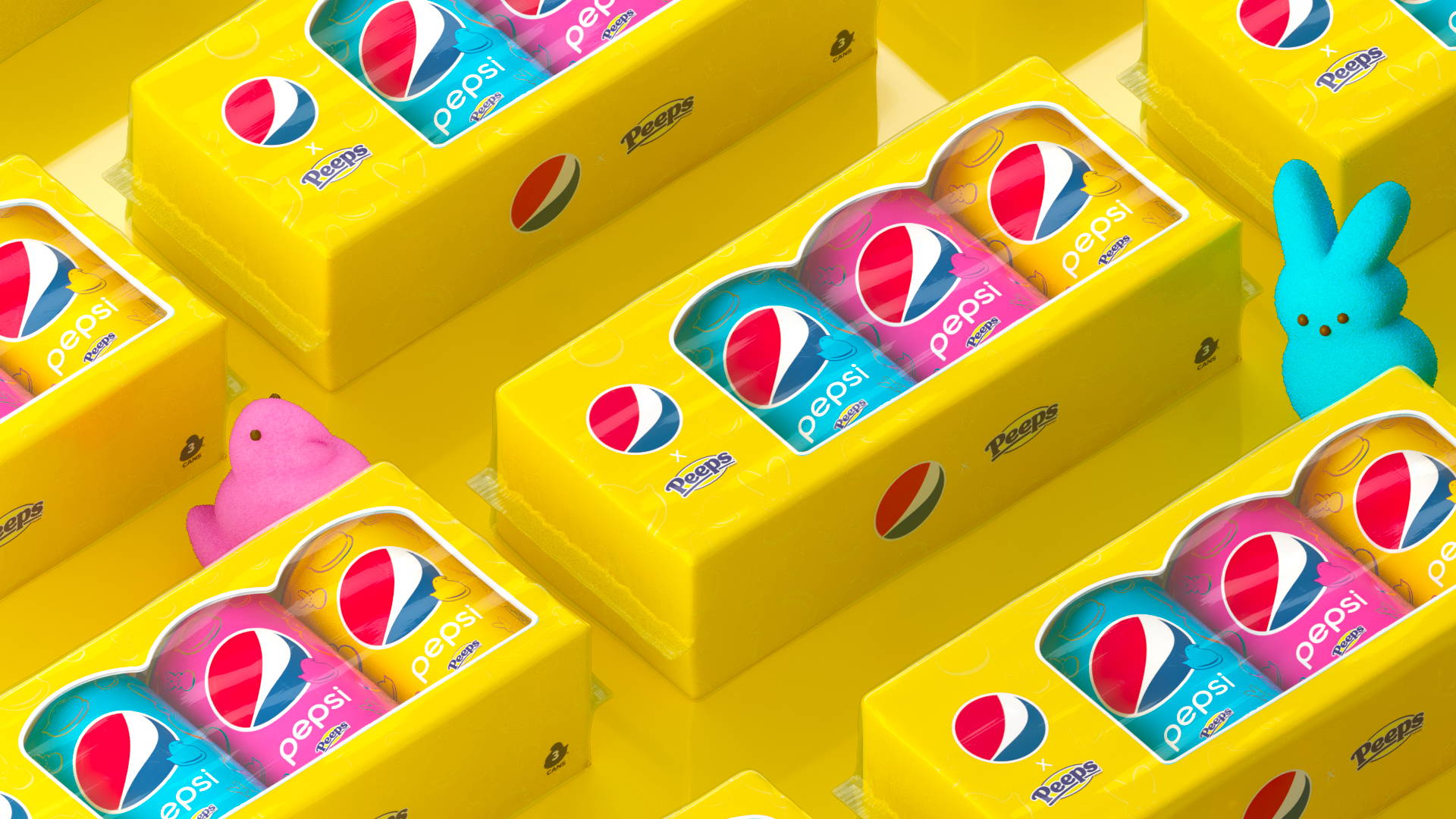 Love them or hate them, Peeps are back. In fact, some of you bloodthirsty animals won't even acknowledge that spring is on the way until you’ve seen that sugar bedazzled chick-shaped marshmallow land at the local CVS.

Now, you can also have your Peeps in liquid form, thanks to PepsiCo.

Today, PepsiCo announced its supremely limited-edition collaboration with Peeps, a new beverage that brings both iconic brands together into one adorable miniature vessel. The marshmallow-flavored Pepsi comes in a 7.5-ounce can in three colorways—yellow, pink, and blue.

The three mini-cans come in a yellow Peeps-styled box that offers a window to the pastel goodness inside. Additionally, the Pepsi can makes the perfect canvas for taking on Peeps’ visual identity, with outlines of the marshmallow buddies circling the Pepsi logo.

"After what has been a very difficult year, many consumers are looking for new things to smile about. So, to celebrate the start of springtime, Pepsi collaborated with PEEPS to develop a limited batch of its first-ever marshmallow cola. This PEPSI x PEEPS collaboration will be available in three bright colors through a distinctive mini-can design and will most certainly have fans buzzing all season long," said Todd Kaplan, vice president of PepsiCo Marketing, in a press release. "We know our consumers love our limited product drops, and we believe that PEPSI x PEEPS will deliver an iconic and delicious pairing that has the potential to become a fan favorite."

And therein lies the rub. You’re going to have to win one if you ever want to drink it. Take a picture of you and your socially-distanced ilk enjoying Peeps, and post it to Twitter and Instagram by tagging @Pepsi with #HangingWithMyPEEPS for a chance to win the ultra-rare 3-pack of Pepsi x Peeps.

So get to entering intrepid marshmallow chick fans—you have until 3/31 to enter. After that, your best bet is to pour some melted marshmallows into a can of Pepsi and stir.