We've all come accustomed to seeing hard seltzers, well, everywhere we turn. They took the spirits industry by storm, and as much as I thought they were a trend, it doesn't look like the sparkling beverages are going anywhere any time soon.

In an effort to help diversify a market that's overcrowded by the same tasting beverage in different packaging, Shiner's Tall Tails Hard Seltzer cans are not only packaged vastly different than its competitors, but they also come in never seen before flavors such as Mexican Martini.

The design agency behind the vibrantly hued and intricately illustrated cans is the Austin, Texas-based agency Bakery. While it seems like most seltzer brands stick to white packaging and minimal illustrations, Shiner's Tall Tails have taken the opposite route, and it's working beautifully for them. In fact, the cans are so intricately detailed that just the act of holding one will put you in a festive mood, unquestionably. 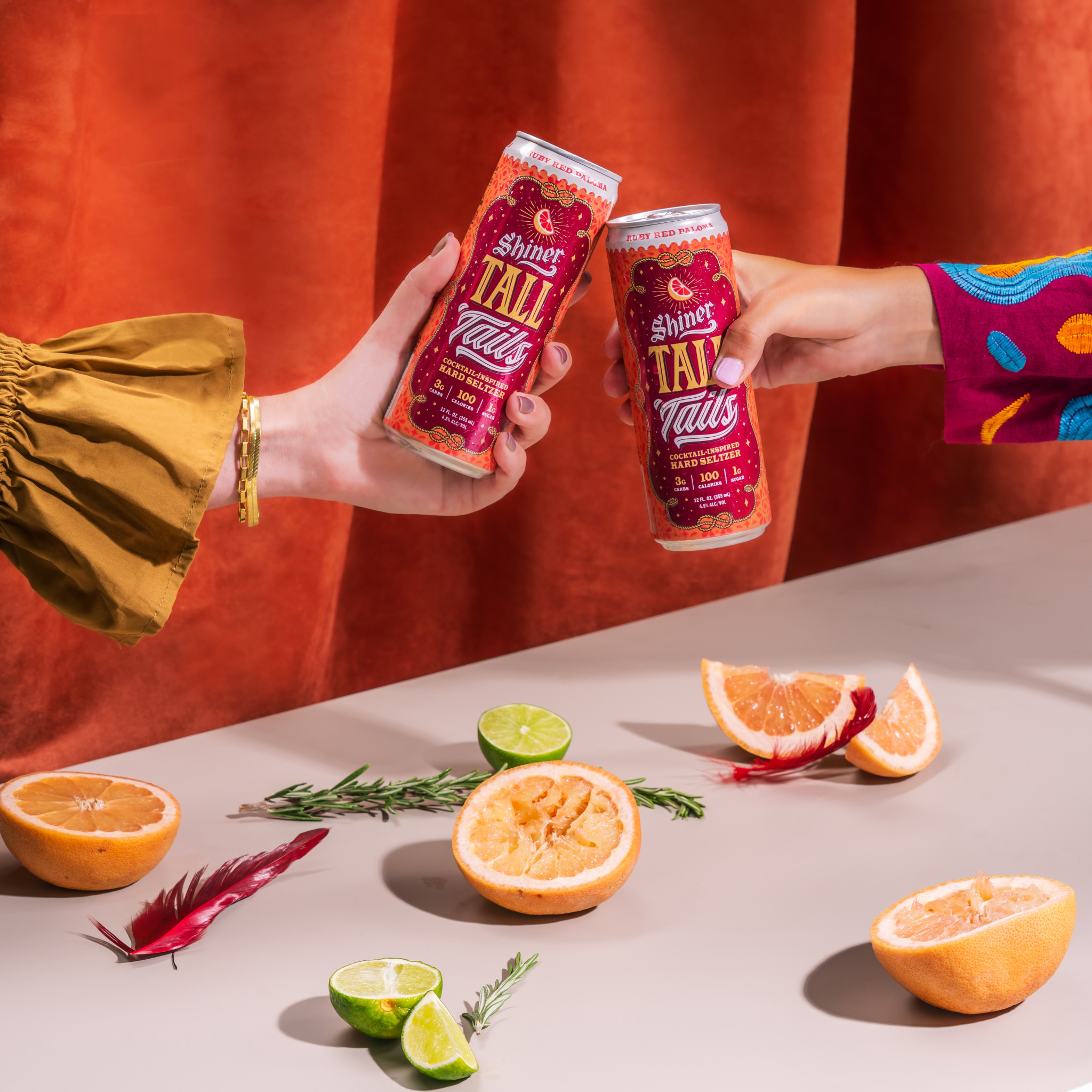 Consumers were initially drawn to seltzer for low cals/carbs, but have since grown to expect more from the category. While these benefits are the leading contributions to the appeal of seltzers, other areas for opportunity have developed. Hard seltzer is easy and convenient with an accessible price point. It’s also a non-polarizing choice as the body and flavor isn’t divisive.

With the explosion of new entrants and innovation within existing brands over the last few years, consumers have been returning to the category in search of something exciting and new to try– particularly post-pandemic.  But the category’s one-size-fits all approach alienated educated consumers.

Hard seltzer’s massive appeal has reached many different types of audiences. While many consumers are satisfied by current offerings, there’s not a lot of variation within the category. Despite a plethora of brands and flavors to choose from, certain pain points keep popping up among this group that most existing brands do not answer for.

Make Your Room Smell Like 2021 With Flaming Crap's New Candle