How The Happy Meal Continues To Bedazzle Kids After Four Decades

As a six-year-old, life is uncomplicated, or at least it used to be, and simple joys like some breaded pieces of chicken with french fries and a toy that transforms from a cheeseburger to a robot can easily be the highlight of your week.

At least it was for me, and given the decades-long popularity of Happy Meals, I don’t think I’m alone. But how did a McDonald’s boxed meal for kids come to be, how has it maintained its popularity, and what does the future of Happy Meals hold?

It might be difficult for some to remember a time when fast-food chains didn’t have a kids’ meal that included a themed package and a toy, or some other reward included with the meal. McDonald’s, already a quick service innovator, developed their version of the kids’ meal in the late 70s, inspired by a Guatemalan operator’s “Menu Ronald,” a special meal aimed at children eating out with their parents.

Although Yolanda Fernandez de Cofiño’s innovation did not come in an exclusive package or include a toy, the idea caught the attention of the big wigs at Golden Arches HQ, and work on the iconic Happy Meal started, with the first iteration debuting in 1979.

The impetus for the Happy Meal, and perhaps some of the inspiration, came from rival Burger Chef, who, in the late 70s, was McDonald’s biggest competitor. The chain started offering a boxed kids meal that included a toy in 1973, calling it the ‘Fun Meal.’

Not only did the Fun Meal’s contents inform the Happy Meal-which also included a burger, fries, dessert, drink, and a prize-but in 1978, the Indianapolis chain also pioneered the concept of a mega tie-in by featuring a Fun Meal centered around a little movie by the name of Star Wars. Kids would get collectible posters or punch-out droid puppets, as well as collector's glasses. Burger Chef would go on to sue McDonald’s over Happy Meals but ultimately lost.

The Happy Meal, as we now know, found inspiration from kids’ breakfast cereal. Bob Bernstein, a founder of communications and marketing agency Bernstein-Rein, observed his son Steve(who is now president and CEO of Bernstein-Rein )eating a bowl a cereal as a child, and noticed how he became fixated with the panels of the cereal box. He realized that for Happy Meals to be a hit, it would need the same kinds of artwork, copy, and puzzles that are so common on cereal boxes.

From there, he and his team designed a package for the kids’ meal shaped like a traditional lunch pail with the brand’s signature arches serving as the handle. The first Happy Meal box was circus-themed, and the toys were simpler items such as a stencil, erasers, or a faux-watch coin purse.

Though Happy Meals were a hit at launch, the kids meal-in-a-box would accelerate to warp speed later in 1979, when it became part of a tie-in promotion for the first Star Trek motion picture. Both the paperboard pail and the toy inside were Star Trek-themed, and all the toys were part of a set, encouraging children to return to the restaurant to collect them all. The cross-promotion and toy sets would become an indelible part of the McDonald’s Happy Meal. 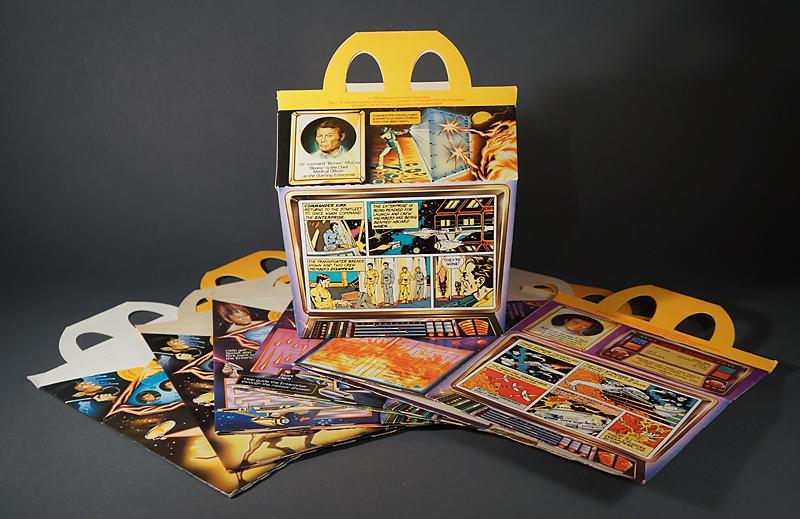 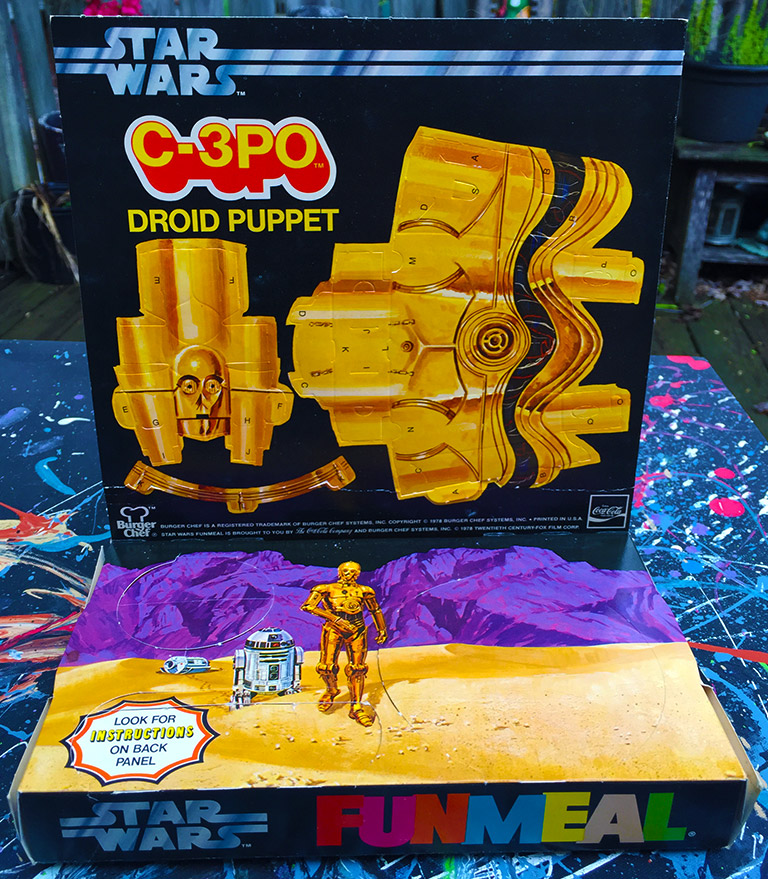 It’s not hard to miss the significance of promotional tie-ins with a brand with the reach of McDonald’s. Brands court McDonald’s’ for years before finalizing a deal, and it doesn’t come cheap, pointing to the value of being part of the McFamily from a brand or media company’s perspective. A previous ten year exclusive licensing deal between McDonald’s and Disney was reportedly worth $1 billion, about 90-minutes worth of Super Bowl commercial airtime.

While Happy meals are beloved by many-especially among those that grew up munching away on those fries, burgers, or chicken nuggets and going home with a chintzy trinket-it is not without controversy, with critics questioning the food's inherent nutritional value, the use of toys to market to children, and, of course, the excessive plastic utilized for a plaything that's not exactly known for its staying power.

All criticism aside, the Happy Meal remains a hit with kids, and it's estimated that McDonald's serves over 3.6 million little boxes a day, based on data released when they recalled a pedometer toy, as the burger chain typically doesn’t share detailed sales statistics on Happy Meals. 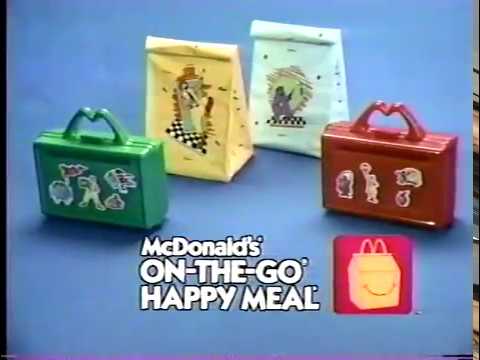 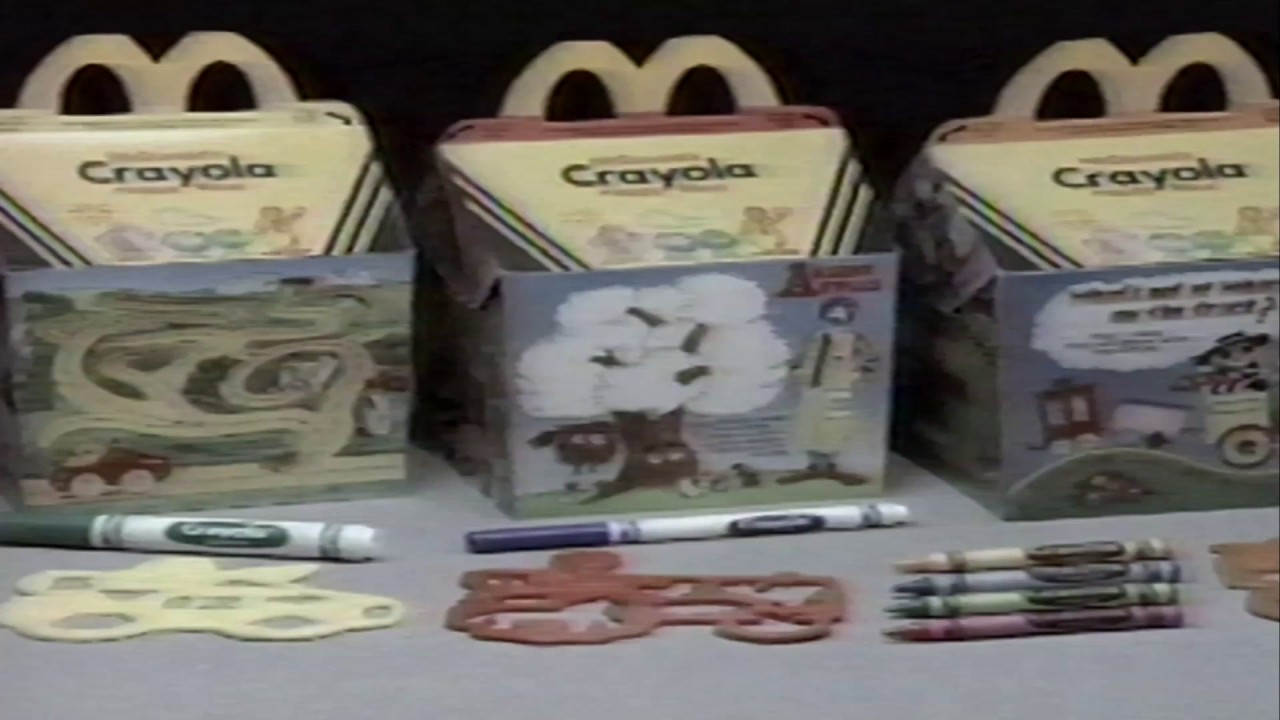 Happy Meals have endured where past experiments such as the McPizza and Arch Deluxe failed, and longevity might be due in part to the chain’s willingness to adapt and change the Happy Meals to accommodate prevailing consumer attitudes. The brand introduced Chicken McNuggets at a time when consumers were cutting back on beef, and in 2013, McDonald’s stopped promoting soda as a beverage option in Happy Meals, making reduced-fat milk, water, or juice the default. They’ve continued to make changes aimed at making the kids’ meals healthier, such as removing the cheeseburger as an option, while offering sides like yogurt and fruit in the place of fries.

Amid growing concern for the impact plastic has on our planet, especially concerning inexpensive giveaway items like Happy Meal toys, which will likely have a short play life before being tossed into the garbage, some members of the public have called upon fast-food chains to abandon the practice of including a plastic bauble with every meal. Regal rival Burger King has taken steps do away with toys, and McDonald’s, while not eliminating the chintzy plastic items from Happy Meals entirely, have at least begun to offer more sustainable alternatives in the form of a small book or fruit in the UK.

After four decades, the Happy Meal, lunch and dinner’s answer to the cereal box at breakfast, has endured thanks to fun and whimsical packaging, usually with a beloved, well-known character or two, in addition to enormous promotional power and McDonald’s commitment to adapt their core offering to consumer changes and public feedback.

The Happy Meal of the future might consist of a completely different menu and the absence of a cheap plastic toy, but it will likely means kids still asking for McDonald’s, incessantly so, prompting moms the world over to proclaim that there’s “food at home.”

Anorak Is A Whiskey For Fans Of The Unusual