The 8 bottles of meal replacement shake in the box correspond to different planets in terms of the function of each shake. The box also helps to arrange a one-week calories control dietary by connect each day with the corresponding planet, i.e. the bottle of Sun is arranged to be drank on Sunday. The bottle uses real planet graphics which is authorized by NASA IMAGE.

The reason why this meal replacement shake uses the concept of stardust is that the basic nutrients in human body is similar as the elements in the universe. Just like the saying goes, ‘Every atom in your body came from a star that exploded.

The outer packaging of the box is depicted as a quiet and mysterious space. There is a calendar card which is the design of the hollowed out structure inside the box. The card is placed on the top of the bottles. The user could see eight rounded-out planets through this calendar card. 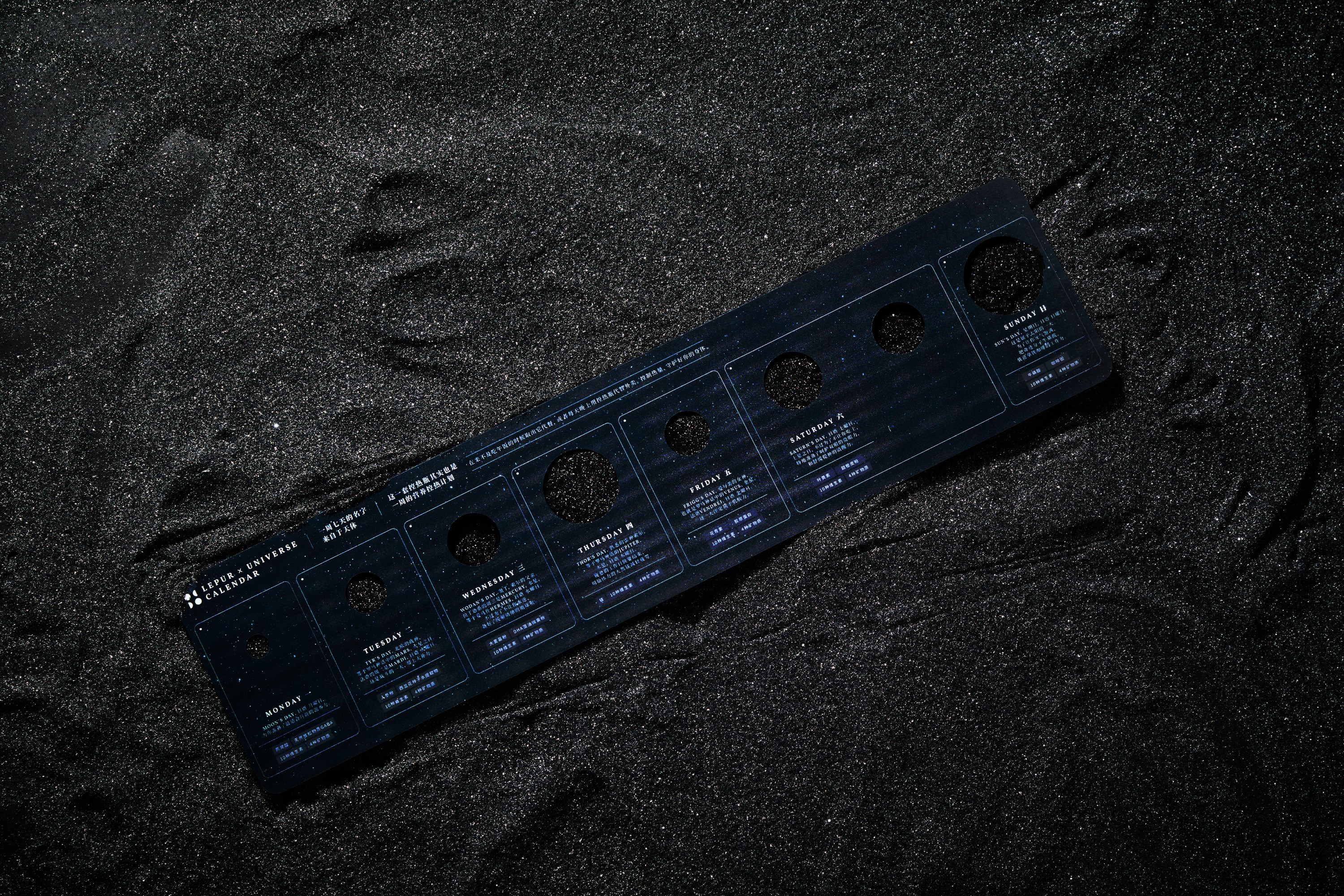 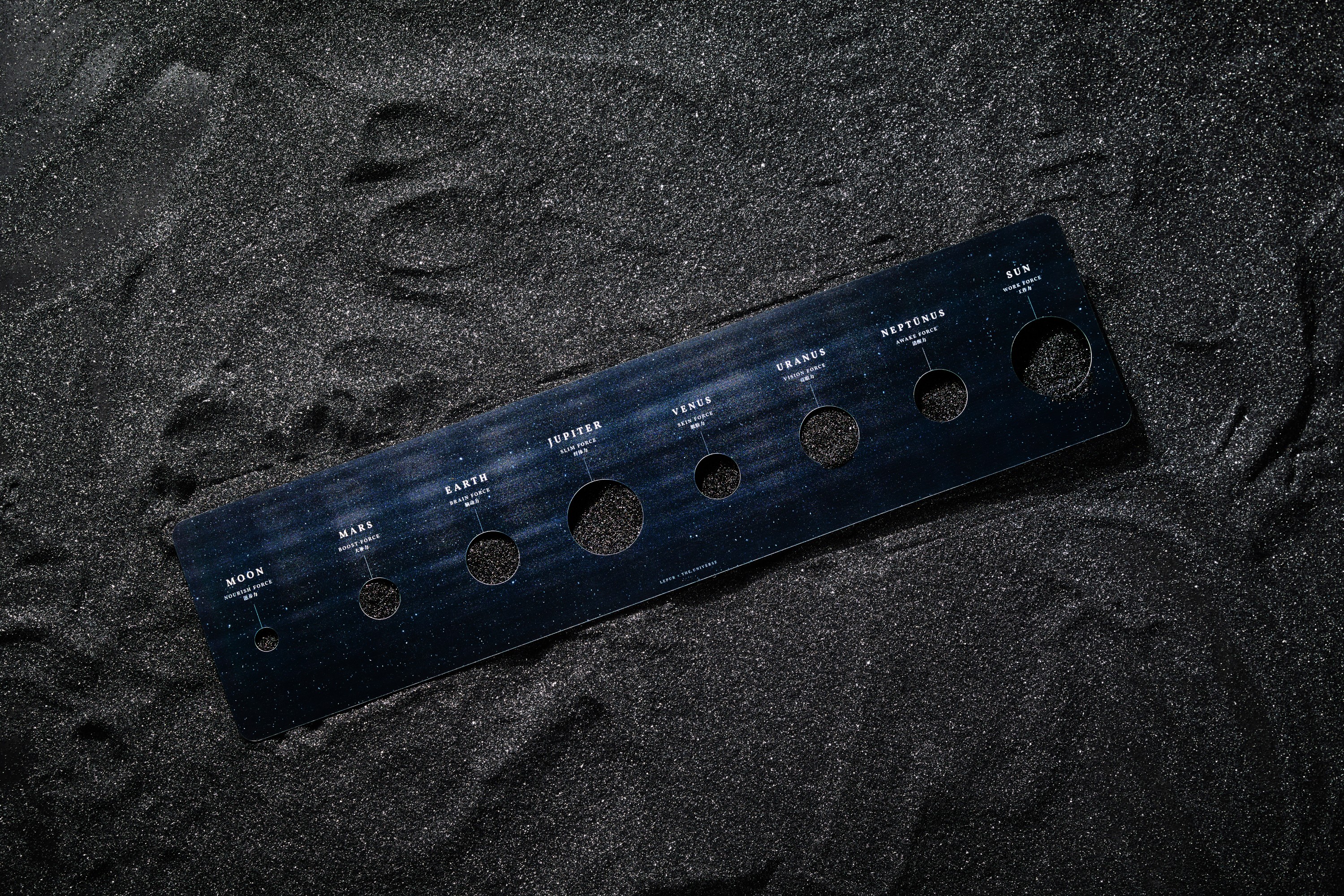 The box also comes with a special postcard. The front of this postcard is the snowflake screen of the old TV. It represents for the universe’s first light. This postcard is the representation of the most long-lasting existence, which is pretty suitable to be sent to someone you love. 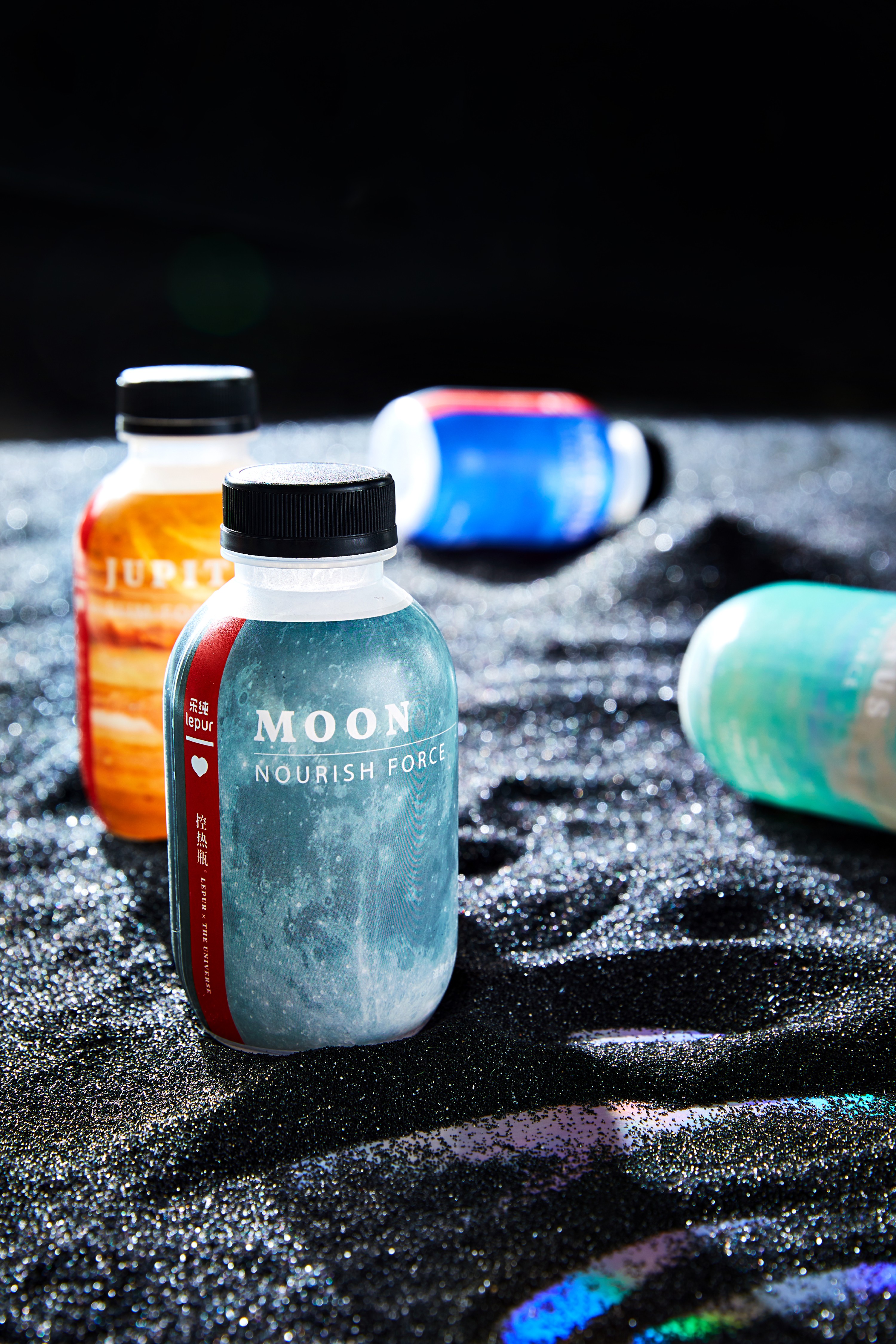 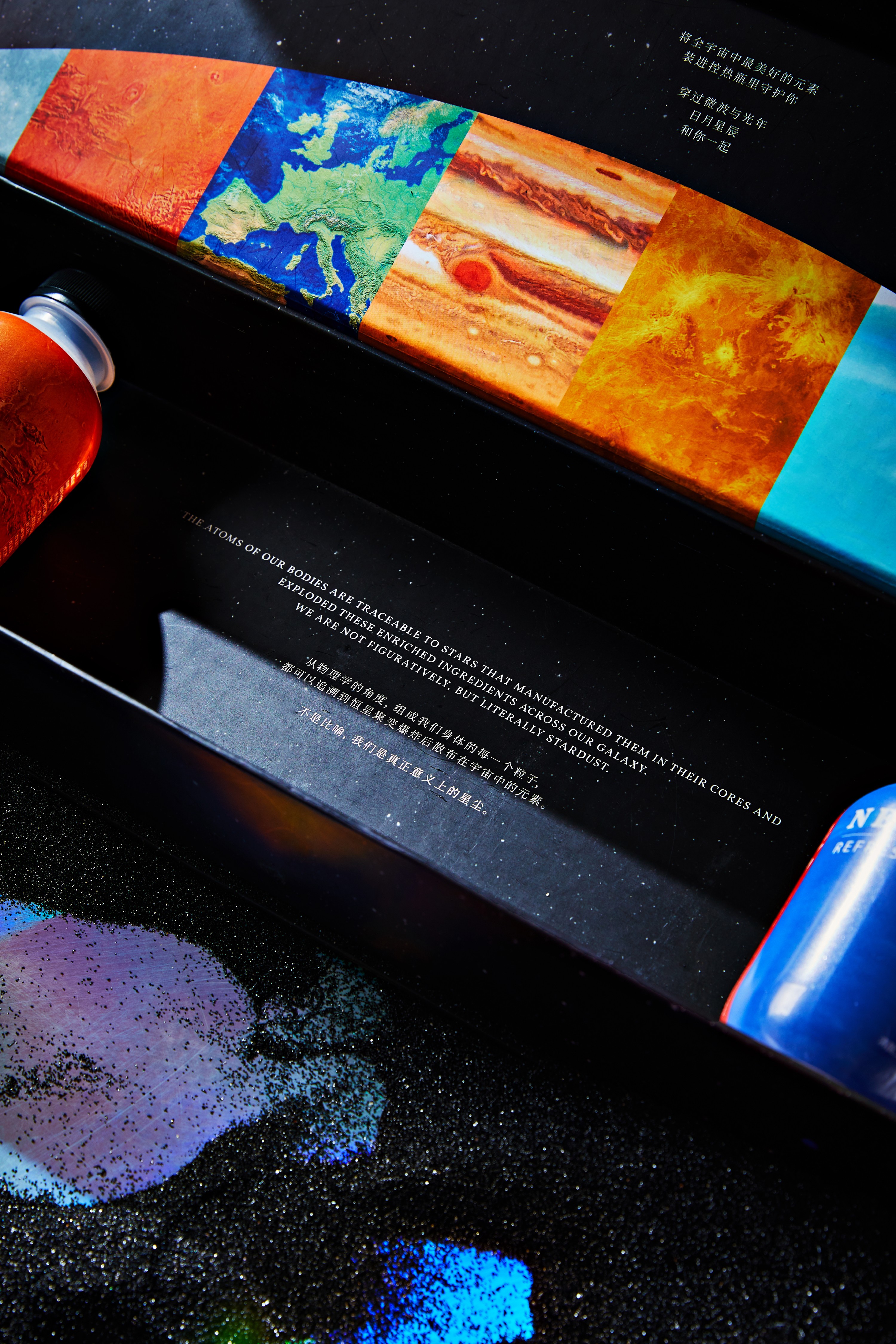 There are also eight bulbs that do not need to use battery to light up in the box. After drinking the meal replacement, the bulbs can be used to light up the bottle, so the bottle can be used as a special and beautiful light.