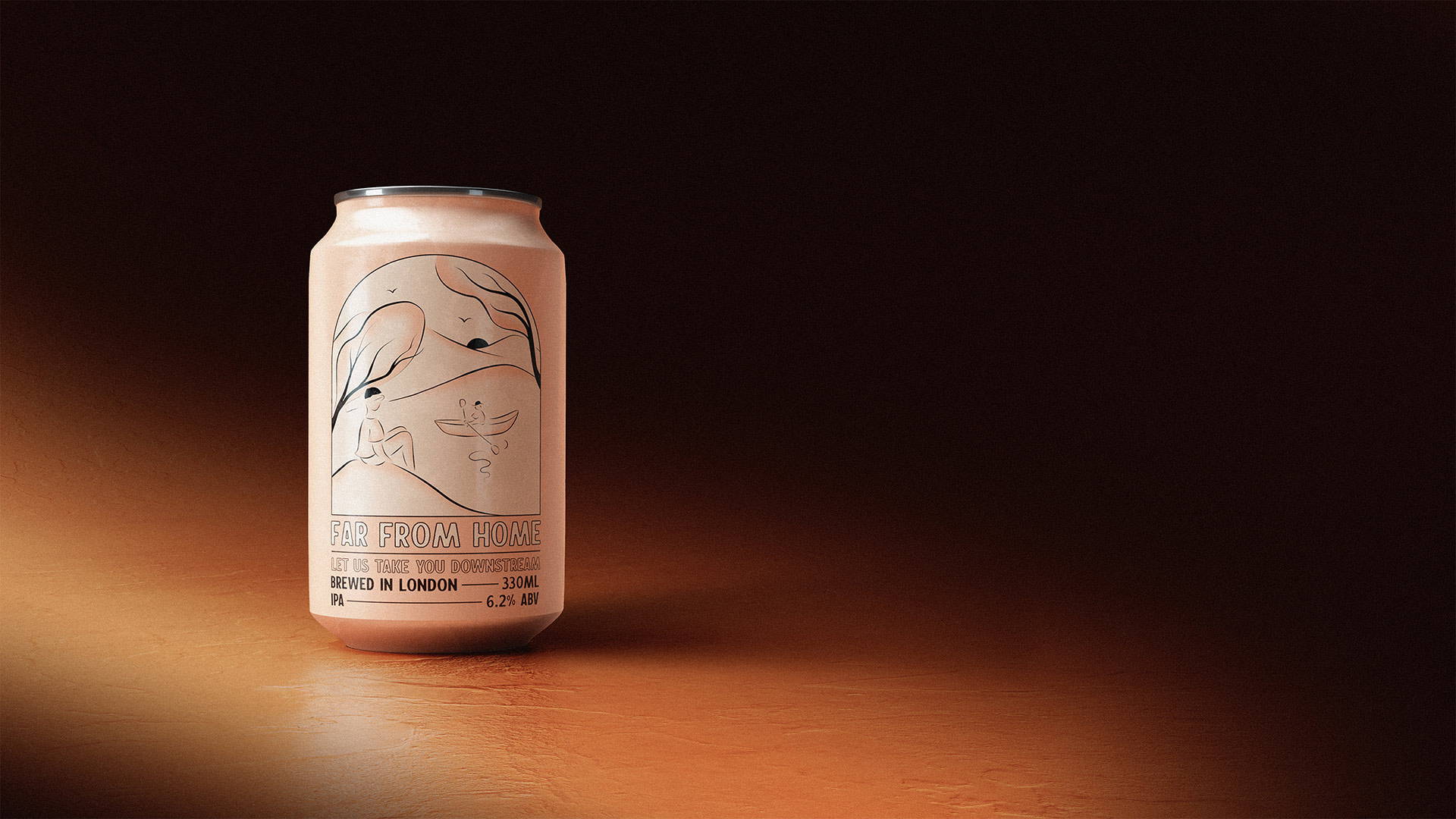 Far From Home Brings Augmented Reality To Your Drinking Experience

You know when you drink too much and you feel like the room is beginning to move? Well with Far From Home, that movement won't just be because you have one-too-many sips, it will be a result of the augmented reality you're experiencing. Utilizing a beautiful illustration of a boy on a shore, watching another character row in the river, Far From Home begins building a monochromatic world straight out of a children's storybook. The hand-written typeface is both charming and alluring, giving the consumer the sense that they're drinking with a childhood friend.

The beer design is a departure from other beers, who might opt for flashier colors and fonts, but thankfully, Far From Home strikes the perfect balance of technical savvy and childhood nostalgia.

Far From Home is an Augmented Reality Beer.

Studio Morfar created this project in partnership with Ferment magazine, to explore what the future may look like for branding and packaging within the brewing world.

An excerpt from the feature article published in the November edition of Ferment:

"One of the ways Studio Morfar is helping brands to think more imaginatively is Augmented Reality (AR) technology, which is seeing a real comeback after a bit of a false start in the early 2010s. The tech is really blurring the lines between physical branding and online spaces, to the point that breweries should think about both at the same time. "We can marry equally wonderful on and offline mediums to create something new and exciting, like AR beer can labels," Torsten suggests.

"We can take a beautifully-designed, brilliantly printed label that springs to life when you hover over it with your phone's camera. You can have a spectacular animation that flows out from the can and pulls you into an immersive world of interaction, with hovering friend recommendations, interactive tasting notes and details about other beers that are available in the range." ---

The design that Torsten and Alysha (partners in work and life) put together expresses the feeling of a summer evening in the Stockholm archipelago - a setting Torsten spent much of his childhood in and a place Alysha has fallen in love with after being given an introduction to in recent years.

It’s Time to Kill the Swoop