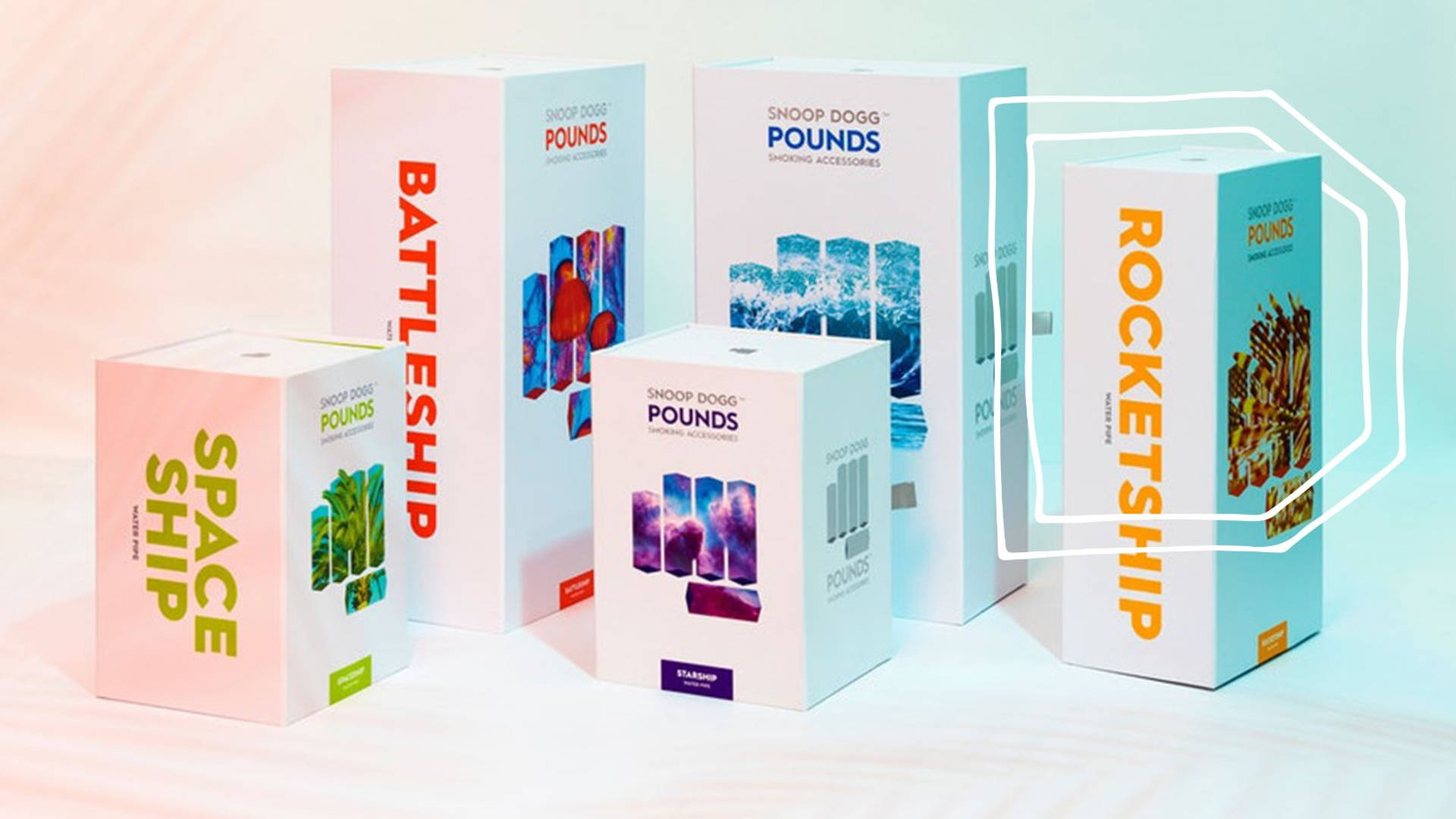 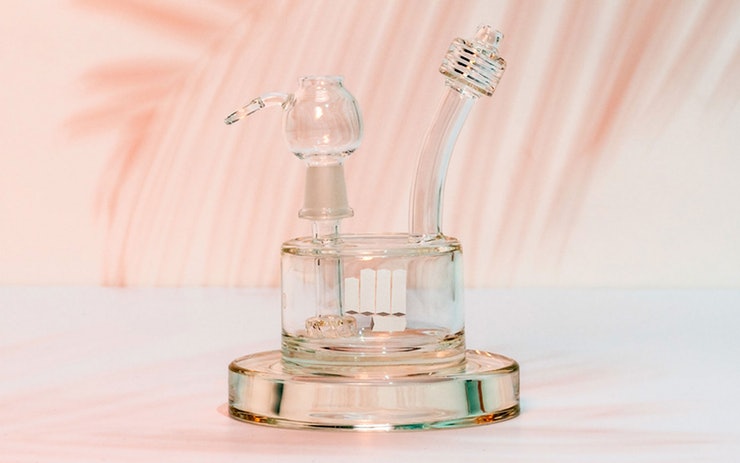 So when 90s gangsta rapper, youth football coach, Martha Stewart BFF, and cannabis entrepreneur Snoop Dog sought out an agency to give his new line of smoking accessories the kind of premium, upscale identity that matches the industrial design of the Famous Brandz bongs, he went to the beloved firm Pentagram. 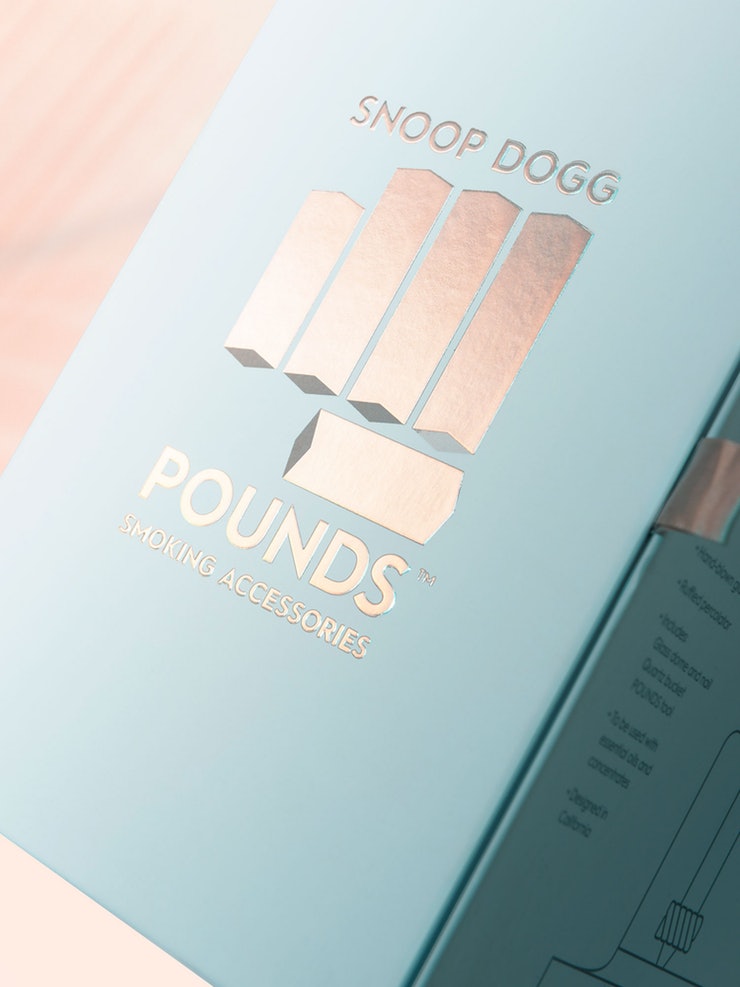 Snoop Dogg POUNDS eschews most stoner tropes in the branding and packaging design, although the range does have a space ship motif throughout the packaging and product instructions (which is also called a “flight manual,” FYI). Each pipe is named after a galactic vessel, from “Space Ship,” a simple angled water pipe, to “Mother Ship” which has a few more features such as percolators. Each bong has unique color and imagery, both derived from a California aesthetic meant to give the brand a casual, good times vibes. 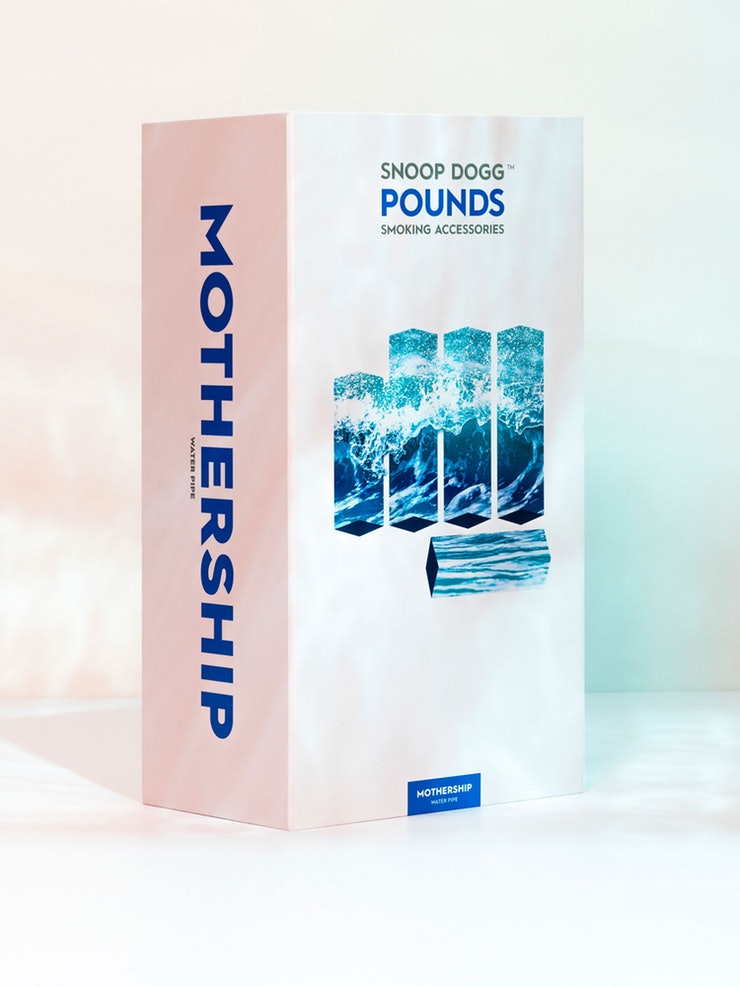 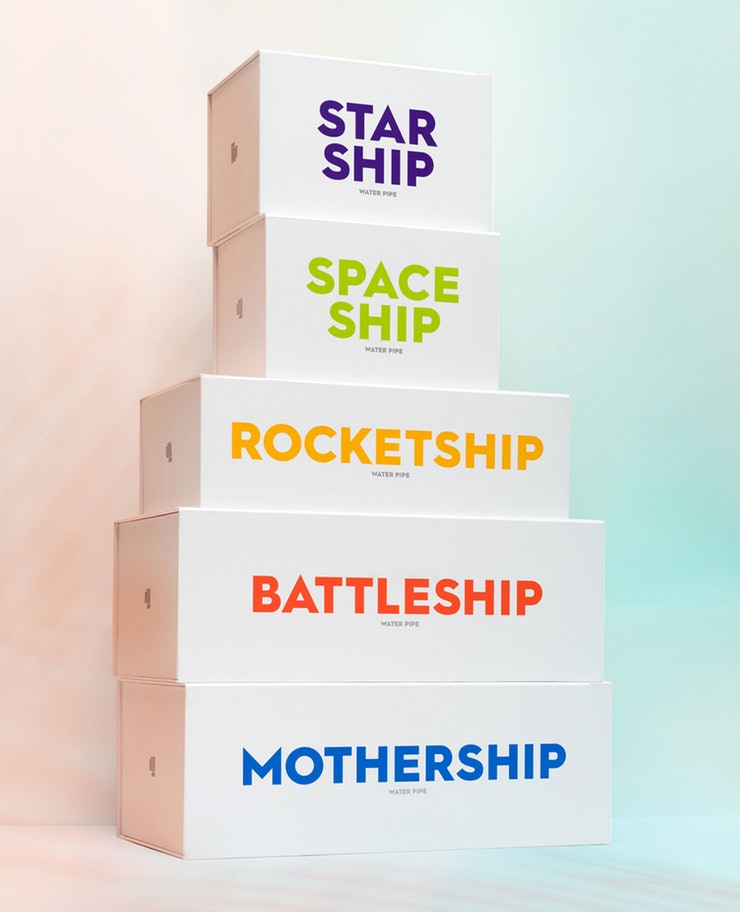 The boxes, which Snoop wanted to look and feel luxurious enough to be kept as a collector’s item, were almost certainly inspired by Apple’s white, minimal design. Each heavy cardboard box features a hinged door, pull-ribbon and magnetic closures. The front is minimally laid out, with the logo in the product’s color with ethereal imagery like palm trees, pools, and the ocean. You know, basically, all the places you want to be stoned, preferably with a flotation device. 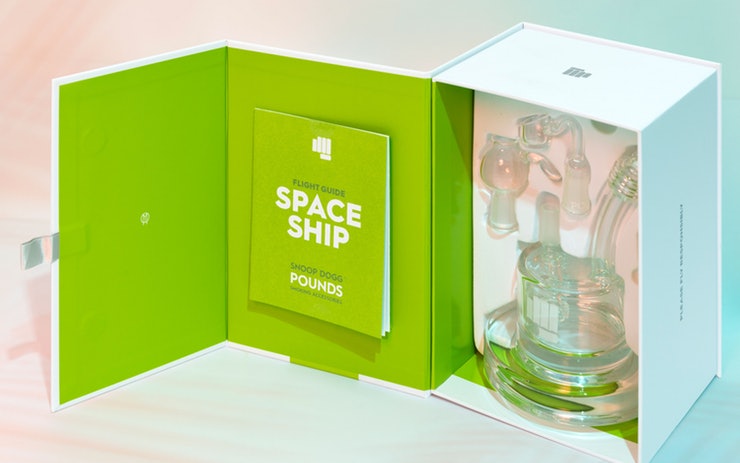 The back features a detailed line drawing of the water pipe, along with another Apple nod with Snoop describing the pipes as being “conceived in outer space and designed in California.” The pipes and accessories are held in place by a custom-molded flocked PVC insert, and the final luxe touch is the use of silver metallic ink. 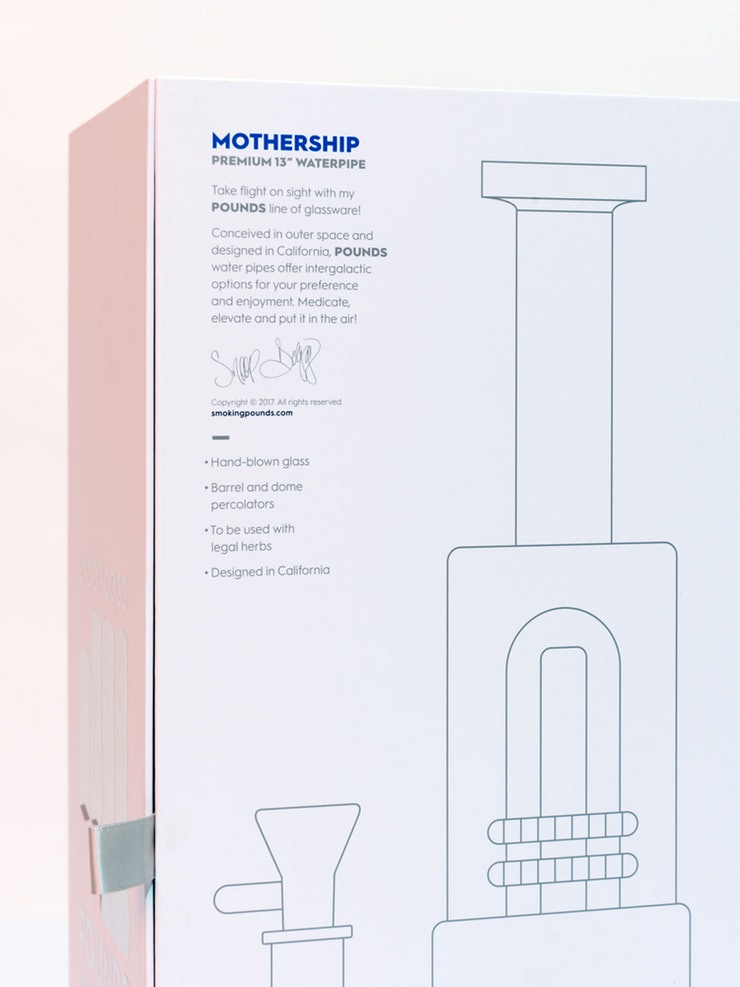 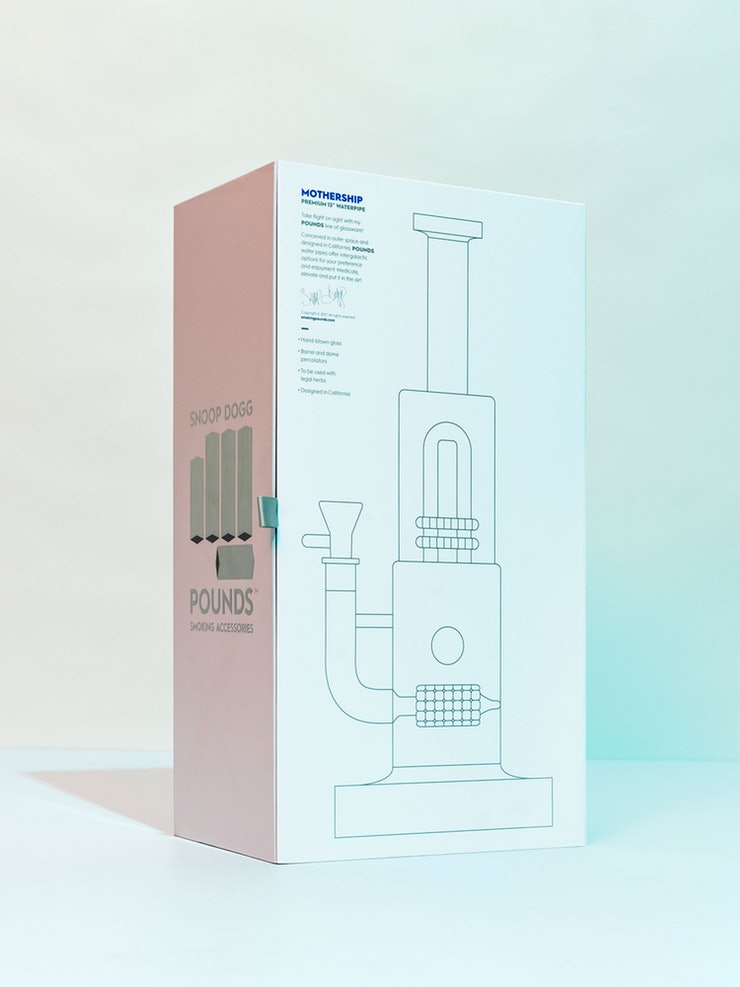 Each water pipe in the line has a distinct color and design elements that tie the brand to Snoop Dogg’s cannabis product line, “Leafs by Snoop,” a previous collaboration with Pentagram. Even the brand name is a callback to Leafs, or LBS, which can also stand for the actual unit of weight, pounds, or the ever-popular greeting of "pounding fists," or whatever your retired father-in-law refers to it as. 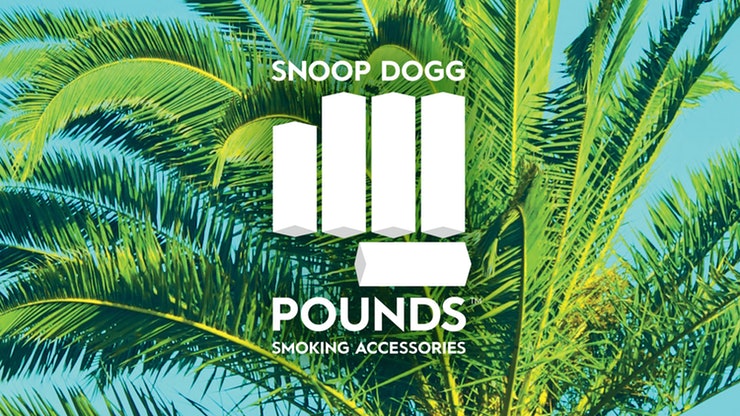