We Love This Concept Design For A Deodorant

Deodorant, for most, is a part of the early morning routine before starting your day—or maybe even the best gym partner you know— that helps keep your underarm odor in check if you’ve been known to release some serious B.O. Because deodorant is the silent, invisible protector keeping your underarm funk from reaching your fellow coworkers, design student Mayya Mikhaleva chose to use this as the inspiration for the focal point of her design by creating illusions.

Blown away by the sheer creativity and execution of the concept, we spoke with Mikhaleva to get the low down on the process and inspiration behind the final product she created alongside Pavel Gubin. 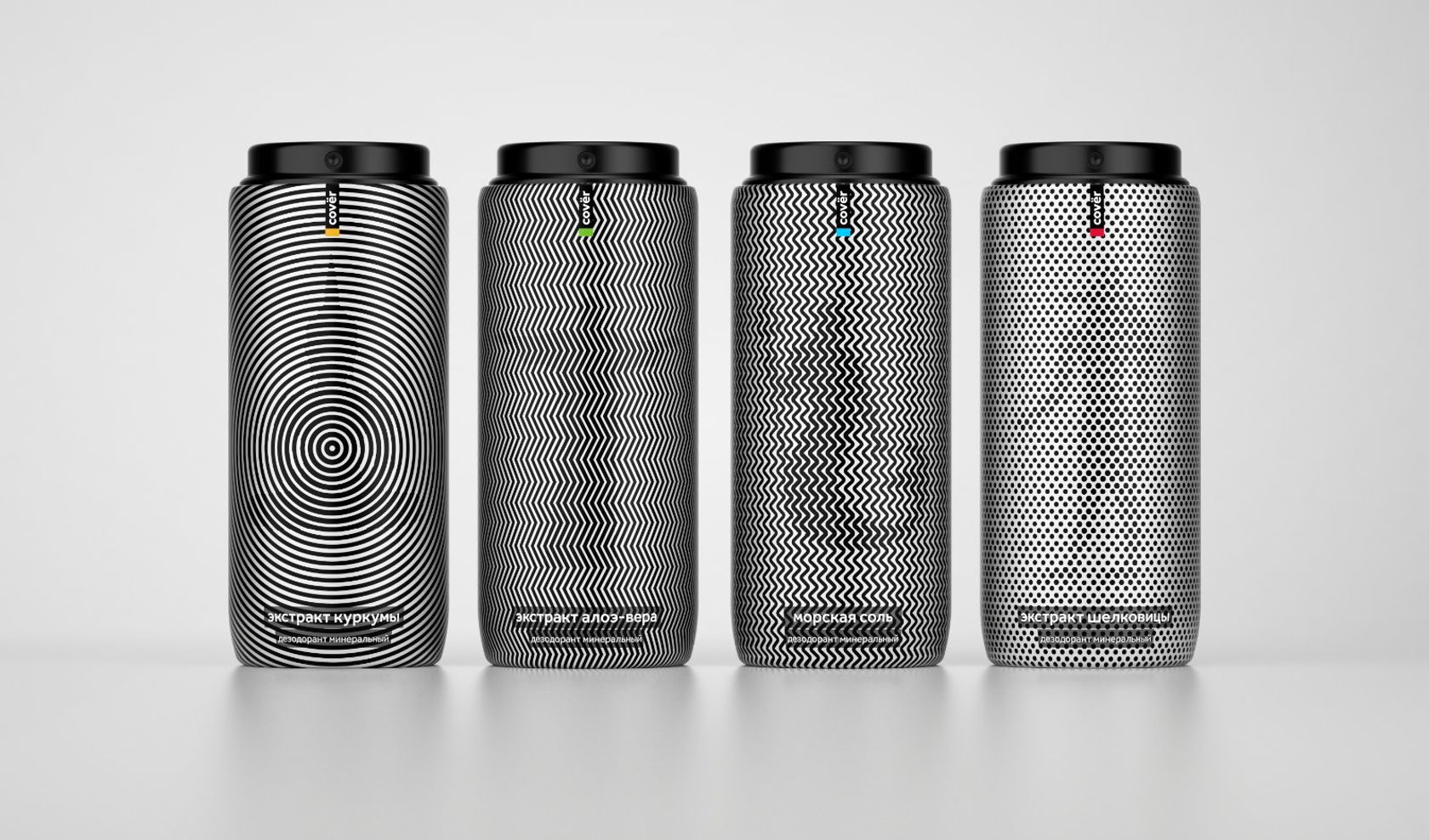 How did you and Pavel Gubin create the defender on the cans?

In this project, I was free to choose both the packaging design and the properties of the product itself. My target audience was progressive young people (Millennials). We conducted a study and realized what is important to them: naturalness, usefulness, no scent, and good protection. Based on this, I chose a mineral deodorant, odorless and with natural healing extracts.

We began to think about the images of the invisible defender-and then came to make such images and such a pattern. 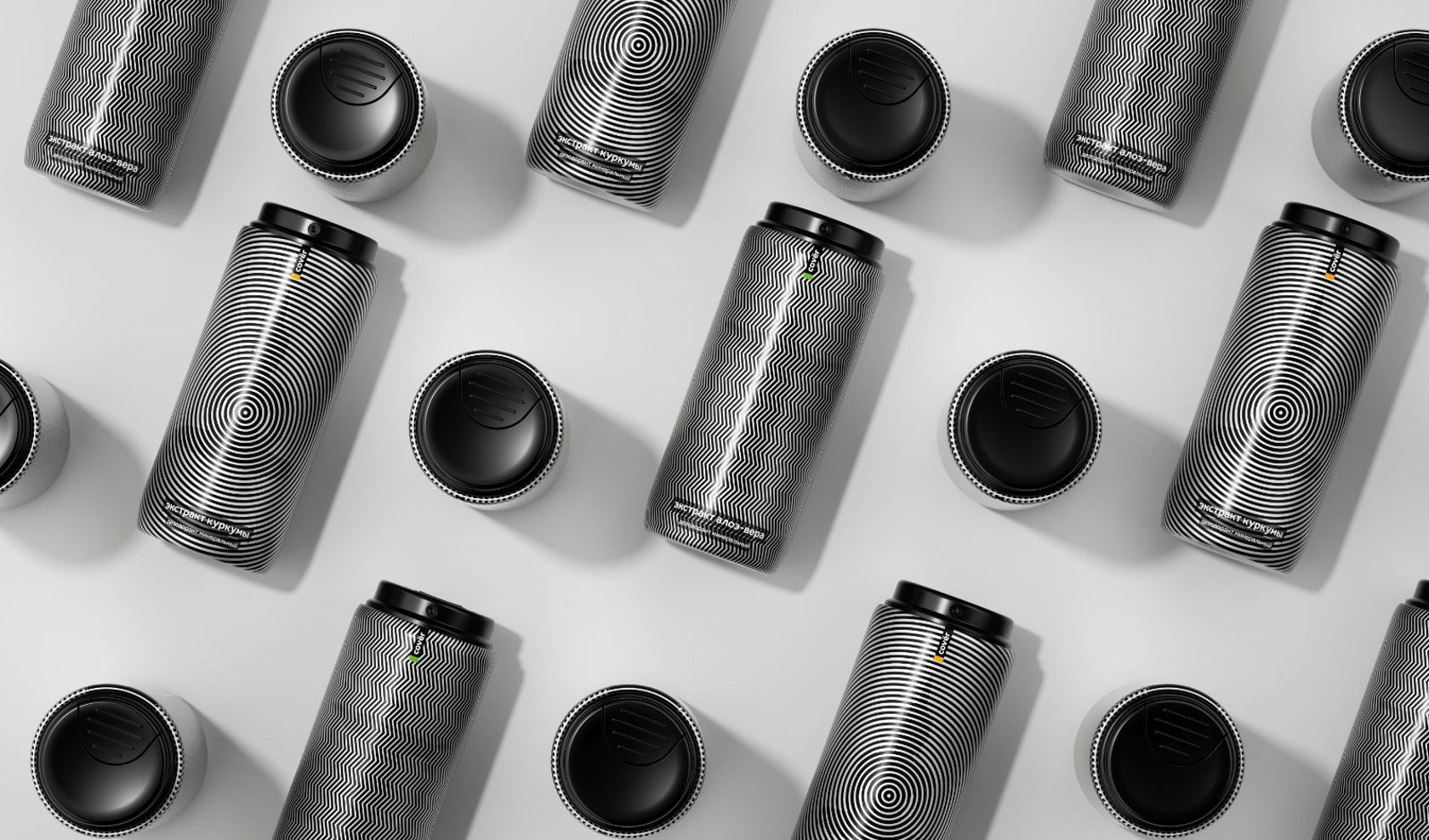 At first, there was a plan that they reflected each structure, but the connection was not always obvious and violated the concept. So I decided not to associate the image of the defender with the content of the product and left the main point — the image of the protector.

I chose these images because they symbolize the "invisible protection" of different cultures and eras of humanity, and my deodorant is positioned as invisible protection. As such, I picked the most recognizable, meaningful and important images easily read in silhouette - Jesus, Buddha, Poseidon and Anubis. 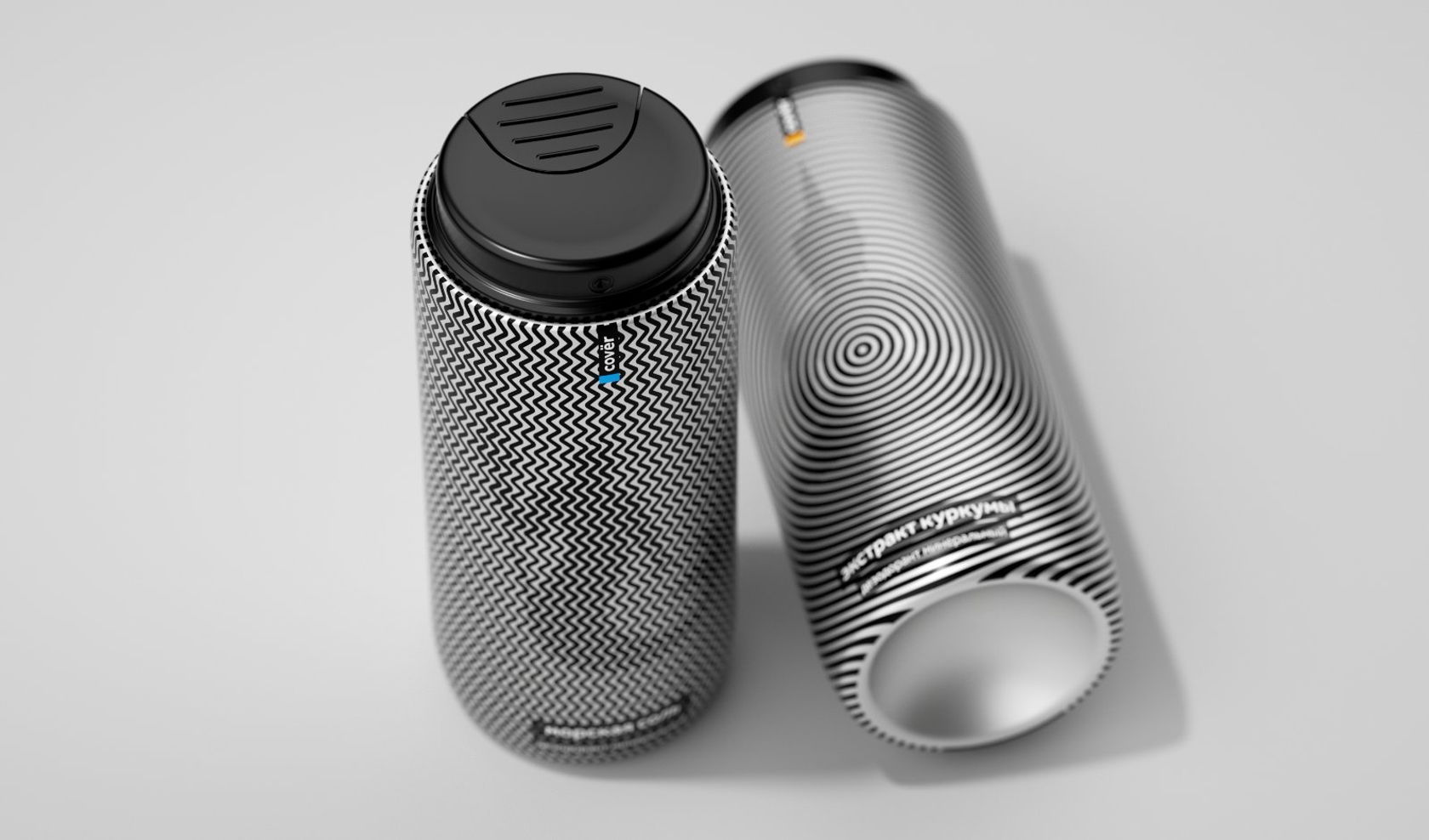 What is the ethos of Cover?

I wanted to make it nontrivial, progressive and unusual, and for the character to be brave and independent. 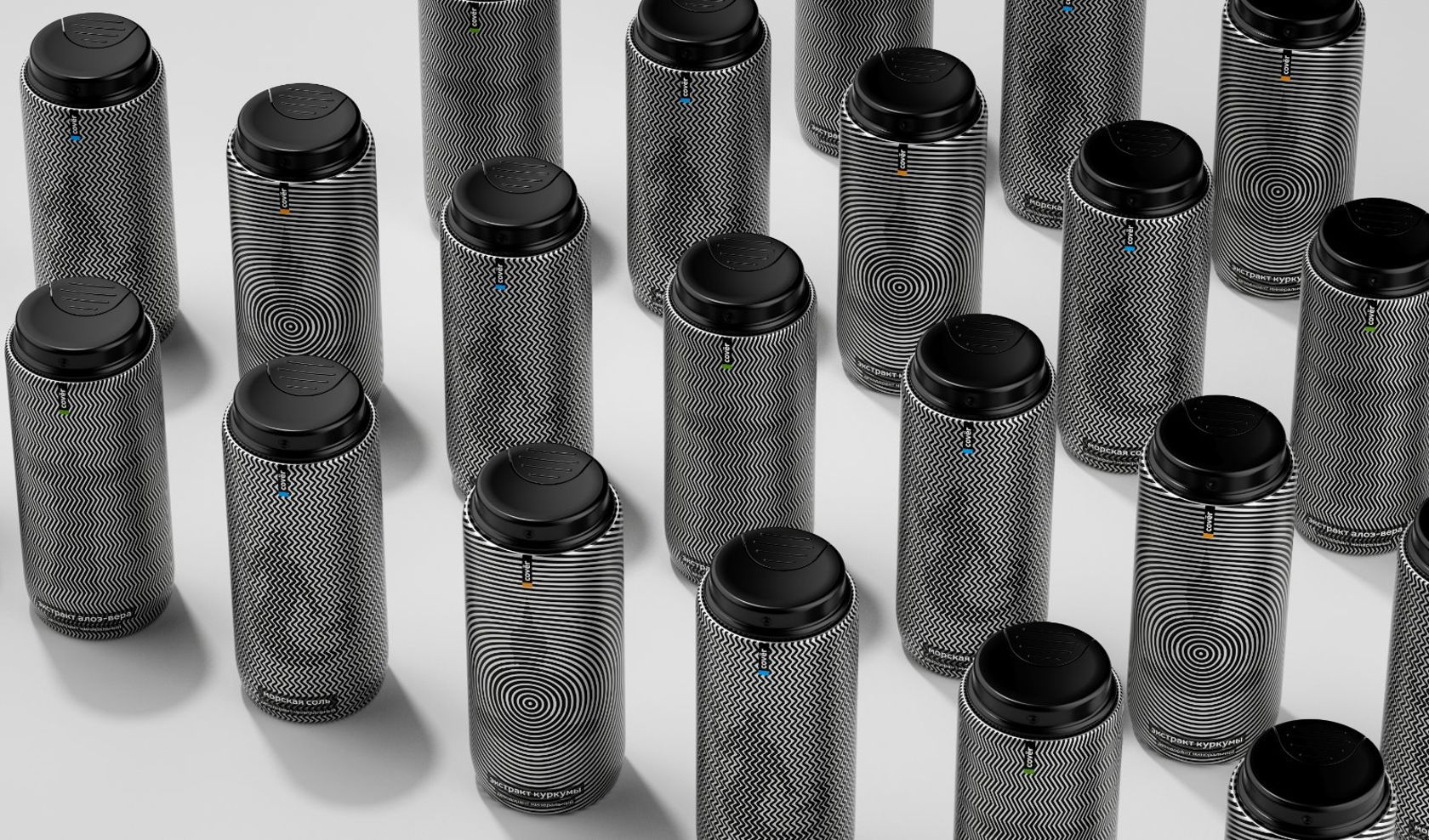 Walk us through the design process of this concept. How did you go from start to finish on this project?

It was not an easy task to show invisibility.  How does one show the invisible? There were many different options — transparency, blurring, but those weren't quite right.

Then I thought about the deception of vision and the illusion as well. I considered different options and ways to create illusions.  Most of all, I liked the technique of creating an illusion through a pattern. I created four patterns in the vector and separately drew the silhouettes of each defender. From there,  I duplicated the patterns to create a mask and applied this to each can.

In some images, silhouettes do not need further adjustment and immediately formed an illusion like for Buddha and Jesus, while the other two, Anubis and Poseidon, I had to increase the size of the contour pattern inside the silhouette.

When creating the form, Pavel and I strived for simplicity and adaptability, so that nothing distracted from the image of the defender, kept it unique and supported the whole concept. Pavel then created cool 3D models, so there were no difficulties when applying a visual image to them. 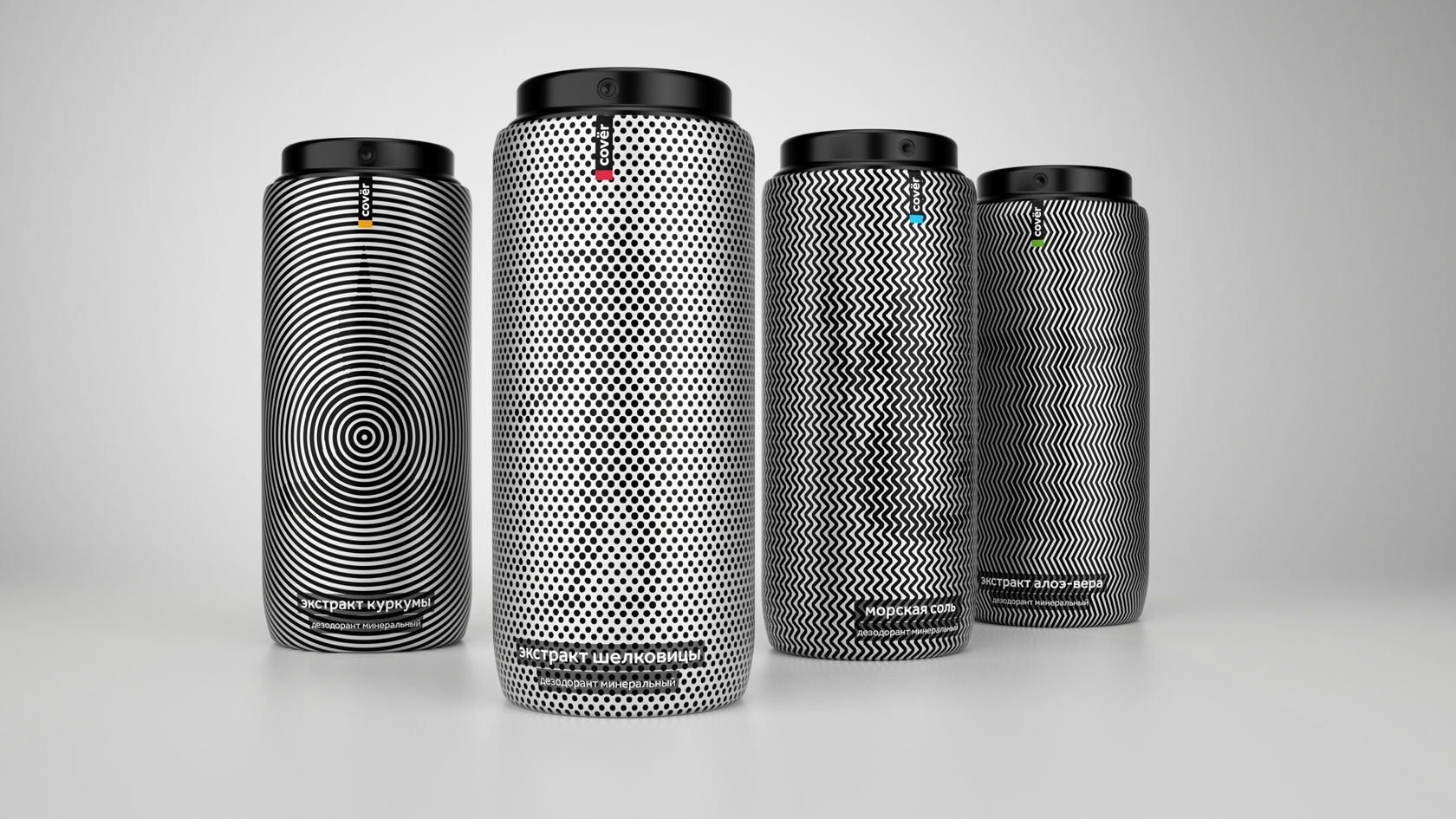 As this product is a concept, do you have plans of launching it into reality?

As I said, this is a student project, so there is no plan to launch it.

But, of course, I would. If someone decides that it’s possible to implement it to make a real product, I am ready to cooperate. I would be very happy if it came to life and began to exist in the real world, not only within the screen. 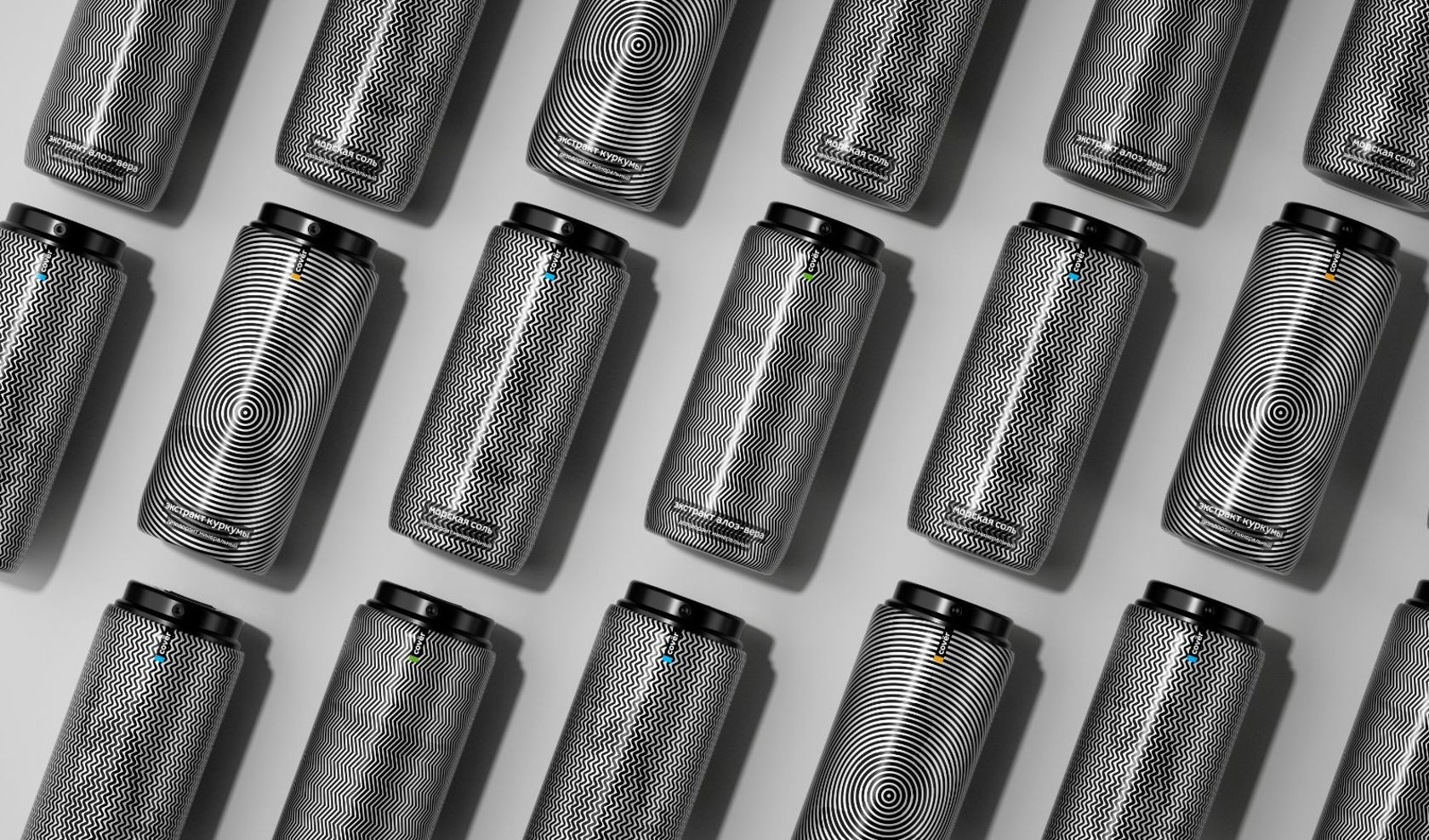 We Love This Skincare Line's Luxurious and Minimalistic Look