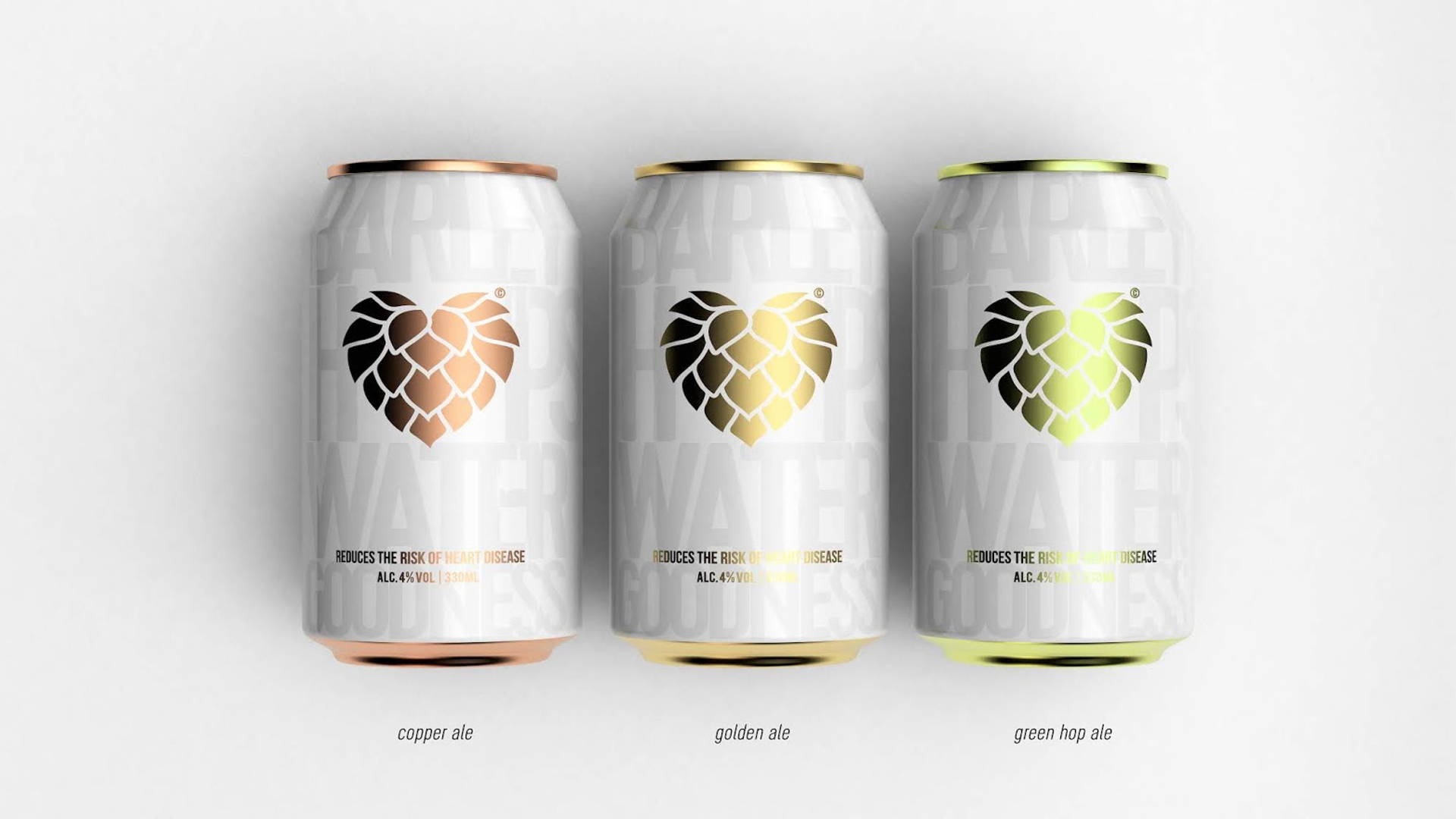 When you hear the word beer, your mind probably contemplates a few things: parties, sports, sports balls, hot wings, keggers, dad bods, your obnoxious friend who only drinks IPAs and, of course, the infamous beer belly.The latter automatically convinces you that beer is not exactly the healthiest drink of choice. How could it be when you're essentially knocking back liquid calories and carbohydrates that leave you feeling bloated?Well, PB Creative, a branding and design agency based in London, delivered Hop Heart, a craft-beer with high levels of vitamin B6 known for reducing the risk of heart disease.

Just as the name states, the focal point of the can is a heart-shaped hop that changes color based on the type of brew – green, gold and copper. The background of the can displays ingredients like water, barley and yeast in big, grey block letters to showcase the company's dedication to their all natural ingredients.Co-director Ben Lamberts says, “There is definitely a gap in the market for a beer that promotes its health benefits while retaining authenticity. We challenged ourselves to create a brand that is simple in its execution and delivery of communication, and which would appeal to a modern-day consumer.”So, what exactly are the health benefits of beer, if any?It's more than just empty calories. Beer contains nutrients like fiber because of the grains needed during the brewing process, as well as trace amounts of calcium, iron, magnesium and more based on varying ingredients. Of course, “trace amounts” doesn’t mean you should go to the gym less or skip out on your greens and soy for a brew to reach your iron and calcium levels for the day.

A study conducted at Harvard discovered, “middle-aged men who drink alcohol only occasionally appear to reduce their risk of developing type 2 diabetes by increasing their alcohol consumption to about one to two servings a day of beer, wine or liquor.”Other benefits include preventing diseases of the heart and circulatory system and improved eye health because of the antioxidants found in certain ales and stouts.  However, unlike most lists you see on the internet, there is insufficient evidence to back beer's prevention of Alzheimer's disease, anxiety,  osteoporosis, cancer and kidney stones.At the end of the day, beer, just like most things in life, is best when consumed in moderation, despite how delicious and life-affirming it might be. Too much of any one thing isn't that good for you.