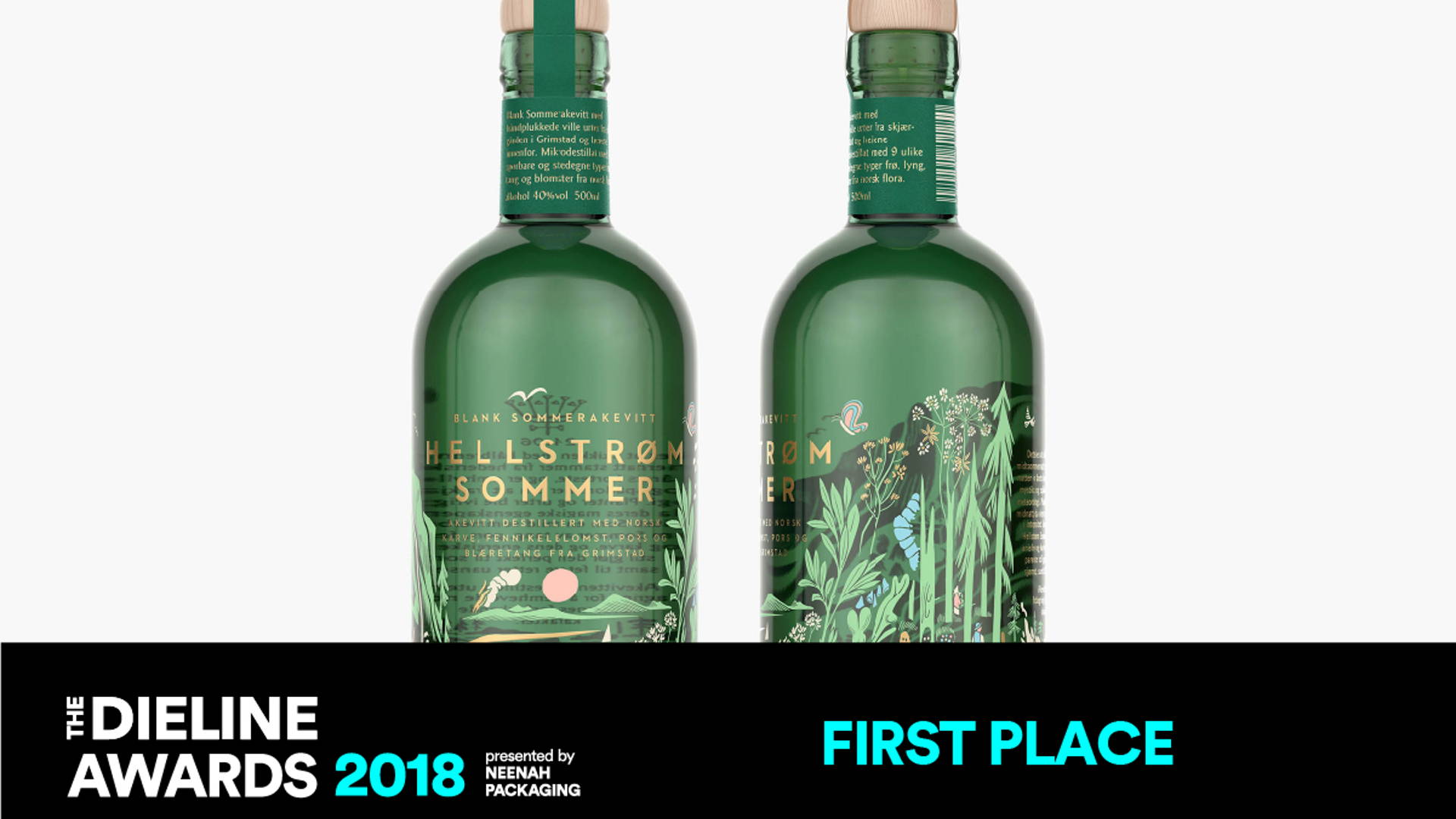 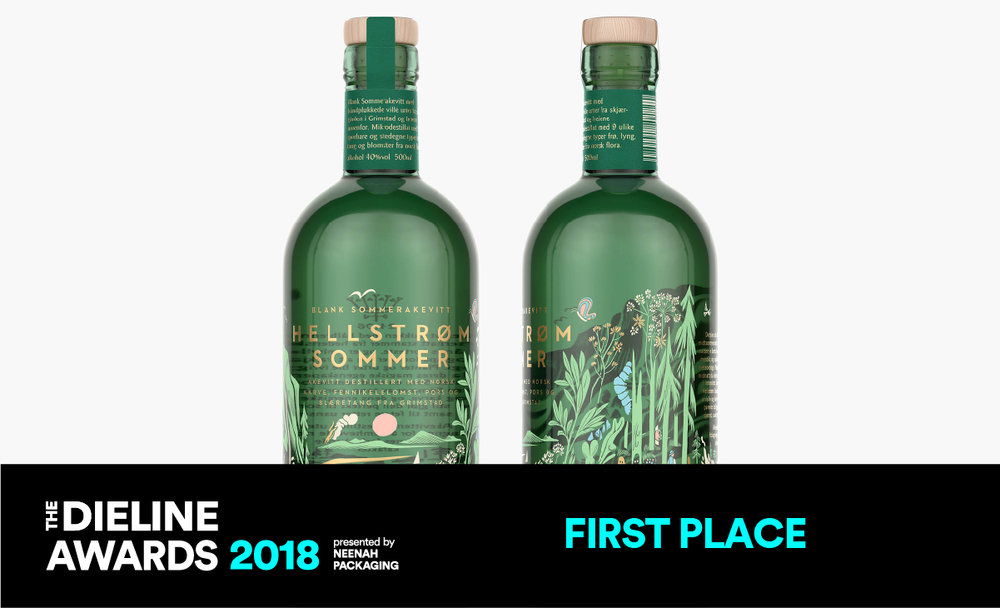 Hellstrøm Sommer is an un-aged Aquavit distilled from endemic Norwegian herbs and seaweed. The product is part of Michelin Star Chef Eyvind Hellstrøm's range of Norwegian spirits and the goal was to transmit a contemporary look and to reflect the non-traditional ingredients while also embracing the magic feel of the ephemeral Norwegian summer. 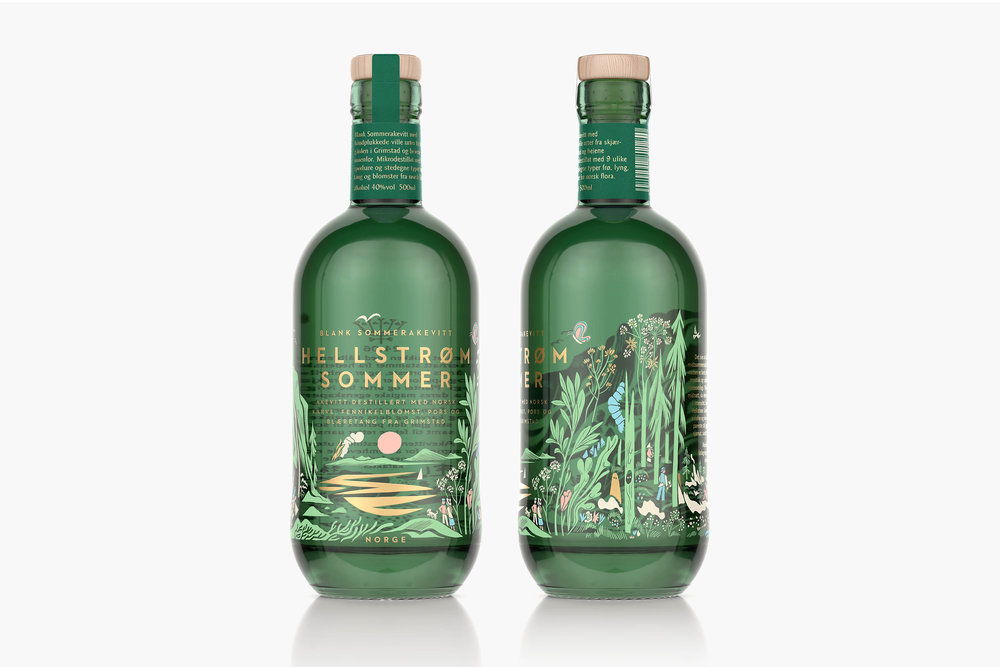 The visual narrative takes inspiration from the pagan myths and connected to the Norwegian midsummer night of the 24th of June better known as Sanktans. Midsummer night is marked with its own symbol on the wooden agricultural calendar called Primstav. Midsummer is the longest night of the year and thought to be one of the most powerful; loaded with folk tales of witches and trolls, legends and traditions. It was believed that medicinal herbs and flowers had their strongest power if collected this night. 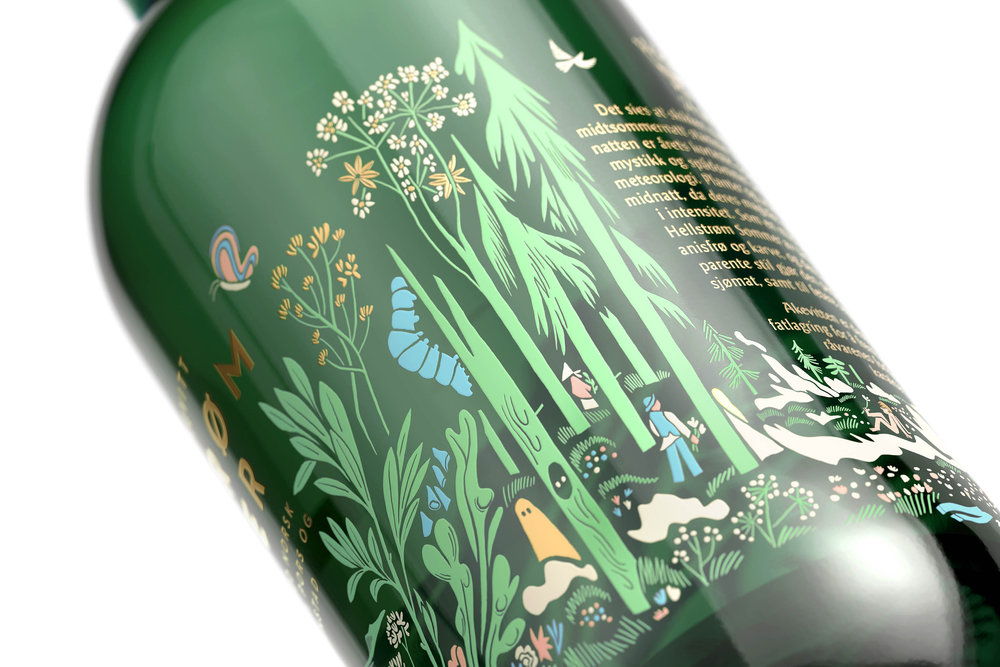 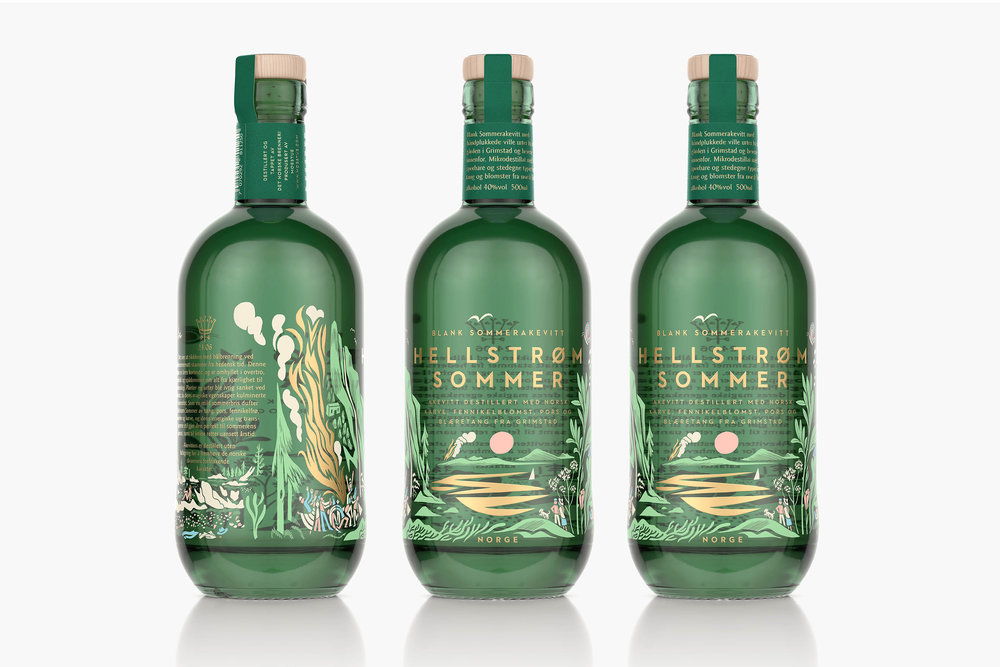 The emerald green glass contributes to a feeling of magic and “potion”. The bottle is used as a canvas to portray some of the traditions and rituals belonging to Midsummer night including herbs and flowers used in the distillation.

The illustration is a fantasy Norwegian landscape with mountains hills and water (also this believed to hold magical powers on Midsummer). Looking closely the illustration depicts seaweed, flowers, herbs, a caterpillar and a butterfly, symbols of rebirth and nature’s magical awakening. Also a large bonfire loosely inspired by traditional Norwegian landscape paintings. 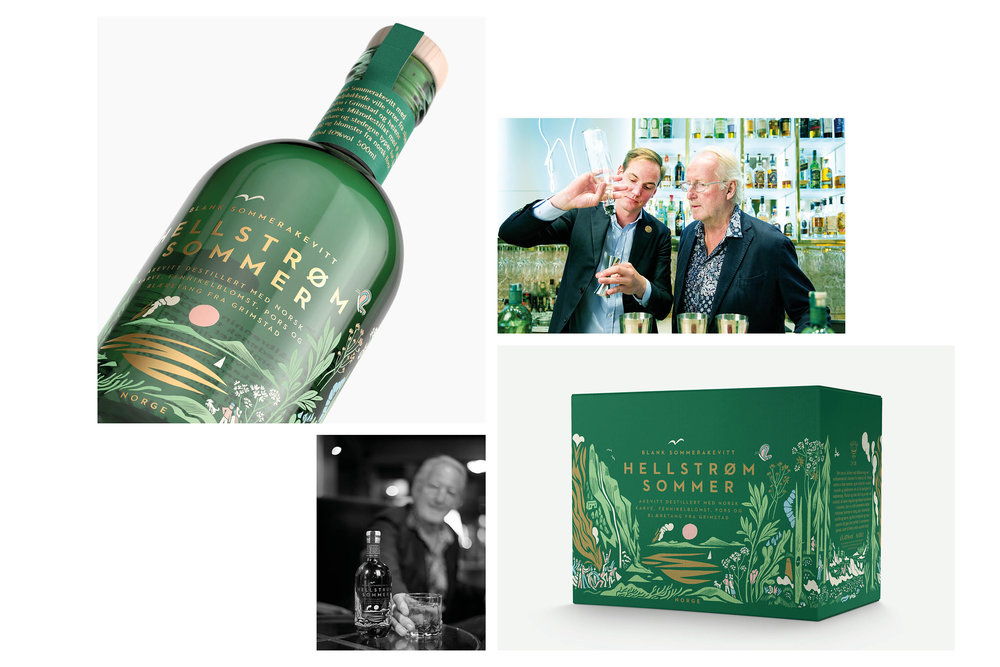 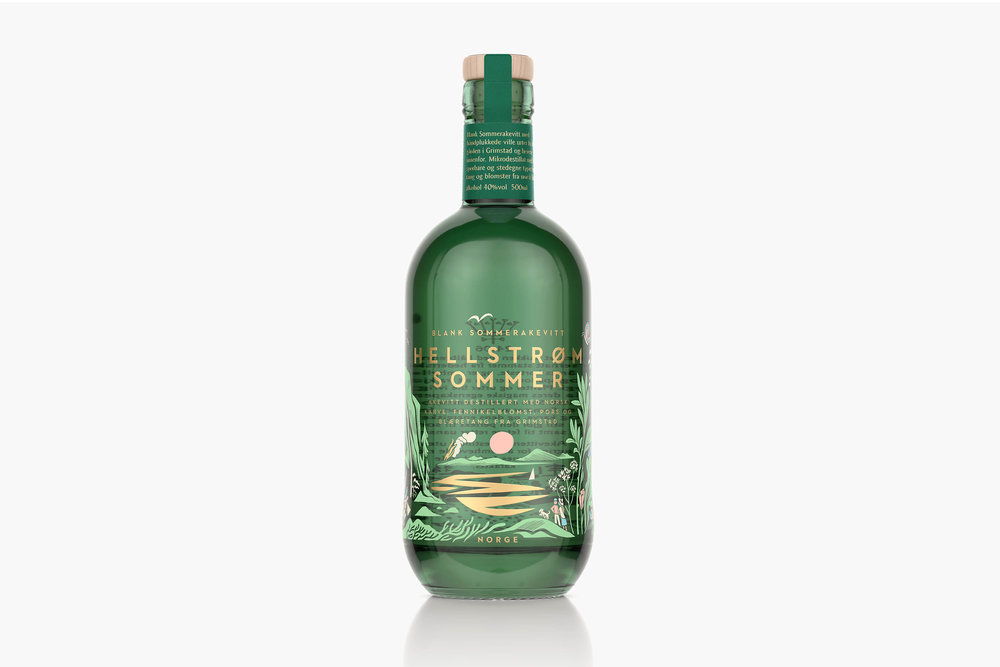