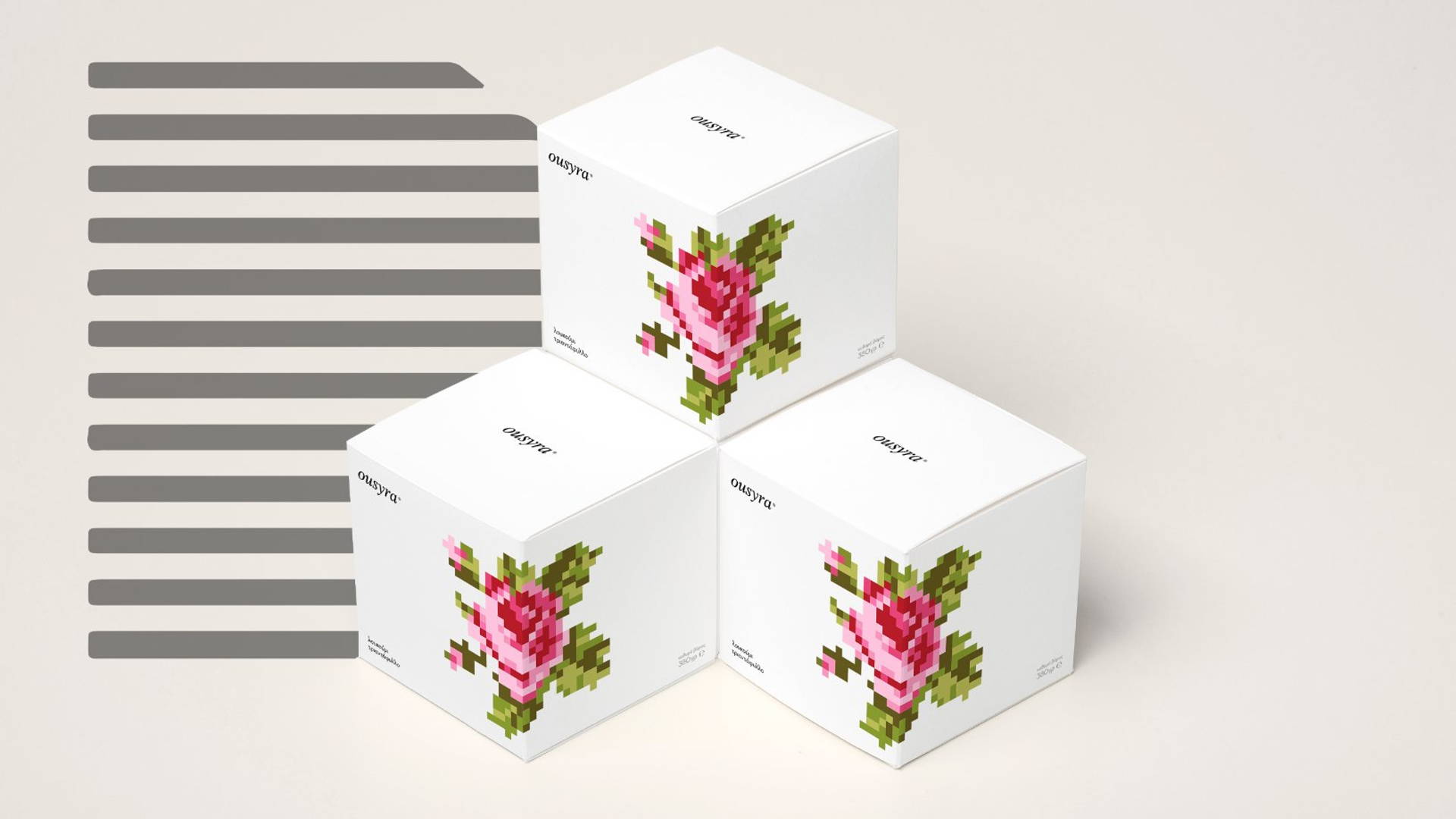 On the Greek Island of Syros, a traditional sweet treat known as Turkish Delight or Loukoumi has been a popular delicacy since the 19th century. Commonly served alongside coffee, it’s a chewy candy, coated in powdered sugar often garnished with almonds, hazelnuts or pistachios.

For freelance designer Loukas Chondros, Loukoumi serves as an inspiration to create a personal piece of packaging that is unique and dedicated to the product, from the origins to the content within.

“The story of Ousyra begins with my personal experiences and memories from the island of Syros – the ancient name of this Greek island is Ousyra, which can be translated into modern Greek as ‘Delighted’ – where I lived and studied at the local school of design,” shares Loukas.

So, Loukas broke out his pencils and did his best to deconstruct and then re-assemble the visual appearance of the Loukoumi and Hermoupolis, the capital and main port of the island.  Why? From afar, the city of Hermoupolis resembles an arrangementƒ of cubical houses, stacked on top of each other and Loukoumi is cut into small rectangular bite-sized pieces, thus creating a colorful grid.

"My sheet became filled with rectangles whose various colors slowly evolved into the visual representation of different flavors, giving the imagery the appetizing quality I was looking for while designing this sweet treat's packaging," starts Loukas. "At that point, I knew I had what I needed."

He produced two designs, one with the embroidery of a rose, and the other with bergamot. Both designs wrap one side of the box, so when placed side by side with the identical image, form a whole against a clean, white background.

The only other elements of design are the text to display the name—viewed on the top right corner or on the lid—and the ingredients for the delicacy.

All in all, he successfully encompassed Loukoumi and the port of Hemoupolis, the first two key elements, as well as the folkloric experience of being served Loukoumi as the final element. “It is usually served atop handmade, traditional embroidery, which is made using a grid as a guide," adds Loukas.  "This use of the rectangle and the grid is the final product binds everything together. The origin, the product itself and its cultural context."

Through those three core elements, Loukas produced a unique, conceptual piece of packaging for a sweet treat that brings back memories and a personal sense of nostalgia and tradition.

“Inspiration is best brought to life if it’s realized through a combination of what the core ingredients are of the corresponding personal experience,” starts Loukas. “First comes the sentiment, then the imagery around it, and finally something new, but near and dear to you.”