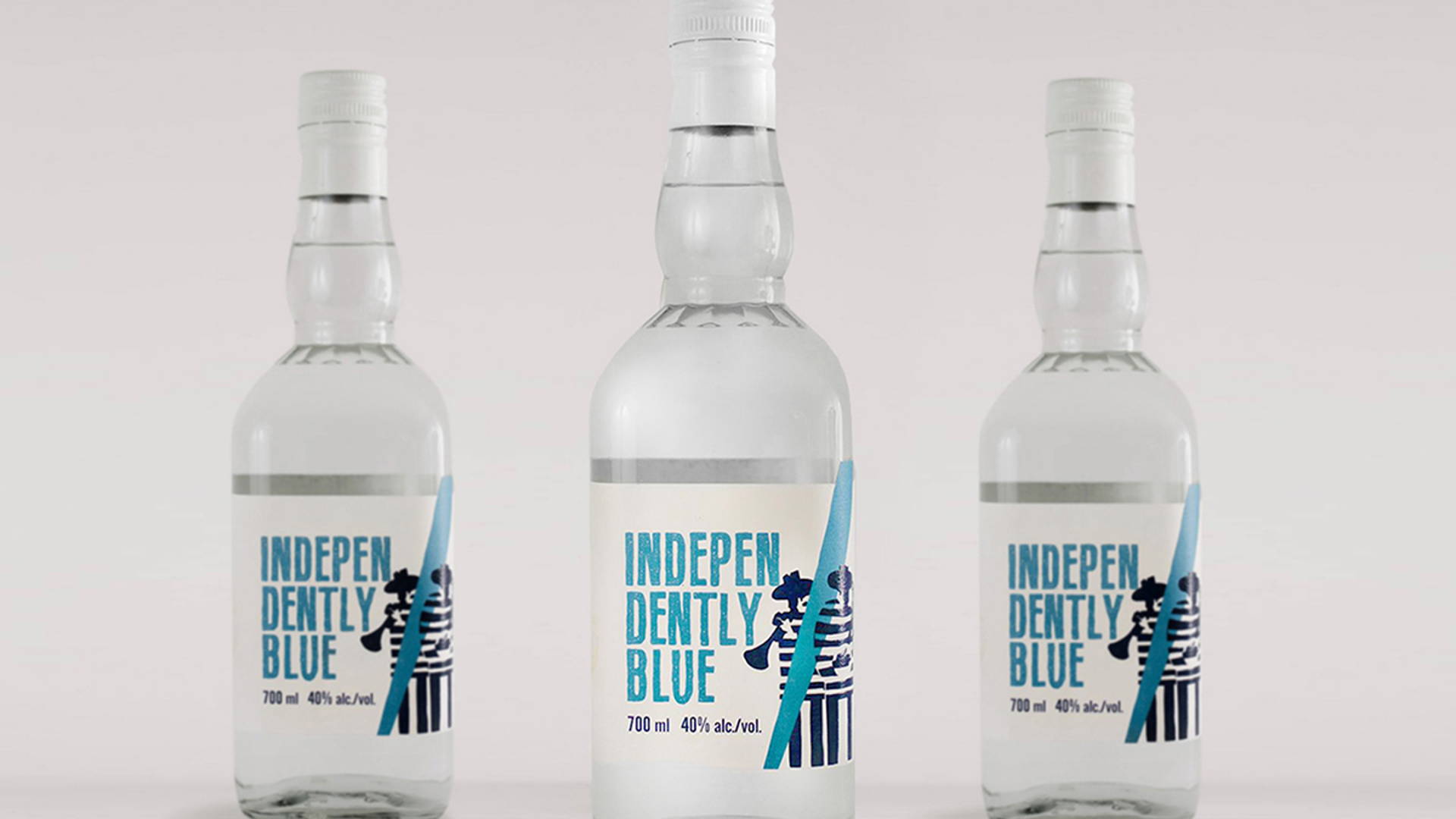 Independently Blue is the Spirit of Serbia 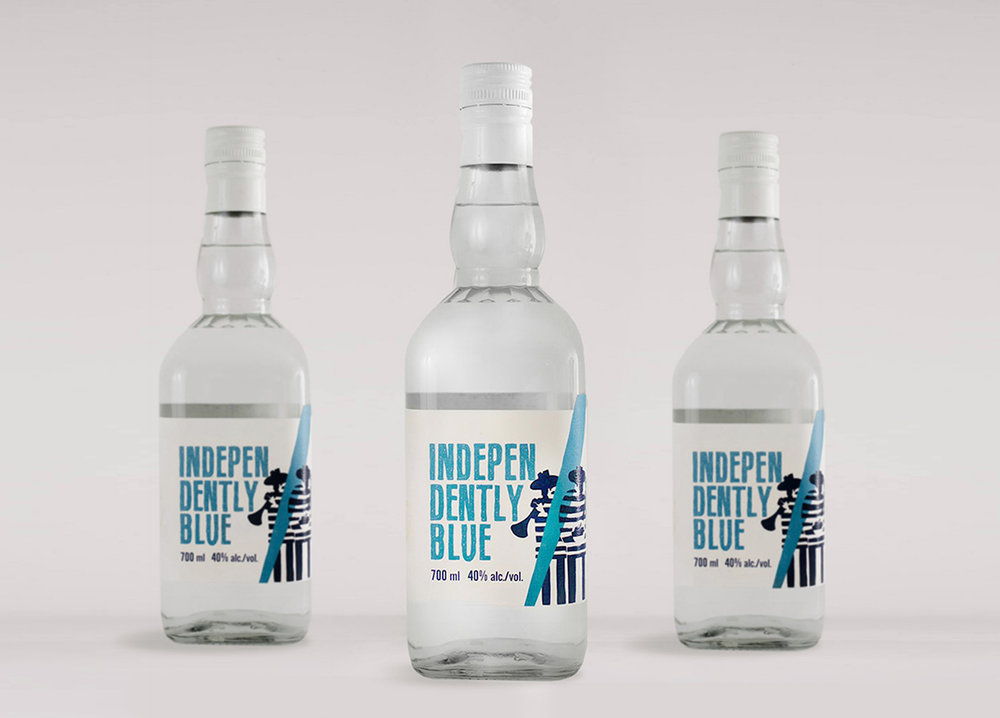 PopArt Studio designed the label for Independently Blue, a special Serbian drink known as Rakia. Rakia (also spelled as Rakija in Serbian) is a strong alcoholic drink – similar to brandy –  and is made from fermented fruit. One might usually taste plum, Williams’ pear (European pear), vine, or even honey when enjoying this special drink. "Independently Blue first needed a logo, so PopArt used a custom font to create a cut-through logo using a baby blue color to accent it. The label was designed for a four-sided bottle, with its front side portraying the logo and a couple of prisoners playing prison blues on a trumpet. The dark blue shade of their striped prisoners’ shirts was also used on the back side of the label, which has a cut-out edge higher from the other sides." 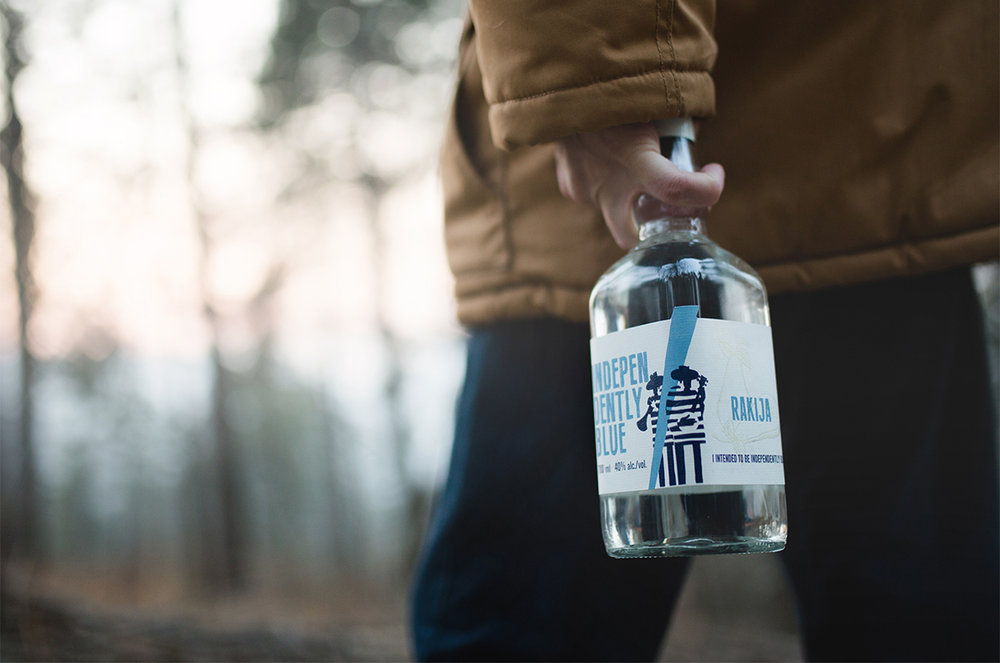 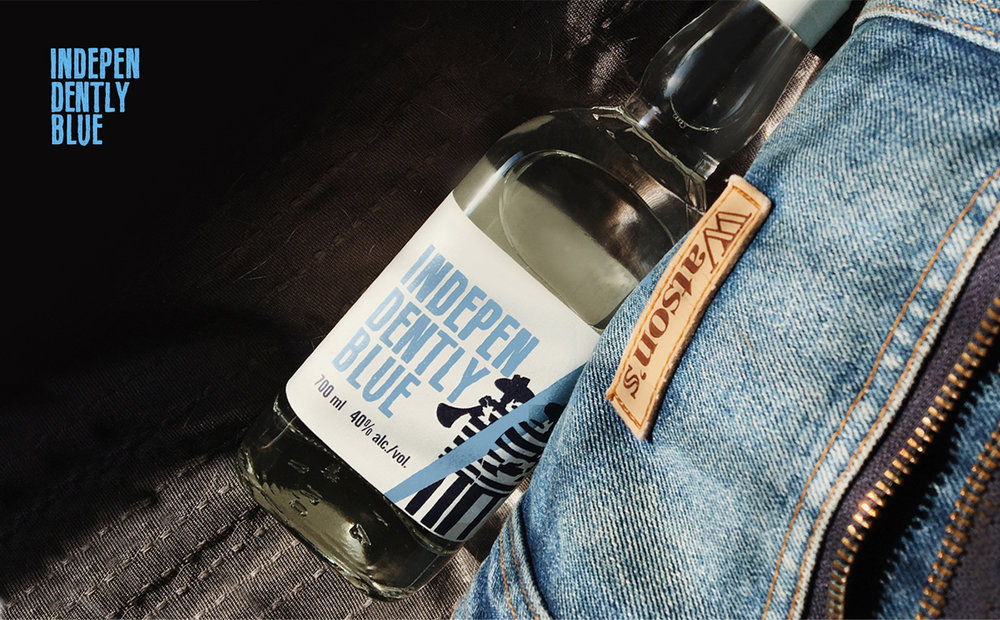 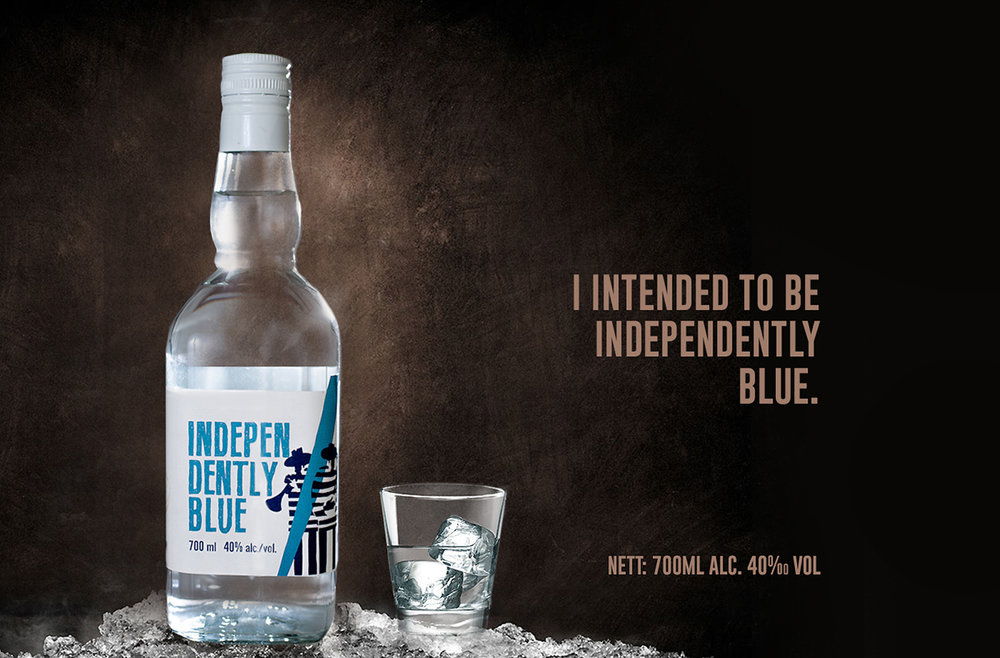 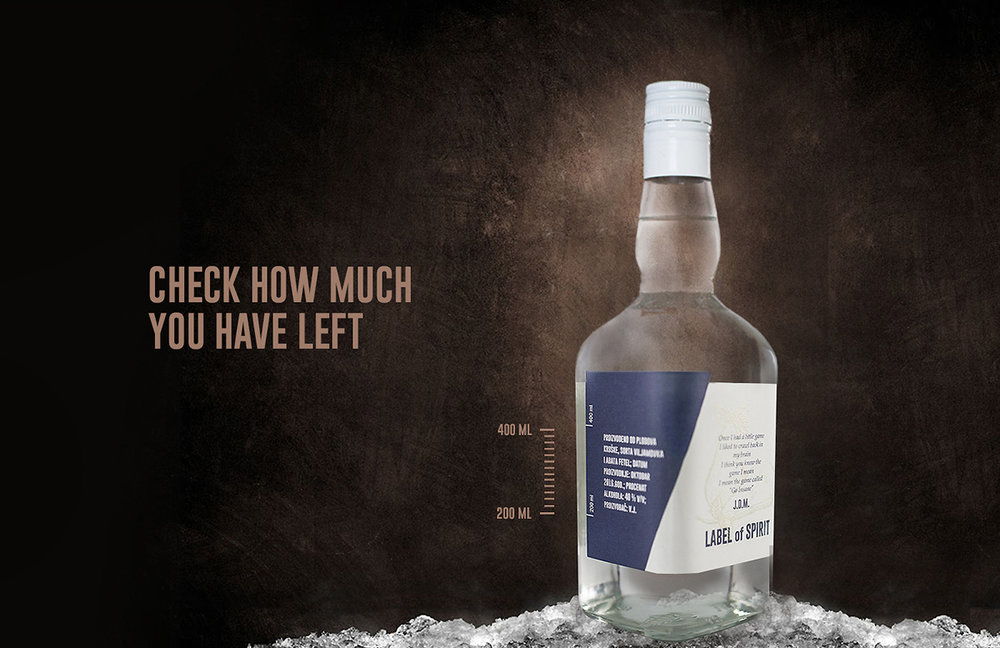 "A special detail for all drinkers is a milliliter counter – so one can see how much Rakia is left in the bottle. The left and right-hand side of the label contain watermark illustrations of two Williams’ pears, with an inscription 'I intended to be independently blue' and the first verse of The Doors’ song, 'Go Insane'."

"It is hard to name to the emotions and the state one feels when drinking Serbian Rakia, because it is tied to our character. We want Independently Blue to remind people of this character: emotional, ready for sacrifice, making no compromise in keeping pain within… and above all, leaving the impression of credibility." 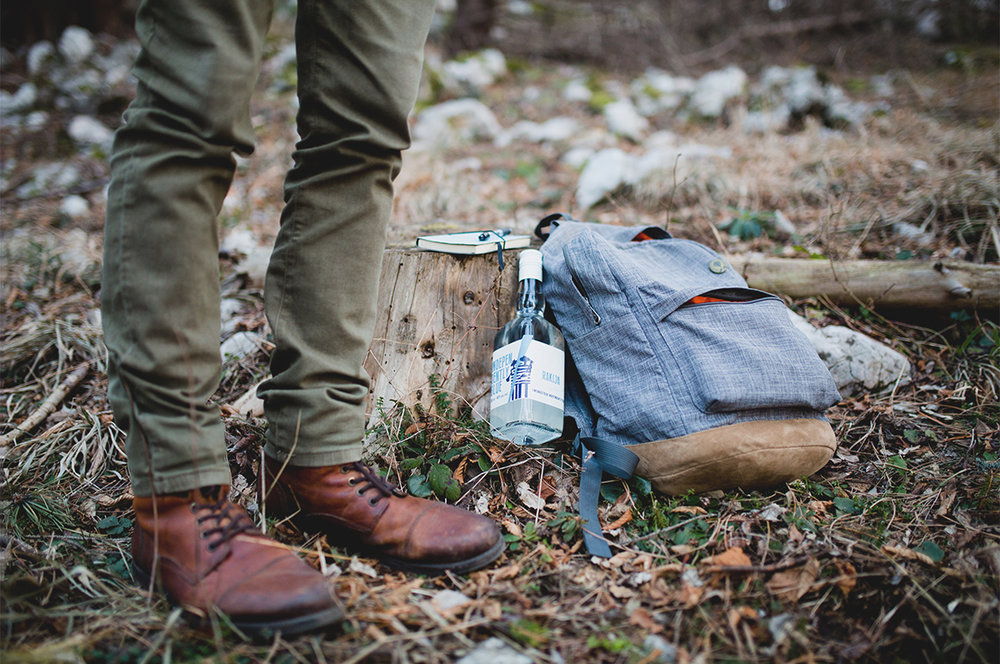 Be Jealous of this VIP Status Jägermeister Limited Edition Gift

Kirnbauer Winery Cuts Through the Clutter with Simple yet Amazing Wines