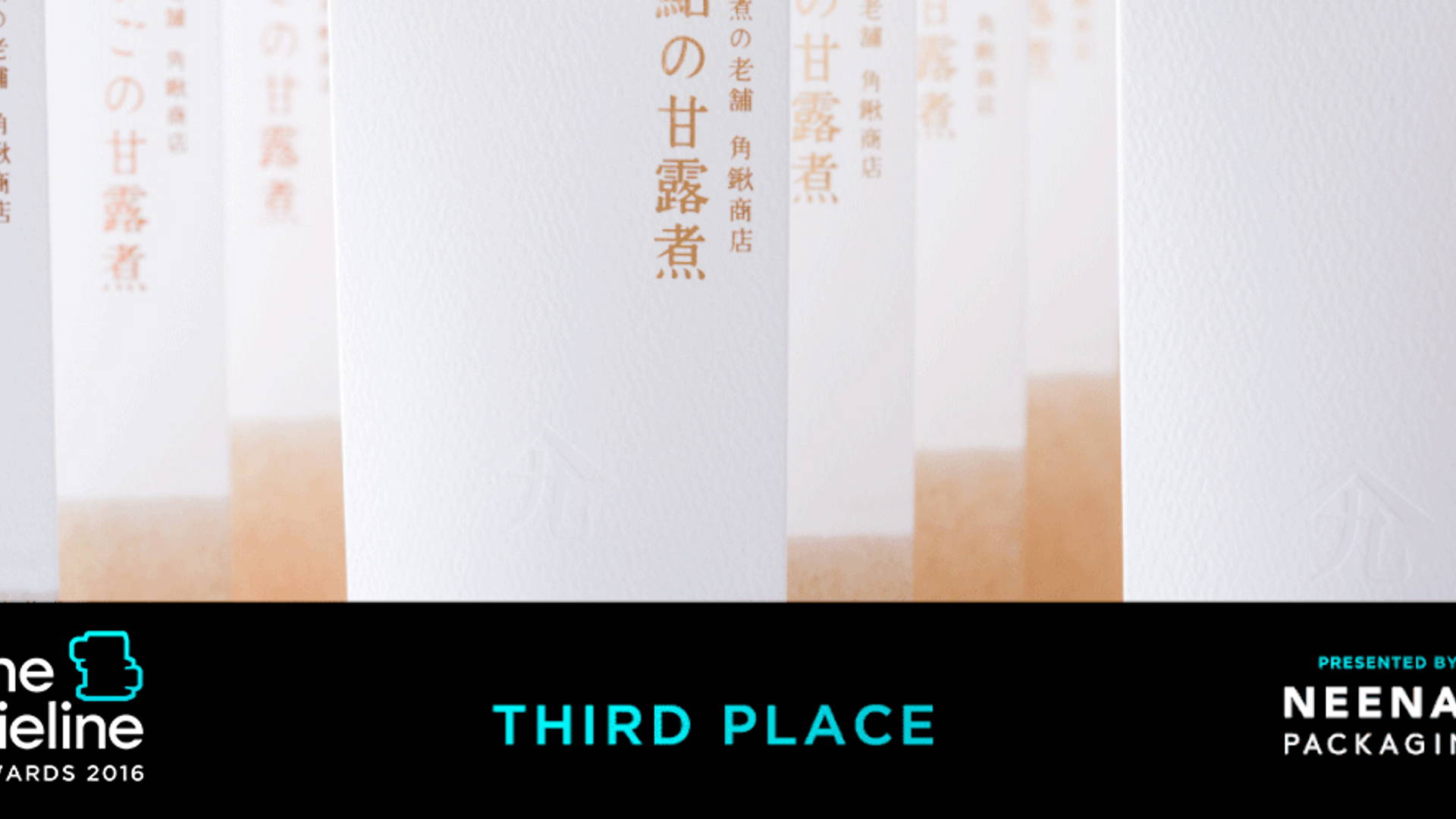 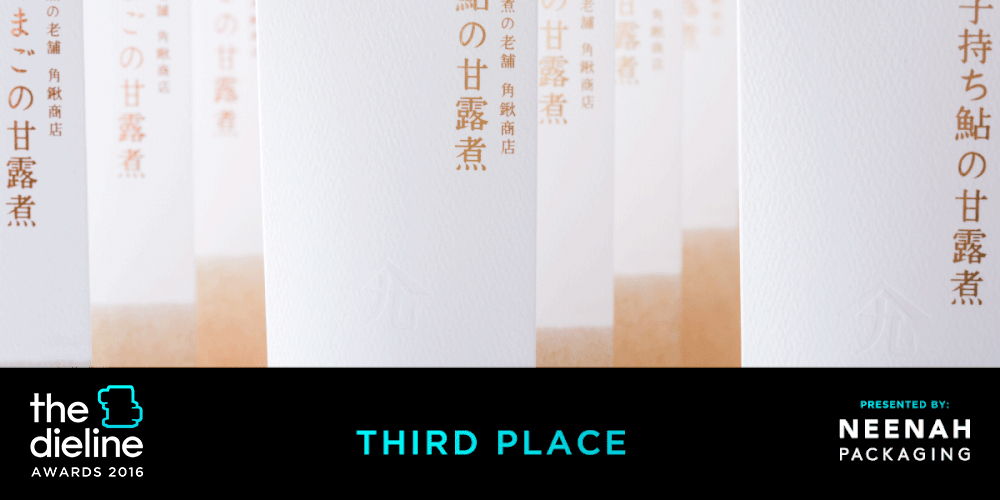 Ono and Associates Inc. is an architecture and design office by Takeshi Ono and Ayako Ono, globally operating based in Toyota, Japan. By the free idea, we are working broadly in various domains, such as architectural design, graphic design, and product design. 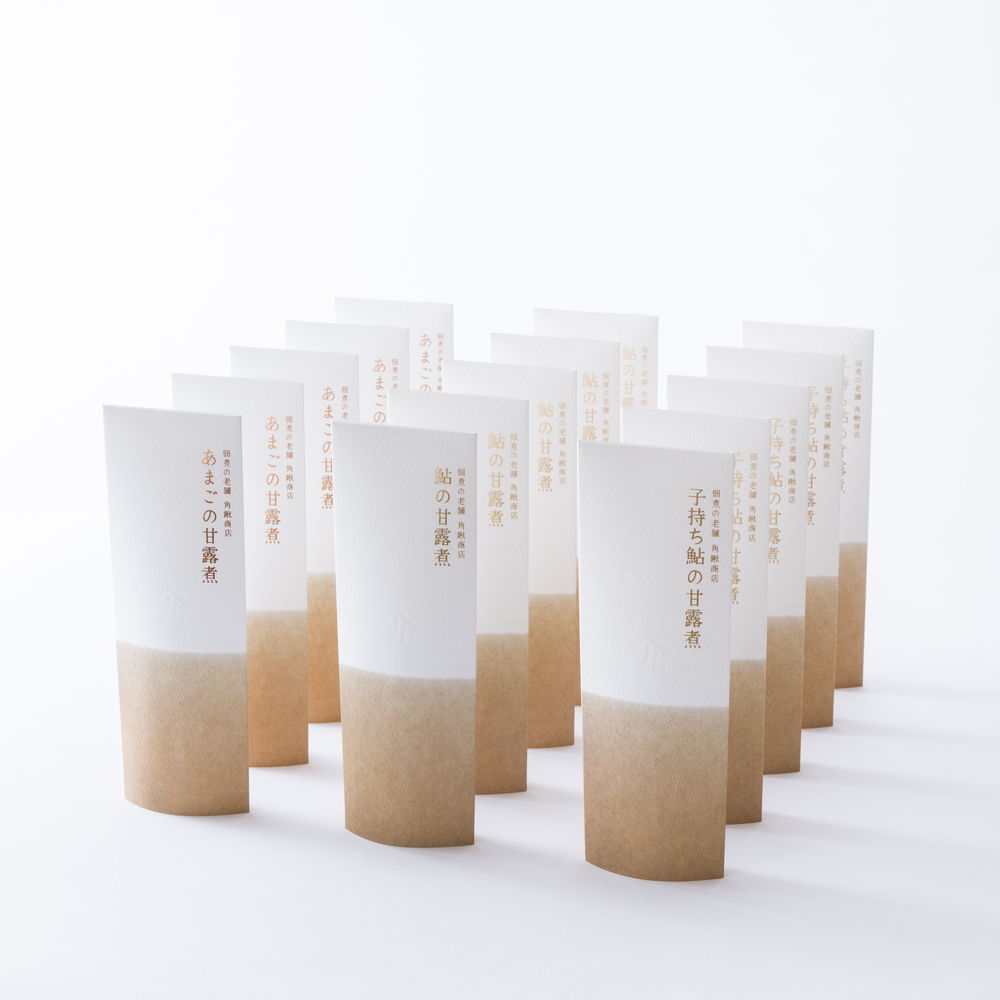 KADOKUWA, client of this project is a long-established store of the Kanroni which continues for about 150 years in Gifu where Nagara river flows in Japan. Kanroni is the food which boiled sweetfish and heaven fish with soy sauce, sugar, sweet rice cooking wine and sake. The purpose of this project is to remodel the former package and make poshness last and to use department space efficiently. And it was requested that a fish doesn't appear directly. 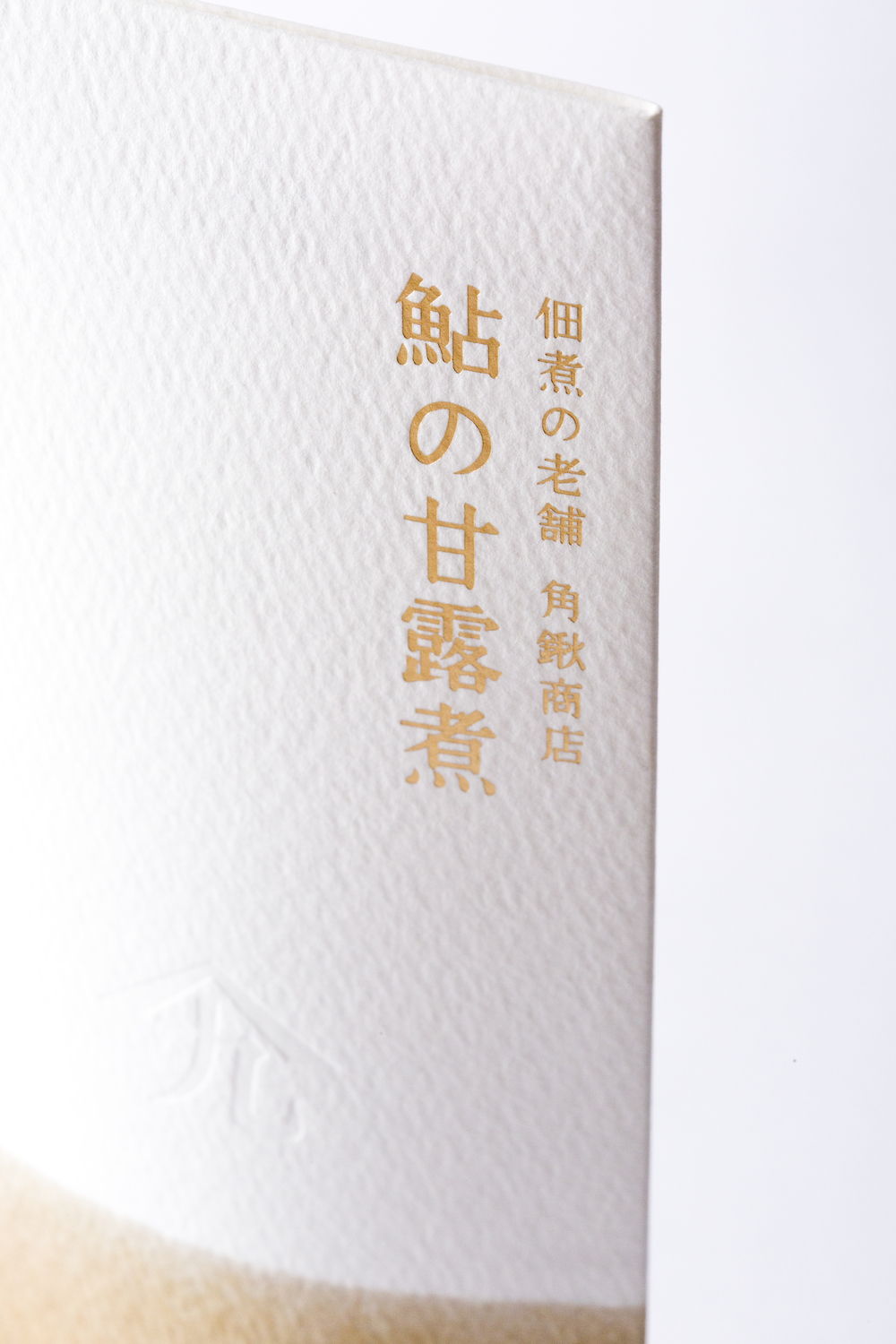 We inspected all processes stocking of fish by a morning market, the cooking process, packing and sale to know Kanroni. We are an architect and a designer, so we designed many paper packages which know the shape of the fish though we were the simple shape and structure. So we proposed the package design of the paper which can be placed vertically finally. When making Kanroni, we knew to break the secret broth which goes out each time, and we considered whether this broth which is also the feature of the Kanroni couldn't be utilized for the design. It was also a producing center of a Mino paper product around KADOKUWA, so we adopted the idea which made broth sink into Japanese paper. KADOKUWA was particular about the texture and technology, so to make Kanroni we were also particular about the texture and technology a package equally. Blind stamping and gold leaf stamping were chosen among a printing technique. We make the story and the concept important in the process of the design. And we take the technology with the various different field in. We could design the package which achieves the first goal as a result. It was possible to develop a new visitor layer, and it was possible to have many people know Kanroni. We'd like also to challenge various things from now on. 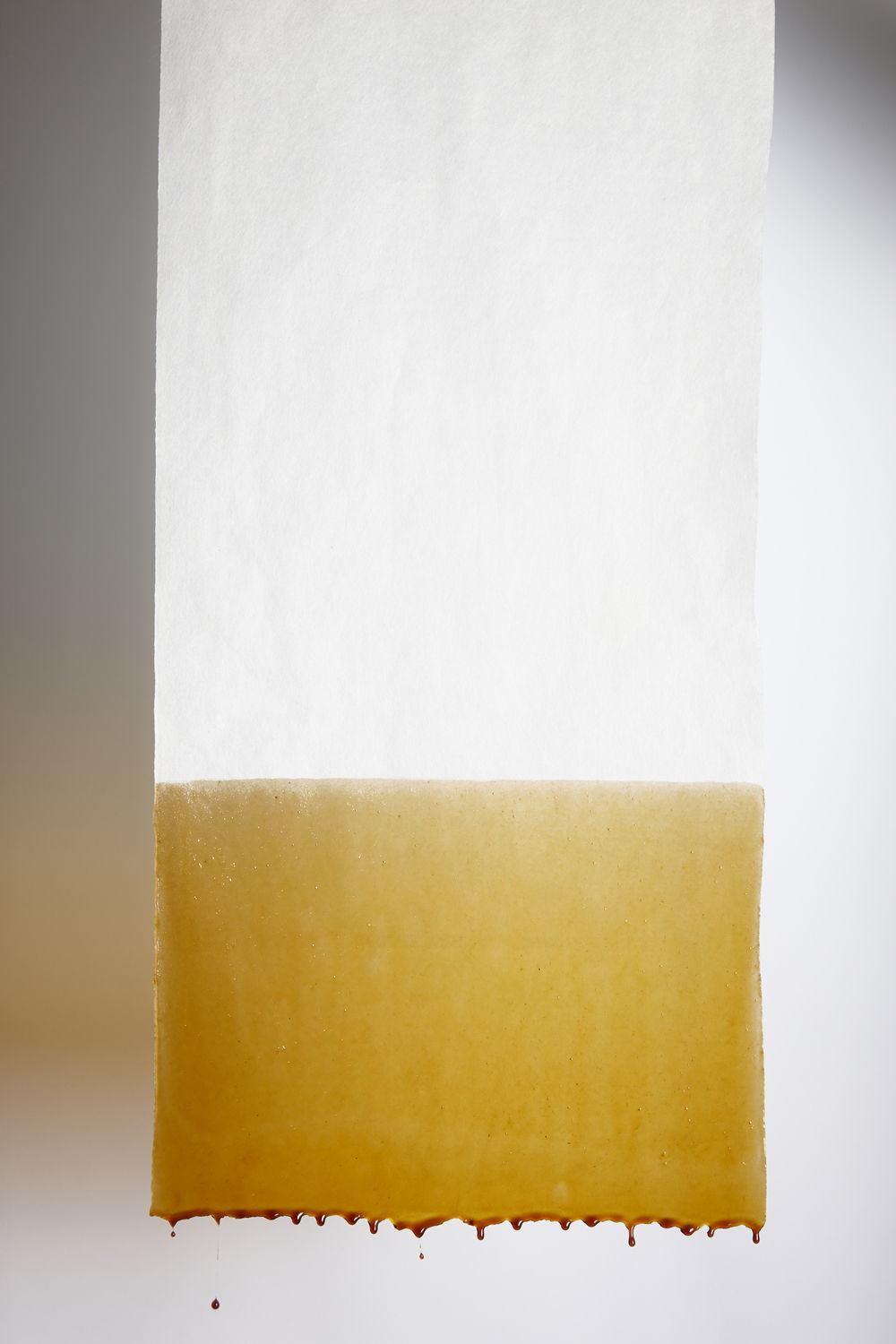 Designed by Ono and Associates Inc.