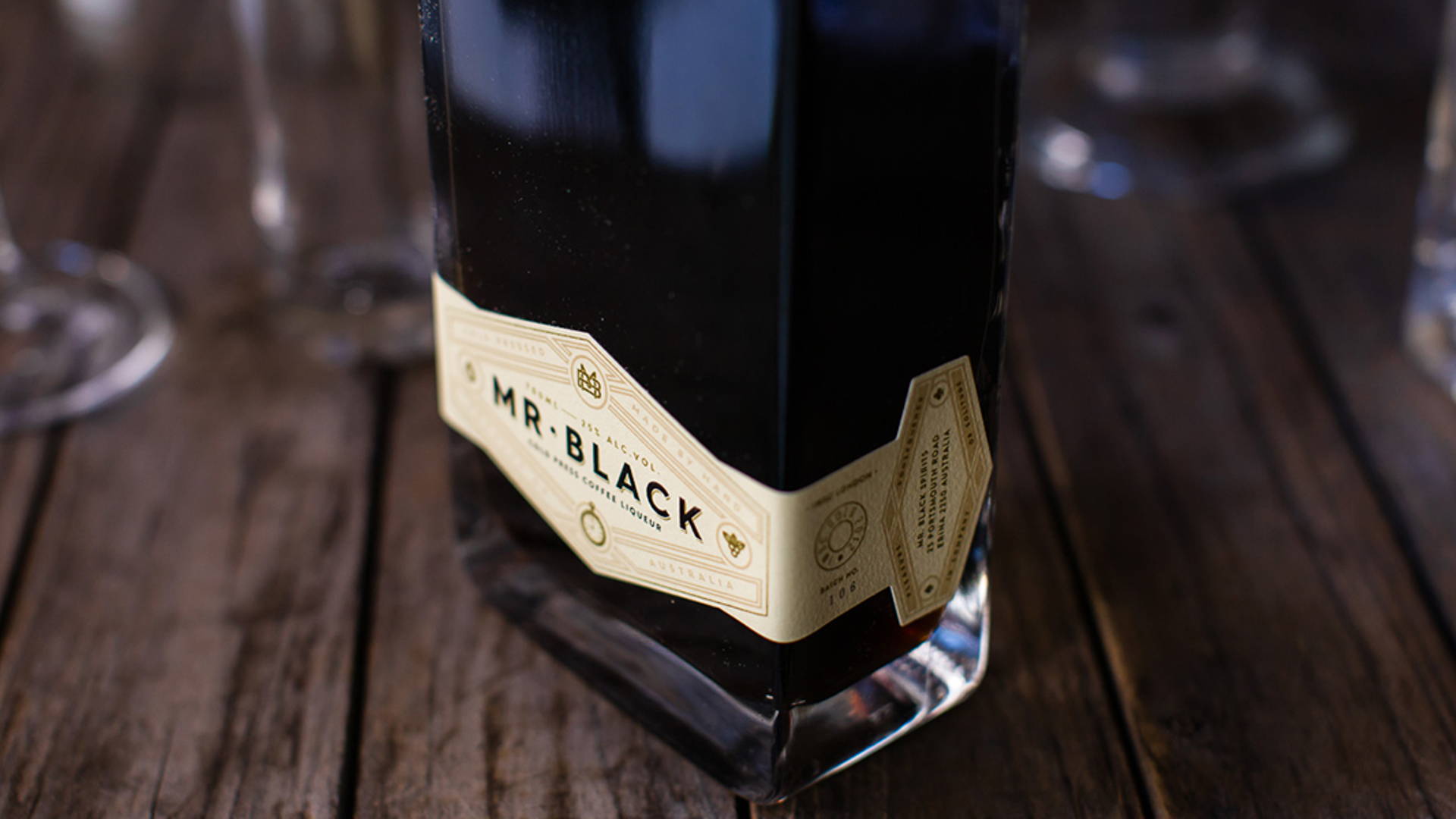 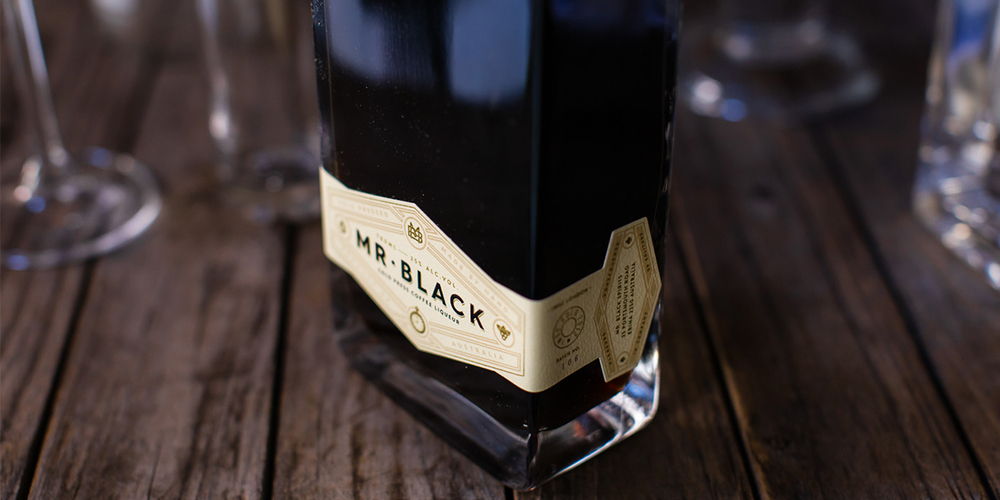 I’ve long been a fan of the design work coming out of the UK based offices of United Creative. Everything they touch is exceptionally well done. And, once again they have brought their “A game” to the table when working on the refreshed packaging design for Mr Black Cold Press Coffee Liqueur. Take a look at this beautiful bottle of liqueur! “With a new pack came a tweaked name. Replacing cold drip with cold press might seem minor, but it was exceptionally important to the team and something they laboured over for nearly a year."

You might be wondering what the definition of a “refreshed” design would be. Having already received The Dieline’s First Place award in the Spirits category in 2014, the United Creative team still saw an opportunity for improvement. Through creating a more elaborate label design they were able to tell more of the story surrounding the production of Mr Black, and the coffee craft that goes on inside the bottle.“The first pack was just a placeholder – we whipped it up quite quickly – but then we won a few awards for it so it hung around a little longer than it should. Working with Chris and his team has been amazing. They really put the same craft into the outside of the bottle as what goes onto the juice inside." 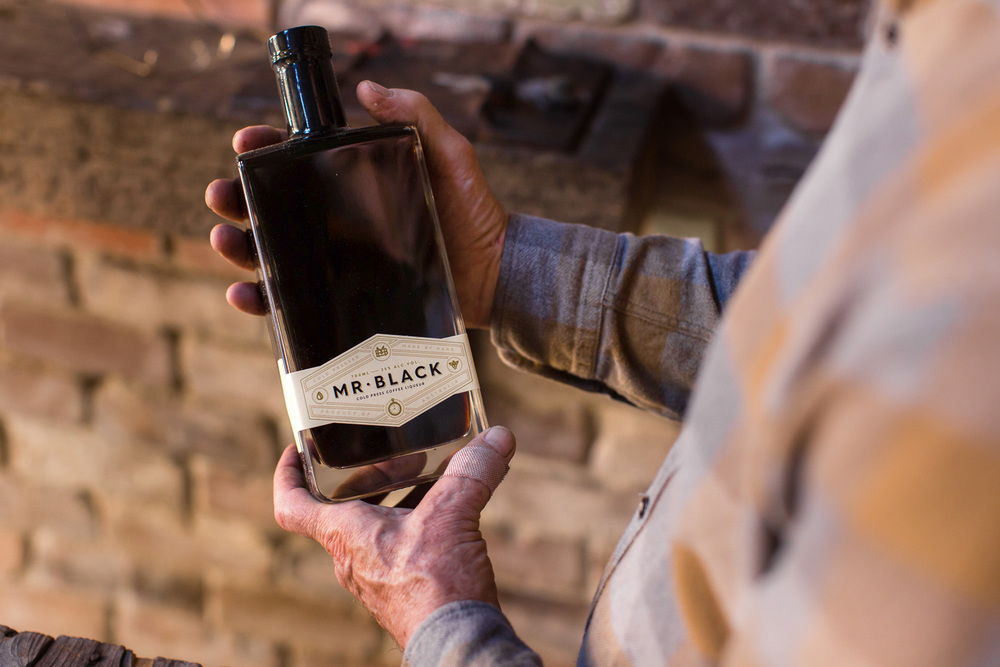 United Creative first began exploring unique shapes for the label which wraps around the bottle. Settling on a shape derived from a sartorial sash, the unique label architecture feels sophisticated. Printed on an ecru paperstock, the artwork has a simple, two color palette and features masculine typography and many decorative details. The four corners on the diamond shaped label front have small icons of a coffee bean plant, water droplets and a stopwatch. However, it’s the bespoke monogram which steals the show. United Creative designed this new monogram for the second incarnation of the liqueur’s packaging design, and it can know also be used throughout other branded materials. “The new pack couldn’t come at a better time: Mr Black has just signed a distribution deal with UK premium drinks agency Lovedrinks (Goslings, Haymans, El Dorado).”The placement of the label is low down on the bottle, a detail I really found attractive. Then, I realized the low placement had a purpose which was pretty fantastic as well. Etched on the back of the bottle is an illustration of an owl which only becomes visible as the bottle empties. Having the label low provides an uninterrupted view of the dark, masculine owl staring out at you with his big glaring eyes. The Mr Black Spirits Company has found a talented team of designers to collaborate with for their packaging needs. Creative talent combined with a high-quality product is a recipe for success. 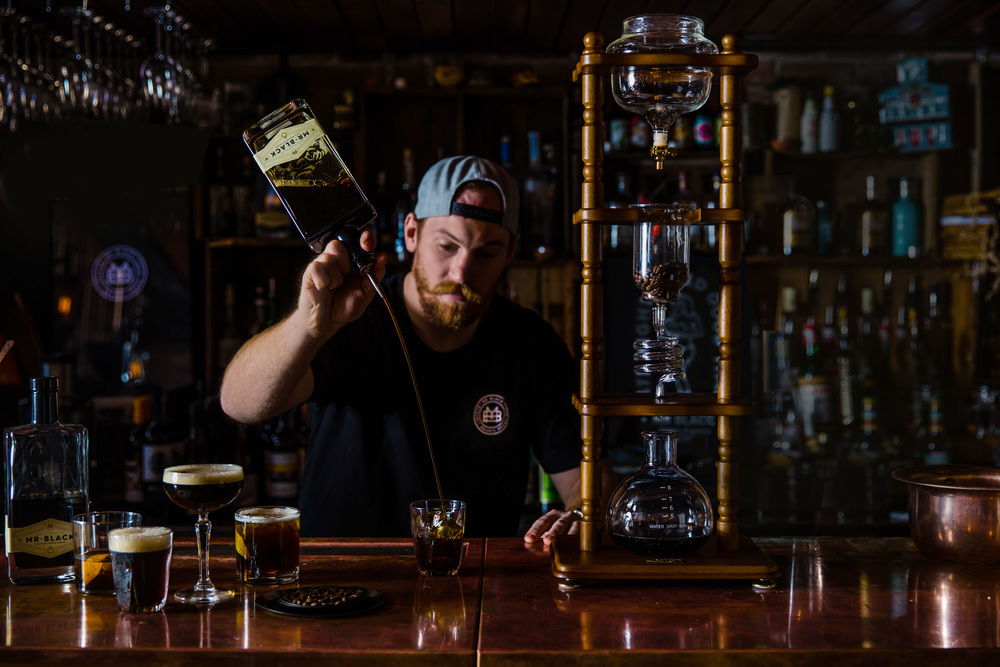 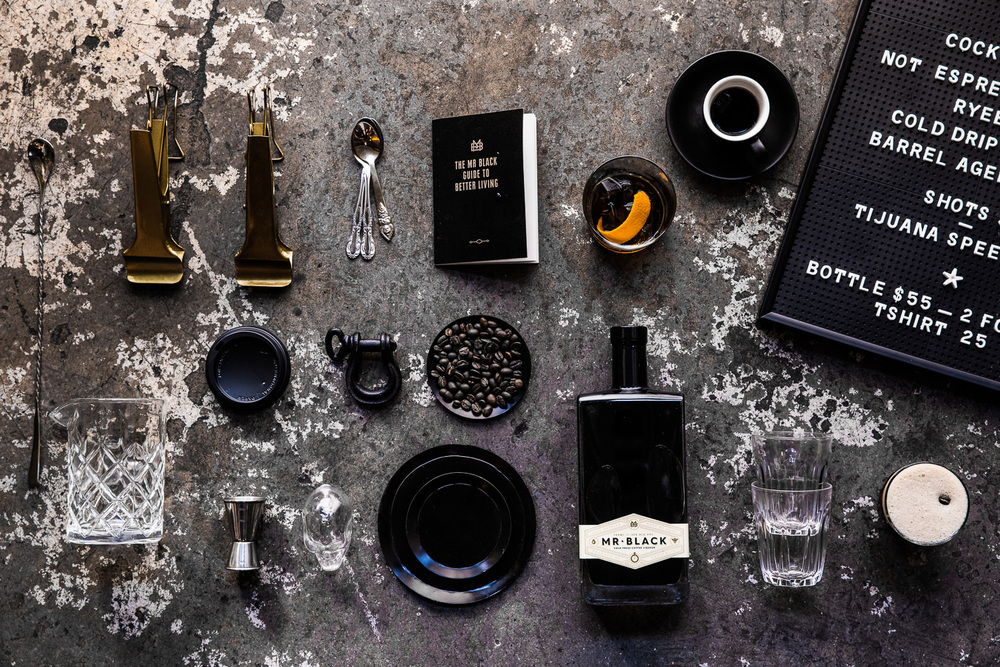