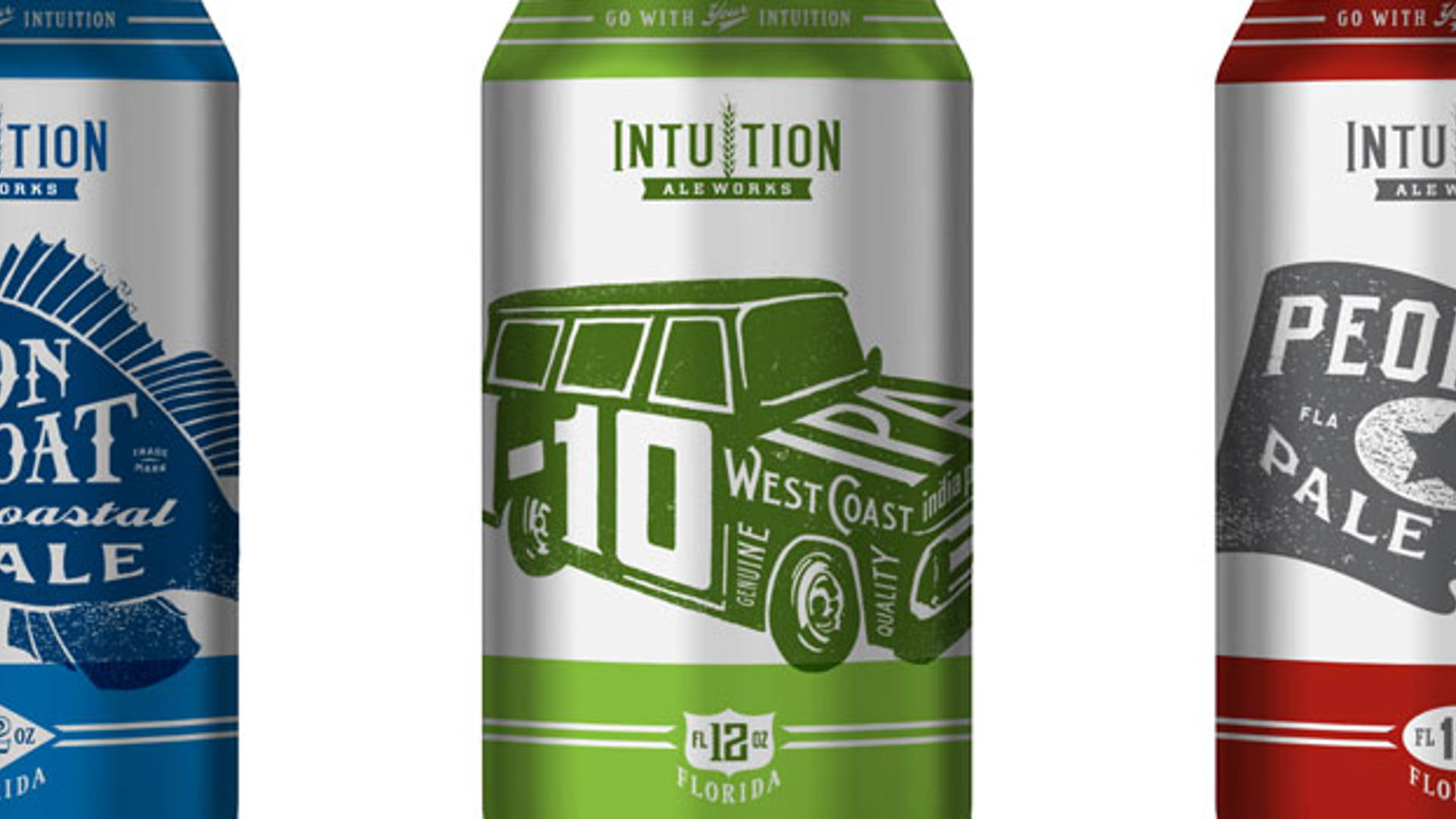 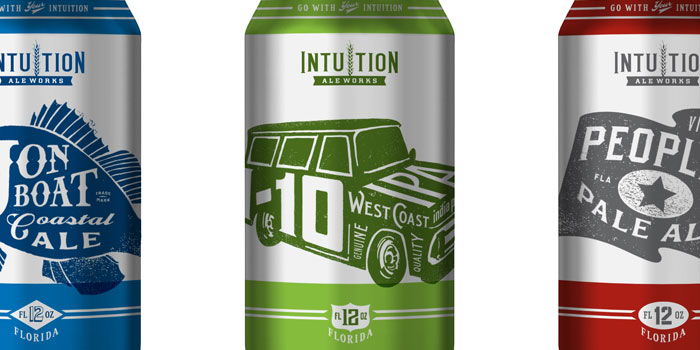 "Intuition Ale Works of Jacksonville, Florida has just finished an award-winning and successful first year. Owner and head brewer, Ben Davis came to us with his vision of being the first Florida craft brewery to package beer in cans. Long considered the territory of college kids and bad beer, canning beer is gaining a much wider acceptance. It actually helps maintain better taste quality AND is better for the environment with it's smaller carbon footprint.

In Intuition's first year consumers were only able to experience their beers on tap, creating loyalty solely through the quality of the product. It was important to create a striking and well designed visual personality that consumers could associate with the brewery and the great beers they already know.

We worked closely with Ben to develop this series of cans that evoke the style and personality of the brewery, "intuitive", handmade and sophisticated. I-10 IPA is about Ben's connection with both the East and West coasts, the interstate as a bridge between two cultures, both of which share a love for surfing and the beach lifestyle. Jon Boat Kolsch relates to the joy of fishing in the coastal waters around Jacksonville…enjoying the peace and quiet on a hot summer day with a refreshing, crisp beer. People's Pale Ale is Intuition's flagship beer and the visual represents the demand, an uprising for, a great American-style Pale Ale, which the brewery more than delivers."

In partnership with Larry McIntosh at The MADHouse 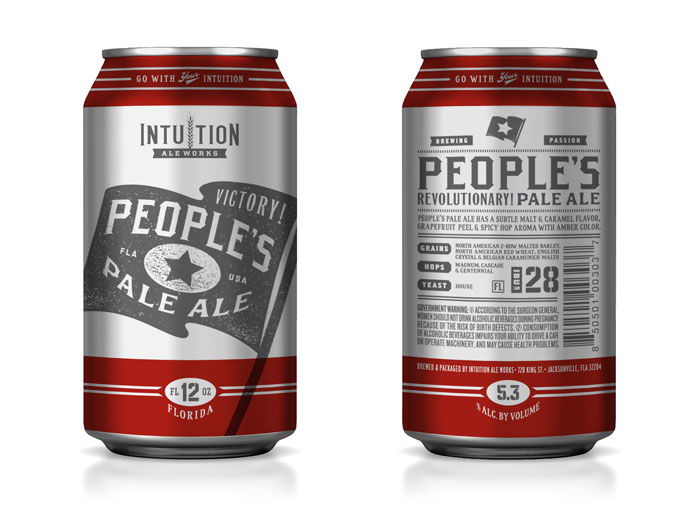 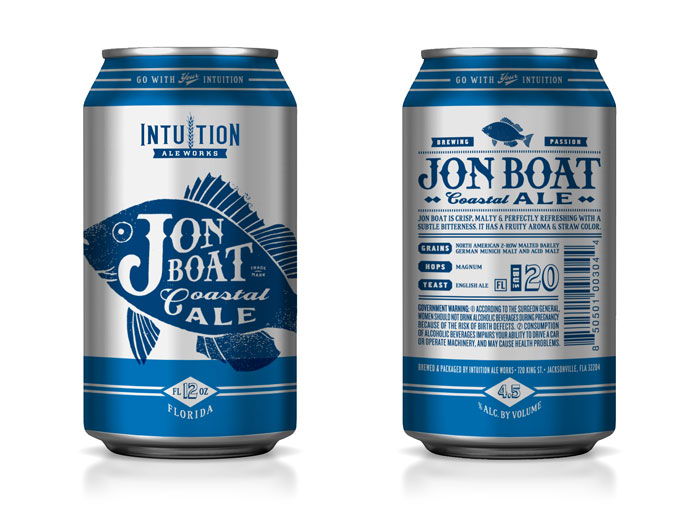 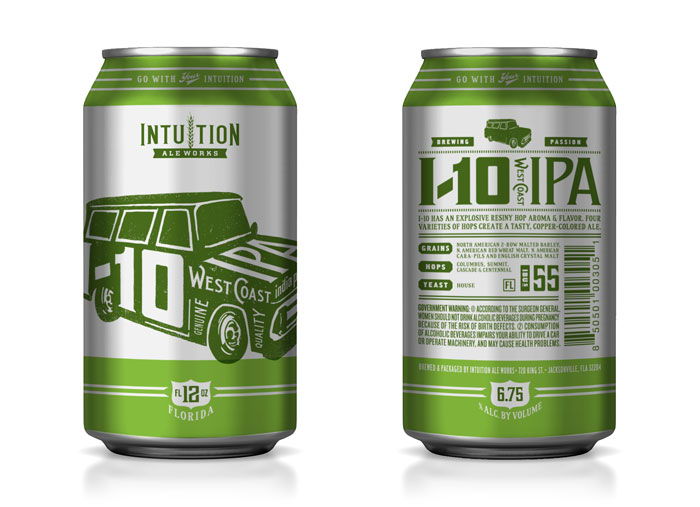