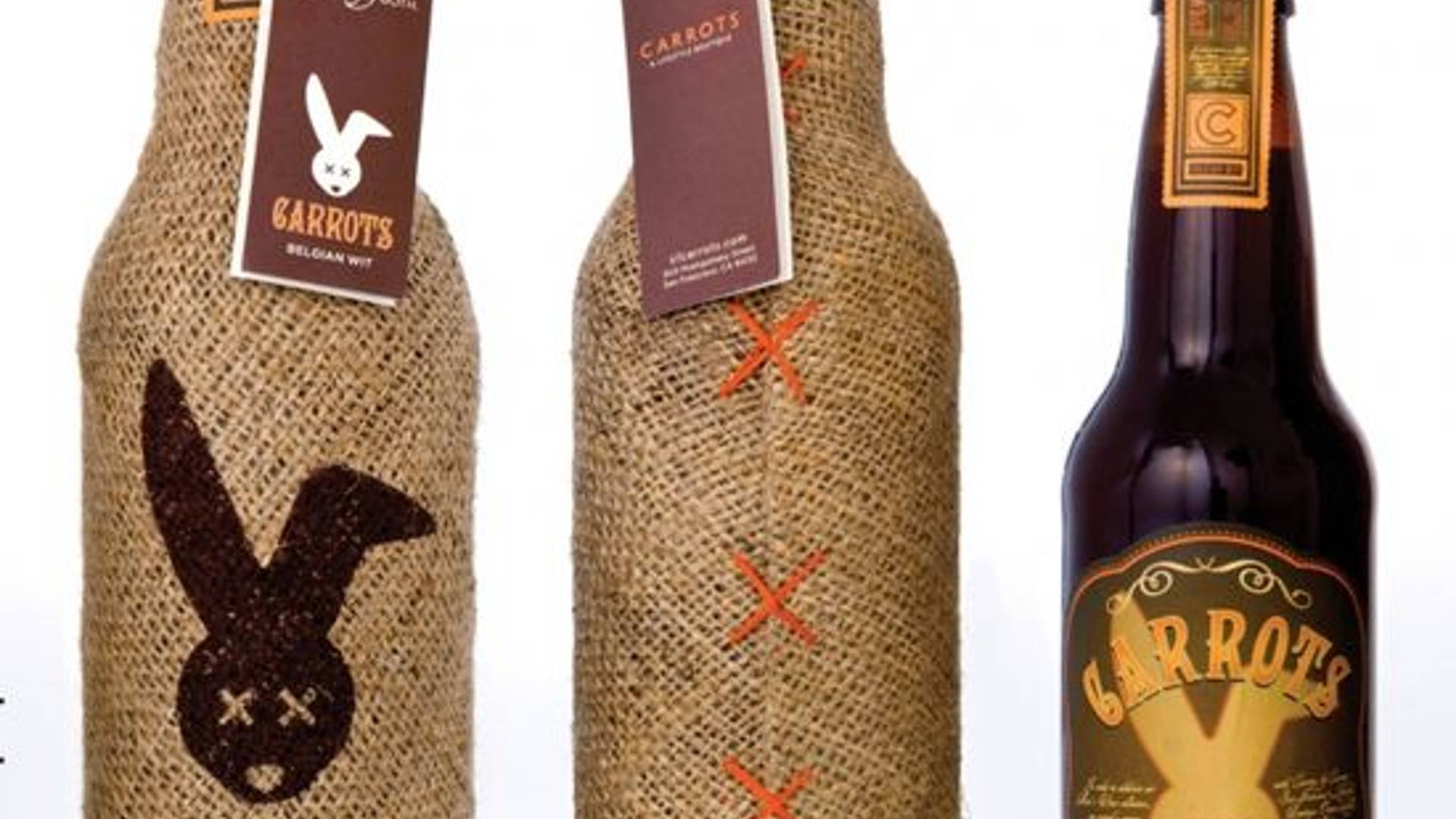 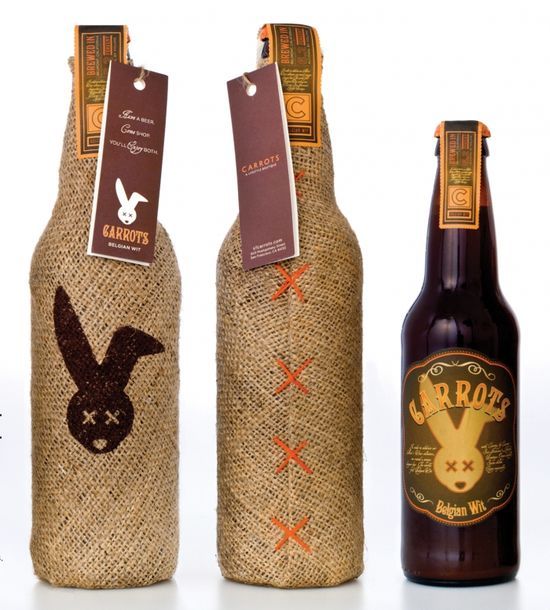 (CARROTS) and specifically around their men’s line, driving new male

customers into the store. We created a limited edition, designer beer

made from carrots. We brewed the beer, handcrafted the bottle wraps,

and applied the labels. The 22(oz.) burlap-wrapped bottles were

hand-delivered as gifts to specifically targeted men and the 12(oz.)

men’s shopping experiences.  Among the hundreds that received the

bottle as a gift and the ones that tried it in the store, many people

promotional item into a sexy and successful new product. Not to mention

creating a buzz around the store.

The label and package design caters to the (presumably male)

Hence: a dead rabbit icon whose X-shaped eyes are also echoed in the

orange stitching of the burlap “bottle wrap”. The burlap is another

macabre touch, wrapping the bottle in a sort of burial shroud. The effect is dark and portentous—albeit in a cute, Tim Burton-ish sort of way.

This is a beer made from carrotsfor a store named “Carrots”— so that explains the rabbit. But why dead? “Dead rabbit” could be taken as a reference to girls getting pregnant—(as in “the rabbit died”)—but that seems unlikely to be the message here...

There was also a “Dead Rabbits” gang in NYC in the 1850s whose story was fictionalized in Scorsese’s Gangs of New York. (Again: not likely the intentional reference for us here.)

merely knocked out and not dead at all? That might be closer to it...