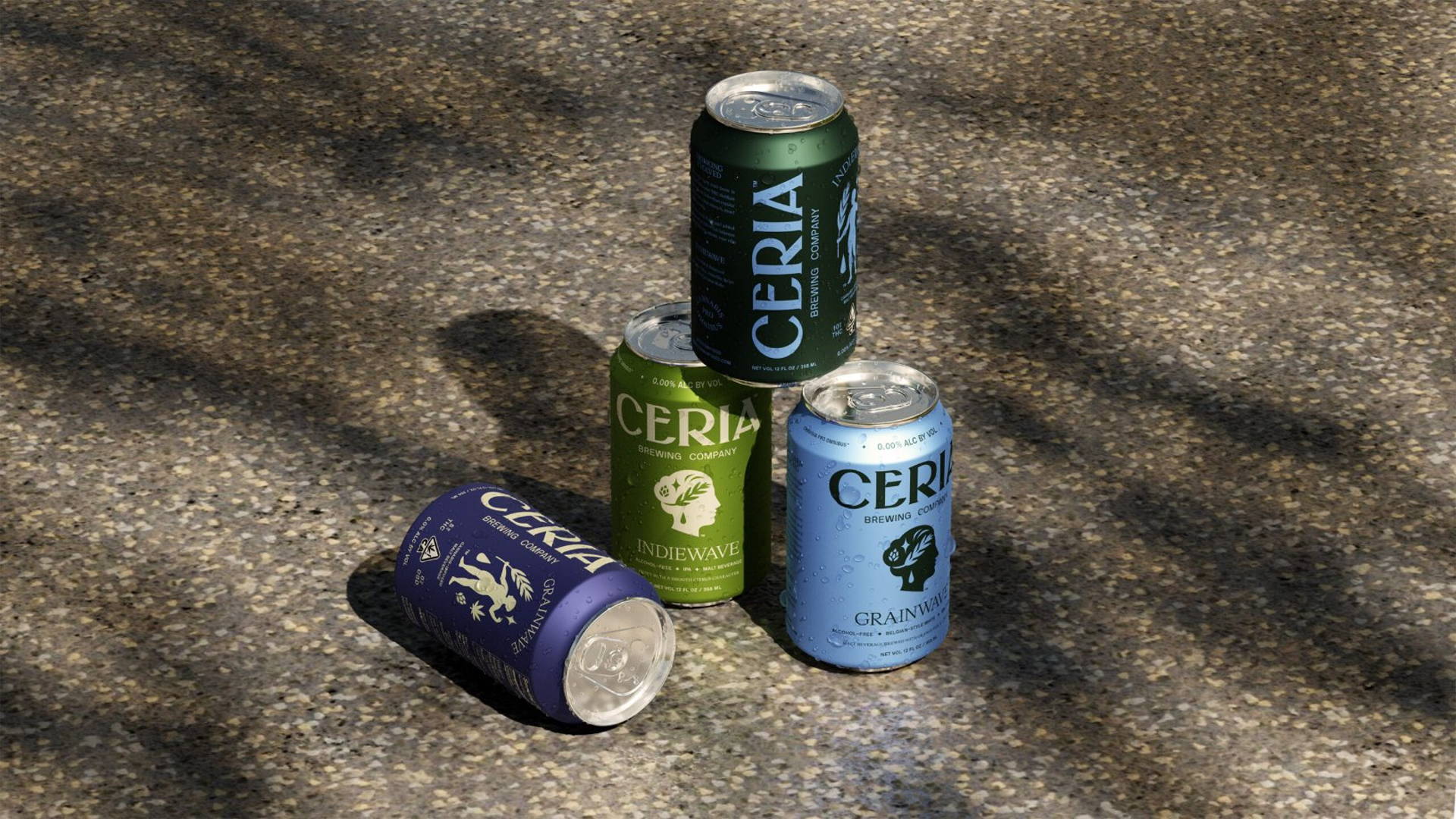 Marketing tightly regulated products like beer and cannabis present significant challenges. Everything from packaging and advertising is subject to a series of rules, and innovators must devise clever ways to communicate with consumers without running afoul of regulators.

Mother’s brand refresh also creates a related but separate visual identity for the alcohol-free and cannabis labels. The former features a bust of Ceres and symbols for wheat, hops, and water. Ceres is depicted in full form on cannabis, holding a wheat stalk and surrounded by the same images and a pot leaf.

Available in two styles, Ceria’s Grainwave is a Belgian-style white ale, while Indiewave is a hoppy IPA. In the THC collection, Grainwave comes infused with 5mg of THC distillate, and the heavier Indiewave contains a mix of 10mg of THC and CBD each. Earthy tones appear throughout the label designs, and the wordmark feels classic and modern simultaneously.

In California, Ceria can’t call its infused beverages beer, and the brand made concessions such as calling the drinks “cannabis-infused malt beverages.” To advertise outdoors, Ceria posters include a Spotify code that goes to a playlist that, by song titles alone, describes Ceria and what it does, telling consumers they make alcohol-free beer infused with THC and CBD.

Of course, other brands have used Spotify codes and custom playlists. But Ceria’s application plays well into the “crafty” side of the new brand strategy while being an end run around restrictive cannabis marketing rules.

Ceria’s branding nods to beer’s ancient origins while moving forward into a new era. Ceria’s beers combine expert brew craft with innovations that eliminate alcohol completely or include cannabis. The taste is familiar, but the experience feels fresh and crafted for the “sober” or “California” curious drinker.

Appreciating The Unexpected With Fósforo Mezcal