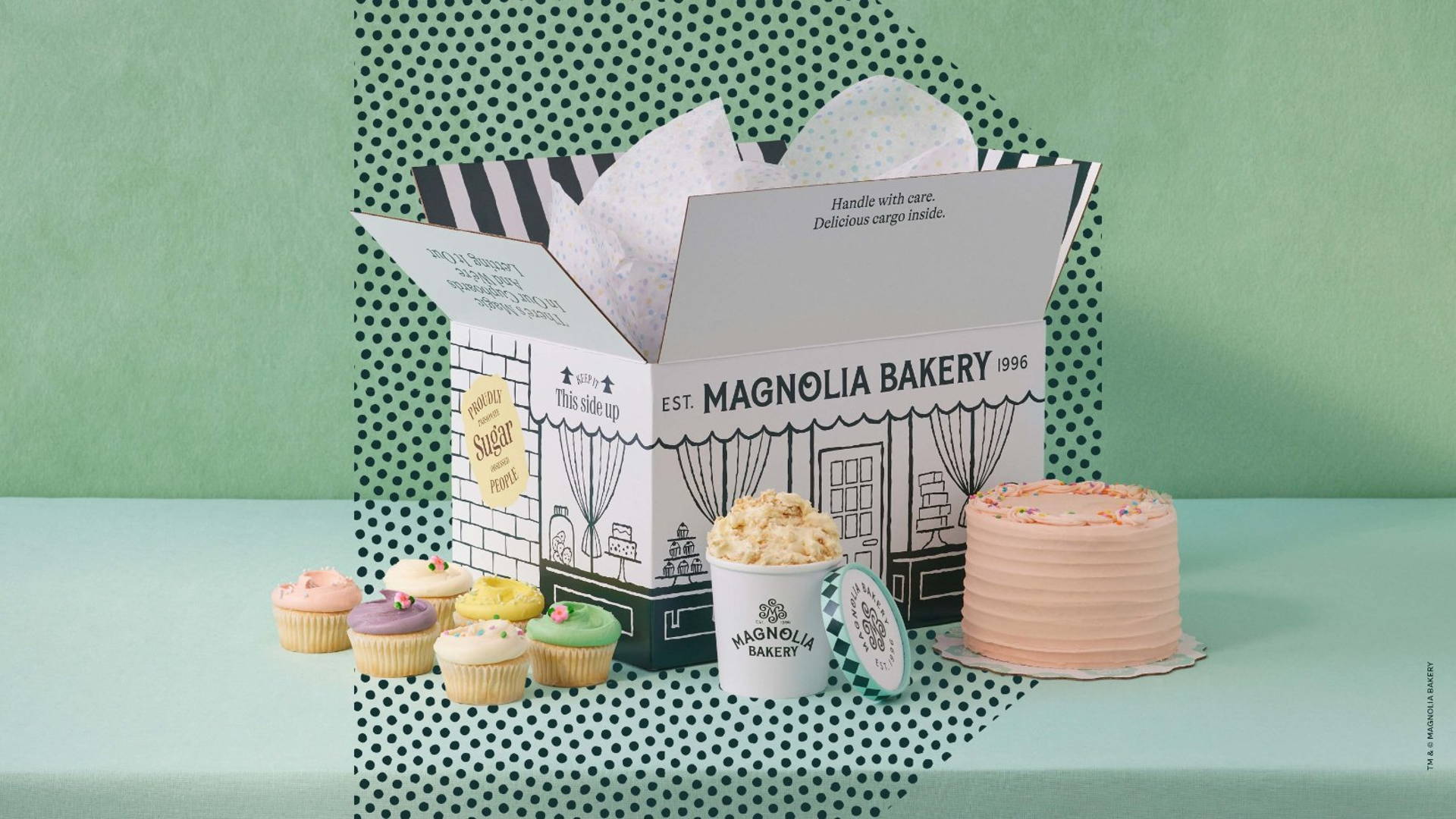 Having worked in my fair share of offices, I can tell you that there is no more welcome sight than a box of pastries. Once you see that pink doughnut box, you know what you’re going to get, and it’s a drool-inducing affair for the sweet-toothed among us. That, of course, is in direct opposition to the team-wide pizza party every quarter because no, you’re definitely not ever getting a raise or meaningful benefits despite record-setting profits. But, hey, here's an extra pepperoni pie, and make sure you onlytake two slices.

Regardless, pastries can inspire some downright carnal reactions, and that’s why plenty of bakeshops invest in their packaging and visual identity. After all, it’s a beacon for deliciousness.

New York City’s Magnolia Bakery likely kick-started the cupcake craze of the last twenty-plus years when they decided to use leftover cake batter to sell single-serve tasty treats. An Andy Samberg and Chris Parnell SNL sketch and many tons of frosting later, the bakery had outgrown its NYC roots, becoming a dealer of baked goods you can order from anywhere in the US. With an increased emphasis on customers outside of where they have physical bakeshops, they wanted to evolve their brand identity, so they turned to JKR for a refresh, transforming the “New York treat to an anywhere eat.”

“Magnolia Bakery is growing, with a greater focus on its direct-to-consumer business and an expanded retail footprint around the world. It’s time to evolve Magnolia Bakery’s beloved brand essence into a cohesive identity that excites both our day-one locals and consumers who may never set foot in our bakeries. We’re truly bringing the magic of the bakery to your doorstep, wherever you are,” said Eddie Revis, chief marketing officer at Magnolia Bakery, in a press release.

The idea of a neighborhood bakery has changed since the last time Magnolia refreshed their identity 15 years ago—look at Christina Tosi, the founder and owner of the beloved Milk Bar. Tosi went from creating desserts for the not-then celeb chef David Chang at Momofuku, eventually opening a pastry shop next door in 2008. Her Creal Milk and Crack Pie became word-of-mouth sensations almost overnight, and now you can find Milk Bar cookies at Whole Foods and Target. Hype and FOMO are real indeed and can be integral to marketing any bakeshop.

Magnolia needed to future-proof their identity, but they still wanted to celebrate their West Village roots as they expanded their services. And while they scraped away the windowed storefront illustration, the identity now has a cozier feel and more closely resembles a cherished bakeshop.

“We have created an identity that delivers on the brand’s deliciously indulgent in-bakery experience with a joyful and eclectic kit of parts inspired by our design strategy—a bite of whimsical delight,” said JB Hartford, Group Creative Director at JKR, in the same press release.

“The new logo is inspired by the bakeshop’s trademarked cupcake swirl—which takes up to 40 hours to perfect—and the live theater of the bakery—mixers spinning vanilla cake batter, cupcakes being iced, and banana pudding being scooped,” JB added.

Additionally, they brought more elements out of the bakeshop and into the identity and packaging. The green of the bakery’s walls is now the core brand color, while other hues and tones come from their baked creations and vibrant sprinkles. Even the shipping boxes and takeout bags bring their storefront to your front door, literally, as the all-over box illustration is their Bleecker Streer bakery location.

Not every bakery is Magnolia. Or Milk Bar, for that matter—it’s really hard to be the person that made cupcakes a special something you needed to attain. But, as one scales up and becomes more than just a neighborhood institution, it helps to clear the brand clutter and opt for a unified experience wherever your business lives, whether it’s online ordering, delivery, or even inside the bakery itself. And Magnolia Bakery has done just that, and then some.

Magnolia Bakery will run out its new look from JKR online and in-store within the next few months.