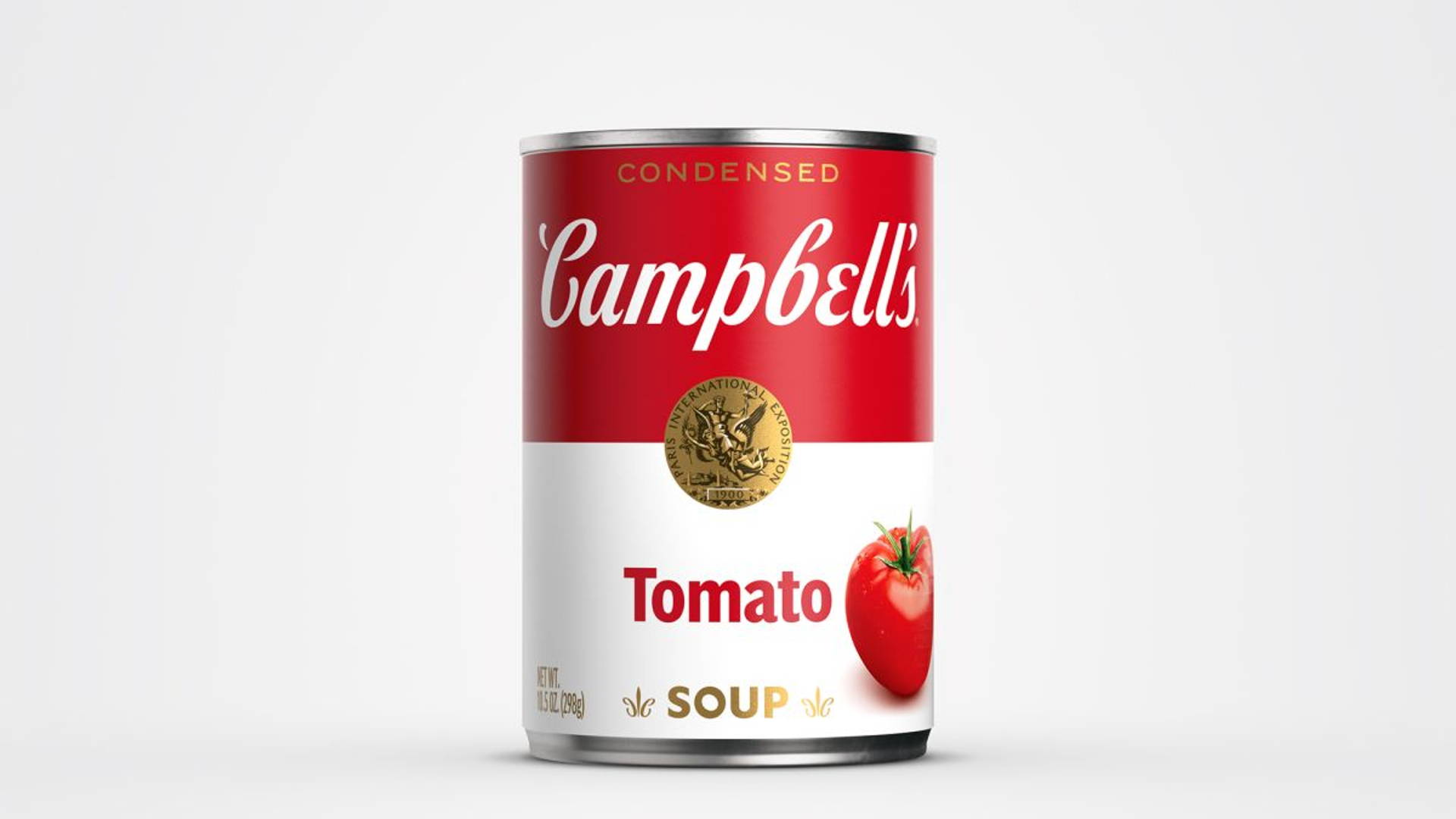 Nearly sixty years ago, artist Andy Warhol took the Campbell’s soup can, already an American icon and pantry staple, and recreated 32 virtually identical examples of each on canvas, laying them out in a grid. When asked, Warhol said he found inspiration in the same lunch he had for 20 years. Despite their uniformity, each can was handpainted, a subversive commentary on painting as a medium for unique creativity.

Campbell’s is tapping into its legacy in the visual art world to celebrate a redesign to its classic label, a first major change to the packaging in 50 years. Teaming up with Queens-based streetwear designer and artist Sophia Chang, Campbell’s will auction off 100 “AmeriCANa -- Sophia Chang x Campbell’s” pieces via NFT in partnership with NT-WRK and Open Sea, with proceeds supporting Feeding America’s efforts against food insecurity.

The changes to the Campbell’s soup cans are subtle, retaining the red and white backdrop with a change to the logo script inspired by Joseph Campbell’s signature. Shadows are dropped, lending crispness to the label. Hidden details like the Campbell’s “C” found within the fleur-de-lis graphics and the slanted “O” in soup is a nod to the original 1898 red label.

"Some of the most famous pop art ever created was inspired by the Campbell's red and white can?—the design is as much a staple of the grocery aisle as it is American culture," Sophia Chang said via press release. "As a visual storyteller, I always look for new ways to express creativity. I wanted to hero the beloved label with keywords that connect to the brand for me while including a photo-real element of the fresh label to celebrate the new design."

Campbell’s new soup cans are making their way to stores now, and the NFT artwork is available for purchase via auction through Aug. 6.