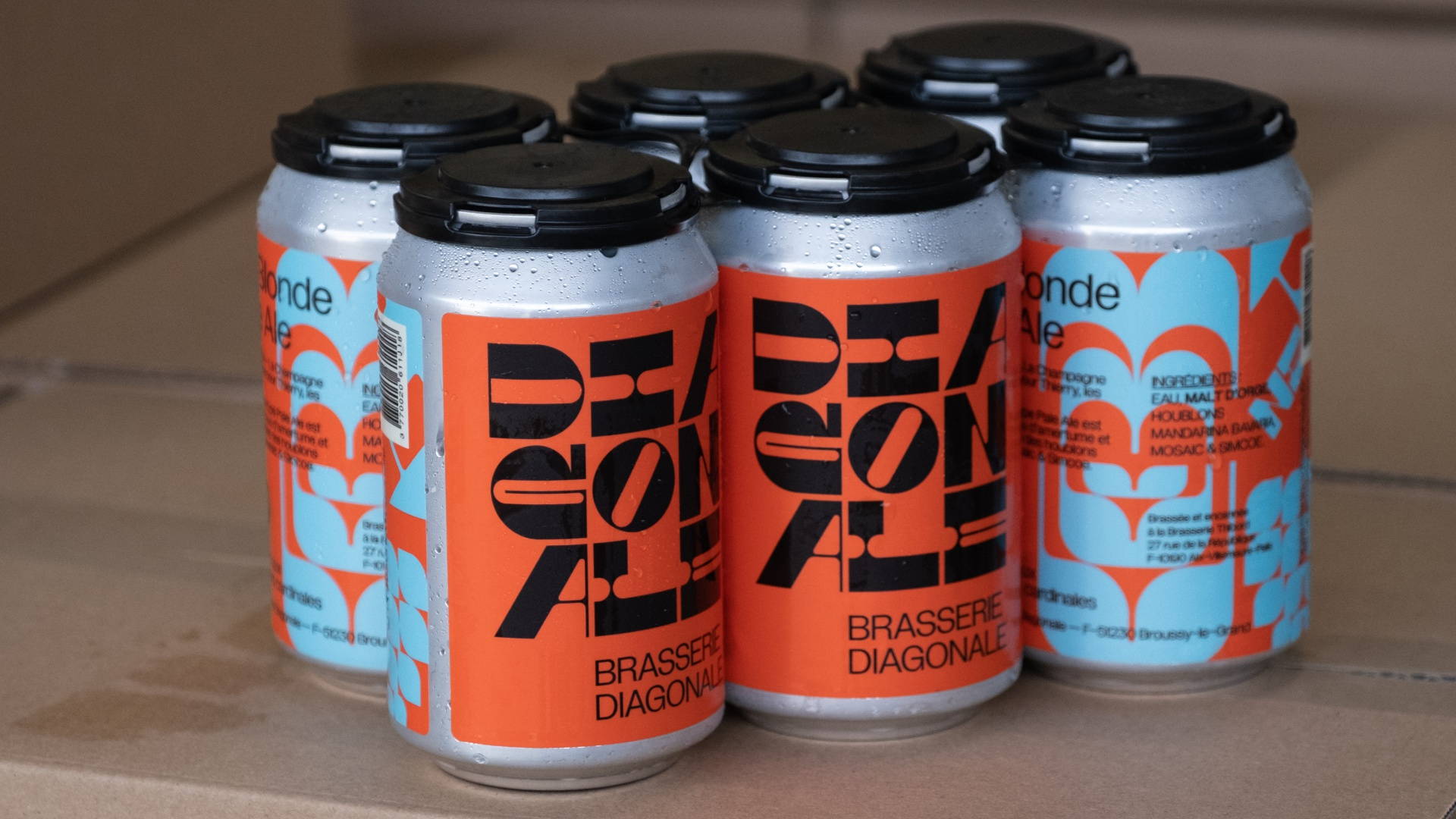 Diagonale Brewery, designed by Brand Brothers, has packaging that will spark inspiration. The logo itself is geometrical, linear, and funky, all while packed into a tight and perfectly kerned square; it seems like kismet that the brand's name happened to have nine letters. Each beer can is labeled depending on the type of beer, and the color choices are incomparable: think bright poppy, neon pink, and butter yellow. The cans remind me of Bauhaus design, but with an unexpected and modern twist. Perfection. 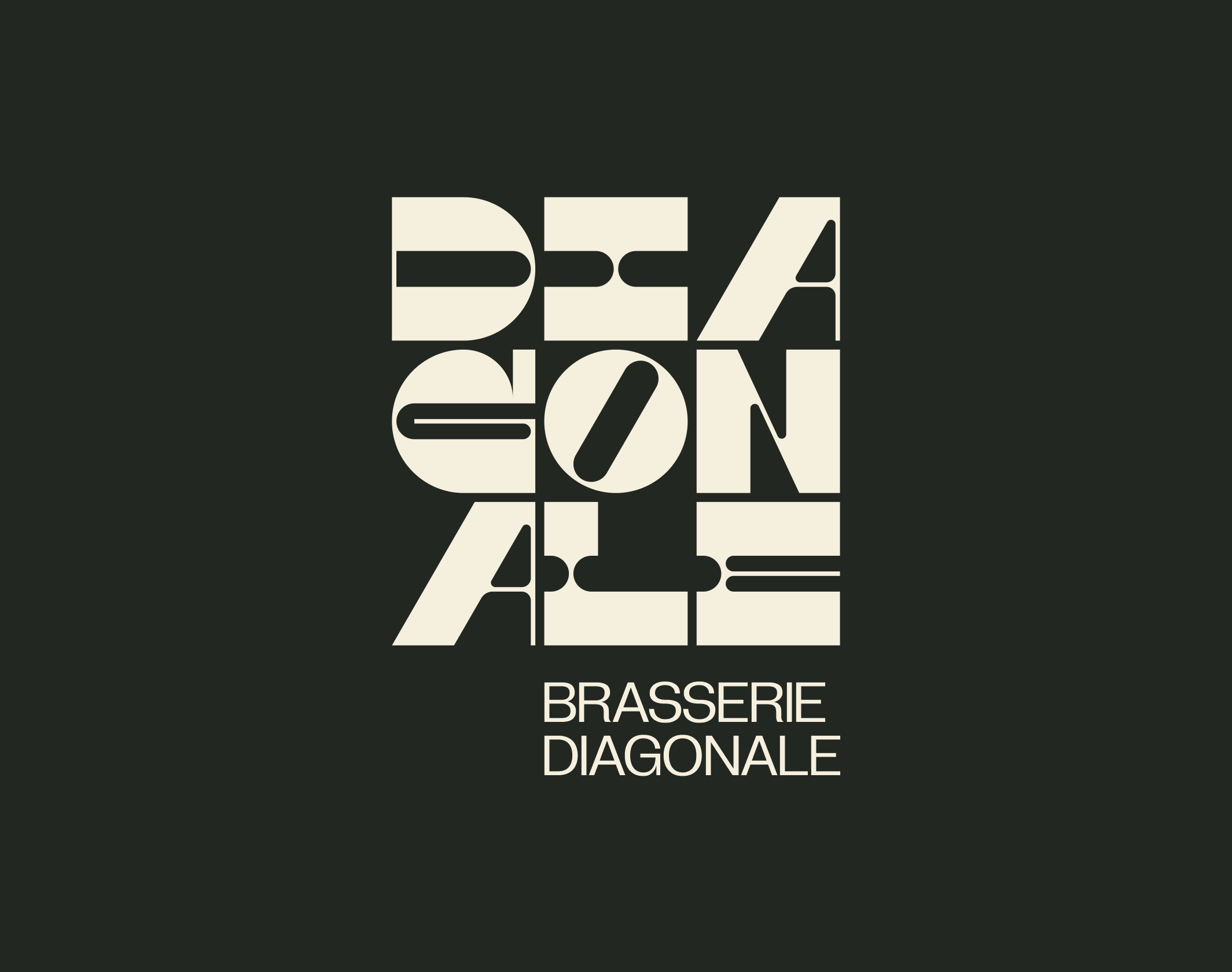 The Diagonale Brewery was born from the imagination of Thierry and Benoit, long-time friends whose respective careers have taken them all over the world. Back in the East of France, the idea of creating an independent micro-brewery in Broussy-le-Grand (Marne) was born in 2019, with the objective of sharing the singular life trajectories of the two founders in craft beers. At the end of 2020, Brand Brothers was commissioned to design the complete visual identity of the project.

Our graphic proposal revolves around an extensive typographic and symbolic language. The logotype, composed of letters with very pronounced inverted contrasts, was designed especially for the occasion and serves as the basis for a collection of glyphs that considerably enrich the narrative and the imagination around Diagonale beers. Designed in the style of the original Dingbats, these symbols allow for a variety of compositions, forming a simple and powerful graphic backbone. Associated with Gramatika (Typefaces of the Temporary State), this visual language is developed on the first two cans of the brand, an e-commerce site designed at the studio and a series of posters. The collaboration between Diagonale and Brand Brothers will continue with the release of new beers, permanent or ephemeral.

Nude Brings Irreverence And Spontaneity To The Milk Alternative Category