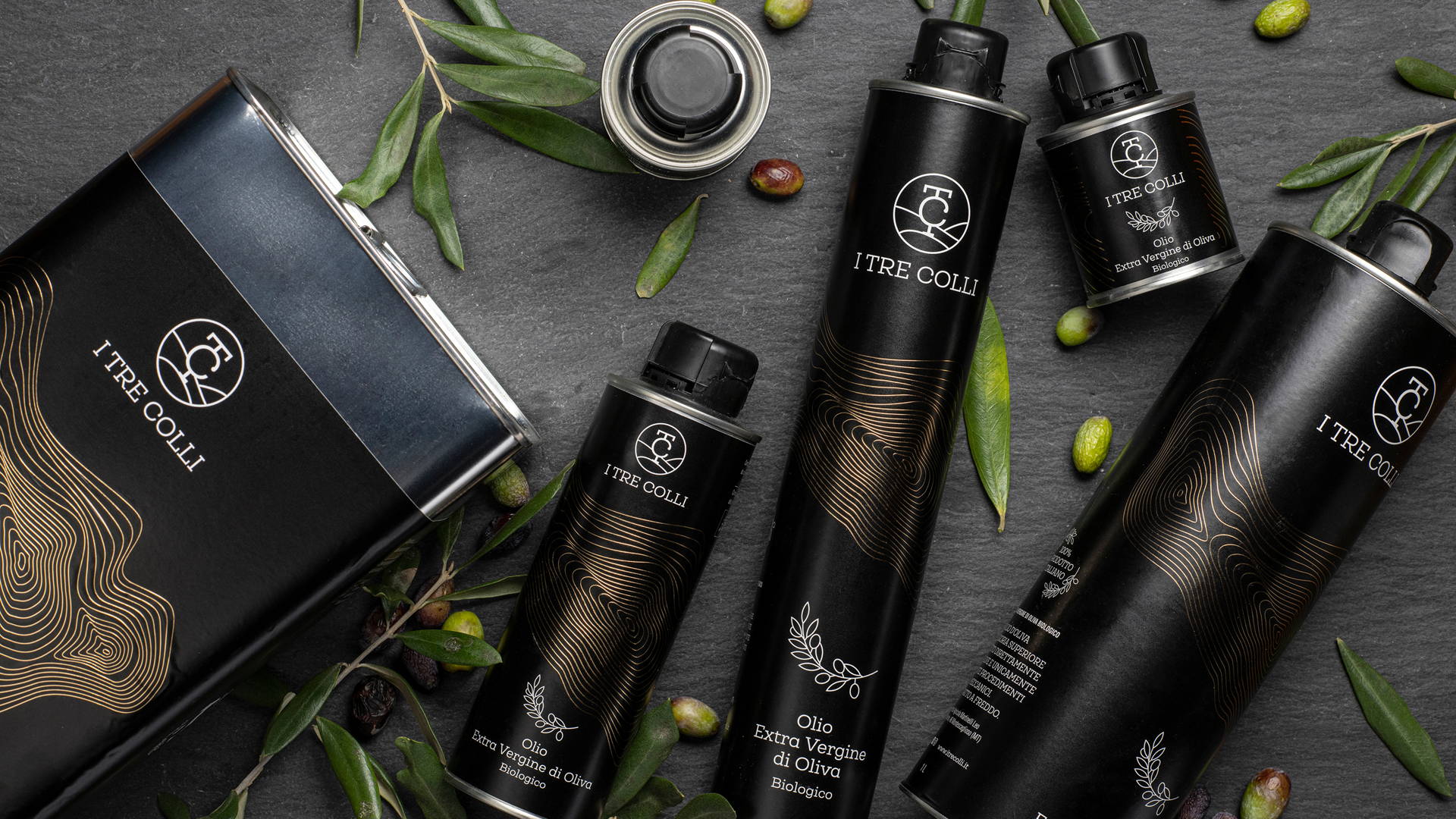 I Tre Colli Just Leveled Up Your Cooking Game

Cooking just got a lot more luxurious thanks to the fresh, intricate design for I TRE COLLI olive oils.

The branding for these organic oils stems from Southern Italy's Lucania, where the olive oil gets produced. Each oil variant comes in two different designs: one features green and white, while the other utilizes black and white. These striking color differences make it visually easy to distinguish on a shelf, while the gold foiling is a luxury through-line in both.

I TRE COLLI is a family-run farm in what was historically regarded as Lucania, a region in Southern Italy. Following an organic vocation since 1983, the family produces extra virgin olive oil from century-old, as well as newly-planted olives, oranges, almonds, and pistachios.

The name 'i tre colli' means 'three hills' and serves to represent the three hills that make up and encompass Montescaglioso, a small town in Southern Italy where this quaint farm is based.  For this reason, the label's design consists of these hills, of whose intricate lines also serve to emphasize depth and volume. Given that the pure nature of every ingredient that goes into the process is of great importance to this family-run business, the underlining tones in the label's and bottles' design are what give this product a unique twist as compared to standard olive oil brands.

I Tre Colli sells two sets of bottles, one of which is packaged in predominantly black, and the other of which is white. Where the white bottles harbor an oil with delicate notes, the oil in the black bottles is known for having a stronger, more robust aroma and flavor.

Both the black and white renditions are printed on paper that does not allow oil to absorb, in the event that the olive oil spills or leaks during or after a pour. These two bottle sets differ, however, in accent colors and printing technique. While the white bottles showcase green caps and a contrasting gold design, the black bottle labels are printed with a more intense gold foil and have a monochromatic cap, further emphasizing the depth of the flavor.

In the black variant, the illustration creates a link between the preciousness of olive oil and the preciousness of a gold nugget found in the lands of Basilicata, the current name for the historical region of Lucania. It is common to hear Italians refer to olive oil as "liquid gold", since quality olive oil is such a significant staple in Italian cuisine.

As showcased, each respective line contains a number of bottle and container sizes. In addition to traditional bottles, there are tin cans that hold a much larger volume of oil.