No, You’re Not Tripping On Peyote, Plastic Made From Cactus Exists

Cacti are versatile plants, and while some serve as ornamental plants or natural barriers, others are quite tasty, and a few produce psychoactive agents, such as mescaline.

Thanks to one scientist, we can add another use for the prickly plant—an alternative to plastic.

Sandra Pascoe Ortiz from the University of the Valley of Atemajac in Mexico has developed a process that converts the prickly pear cactus into a non-toxic, biodegradable plastic, one that's less harmful to the environment. According to Pascoe Ortiz,  if the cactus-plastic material ends up in the ocean, the most likely outcome would be that an animal eats it without harm. If a fish doesn’t eat it, Pascoe Ortiz’s material completely degrades in a few days when submerged in water.

In addition to being biodegradable and non-toxic, the harvesting of cactus pads does not kill the plant, plus propagation is easy, and mature plants can grow several pads a year, depending on the species. Being cactus, they obviously do not require a lot of water and can be grown in land unsuitable for other types of crops, making the cactus-based plastic even more environmentally friendly. 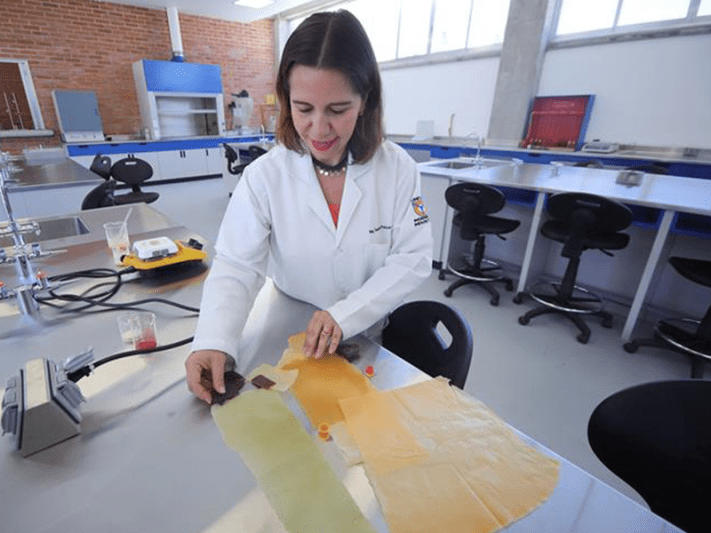 The manufacturing of the material is straightforward, requiring only simple tools and equipment. The process starts with juicing the cactus pads, and after cooling, other non-toxic and renewable ingredients are added before getting laminated and left to dry. The manufacturing takes about ten days, but Pascoe Ortiz believes the process can be sped up using industrial techniques.

There is a versatility in cacti found in the range of characteristics applied to the final product with variables like color, thickness, and rigidity easily adjusted. Sandra is now studying the approximately 300 different kinds of cactus found all over Mexico to find species best suited for this application.

It's fitting that this new use for cacti comes from Mexico as the plant, especially the prickly pear, is eaten all over the country. Legend has it that the gods told the Aztecs to build Tenochtitlan (modern-day Mexico City) where they see an eagle with a serpent in its beak perched upon a cactus, something depicted on the nation’s coat of arms.

Up Your Smoothie Game With Mabel & Joy