While coffee may help you get through the day and can reduce the risk of dementia and Alzheimers, there are some drawbacks to everyone's favorite kick starter beverage—think java jitters, anxiety and high cholesterol. If you're one of the unfortunate humans who love a cup of joe but are skeptical because you experience all the cons associated with it, you're not alone.

That's why it's the key motivation behind Shane Heath's new company MUD\WTR.

“Working as a designer for a tech company in Silicon Valley, working out twice a day and drinking tons of coffee like most people around me, I started to notice an increase in my anxiety, as well as terrible sleep," says Heath. "I loved the ritual of coffee, but I was reliant on a drug—caffeine—for my vitality. This seemed like a weakness I couldn’t live with, so I set off to replace my ritual with something better.”

Heath found that “something better” at an artist residency is Goa, India when he discovered the magic of chai.

"With 1/7th the caffeine of coffee, a gritty and dynamic flavor profile and an amazing culture built around it, I finally found a rival to coffee," states Heath. "I returned home from 8 months abroad with the intention to create something that I could drink every morning. I wanted something that wasn’t just for energy, but that benefitted mind, body and soul."

Feeling inspired, he began the base to his new coffee alternative with a blue lotus masala chai, combining black tea, cinnamon, cardamon, cloves, ginger and black pepper. From there, he added turmeric to help fight off inflammation, cacao to enhance mood and alertness and cinnamon to help with the cravings—a trick he learned through intermittent fasting. 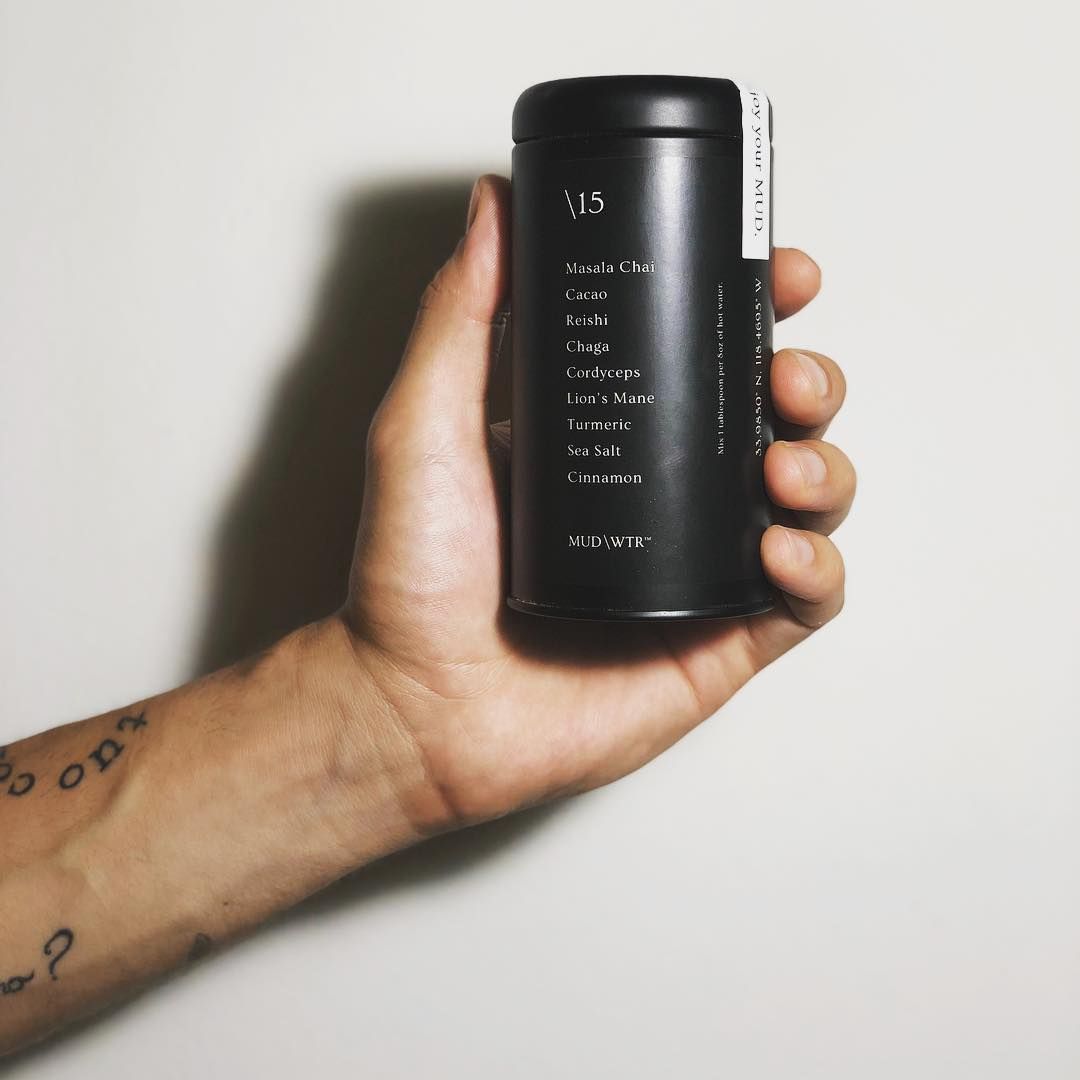 "Mud wasn't mud until I found out about the mushrooms though," shares Heath. "I was drawn by its capacity to enhance cognitive function and restoration. I added cordyceps for its physical performance benefits and found that chaga and reishi had amazing evidence to support healthy immunity and vitality. When combined, I had a drink that looked dirty. It was brown with chunks of chaga floating in it, but I loved the shit out of it.”

Heath would drink this elixir for years before he sought to build a company out of it, an idea that was only sparked by conversations he had with those around him who were also in a love/hate relationship with coffee.  Once the seed was planted, he moved forward with the goal to create a brand that would speak to everyone, both inside and outside of the yoga, ayurvedic and wellness communities.

"To do so, I designed a brand that simply spoke to me," states Heath. "Luckily, I exist in both communities. I meditate daily, explore my consciousness and do yoga. In contrast, I also run a company, do CrossFit and train Jiu-Jitsu. I'm a hippie, an entrepreneur and an athlete. So, I built the brand around my voice, my lifestyle and the aesthetics I am drawn to."

Between being a designer and Mud feeling like an extension of himself, Heath felt compelled to personally design the brand, packaging and website, as well as write all of the copy – which is something he continues to do to this day. With such a personal connection to the product, he knew exactly how to tell the brand story via creating minimalistic designs. Packaged in a matte black tin, Mud features the ingredients in clean, white font on the front as transparency was important to Heath.

While there may have a few challenges from scaling the production to prioritizing eco-friendly solutions for packaging to avoid using single-use plastic, he continues to push through because it's worth the fight. Like most entrepreneurs who have discipline, patience and a little intuition, Heath appears to be on the right path as the company secured a million dollar investment fund six months after he began the journey to launching the company last year and has officially moved into an LA office space.

If you're looking to add a little Mud into your daily ritual, it's available exclusively at mudwtr.com. There’s even a subscription service that you can sign up for and have it delivered straight to your door, so you can experience caffeine again without all of the fuss.