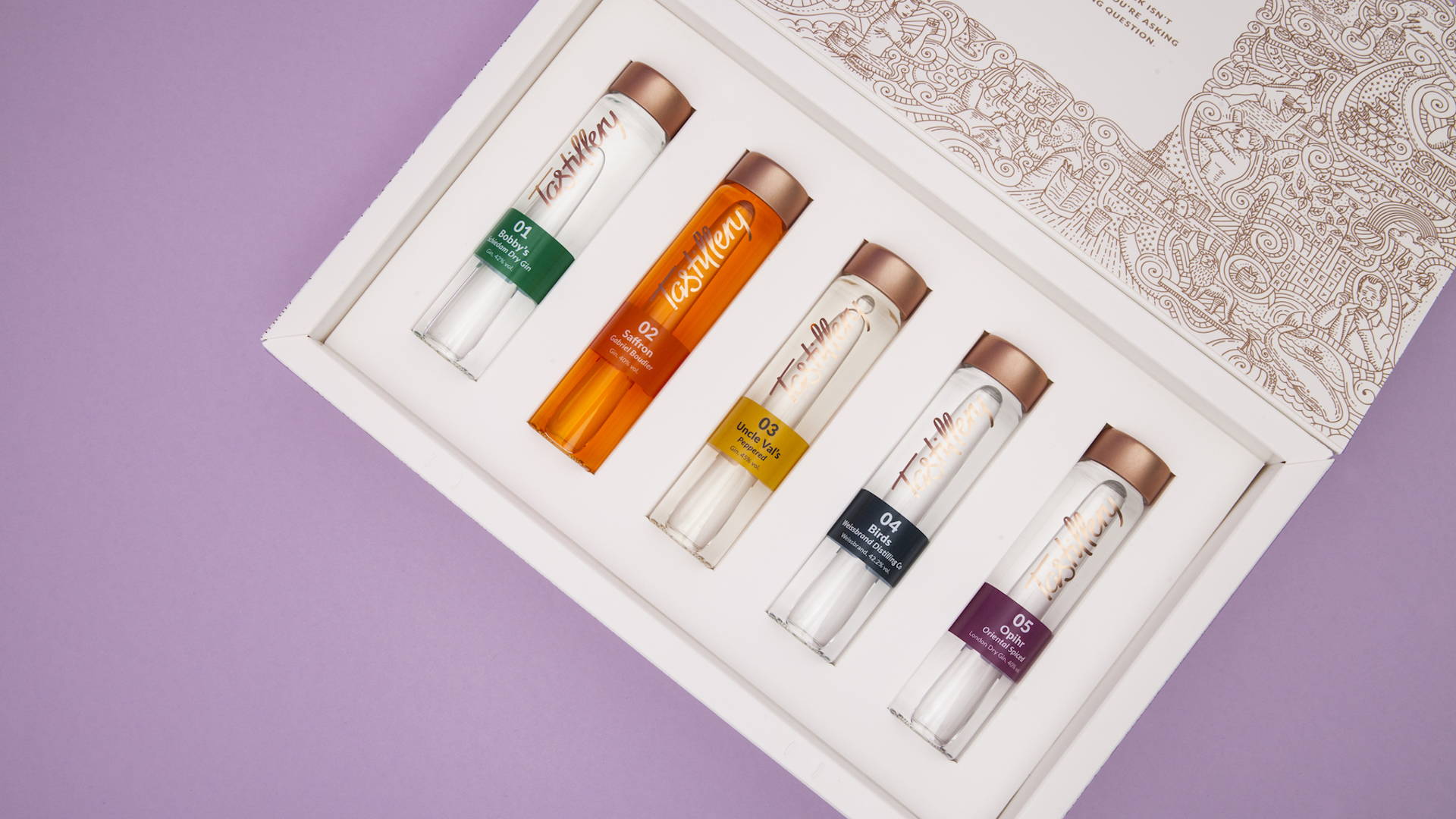 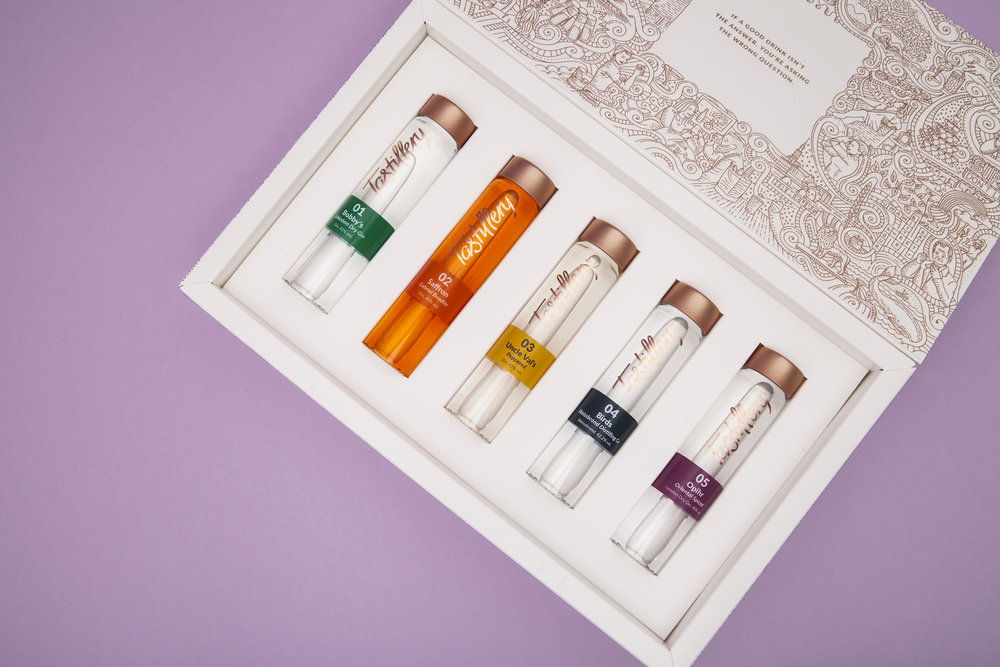 Hey, spirits afficionados, have you seen Tastillery yet? This tasting box allows consumers to try some of the best rums, whiskeys, and gins around without having to buy the whole bottle first. Not only is the idea genius, but the packaging is downright gorgeous. We spoke with Waldemar Wegelin and Mauro Martins who designed Tastillery to learn more about creating this spirits tasting box, from working across continents to drawing these unique illustrations, and more.

What was one of the biggest goals you set out to achieve with Tastillery packaging and how did you accomplish it?

W+M: Tastillery is all about discovery. So we decided that the packaging should be the first step of this discovery, the box itself should make people curious and get them ready for inspiration. That’s why we ended up covering the whole thing with hundreds of stories. We sat down and imagined all kinds of drinking situations, some real and some surreal and combined them into one giant illustration in Mauro’s style. The end result is that the box is an entertaining object and a part of the drinking experience. 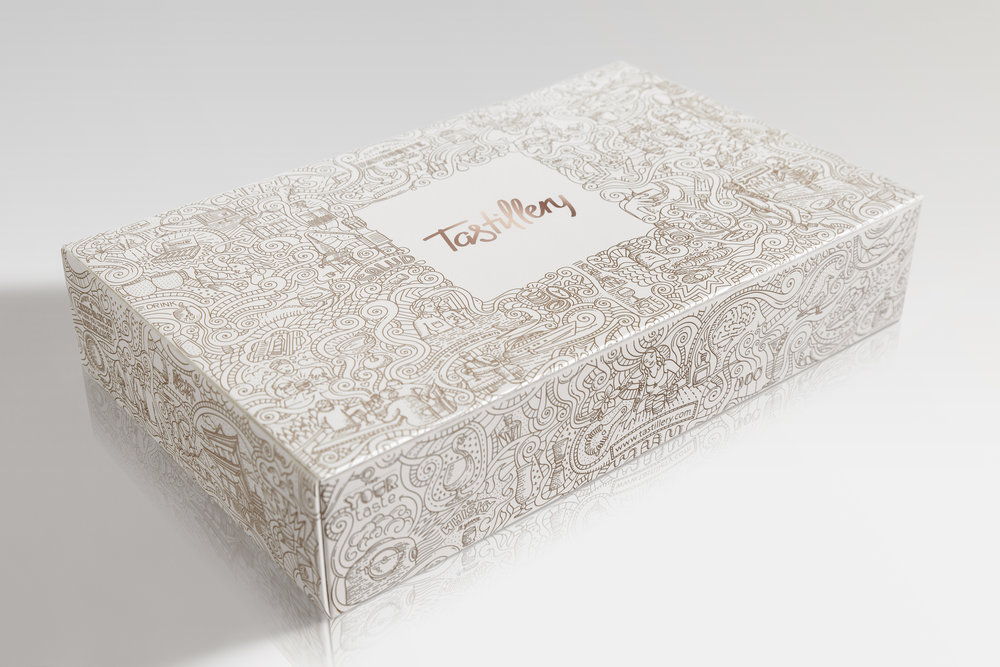 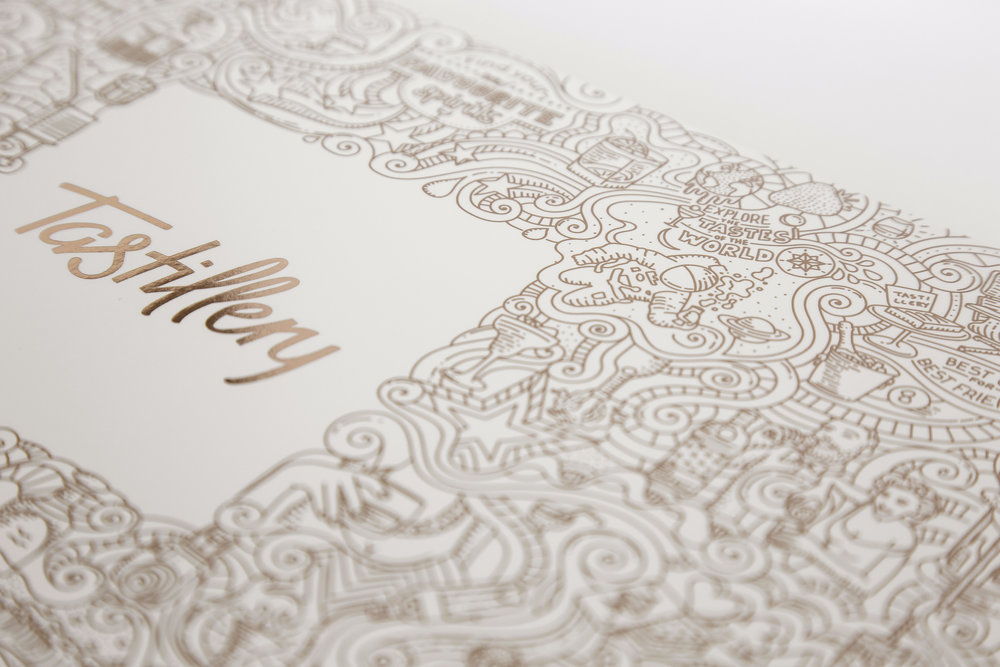 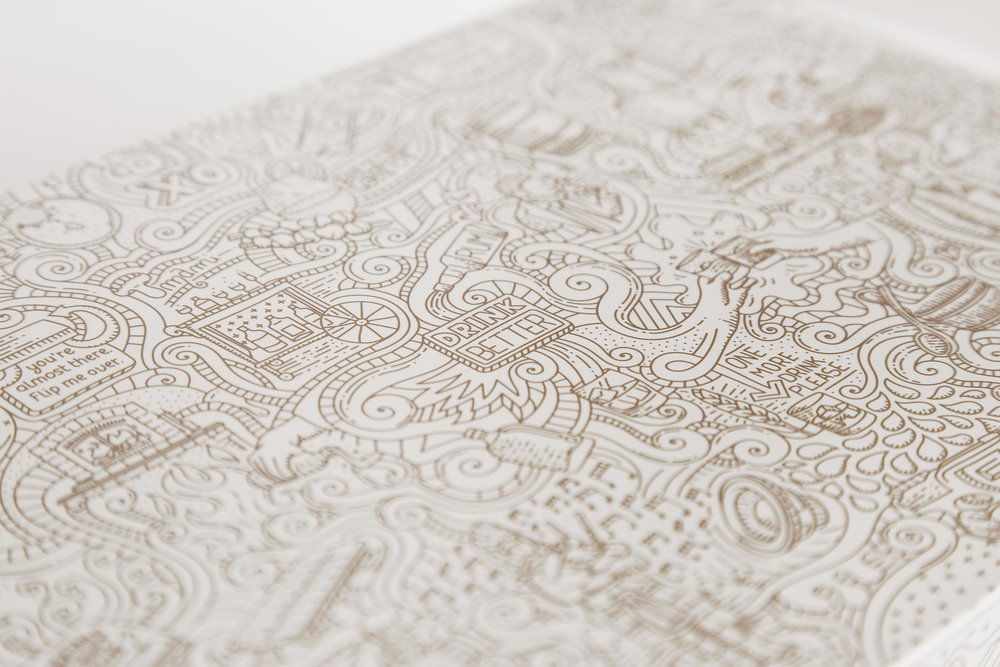 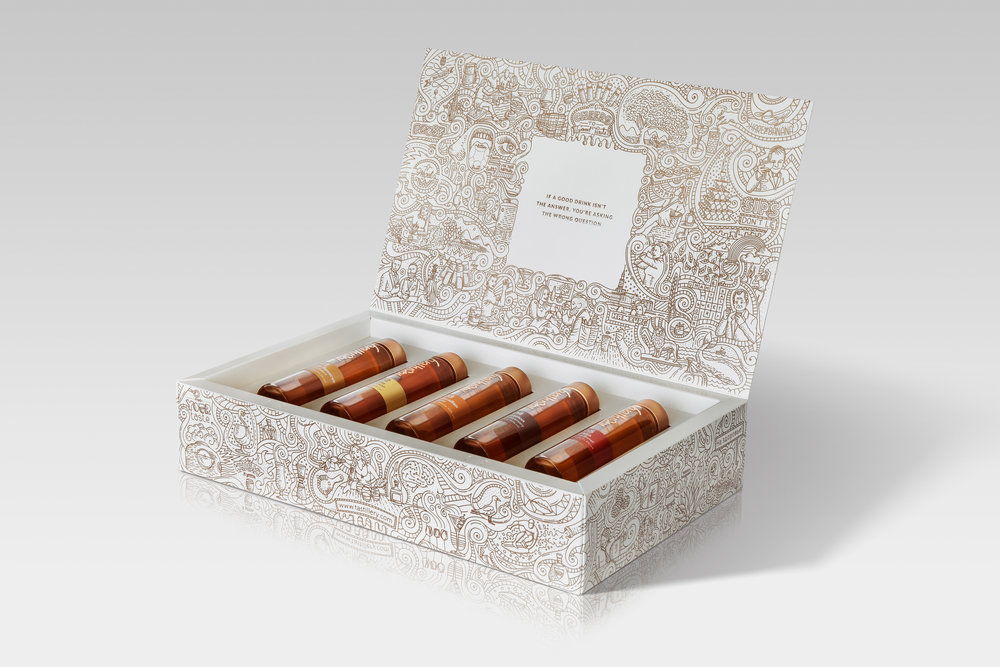 Mauro: We wanted the illustrations to continue flawlessly all over the box, even inside the lid. So if you follow a trace on the lid, when it reaches the edge, it looks like it continues on the side of the box as it was the same line. Creating this continuous feeling was quite challenging, as the inside and outside of the box had to be considered.

Waldemar: It sounds quite banal but – choosing the right copper color on all elements of the design: the box, the bottle labels and the bottle lids took us ages as they came all from different suppliers. In the end we even added magnets inside the lid – which you can’t see on the pictures – to make it feel even more premium and create a bit more tension when opening it up. 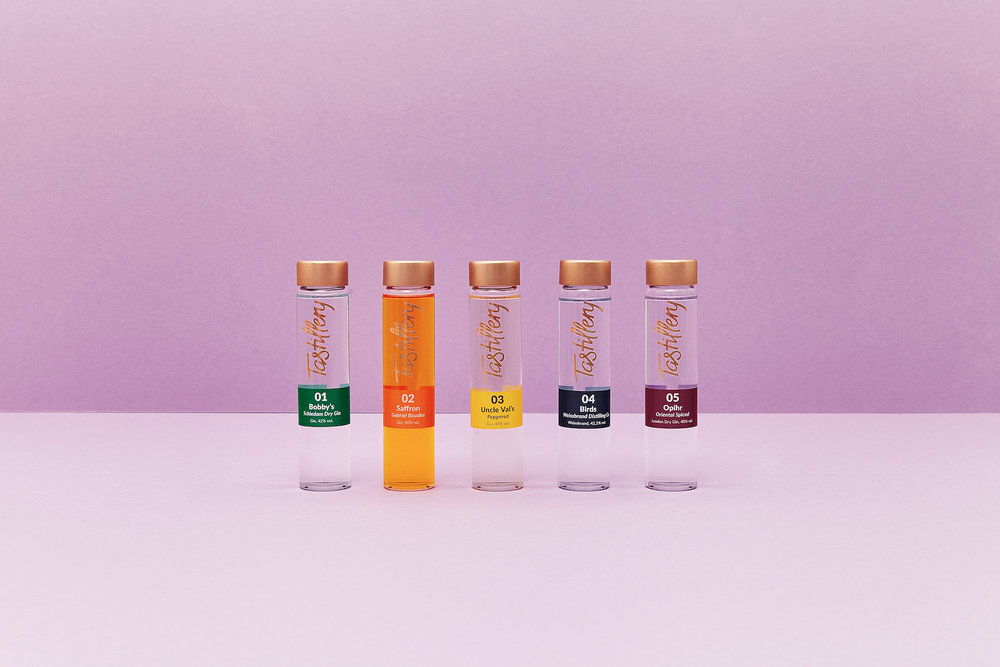 How did you handle collaboration on this project, especially across continents?

W+M: When we met each other we were working at CP+B in Boulder, USA and almost every client meeting was made through conferences. So we both were more than used to it already. On the Tastillery project, Waldemar was in Germany and Mauro, in Brazil. So we had meetings using Skype, we shared a Google Doc and tackled everything else by e-mail. Distance doesn’t seem to be an obstacle these days any more. 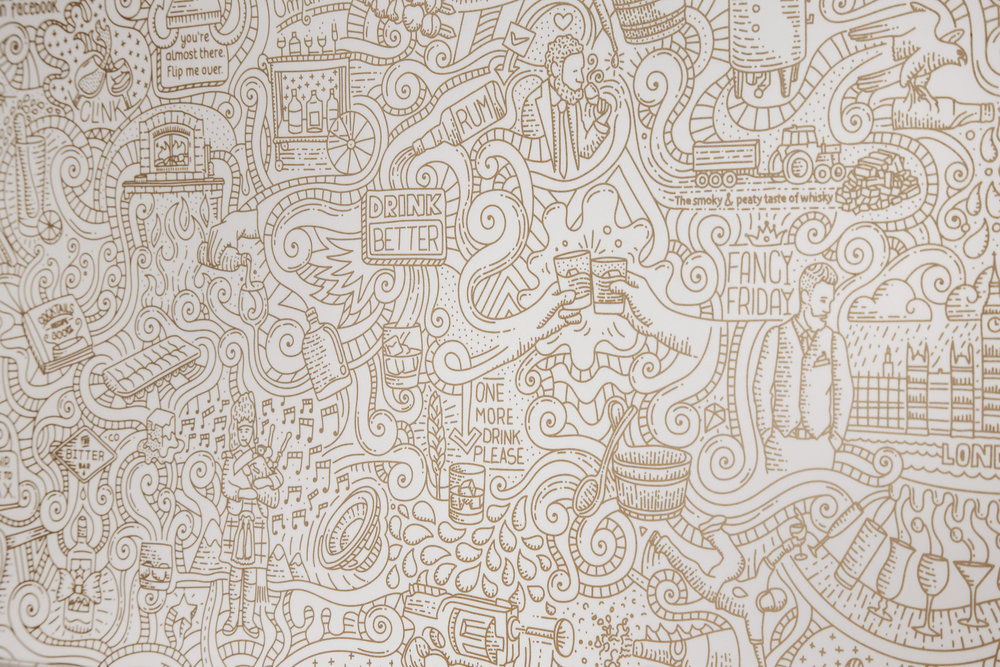 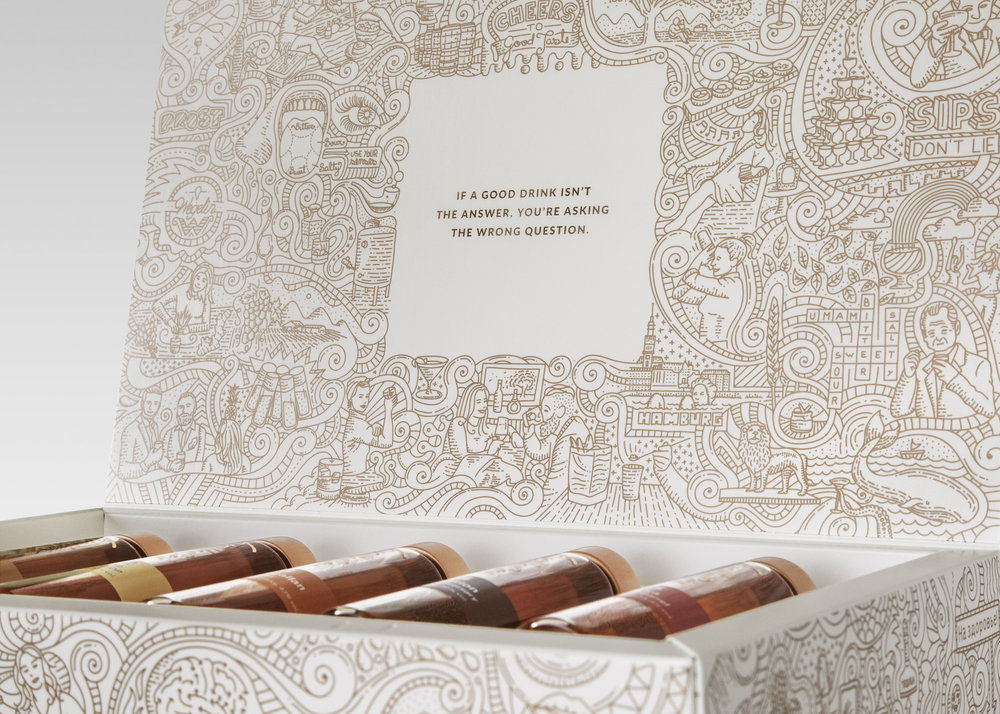 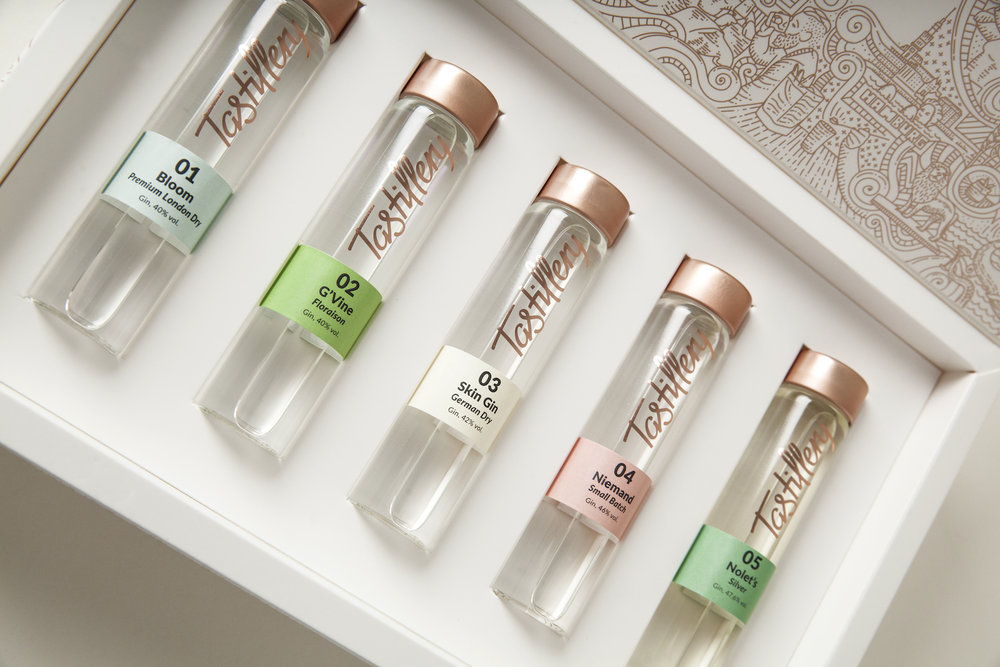 Let us know a little bit more about the process of making the doodle art. It's so intricate and unique!

Mauro: I’ve been drawing like this for over a decade for fun. Luckily, in the last 1.5 years, it turned into my profession. My doodles tell stories. So one doodle leads to another, which leads to another one and so on. I also usually fill in the blank spaces in between with flourishes and decorative drawings. I try to keep a consistent density of lines and details, so in the end it looks like a texture 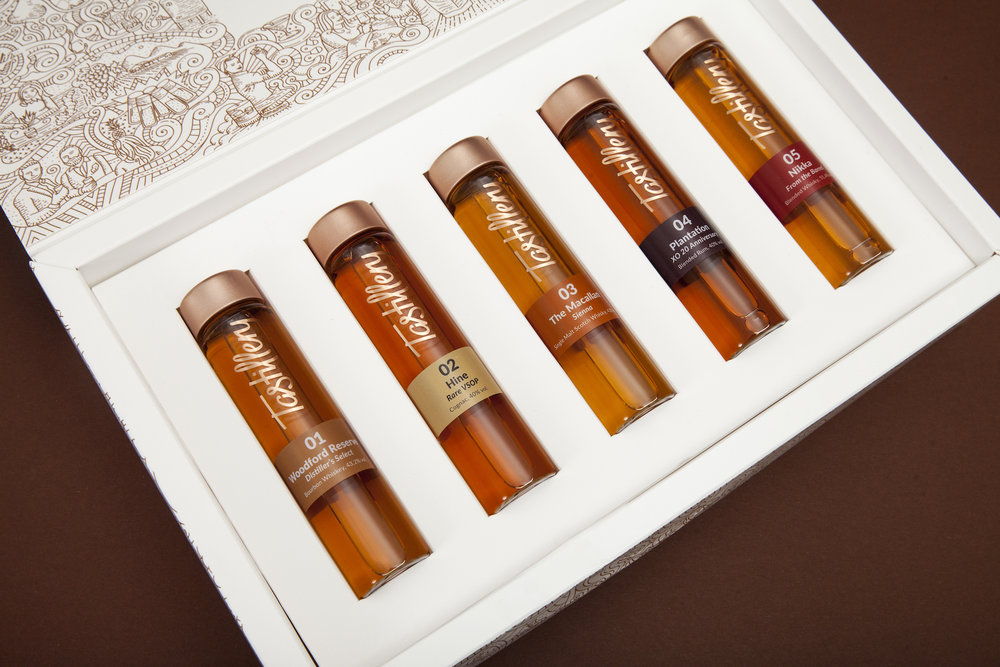 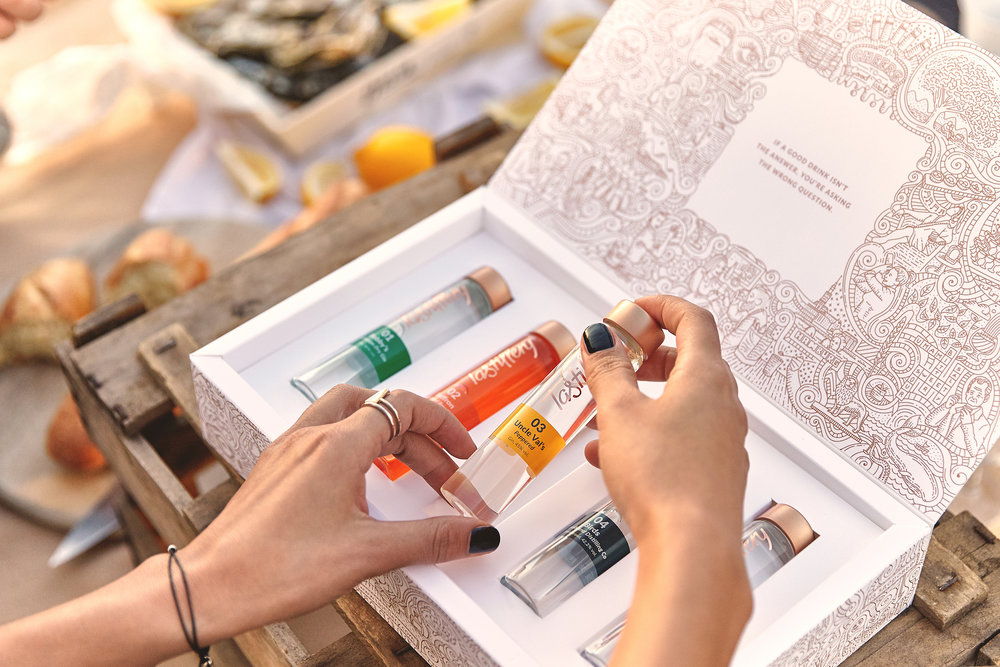 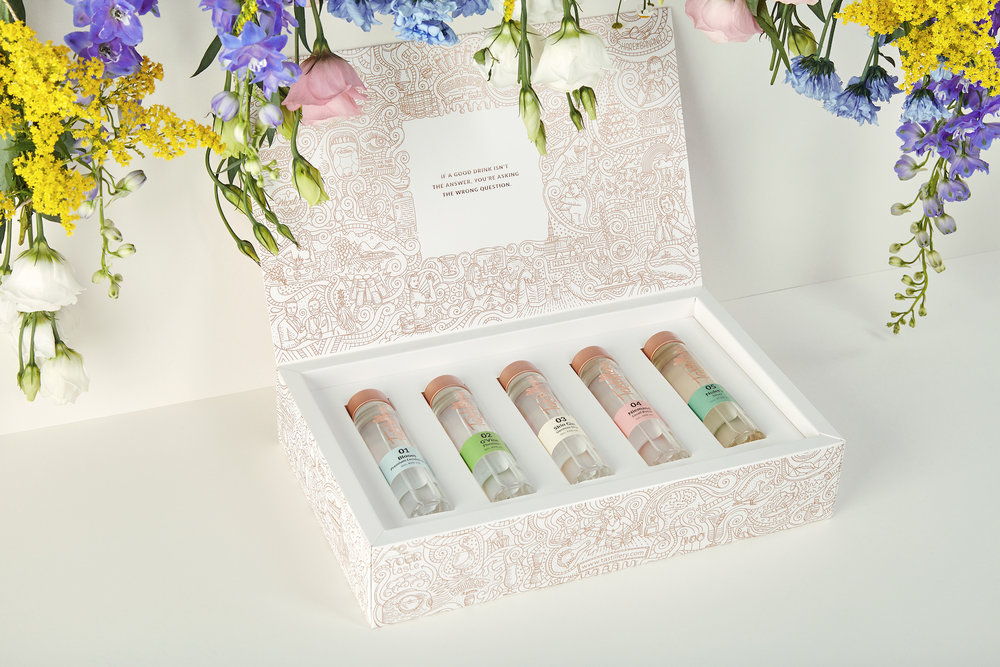 Mauro: At first glance, people see an intricate design. Seconds later, they identify a random story in the middle of the illustration. Minutes later, they’re still chasing stories and having fun. It’s so great to see people having fun discovering new things when looking at it.

Waldemar: The box even tells part of our Tastillery company story and shows the moment me and my co-founder Andreas had the idea to start it. Sometimes we use the box in pitch presentations to highlight key aspects of our product, so it’s much more than a design, it’s part of us.

W+M: We had a few drinks here and there when working on this project. Just to get into the right mood, of course. Let’s say this: the right amount of a good whisky helps you be more creative, but if you overdo it, you’ll end up in a good bar instead of continue drawing late into the night.