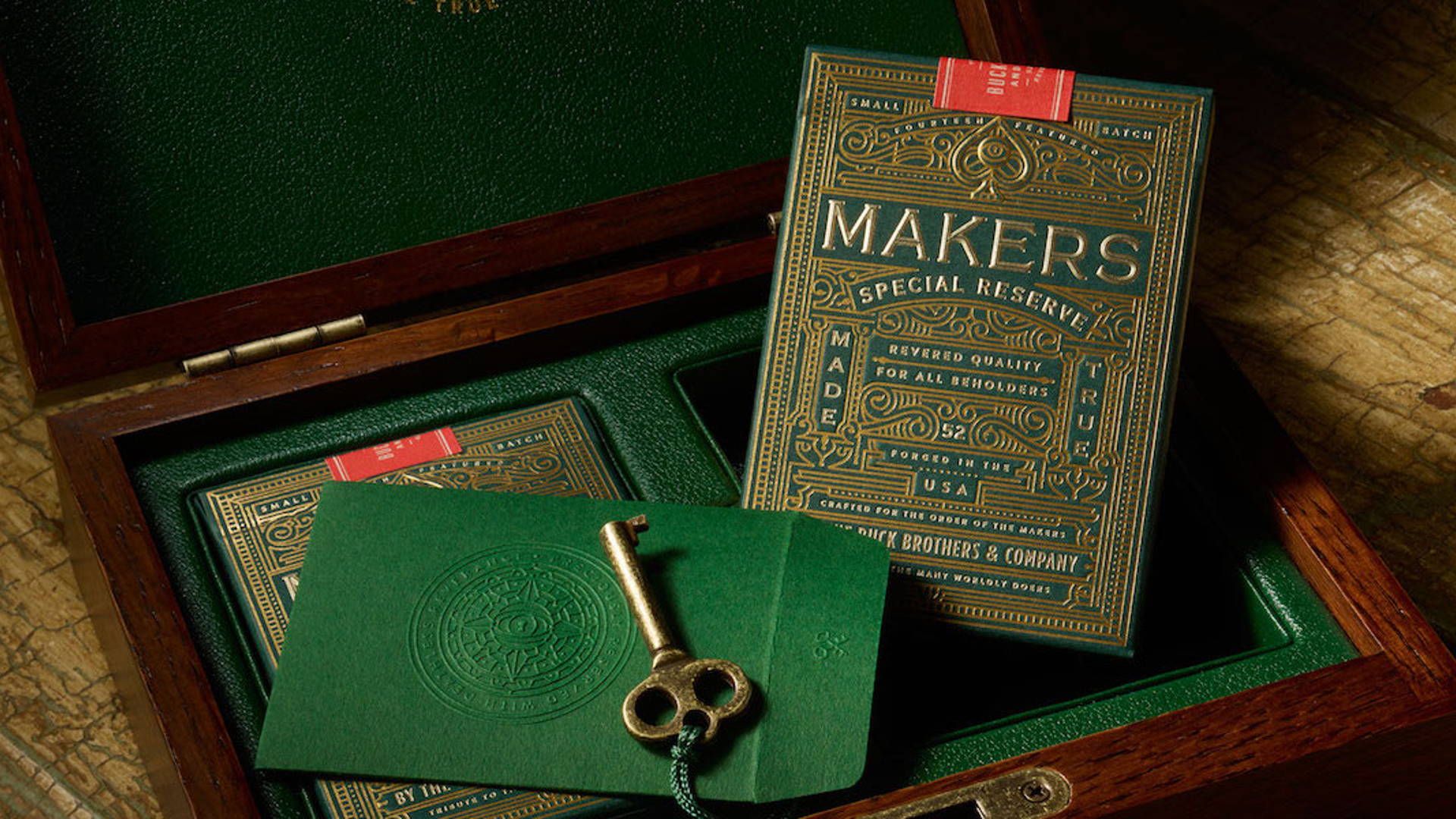 They took two years to complete, but dare we say that Makers Playing Cards were worth the wait. These beauties have incredibly high artistry and quite simply take any magician's fascinating tricks or intense card game to the next level. Chad Michael Studio  developed these magnificent playing cards for Dan and Dave Industries, and it’s easy to see that no detail was overlooked.

“Designed for Dan & Dave Industries, Makers Playing Cards were inspired by the many ‘makers’ throughout mankind’s history. The ones that paved their own way and forged a path for the rest of us. The deck features 14 custom illustrated Makers that have shaped our civilizations—from The Wanderer, to The Prophet, to The Harlot. Makers serves as a worldly tribute and honors their contributions to humanity.” 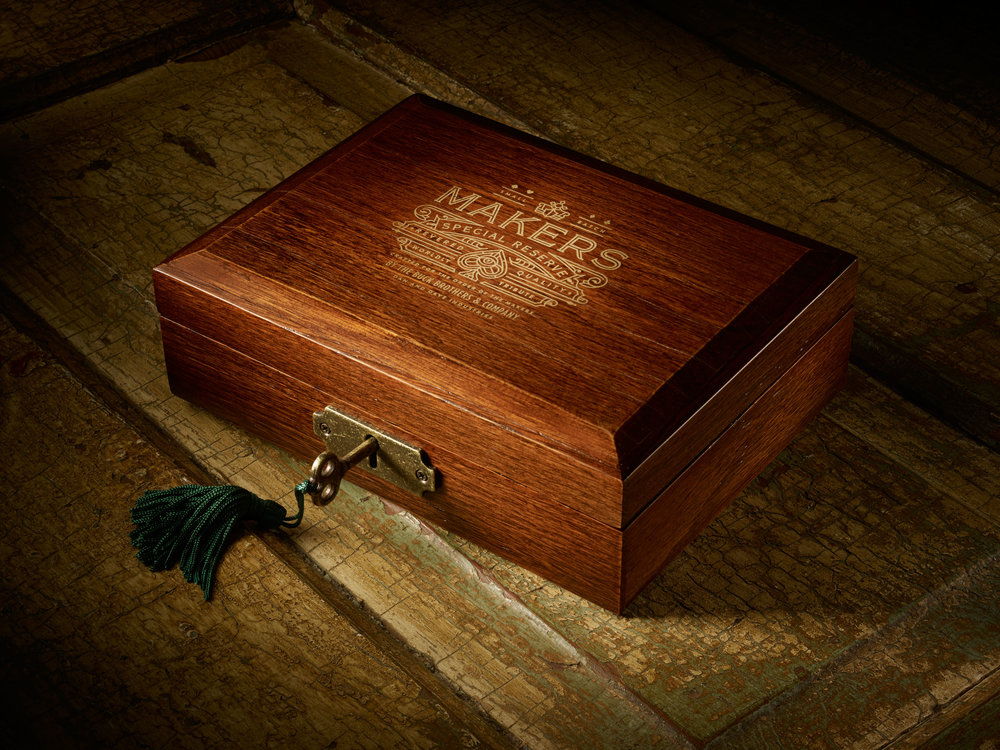 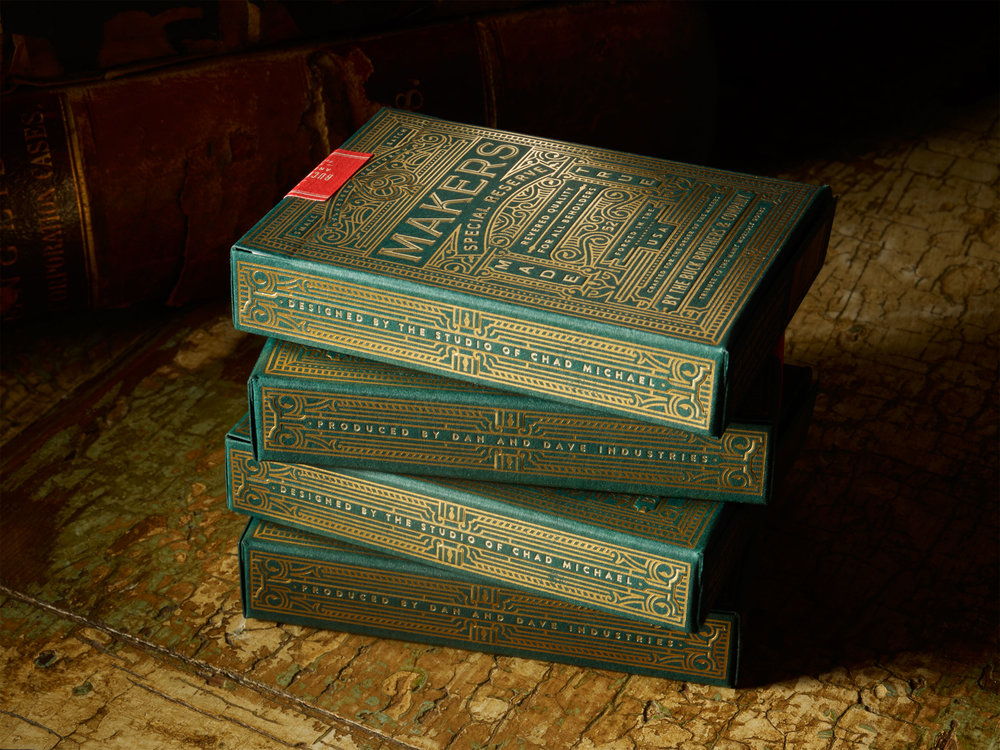 Two decks come in the beautiful wooden box that locks with an antique key, making the process of opening it incredibly special as well as the contents inside. Images on each of the cards are drawn with impeccable detail, with patterns that hypnotize and captivate an audience. The gold foil on the packaging adds to its sophistication and shines against the rich, dark green interior of the box. The interior is a leather-like material, adding to the high quality of Makers Playing Cards, and each deck is numbered to indicate that they’re one-of-a-kind.

We sat down with Dave Buck of Dan and Dave Industries and Chad Michael of Chad Michael Studio to talk more about designing this exquisite decks and box set of Makers Playing Cards. 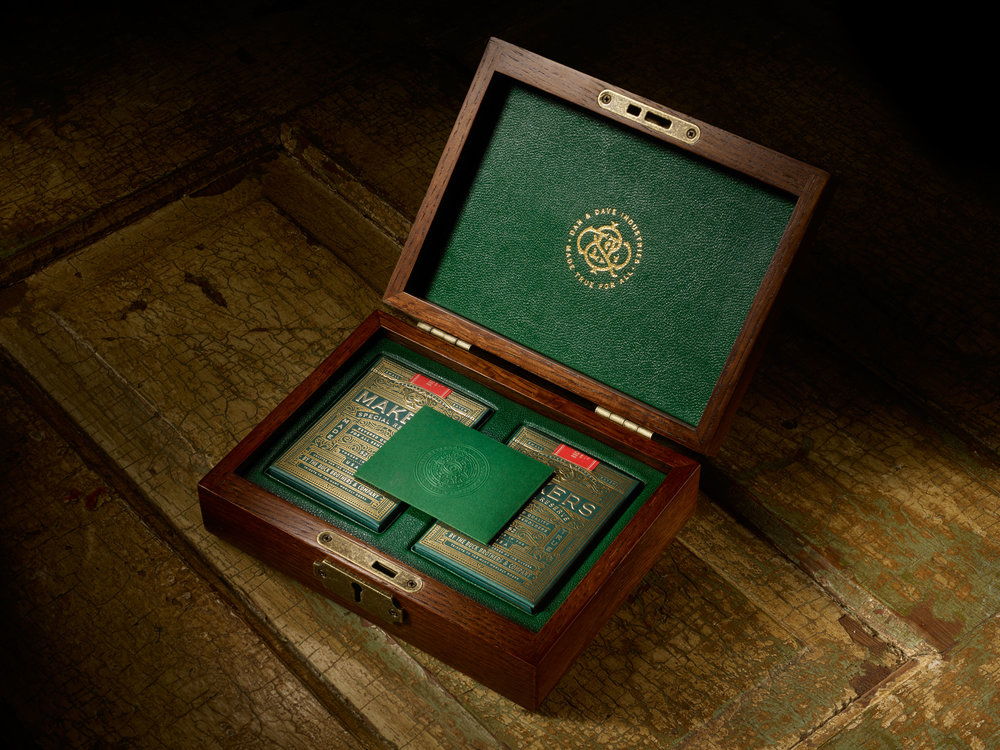 Theresa: How does one achieve ultimate craftsmanship and pore over every fine detail without losing perspective of the big picture? It seems like it would be a maddening process.

Dave Buck: First, it's important to have that big picture in mind from the beginning. We knew what Chad Michael would deliver would be nothing short of epic, so we were patient—this project was two years of love. We also had the best people working on this project. With our own experience in sleight of hand and cardistry and dedication to producing the finest quality playing cards in the world, Chad's brilliant design and aesthetic, and Daniel Heffernan's (from Clove St. Press) masterful printing and attention to detail, we all saw the potential in this project and treated it with passion. 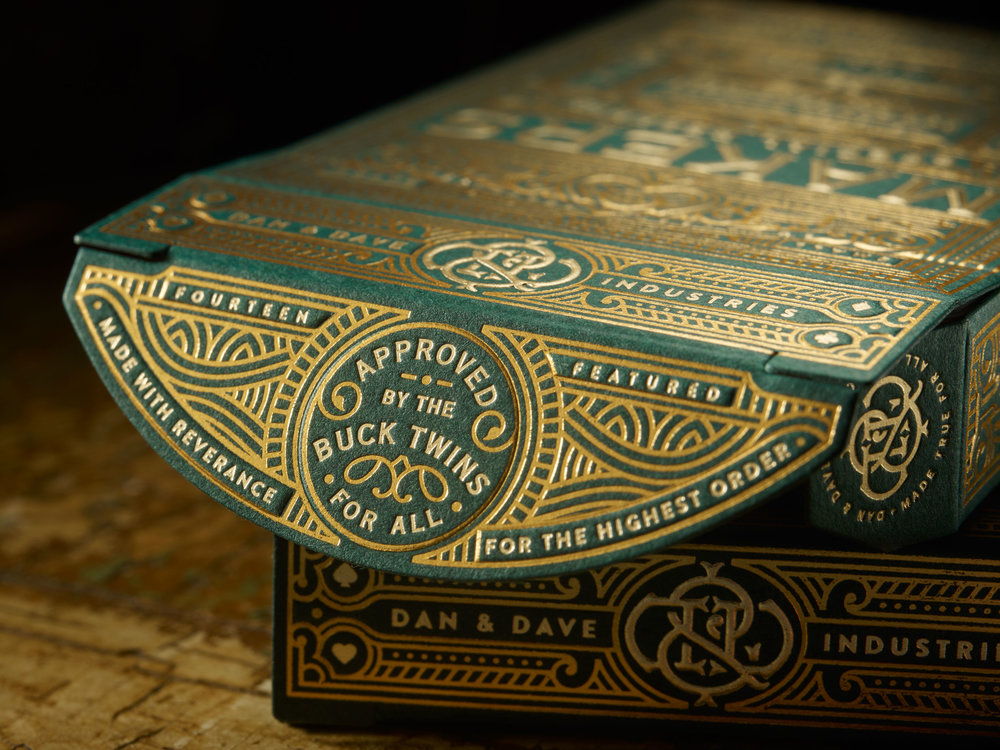 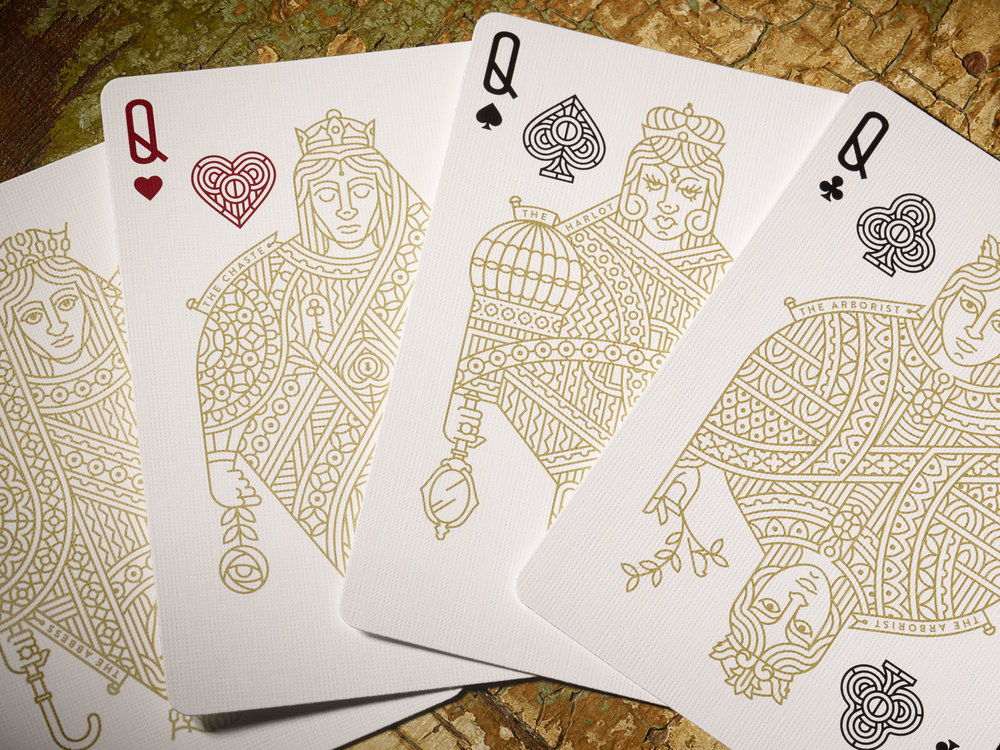 Theresa: Since it took you years to complete, at what point were you able to look at your work and say, “This is it; it’s complete”?

Chad Michael: The project took about two years due to the shear breadth of it. From the beginning we set out wanting to create a design that reached deeper conceptually than other decks before it. We wanted for it to be more than just a beautiful box—we wanted it to tell a story that people could be invested in. A story that could be continued infinitely. Once the 14 different "makers" illustrations were completed I would say we all felt a "this is it" feeling. 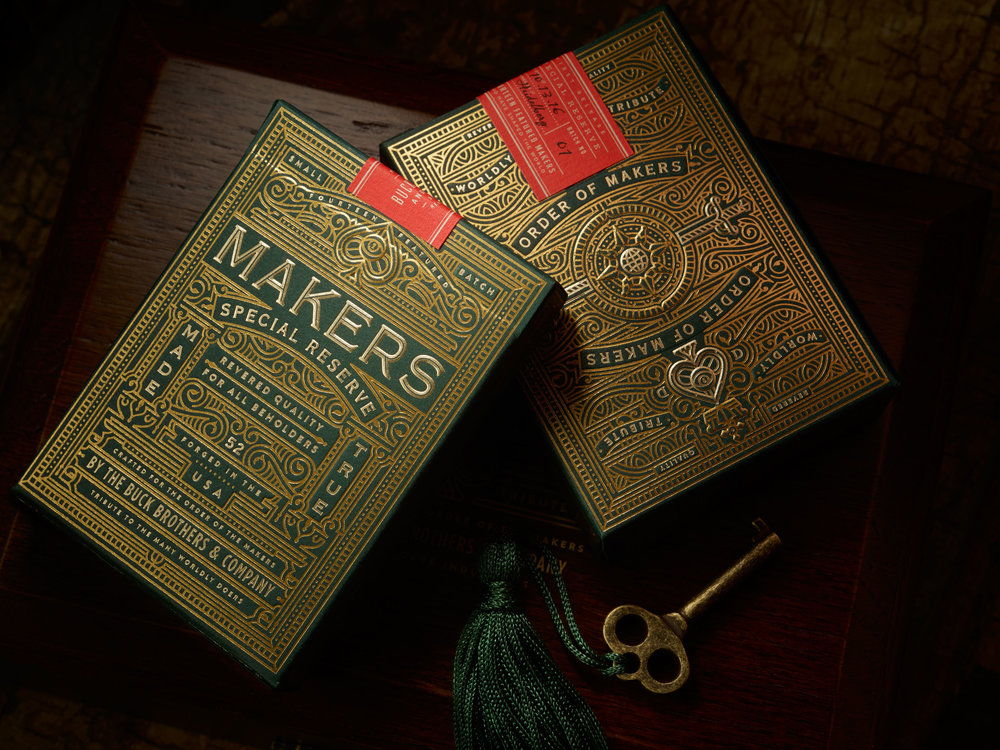 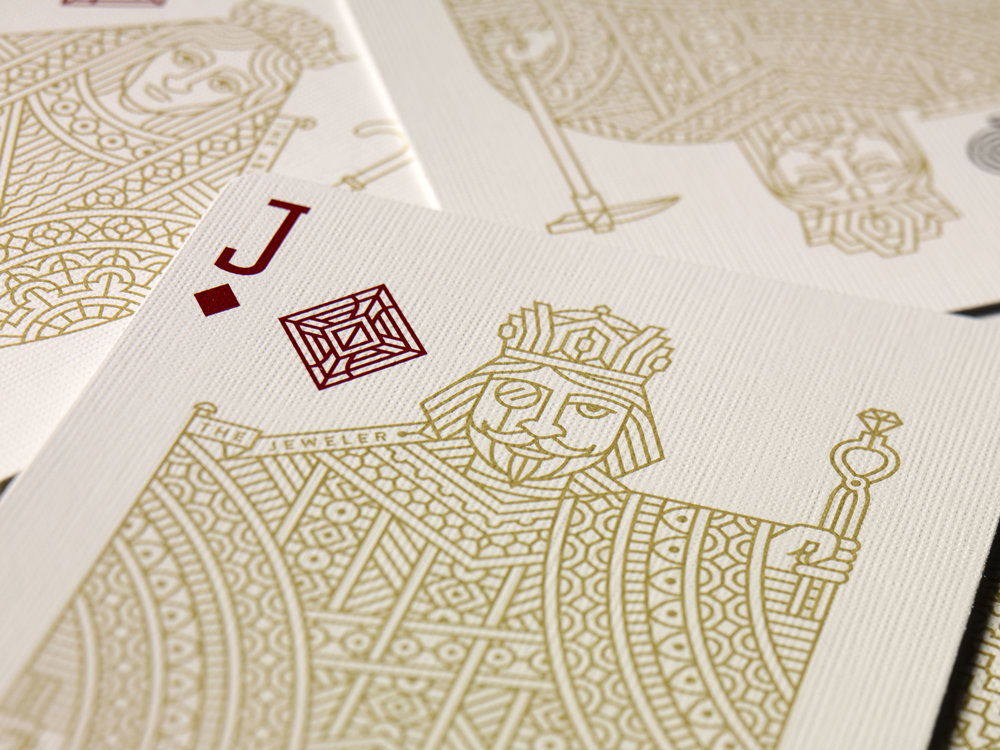 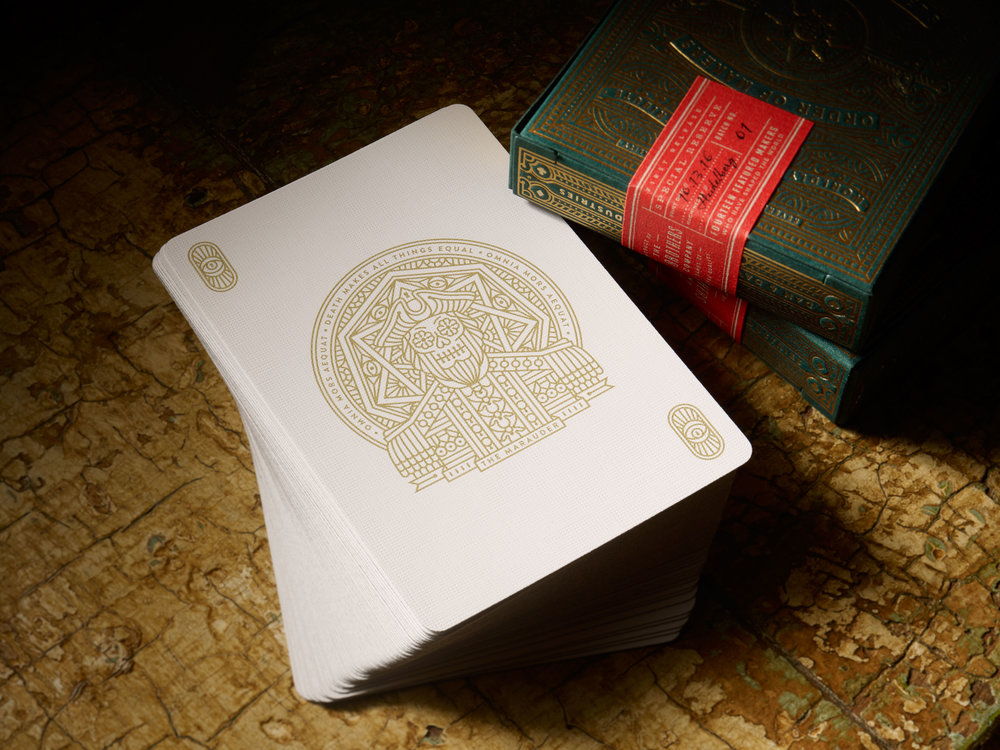 Theresa: Can you walk us through the stages and timeline of what it’s like to craft one of these box sets?

Dave: We had a loose timeline from the beginning. We never wanted to rush the project and instead allowed it to evolve over time. It felt more alive this way, and the project is more mature because of that, I believe.

Theresa: Which single detail or part of the set do you feel really ties everything together, and why?

Chad: This was a very unique and challenging project due in particular to the style of it. The box design and court cards were designed entirely out of one single line weight. In a mono-line style like this spacing and balance is key—the smallest detail makes the largest difference.

Dave: The key. To me, the box had to have a working lock and key. It embodies the story we're telling with these cards, the history makers, and our heritage as magicians and the secrets we hold sacred. 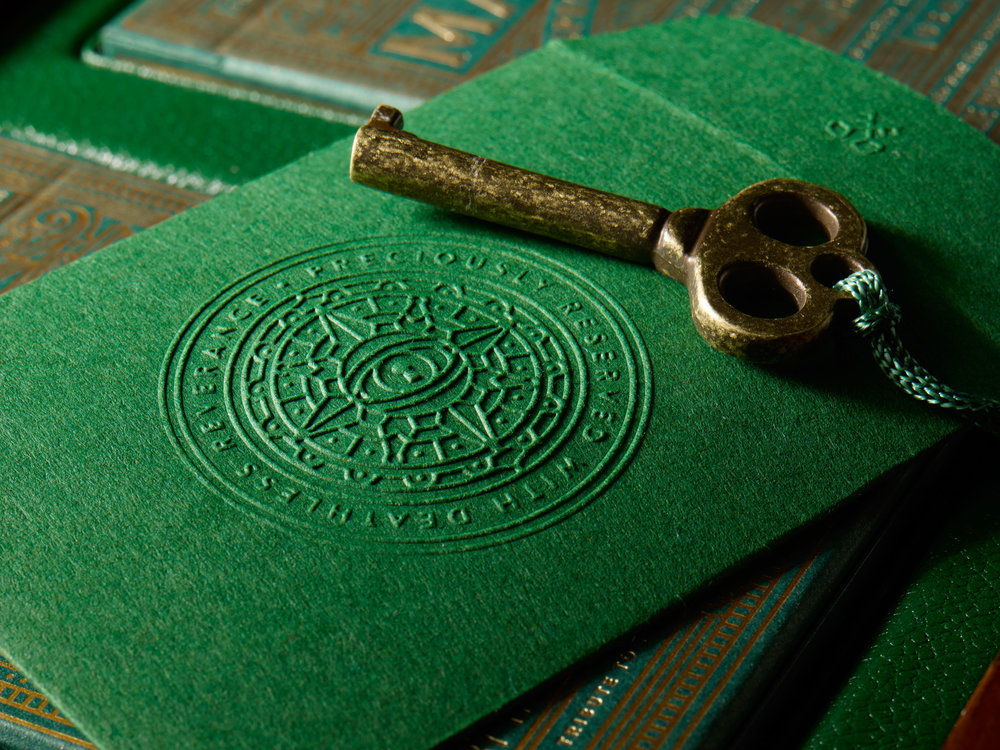 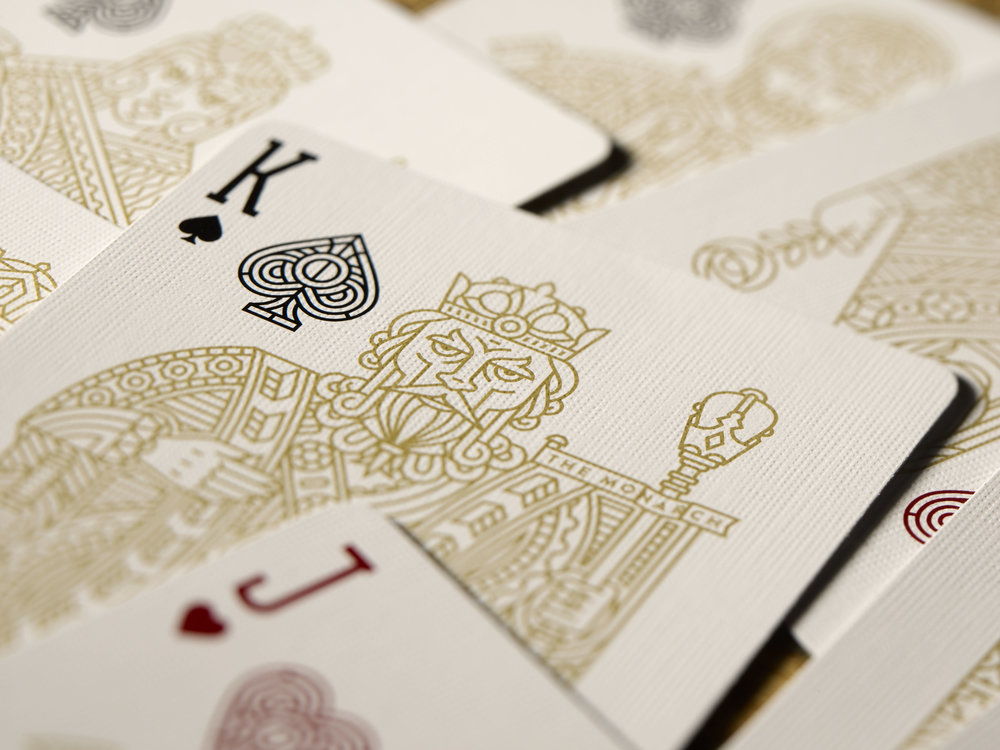 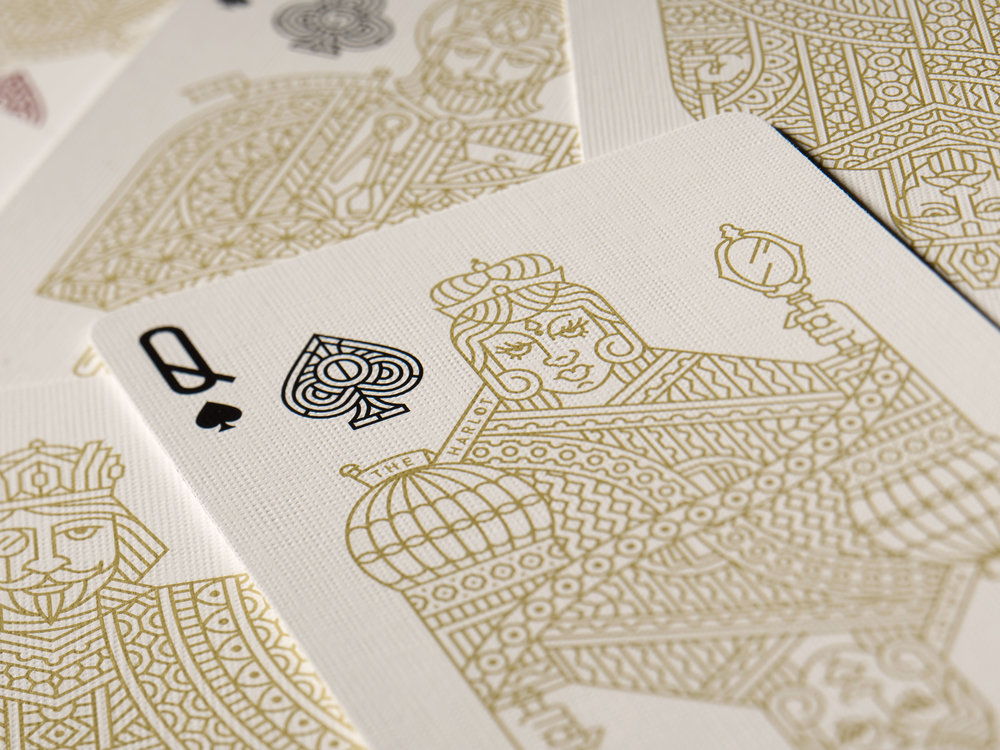 Theresa: What was your biggest goal when you set out to create MAKERS and how did you achieve it?

Dave: We wanted to produce the most luxurious set of playing cards in the world—a deck that establishes a new standard in quality and design. These cards also tell a beautiful story, a tribute to all the Makers in the world. I love them, and I am extremely grateful for the dedication to greatness demonstrated by Chad Michael, Daniel Heffernan at Clove St. Press, and the amazing team I get to work with in our company. We achieved far beyond my expectations. 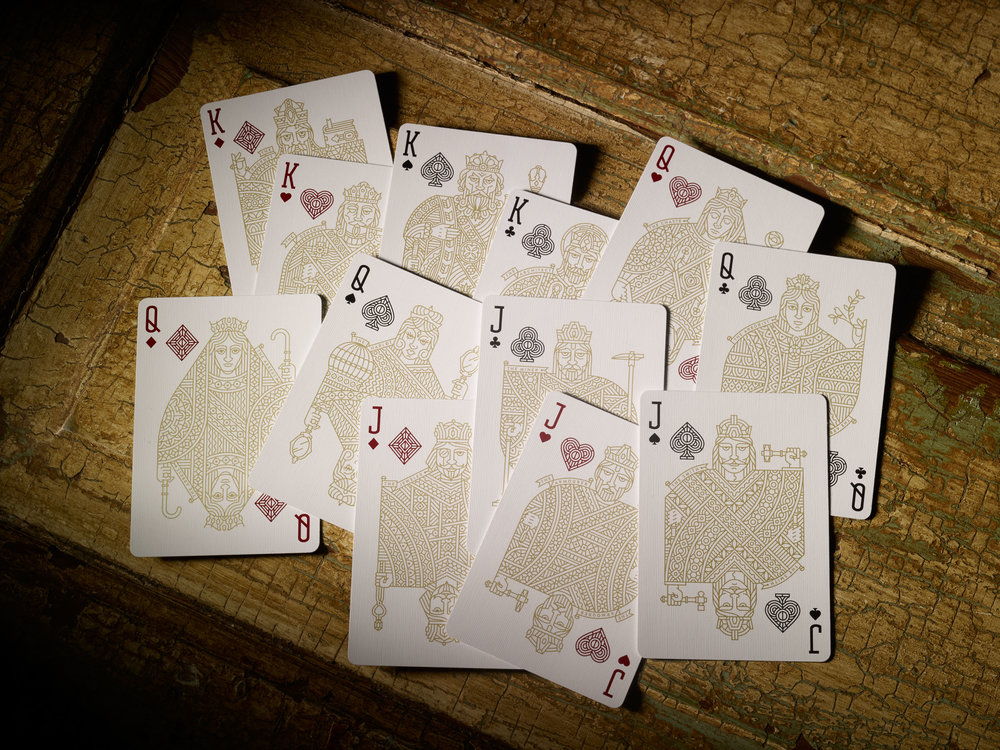