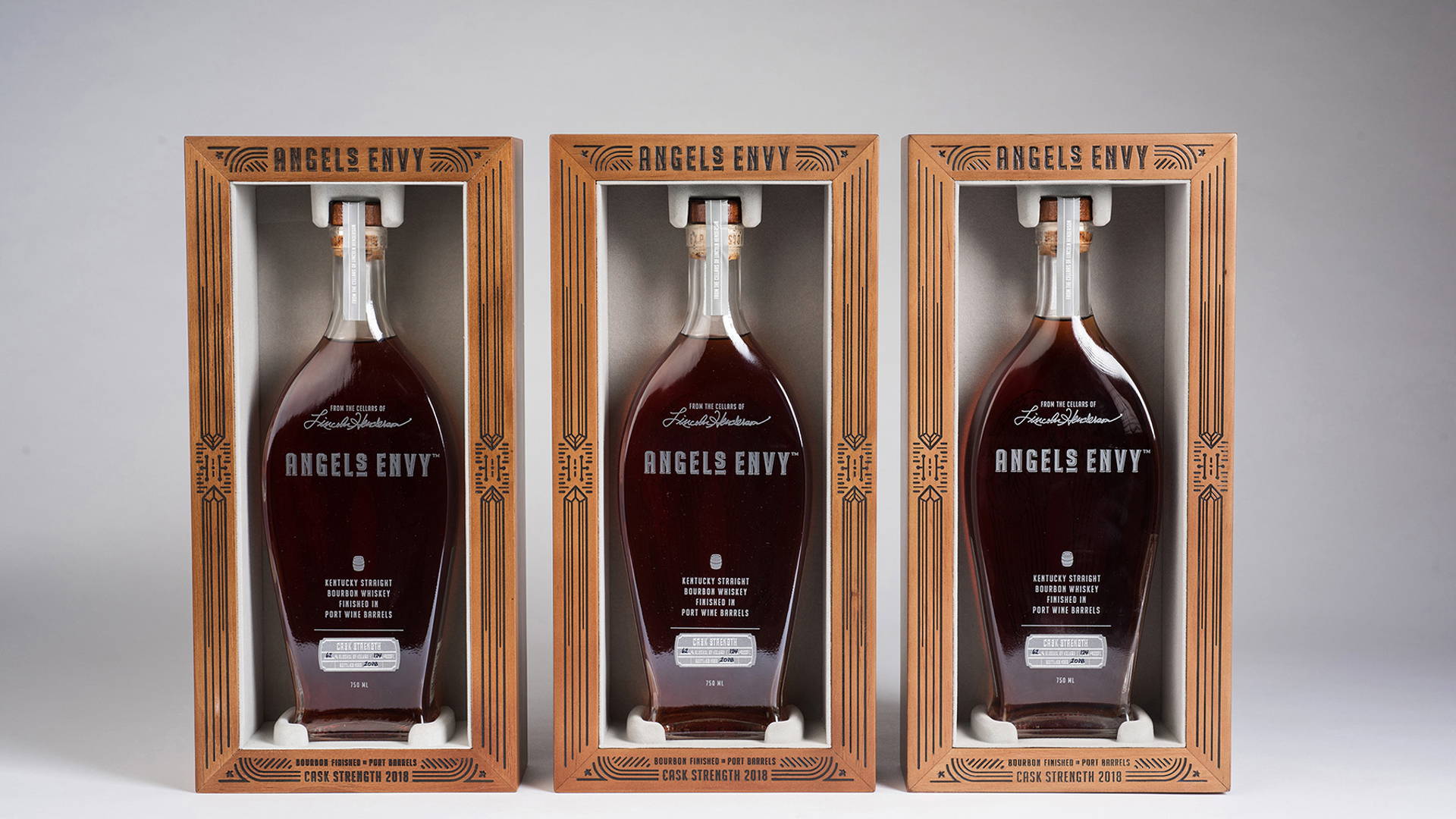 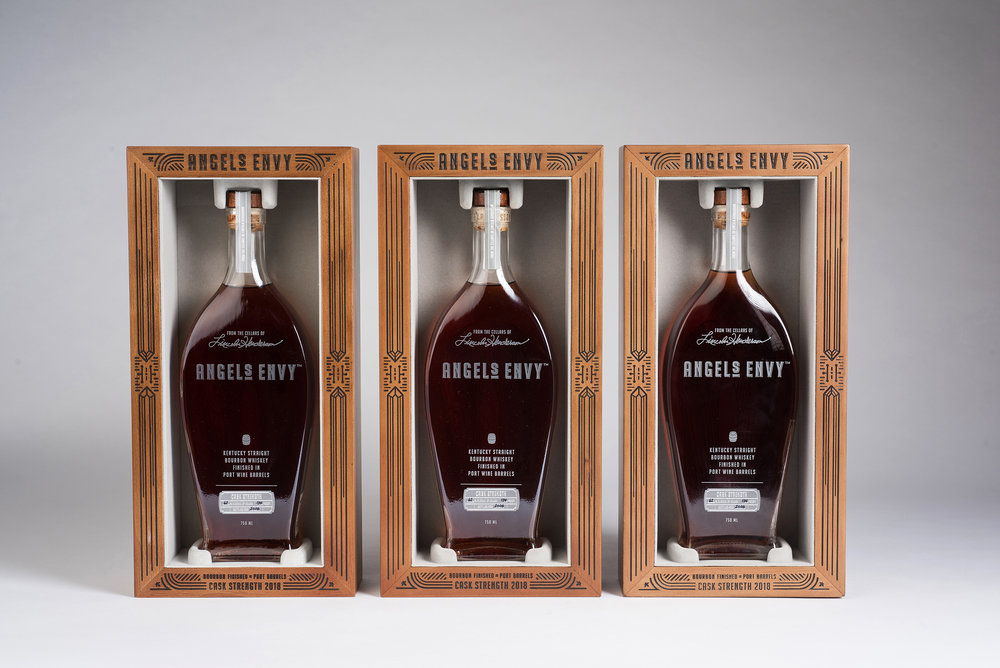 Angel's Envy Cask Strength Bourbon is released one time a year, and this year the marketing department decided to do something different. Instead of having a hinged door, the stunning, engraved lid of the box slides off to reveal the Kentucky Whiskey in all its glory. 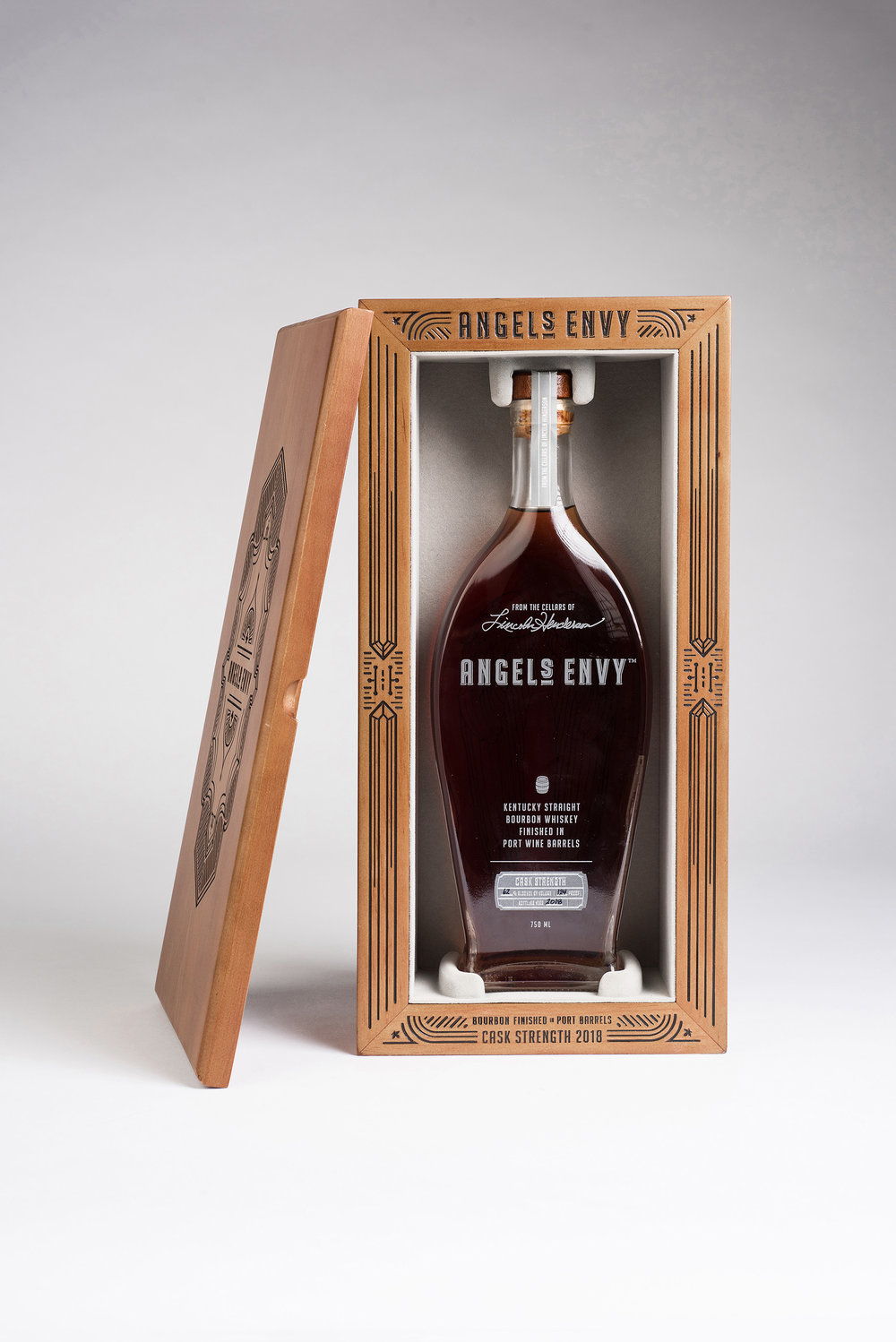 "In 2011, Angel’s Envy released our first Kentucky Straight Bourbon Finished in Port Wine Barrels. The next year, we introduced an extremely limited Cask Strength version pulled from a handful of our best barrels. Spirit Journal named it the best spirit in the world. Each year’s release since has been distinctly unique, and stands as the finest whiskey we create." 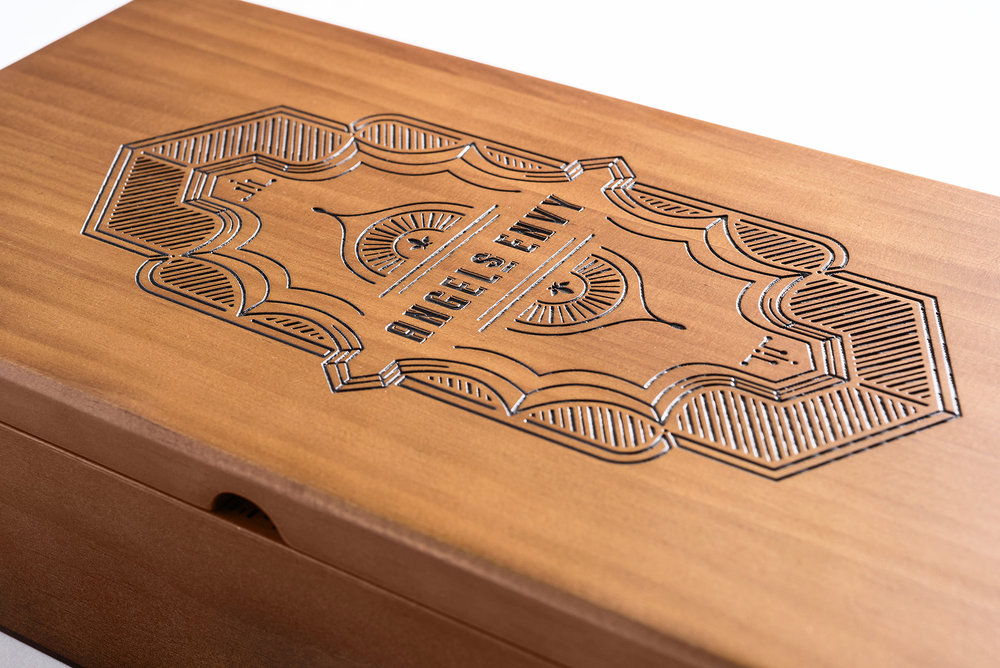 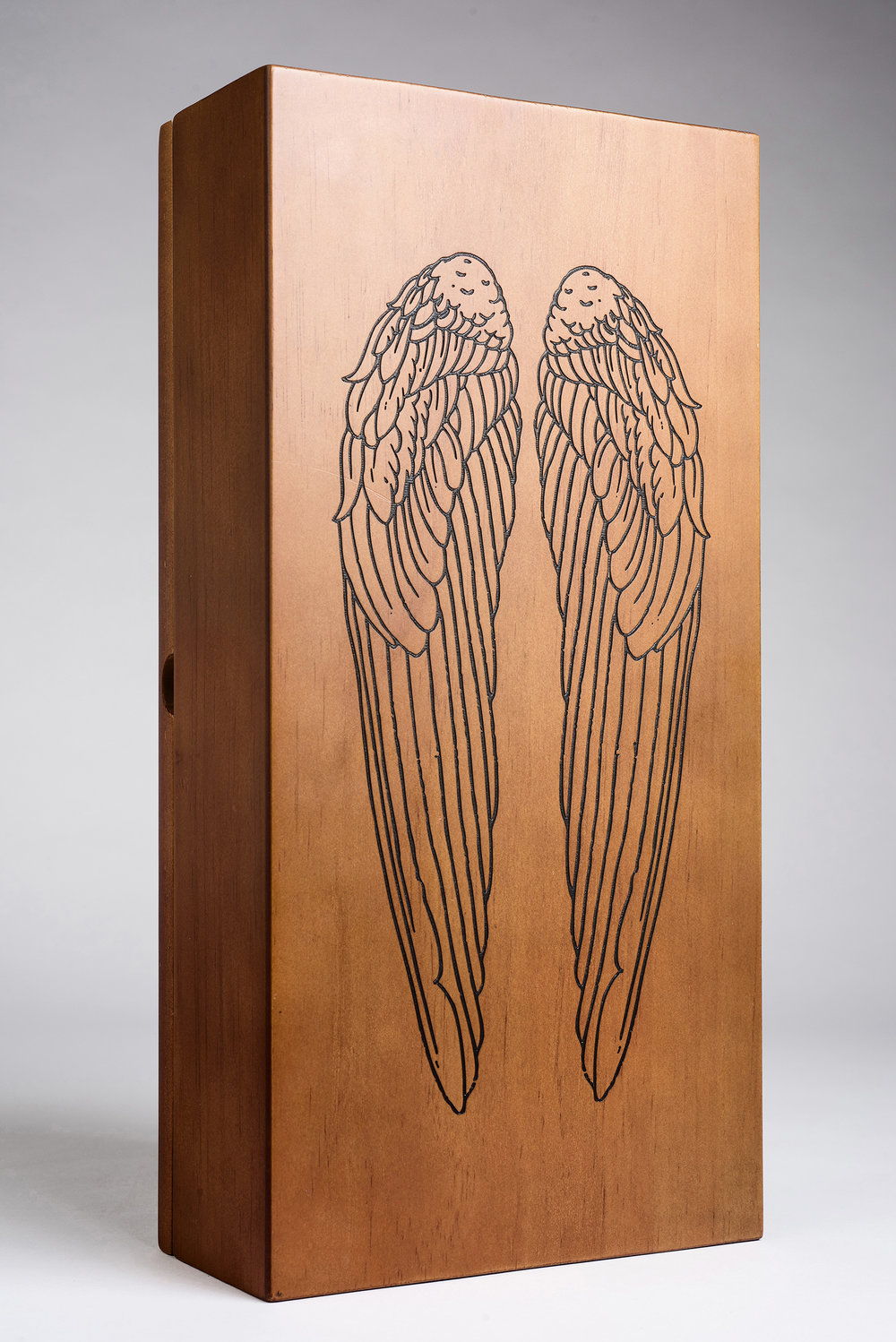 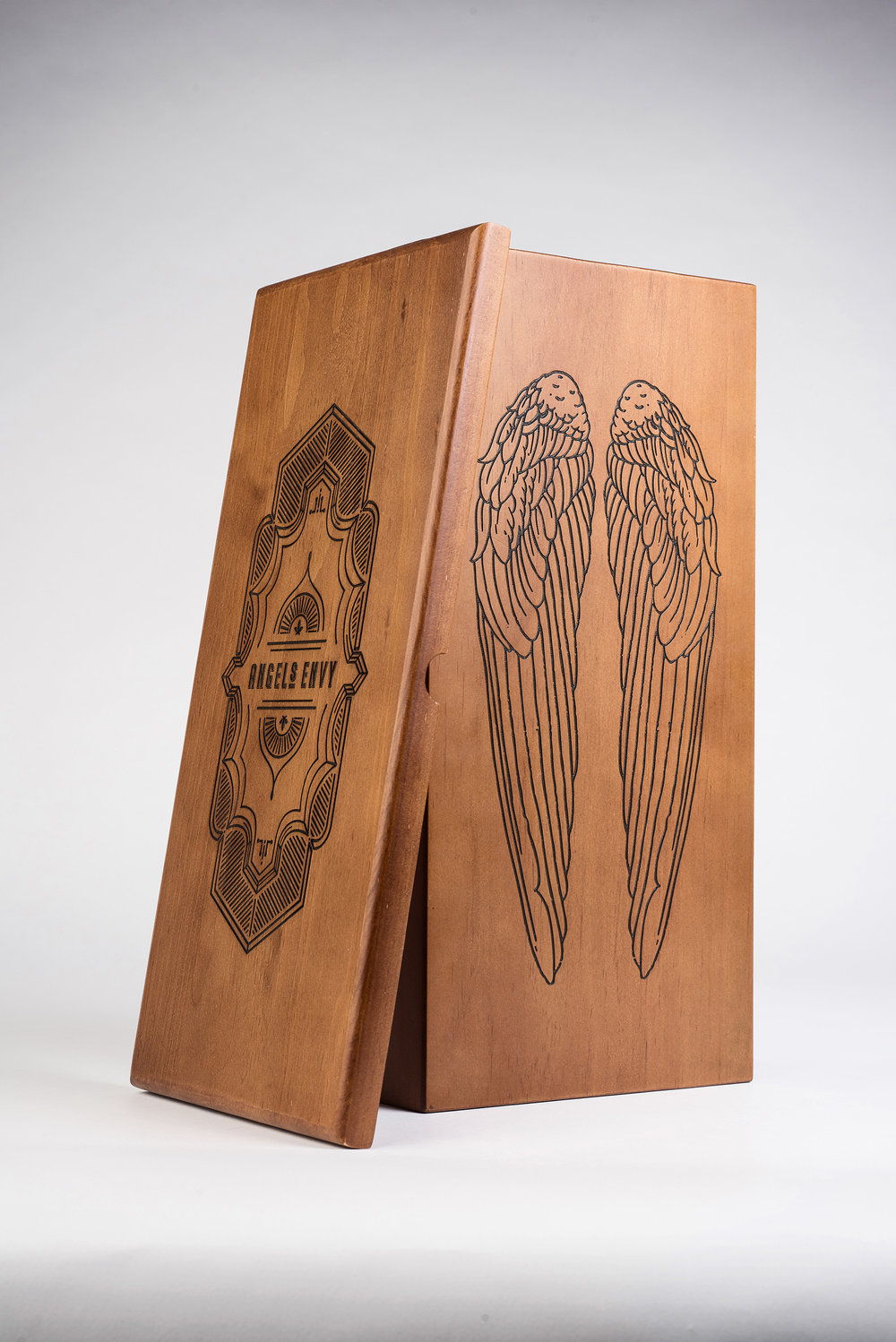 Creative Director Sarah Conley explains the package, “We release our Cask Strength just once per year; it’s our most exclusive spirit. Naturally, the packaging must reflect that. From the look and feel to the general heft of the box, every detail has to communicate super-premium. This year’s package was redesigned around the insight that customers wanted to display the bottle within the box, and that previous years boxes were being displayed with the hinged door open, taking up twice the space on the shelf. The magnetic lid can be entirely removed and placed behind the box, or hung on the wall.” 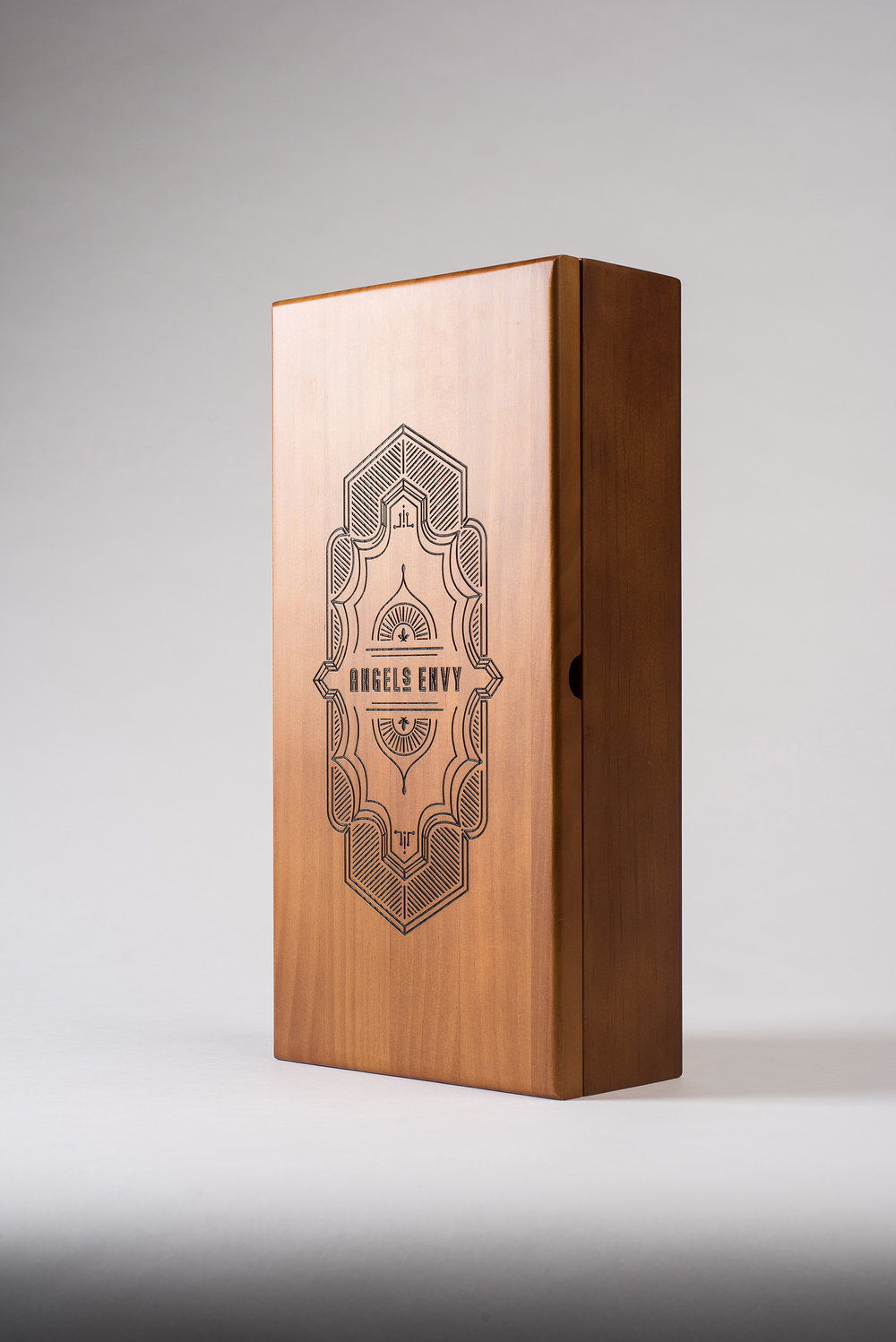 "Created by Bourbon Hall of Fame Master Distiller Lincoln Henderson, Angel’s Envy is inspired by his lifetime spent crafting the world’s finest spirits. Given the Highest Recommendation by Spirit Journal, celebrated by Whisky Advocate, The Bourbon Review, and awarded Wine Enthusiast’s highest bourbon rating, Angel’s Envy is unlike any other whiskey you’ve ever tasted." 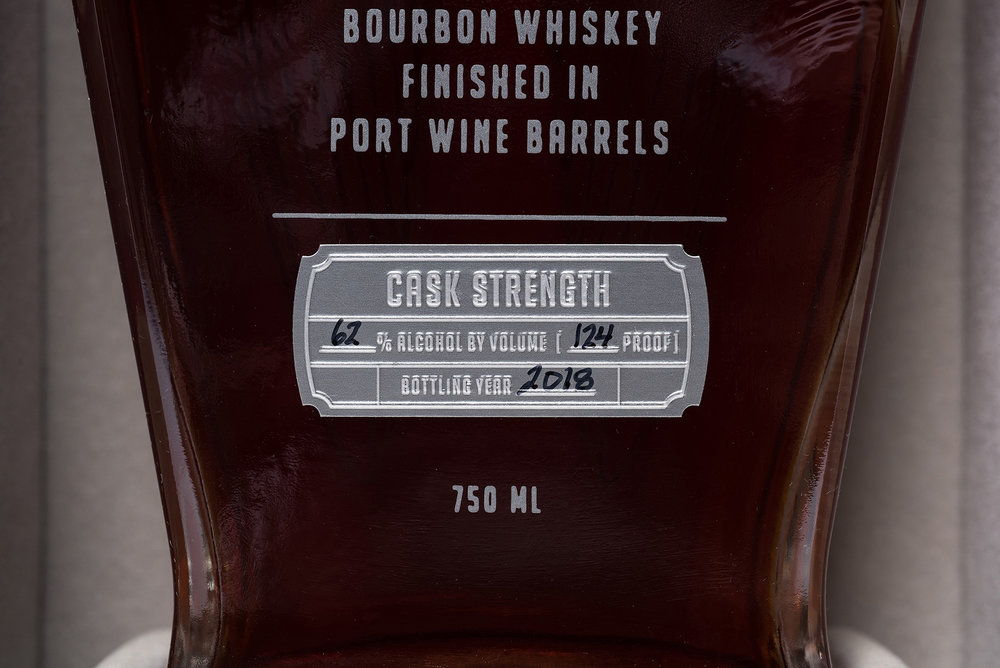 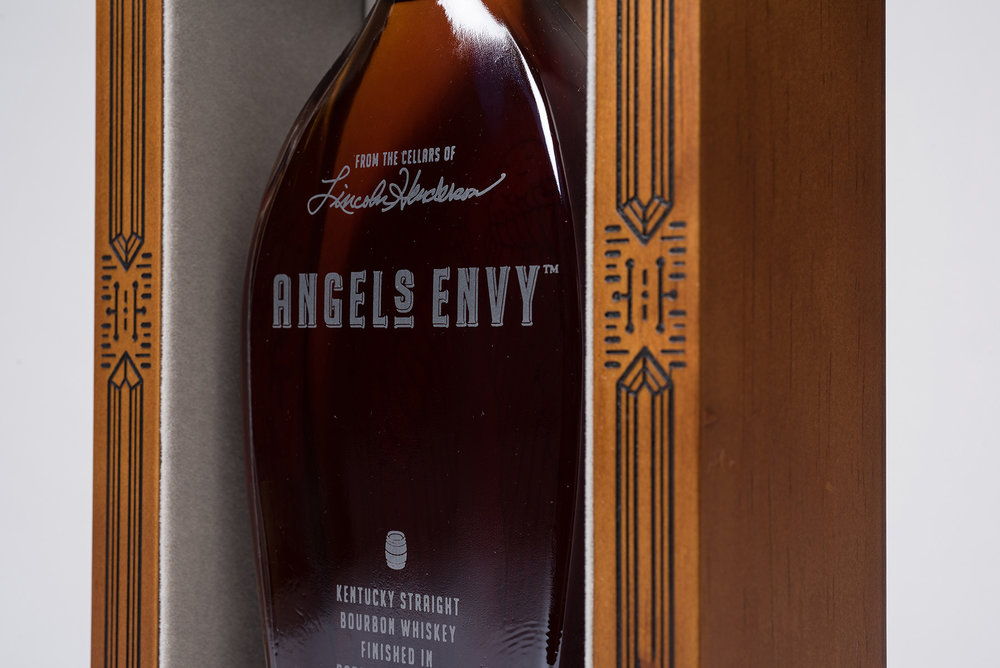 Job of the Week: Love.