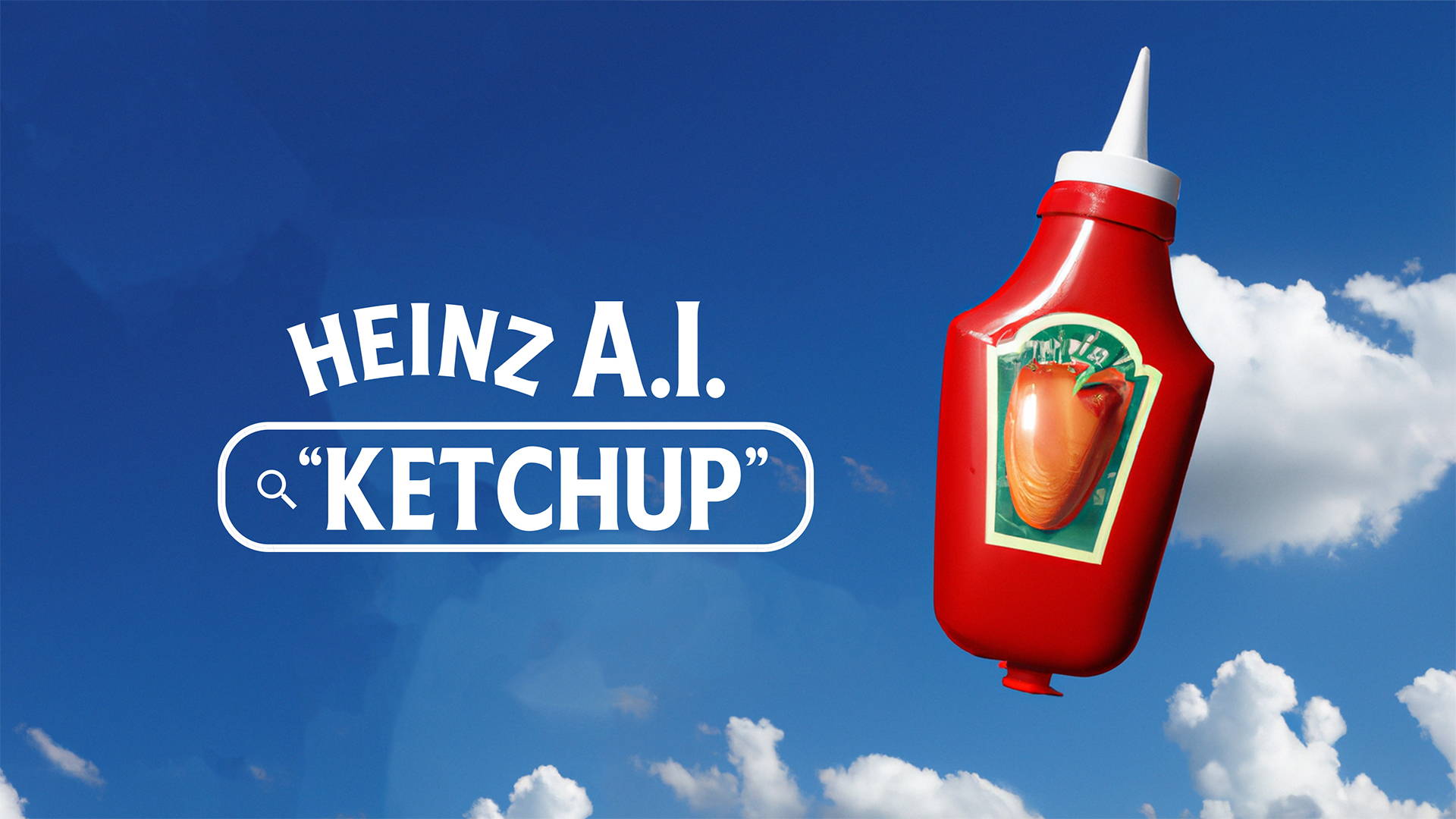 But the latest to take the robot visual composer for a spin isn’t a media company or digital artist.

Heinz used its unfettered access to DALL-E to extend its Draw Ketchup campaign. Previously, the brand asked random humans in 18 countries to draw the word ketchup, but this time the brand is asking a robot to do so. The results aren’t just surreal; DALL-E’s interpretation of ketchup demonstrates what OpenAI’s platform understands is ketchup and, by extension, how we perceive ketchup.

DALL-E’s AI is derived from learning a large set of image-text pairs. From this, DALL-E builds a neural network capable of generating new images based on understanding the relationship between the words in the natural language prompts. Like all AI, DALL-E exhibits biases based on its fed datasets. That DALL-E strongly associates Heinz’s visual identity with ketchup reflects the brand’s popularity and prominent placement in pop culture and consumer rituals.

“With AI imagery dominating news and social feeds, we saw a natural opportunity to extend our 'Draw Ketchup' campaign; rooted in the insight that Heinz is synonymous with the word ketchup—to test this theory in the AI space,” said Jacqueline Chao, senior brand manager for Heinz brand communications, in a press release. “From the distinct keystone label to our iconically slow-pouring ketchup bottle, we know Heinz is unmistakable to people around the world, and we're thrilled to see even the most unbiased source recognizes that when it comes to ketchup, it has to be Heinz.”

Heinz is inviting fans to send their best DALL-E prompts with the brand promising to use and share the output of selected suggestions.