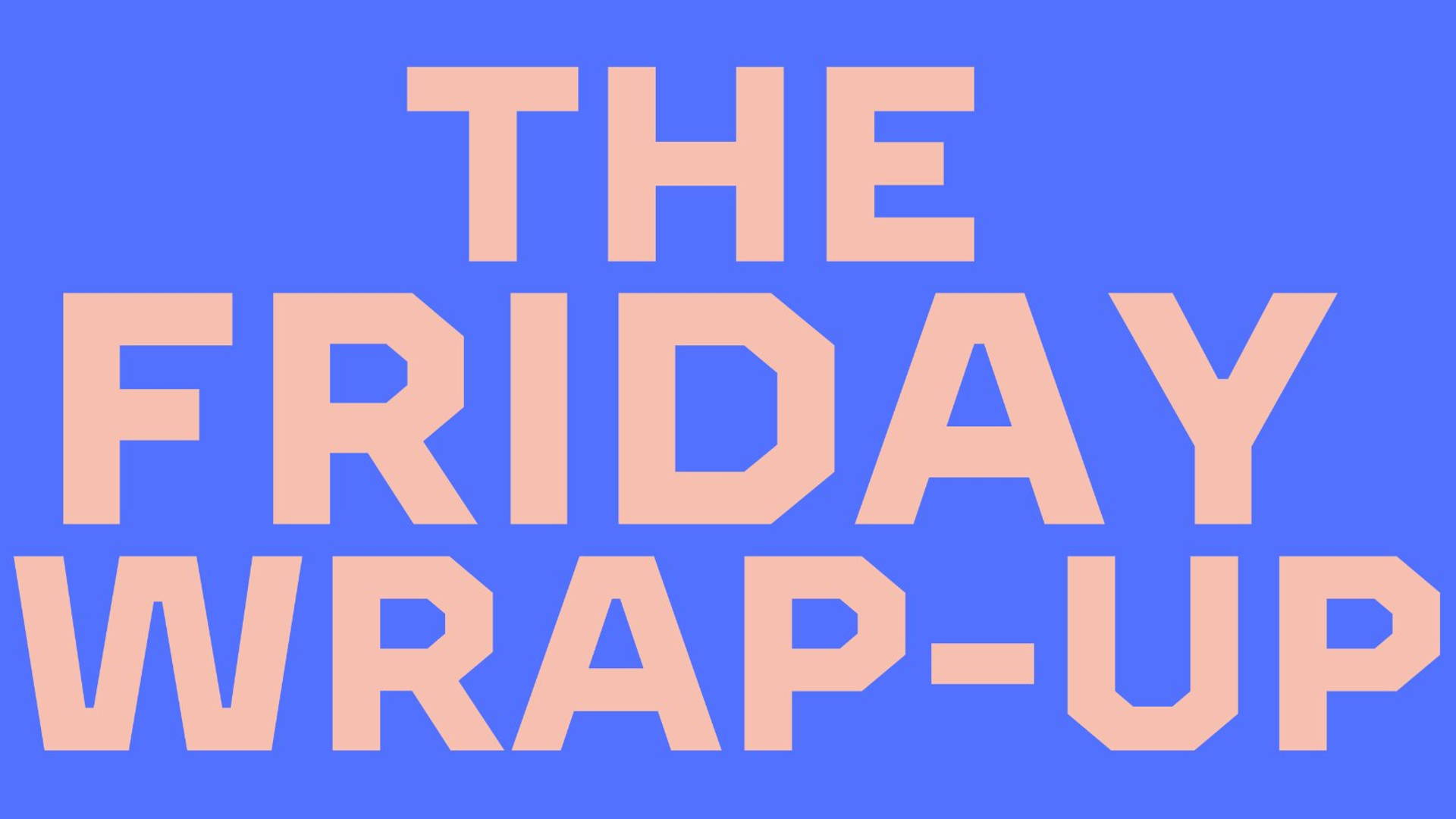 The Friday Wrap-Up is a newish column from Dieline where we talk about some of our favorite stories of the past week from the world of packaging and branding, whether it’s from Dieline or elsewhere. Expect a few shout-outs, fun, weirdness, and maybe even a little music.

Welp, it's still hot, everyone, and it doesn't seem like there's any end in sight. Here's hoping for a national climate emergency! Around the Zoom office, we sipped Velveeta martinis and talked about our upcoming conference in November, so get stoked (for the conference, not the "Veltini").

Also, if you just got paid, here’s a list of abortion funds in every state you can donate to this very second.

Anywho, on to Friday's high fives!

“Spaceship” Was an Inside Job

“It’s not hard to sell out when you aren’t selling much to begin with,” said David Swartz, an analyst for Morningstar.

Oof. Sick burn, Swartz. That’s from a Bloomberg piece by Allison Nicole Smith heralding the arrival of Kanye West’s (now Ye) Yeezy collection hitting The Gap in Times Square. The now-possibly ill-fated partnership struck back in 2022 has done little more than generate buzz and a few jackets and hoodies, but now you’ll find this kinda Yeezy/mostly Balenciaga collab on shelves.

Personally, I think all is going to plan! This is payback for when pre-fame Kanye worked at The Gap. Let’s get that revengeance bread, Ye!

I Love You, Honeybear

Where all my Teddy Roosevelt tall-tale fans at? Check out this piece from our very own Rudy Sanchez on why honey gets packaged in bear-shaped bottles.

Chances are, if you’re very online person, you’ve already seen the AI-generated DALL-E images come and go from your Twitter feed like forgotten Wordle scores tumbling into the abyss.

However, Katie Hicks of Marketing Brew penned an intriguing piece about whether graphic designers should be worried about DALL-E 2 putting them out of work. I’m not sure there’s a world where design doesn’t have some human element to it, but for the person who has to make 5,000 banner ads before EOW, have you considered plumbing? I’m not sure there’s a robot for that yet.

That said, could OpenAI’s tool be used for disinformation? All signs point to yes.

Good on Danielle Pender for her It’s Nice That piece on client red flags. While I’m sure a great deal of you are still processing the trauma of a client relationship turned toxic, it’s nice to have a healthy reminder of what you should look out for when soliciting yourself for work. Speaking from personal experience, I can only tell you that I have worked in multiple offices where we were all just “one big family,” and I can tell you that I could not raise my own family on the “competitive wages” they offered.

And if anyone from my pre-freelance and Dieline past is reading this, run!

My Life With the Thrill Kill Colorful Occult

If you’re anything like me, you want to read a piece about the occult’s obsession with color at the turn of the 20th century. So check out this piece from Ellie Howard over at Eye on Design:

“But the idea that color exerted influence was not “new,” although we could say there is something New Age about it. The color revolution emergence is chalked down to the color industry’s expansion after 1918, printing technology advances, and the practical application of color systems devised by chemists Wilhelm Ostwald and Michel Eugene Chevreul. But color’s popularity in the consumerist marketplace has arcane roots. As design researcher Jianne Whelton asked: “What privileged color that it should combine with the term psychology?” Color has infiltrated every aspect of our lives since the late 20th century, and one influence is the otherworldly musings of a Victorian mystic group. “Its transcendence as a spiritual marker by both Theosophy and spiritualism further enhanced its special status, ” she wrote.”

Yes, everyone should go see Jordan Peele’s Nope this weekend, but horror heads also got their first taste of David Gordon Green’s trilogy finale Halloween Ends this past week, and I am righteously stoked. Also, there’s no way this “ends,” and Jamie Lee Curtis will be playing Laurie Strode via hologram in death.

Got a news tip for us? Questions? How about some high praise or mean-spirited criticism? Or maybe an odd fact or statistic? I want to hear from you! You can reach me at bill@dielinemedia.com

Capturing The Charm Of Bath Bombs