Intertype Studio didn't skimp on the intricacies when designing the packaging for TRUE SOLIDARITY, a limited-edition playing card game. As a result, the boxes feel wonderfully classic with gilded linework that's quite complex.

TRUE SOLIDARITY - A LIMITED EDITION PLAYING CARD RELEASE We were commissioned to create a limited edition deck of cards for Riffle Shuffle playing card co. The deck was almost a year in the making! We set out to create a tribute to people who have achieved extraordinary things in exceptionally difficult circumstances over the last few years. They stand as a mark of respect to a whole cross section of society. The scientists who found a vaccine.

The soldiers who volunteered to run testing centres. Fire fighter who fought the worst forest fires for generations. Protestors who fought for their rights to be recognised. We have lived through a real trial. A trial which has been overcome by a host of amazing & determined people, regardless of their background or preferences. We’re selling the first 10 decks of the blue edition to raise money to help Ukrainians affected by the war there, with 100% of the sale price being donated to the Red Cross, who are providing aid during this ongoing humanitarian crisis. 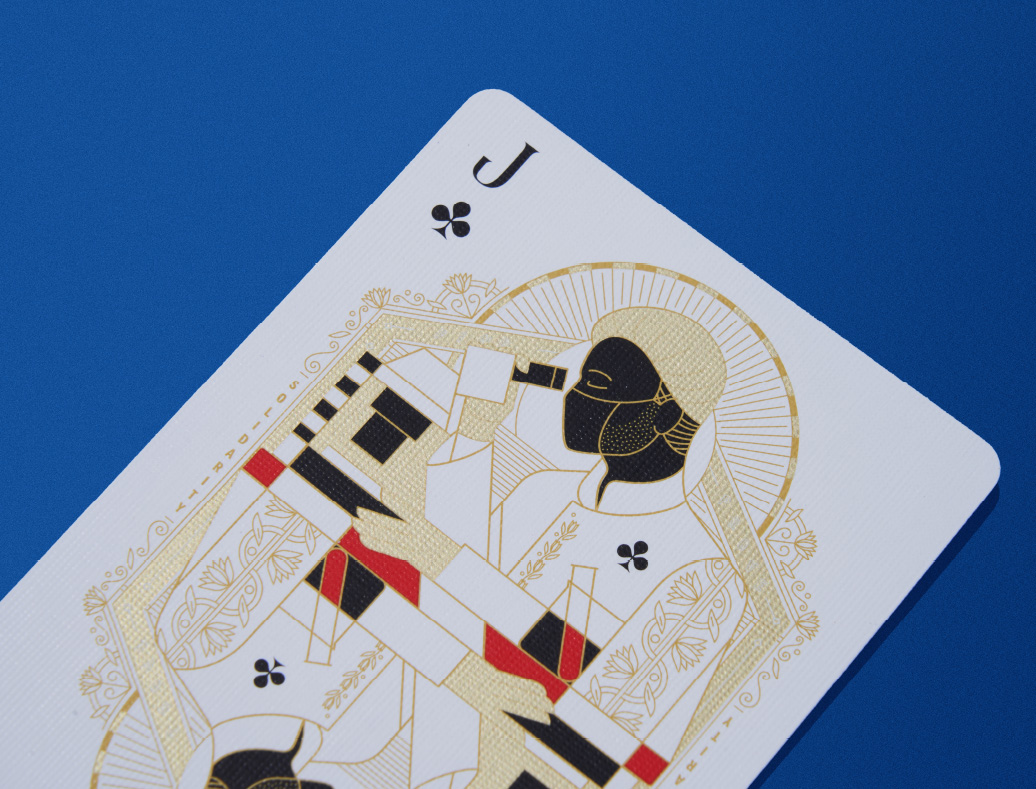 We broke the mould in playing card design by taking some traditionally male card characters and making them female and featuring a wide variety of ethnicities. We hope that people will gift the cards to those whom they feel are the true heroes of our society. Every single element of the deck design is bespoke. The ‘pip’ symbols (hearts, spades, diamonds and clubs) are uniquely drawn, with words linked to the meaning of each ‘suit’ written down the side of each card. Every tuck case is individually numbered on a metallic label that seals the lid. We wanted the design to feel like it took a thousand hours of dedication to make. Unfortunately, to achieve this effect it took well in excess of that amount of time!

The project was crowdfunded on Kickstarter and reached 620% of the funding target! No expense was spared in production, with the cards themselves being printed by the USPCC (United States Playing Card company), who are widely regarded as the best playing cards makers in the world.

How About Some Vodka with Your Mac & Cheese? Velveeta Introduces the Veltini