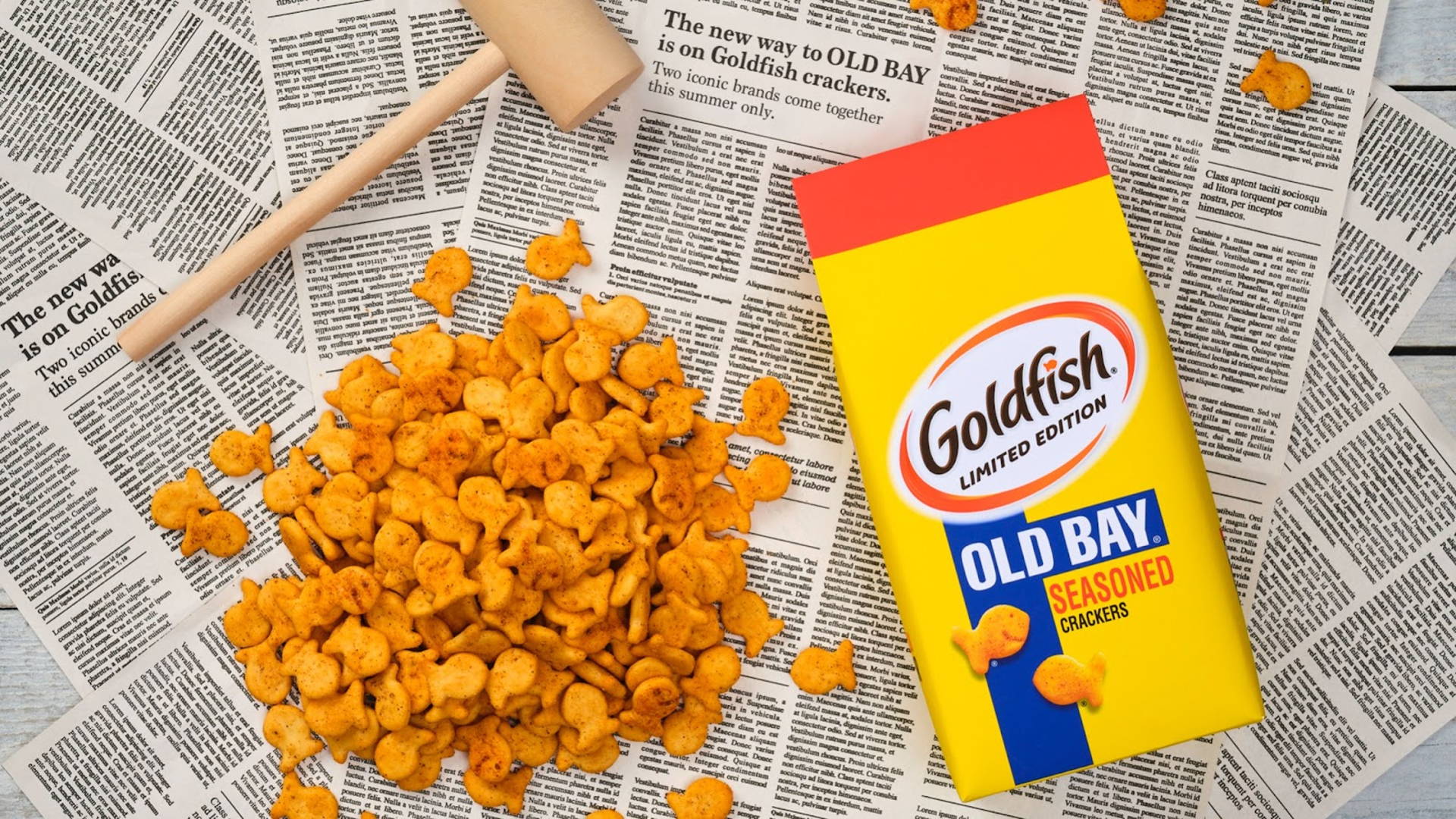 Goldfish and Old Bay Team Up For Tasty Collab

Old Bay’s versatility and unique flavor, thanks to its blend of 18 herbs and spices, make it the go-to seasoning for fans everywhere, especially in the Mid-Atlantic region. Most associated with seafood, Old Bay can also be on snacks like popcorn and potato chips.

When the makers of  Goldfish, those cheesy, crispy piscine-shaped snacks, discovered fans were sprinkling some of that Bay on its crackers, a revelation that inspired a new Goldfish flavor featuring the Maryland classic.

The packaging clearly finds inspiration in Old Bay’s signature yellow, blue, and orange tins. The front of the bag includes a large Goldfish logo and a pair of crackers. Additionally, the cobranding is balanced while communicating the Old Bay flavor by leveraging the seasoning’s strong branding.

“Old Bay seasoning is delicious on everything from seafood to French fries and everything else! We know our passionate fans often sprinkle OLD BAY on their favorite recipes and snacks, including Goldfish crackers,” said Jill Pratt, chief marketing officer for McCormick (parent company of Old Bay), via press release. “With each handful, Old Bay Seasoned Goldfish provides our most loyal fans with another fun, bold way to experience our popular spice blend.”

Busch Light and John Deere Team Up To Support Farmers