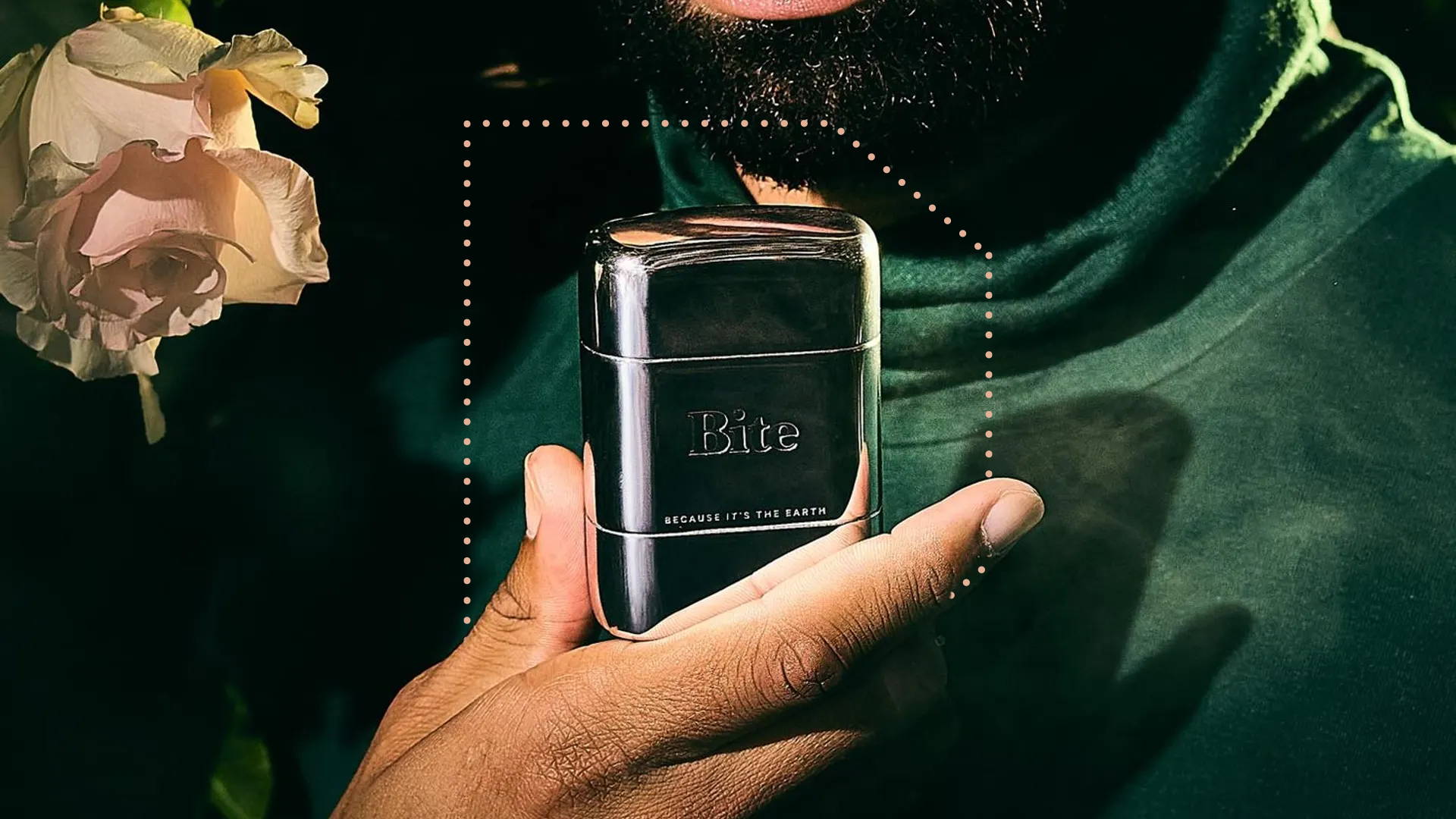 We all get smelly at some point. As we go about our day, we start generating body odor, and most of us (thankfully) turn to deodorant to tame the funk.

Sadly, our desire to smell fresh comes with an environmental cost, as the overwhelming majority of deodorant available comes packaged in plastic.

Plastic-free deodorants are available, but most use cardboard tubes, which can lose strength in the humid environment inherent in bathrooms. They can also weaken and become more difficult to use over time. The need for a better, refillable, and sustainable dispenser that's both stylish and well-engineered became obvious to brand Bite, makers of plastic-free, personal care products. The brand started with oral care products like toothpaste bits, toothbrushes, floss, and whitening gel. But they began to look for other personal care categories to introduce quality products with a similar zero-waste focus.

Bite landed on deodorant, embarking on a two-year journey designing a refillable deodorant system with sophisticated scents and equally chic packaging. Bite’s aluminum enclosure is as beautiful as it is sustainable and functional—plus, it's this year’s winner of the Dieline Plastic-Free Award and the overall winner of Best in Show.

"You may say there's nothing sexy about deodorant or that only niche products can benefit from good design," said Sian Sutherland, A Plastic Planet co-founder and judge for the Dieline Plastic-Free Award. "This innovation from Bite takes yet another everyday product and proves otherwise. It is the ultimate in design excellence, changing behavior with zero guilt and elevating the entire experience of personal care."

"Imagine," she added, "if your entire bathroom cabinet came filled with permanent packaging of such beauty?"

“There's a tremendous amount of plastic created with deodorant. Deodorant is a commonly used product,” said Asher Hunt, co-founder of Bite. “Typically, when you get deodorant, it's like these tall, semi-cylindrical shapes. Half of the tubes are air and little plastic mechanisms. That partially inspired us.”

“We've also seen many plastic-free products coming to the market after Bite launched,” Hunt continued. “We saw that nobody quite got deodorant right."

Bite's co-founder Lindsay McCormick had a plastic-free cardboard tube from another company, but she found that the cylinder would collapse after she used it. Plus, it was difficult to get out of the opening, and she'd have to pull the stick out awkwardly from a too-tall tube, which caused it to break down and get gunky in the process.

"So we thought we could step back, take a crack at it, and evaluate what would need to go into a plastic-free deodorant," Hunt said. "Bite started with a simple approach with no mechanisms. It's all friction fit.”

Bite’s deodorant holder gets made out of aluminum with a shiny finish. Refills ship plastic-free and slip into the deodorant, using only friction to stay in place. The shorter form solves the problem of taller plastic-free deodorant tubes.

“I'm a massive Dieter Rams fan; since I started my design career,” Hunt added. “I looked at design from the 1960s, like Braun. Many old razors have a very similar ergonomic shape to them.” Since the product would live in someone’s home, they wanted to give it a sense of permanence—people will want to keep the deodorant if it has a feeling of timelessness. Hunt looked at everyday carry items from the 60s, including Zippo lighters.

"Zippos became heirlooms that get passed down," she said.

But they weren't planning on making it as polished as it is. "We originally decided on enamel, but then I saw Musk announce the SpaceX Starship in Texas, and it’s so shiny, so that influenced the finish,” Hunt said. “The shiny finish is also something very simple. It doesn't need to be painted, stickered, or colored. It's not plastic. The shiny finish makes the deodorant unique while maintaining simplicity.”

Another way Bite deodorant is distinct are the gender-neutral scents. Available in three varieties, Neroli, Santal, and Rose Vert, Bite consulted with perfumers to formulate fragrances inspired by luxury scents, using sustainable ingredients, sticking true to the Bite mission. “The scents were gender-neutral from the start,” Hunt said. “We aimed to create fragrances that are so good. They're adaptable. We relied a lot on the creative because scents are a hard sell on the internet.”

“For Santal, I was inspired by a movie about Bonnie and Clyde,” Hunt mentioned. “The concept was them camping in the forest. Bonnie is standing and holding the ax while Cylde is sitting, and it felt right and also flipped the gender roles and having fun.”

Staying true to its mission of creating personal care products that are good for the planet and free from harmful chemicals, Bite reinvents deodorant, elevating it through intelligent, classic design. The brand's passion for sustainability, quality, and aesthetics come to fruition by keeping things simple but meticulously thought through, down to supporting elements like creative.

Designing a chic, plastic-free deodorant and selling it online, where the customer can’t smell it is ambitious, especially for a small company like Bite. But they’ve succeeded brilliantly, and its award-winning design proves that Bite could bring the plastic-free lifestyle to the masses.

All photography by Evan Robinson unless otherwise noted.