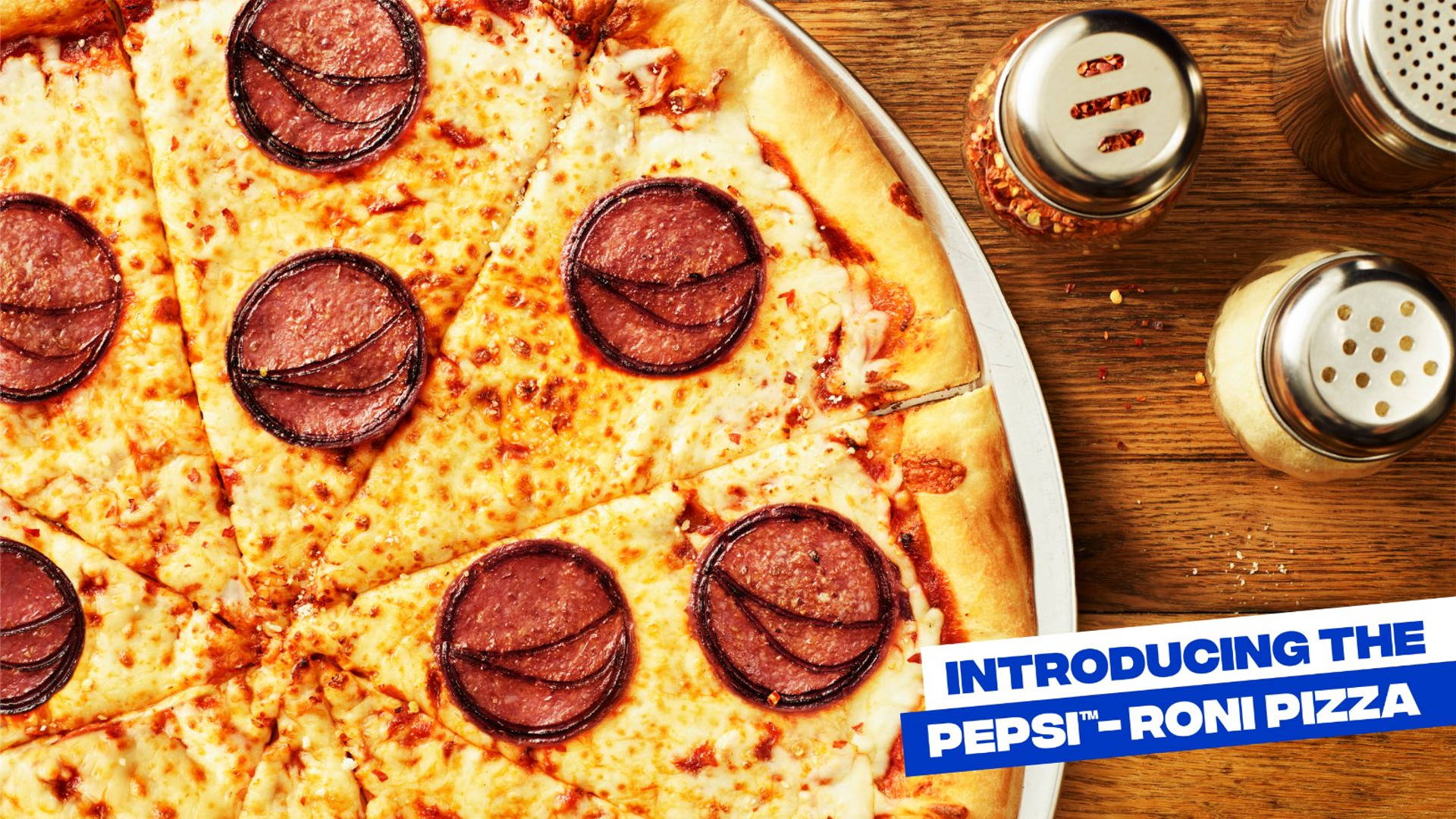 Pepsi Says It's Better With Pizza, Injects Itself Into Pepperoni

It may come as little surprise, but pepperoni is the most liked pizza topping. According to a YouGov poll, 64% of Americans included those spicy, crispy meat circles on their list of toppings they prefer. In honor of National Pizza Day, May 20th, Pepsi has partnered with the Culinary Institute of America (CIA) to make a new spin on the pizza parlor stalwart.

The soda brand describes “Pepsi-Roni” as “infused with the rich caramel notes, brown spices, and citrusy pop of Pepsi cola.” The CIA used a Pepsi Zero reduction instead of water in the Pepsi-Roni preparation to layer citrusy zest and brown spices with the traditional pepperoni flavors.

“We have always known that pizza tastes better with Pepsi, so we’re thrilled to take this pairing to the next level with our #BetterWithPepsi campaign,” said Todd Kaplan, Pepsi's chief marketing officer, via press release. “The pepperoni was invented to enhance the taste of a pizza; since we know that pizza also tastes better with Pepsi, we can’t wait to bring these tastes together to create the Pepsi-Roni pizza—an unapologetically delicious creation that merges the best pizza topping with the best pizza beverage into one amazing taste experience. You truly have to try it for yourself.”

Pepsi-Roni is part of the brand’s #BetterWithPepsi campaign, along with free slices of pie they'll be giving out May 20th at Made in New York Pizza in the West Village while supplies last. Those happening to not be in Lower Manhattan that day can participate in the #BetterWithPepsi social media campaign to unlock a $5 discount on pizza and Pepsi orders of $15 or more.