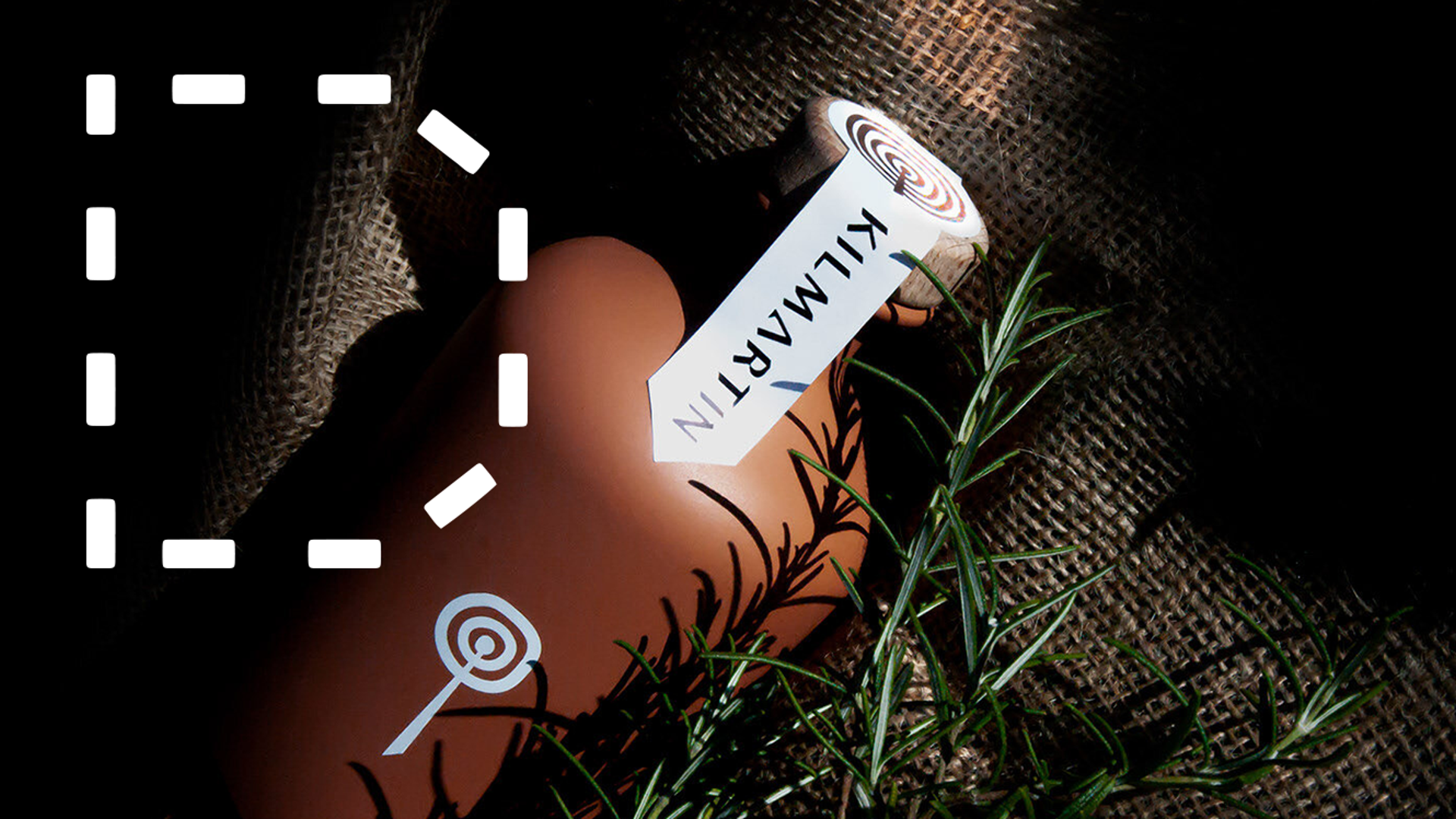 A visit to Scotland’s Kilmartin Glen is one full of history, and within a six-mile radius of the main village, you can find well over 800 ancient monuments, with 150 of them being pre-historic. Visitors can also find a linear cemetery and natural rocks with mysterious cup and ring marks thought made 5,000 years ago.

Those same rock carvings inspired the bottle design for Kilmartin Gin. Kilmartin Glen and its pre-historic trappings are integral to the brand world created by the Scottish agency My Creative. Not only because the distillery hand-forages the botanicals used in its gin from the surrounding glen, but also because they have borrowed elements and details from this culturally-significant location.

We spoke with the designer and founder of My Creative, Ewan Leckie, about his studio’s work on Kilmartin and creating a historically inspired bottle that can have a second life.

What was the design brief from Kilmartin?

Kilmartin Glen Sprits wanted to represent the area sensitively with their first Gin bottle while also creating something that locals and visitors would embrace.

The gin was to feel "of place," taking ingredients and freshwater from the area in its production. They wanted us to consider the landscape and the vast history of the different cultures that had settled in the small glen over the centuries.

They also wanted the bottle to be reusable or repurposed, and we discussed the possibility of a second life—not just recycled. Customers were encouraged to remove the legal labeling info and repurpose the bottle as a water jug, oil dispenser, flower vase, or some handy object to have around the home.

Tell me more about the Kilmartin rock carvings?

I was somewhat aware of Kilmartin's history from a previous visit, but I had no idea how rich it was until we explored it properly. Many tribes and religions settled in the glen over the centuries, all of them leaving their mark. But the biggest influence on our research work came from the beautiful and simple rock carvings left by the Late Neolithic and Early Bronze age people.

We can only speculate on the original significance of these so-called "cup and ring" marks. I would explain them as groups of concentric rings, some small with only three and a dimpled center, others with 20-30 rings with straight lines joining to other smaller ones. The markings and stone structures left are found all around Kilmartin Glen, and many are believed to be about 5,000 years old. It was clearly a well-populated cultural center of importance with hundreds of burial sites and thousands of standing stones and rock carvings, most predating Stonehenge and the Pyramids of Giza. The structures would have taken great skill, time, and organization to build, and today you can still see their creativity and craftsmanship.

Why were the rock carvings such a good jumping-off point for the design?

I began to form a timeline to put all the information gathered in some sort of order—from the early finds of hunter-gatherers to the more modern Castles and Forts built in more sophisticated ways.

It became clear that the most unique evidence left was the "cup and ring" stone carvings by the Neolithic and Early Bronze age people. Similar designs appear as swirls in Ireland and can also be found on the coast of Portugal, but never in such a large concentration. The fact that these were part of the start of the Kilmartin timeline made sense as a path to follow. We could build on this world or have the option to tell the full story onwards from this point.

The bottle is pretty spectacular! How did you guys go about creating and manufacturing it?

We originally looked at full clay and stoneware bottles and other elements like raffia that would feel of that time. After a few prototypes, we decided it was important to show the liquid in the bottle.

And we began to look at leaving the bottom third or quarter clear. That did take some trial and error to find the exact method and manufacturer to achieve the final result.

Images courtesy of My Creative.