Nothing Design Studio was extremely intentional when designing the packaging for Pondejoy's donut boxes. The patchwork-inspired color-blocking comes from Bojagi cloths of Korean households, known for their beautiful patchwork. Furthermore, the typography is dynamic in that it features a range of widths and styles, creating another form of patchwork-inspired designs. The box is colorful, unique, and full of Korean-inspired design elements, precisely what the brand was going for. 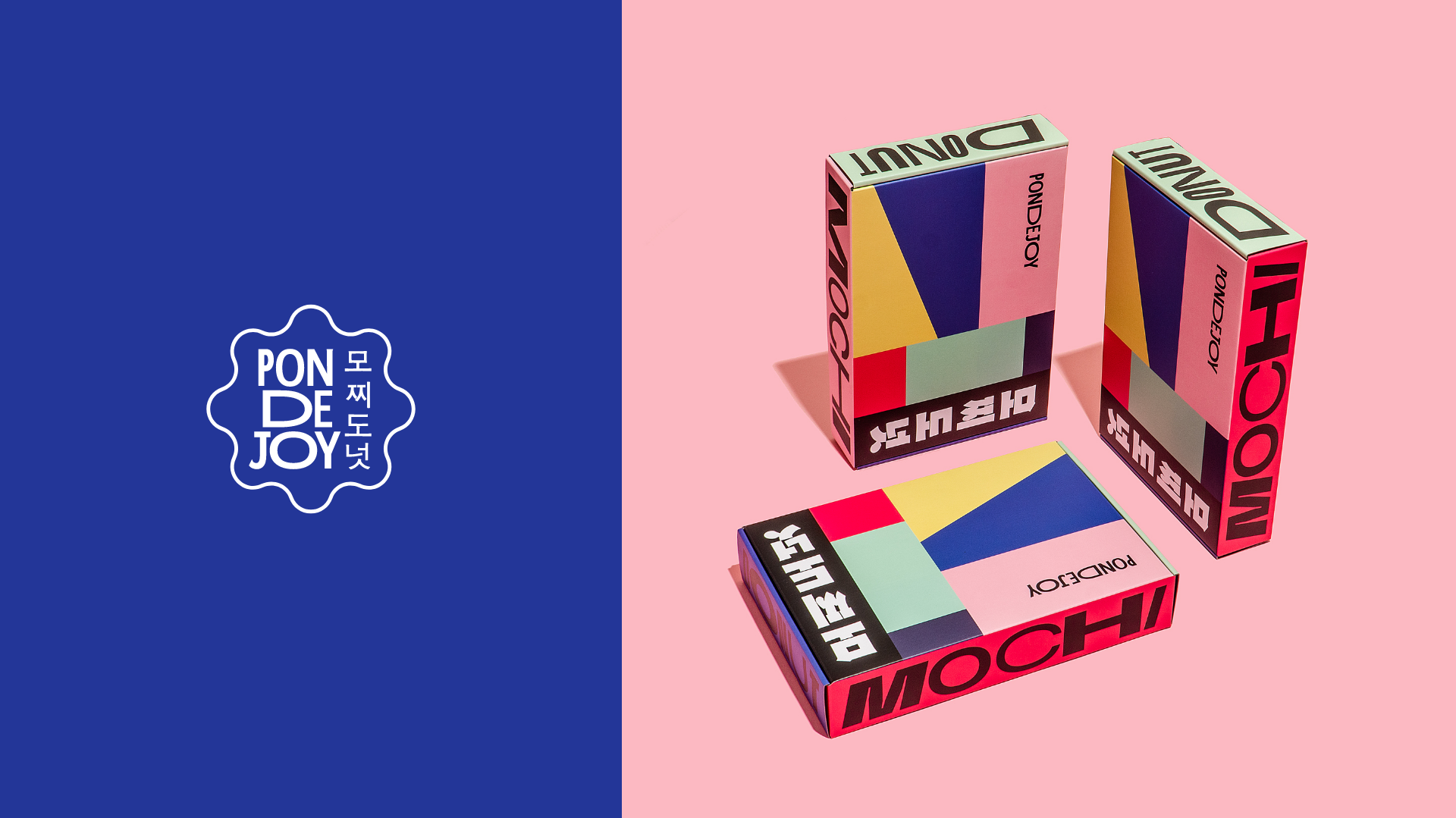 Our client wanted to create a brand that celebrated Korean culture and tradition, without compromising on craft, and at the same time, brought a sense of joy.

Bojagi cloths were essential elements of Korean households since the late fourteenth century up until the 1950s. They were known for their beautiful patchwork masterfully pieced together that created a joyful array of colours. It represented equality and creativity. They served a variety of functions including wrapping gifts, and covering cooked food.

So we designed an entire system around the bojagi pattern, crafting a box that is quite distinct in it’s category. You can spot a Pondejoy box from a distance, and you'll almost always spot them in any user generated content.

The packaging represents ancient tradition in a modern way. On the exterior, the bojagi pattern is inviting, and it creates a very distinct visual code. We choose GT Flexa as the primary font because of its extensive type design, allowing us to create a stretchy and crispy personality, appropriate to the attributes of a mochi donut. Sitting on the top of the bojagi system, is a bold display type that says “taste of joy” in Korean. Inside the box is solid black allowing the mochi donuts to shine. It not only made the donuts look better, it made a perfect backdrop for photography, which is every Gen Zs dream.

We had an emotional moment when our client sent us a message saying “I never thought I’d be able to build a brand where I see other communities excited to share something that has Korean type on it. This is everything!”. That was everything for us too.