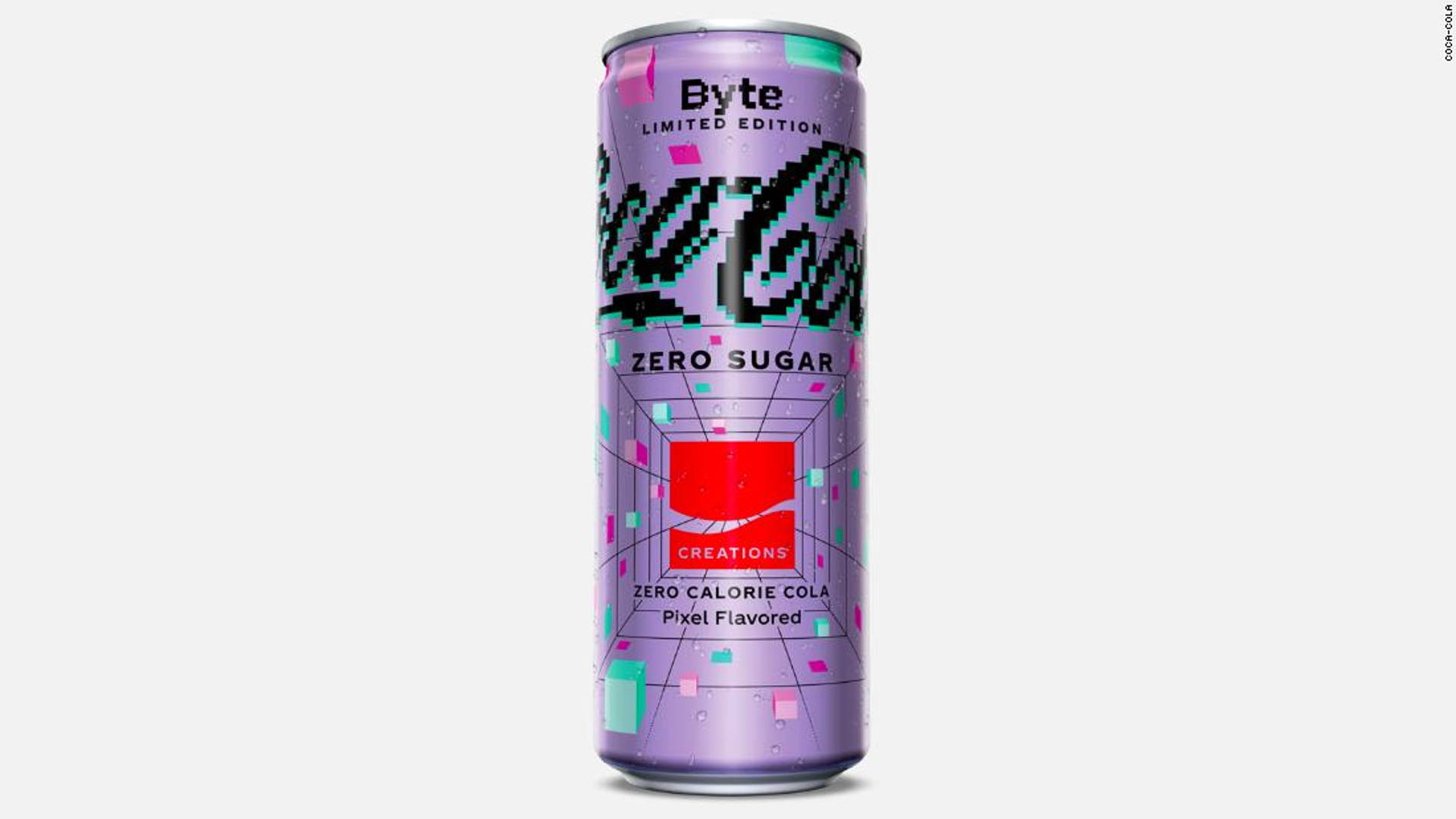 New Coca-Cola Drink Is Said To Be 'Pixel-Flavored'

We’re still unsure what “space” tastes like, but that hasn’t stopped Coca-Cola from unveiling its next Creation cola flavor, Byte.

As the name suggests, this installment in the Atlanta-based beverage brand’s Creations series of high-concept sodas finds inspiration in the digital world. First introduced in the battle royale game Fortnite, we have scant details about what Byte tastes like IRL, with Coca-Cola only promising the taste of pixels.

Packaging is reminiscent of 90s-era digital art. The Coca-Cola wordmark remains instantly recognizable, even in pixelated form. A grid creates a 3D tunnel effect, and bright cubes travel through this space. The Coca-Cola Creations logo sits in the middle of the tunnel and on the front of the slim cans.

“For our second expression from Coca-Cola Creations, we wanted to create an innovative taste inspired by the playfulness of pixels, rooted in the experiences that gaming makes possible," said senior director of global strategy at Coca-Cola Oana Vlad via press release. “Just as pixels power digital connection, Coca-Cola Zero Sugar Byte brings people together to share moments of Real Magic.”

Coca-Cola Byte is available now in Latin America. Byte will be available exclusively online in the US on May 2nd, 2022, followed by a retail launch in China on May 23rd.