Greene King Embraces Folkloric Side With Packaging From Design Bridge

Craft brewery packaging used to be irreverent, new, and refreshing. But with so many beers in the world, it's easy to lose sight of what makes any brewer distinctive, particularly when you've been in the game for a while. 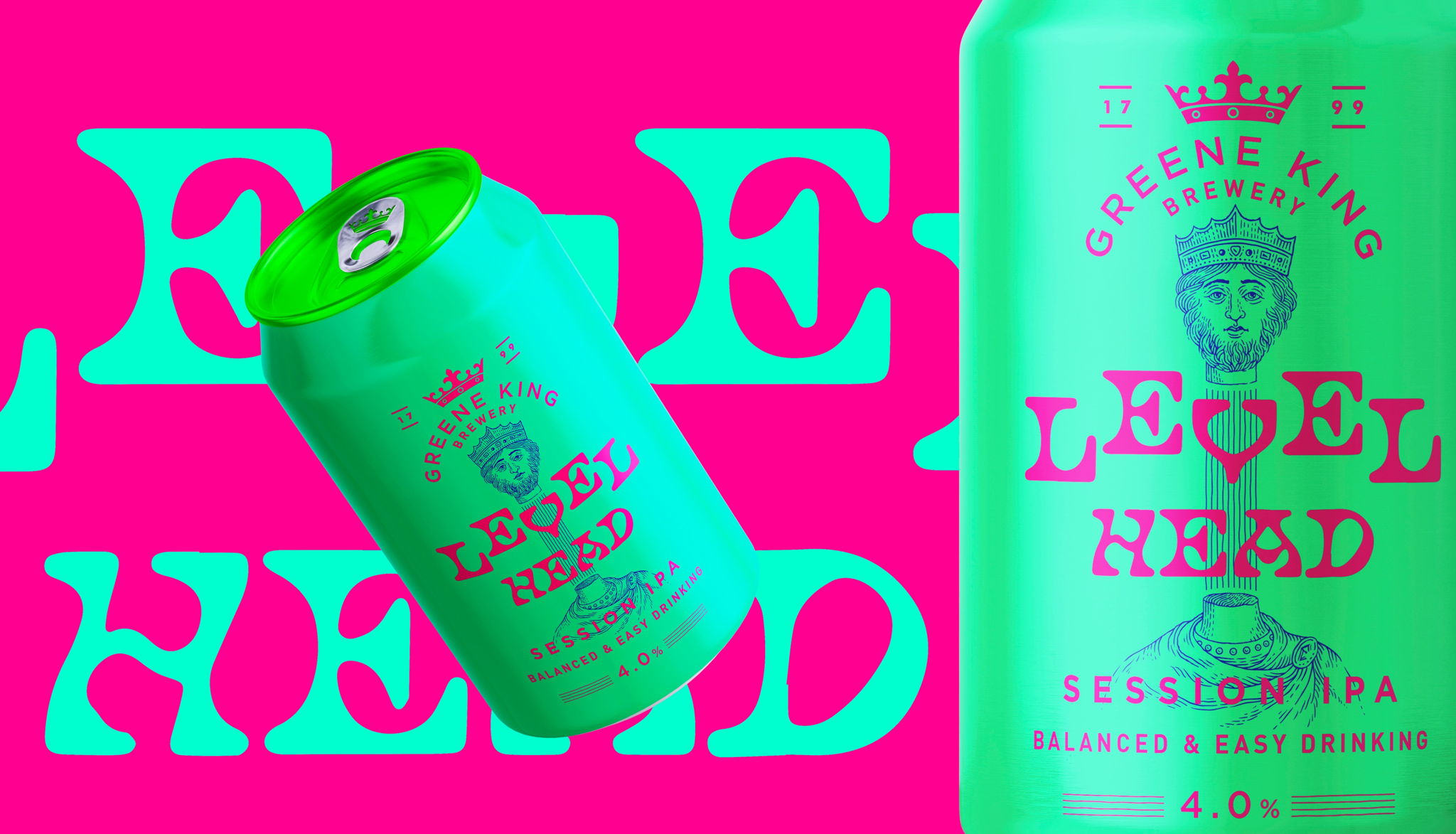 To combat the overcrowded market of trendy start-up breweries specializing in trendy beers, Greene King, one of the oldest independent breweries in the UK, turned to global design agency Design Bridge to tackle its packaging identity.

Because the brewery has existed for over two centuries, the brand's history gets showcased throughout the design, with each beer's unique history on display. 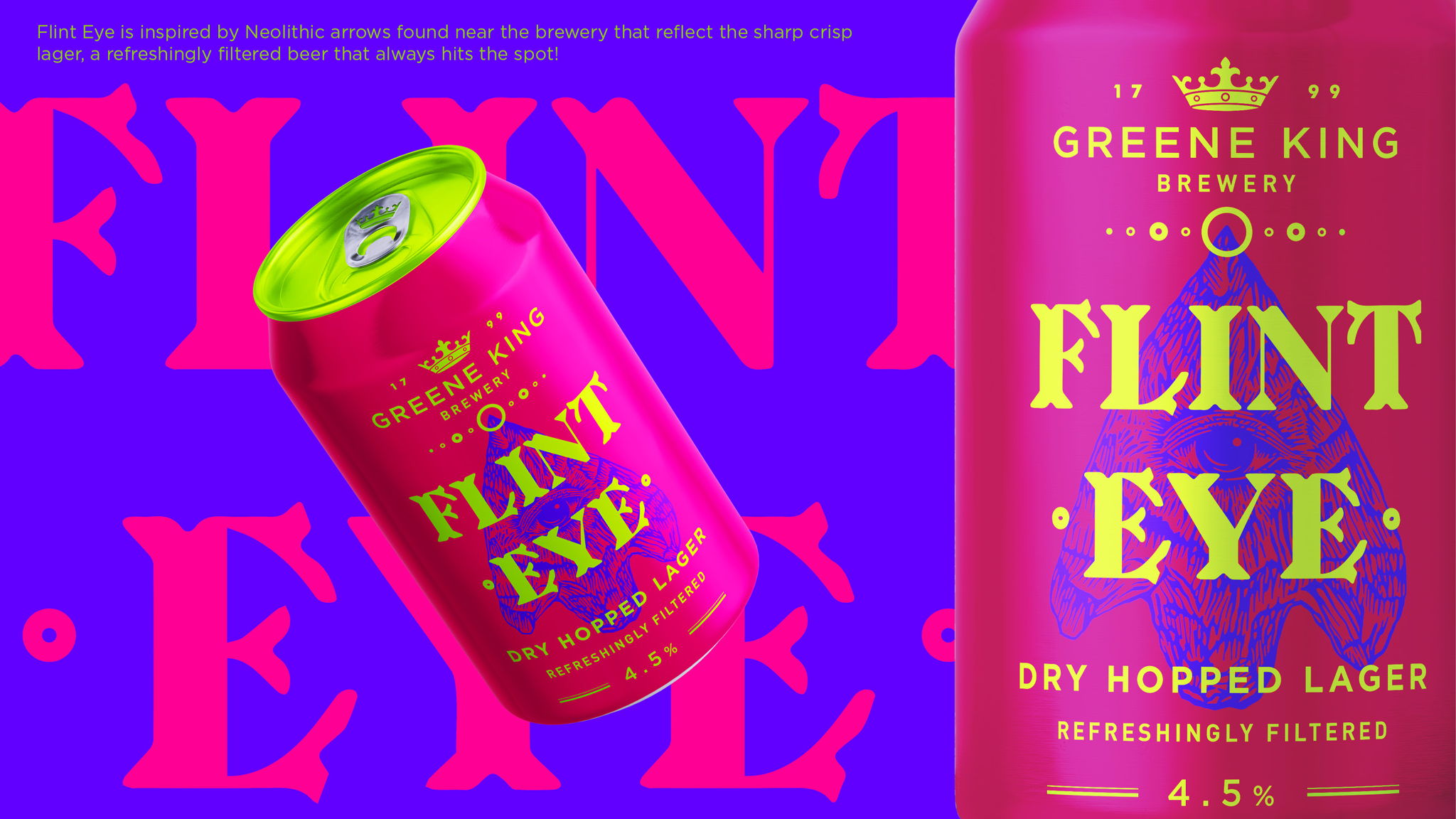 Instead of shying away from color, Greene King leaned directly into it. As a result, each beer gets splashed in vibrant combinations that emphasize the details of their remarkable stories. Additionally, the bespoke typography system on each can further accentuate the folkloric attitude with a playfully abrasive, modern twist.

For example, the "Level Head" can features perfectly uneven typography. Additionally, the "Flint Eye" stresses typography that showcases details in the letters inspired by "flint knapping" from Neolithic craftsmen who produced arrowheads. 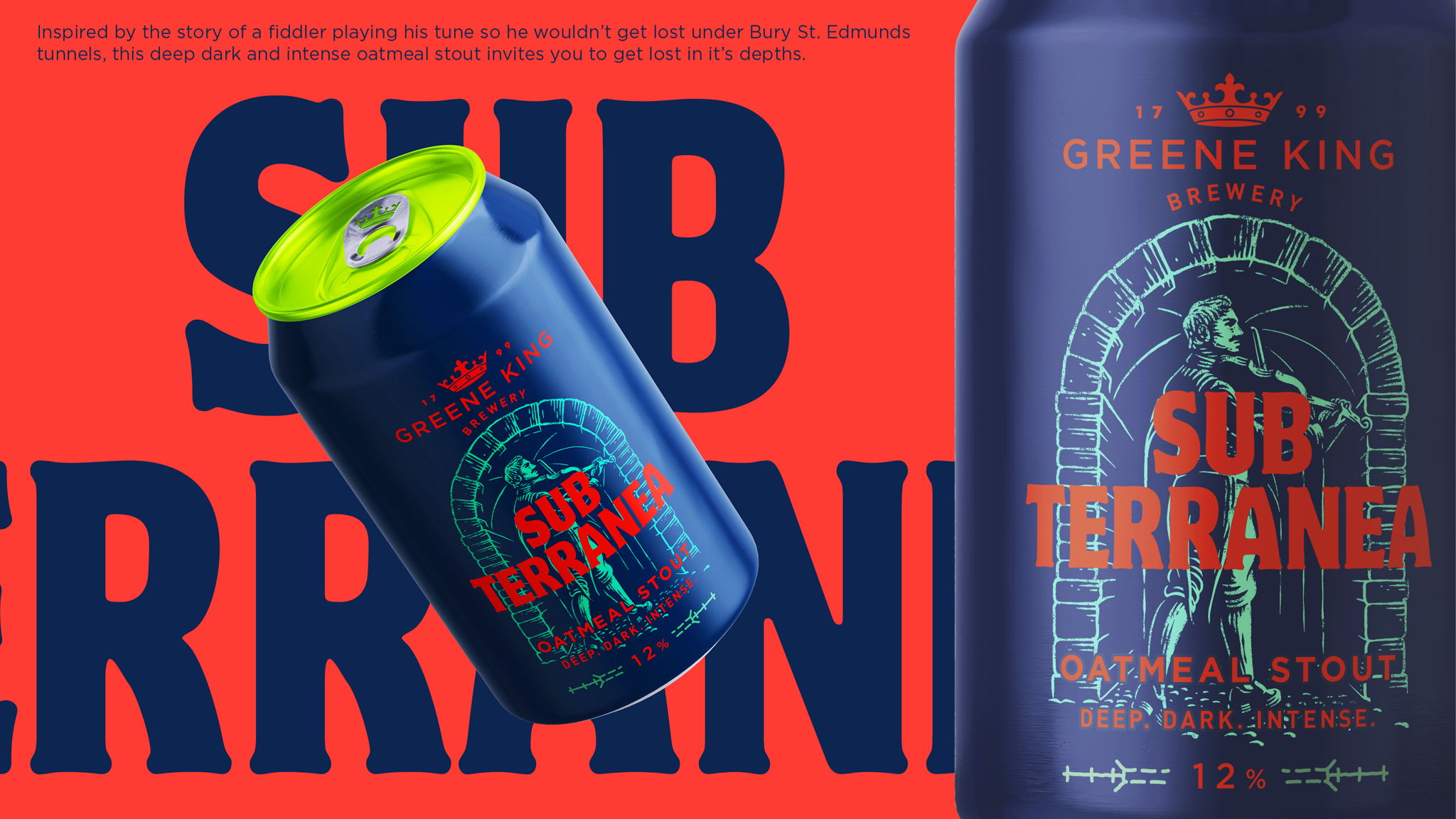 And while the typography is strong enough to tell a viciously absorbing story, the illustrations also play a significant role in the design. Inspired by historic woodcuts, the illustration style, especially with the eccentric colors, creates a sense of classic mischievousness paired with a contemporary aesthetic.

Every detail has been well executed, with more profound meaning and intention behind every concept. The imperfections are embraced, and the mythology is welcomed. These aren't your typical craft cans. Instead, Greene King is a brewery with an extraordinary sense of imagination and originality.