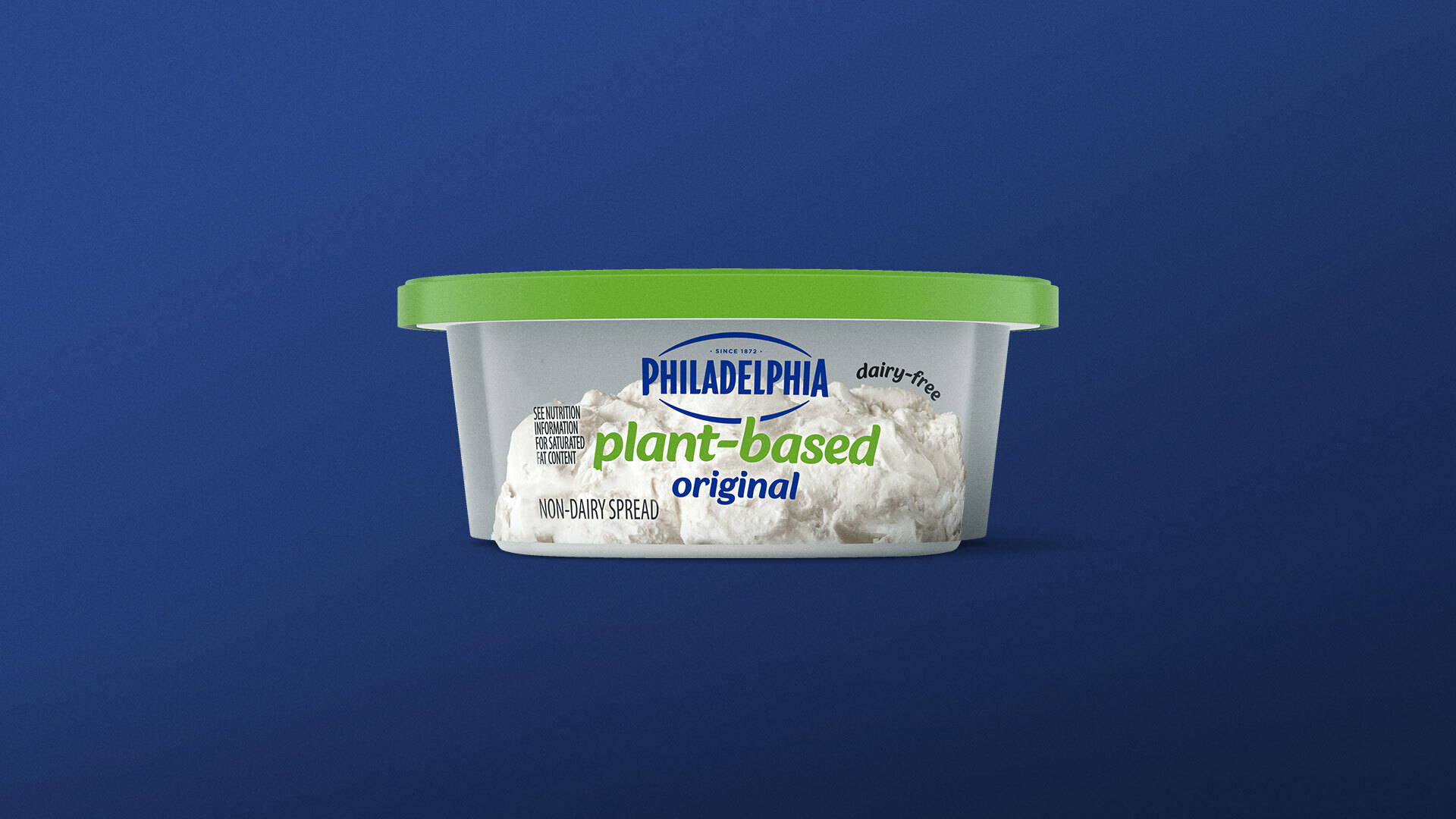 For the past two years, the cream cheese brand Philadelphia has been working on a plant-based spread that delivers the same flavor and texture as its signature dairy product. Today, they have announced the debut of its plant-based alternative, called simply enough, “Philadelphia Plant-Based.”

Philadelphia Plant-Based is dairy, lactose, and gluten-free and contains no added dyes or flavors. Like the name, the packaging keeps it pretty simple, sticking to core Philadelphia branding and adding a “plant-based” sub-logo, in green, of course. It seems like a missed opportunity, particularly since plant-based branding has evolved beyond the traditional health food, hippie, and nature tropes.

You won’t see the word vegan prominently on the packaging. Philadelphia Plant-Based is vegan-friendly, however, as confirmed by a Kraft Heinz spokesperson. That’s because, according to the same spokesperson, Philadelphia is targeting flexitarians. Flexitarians continue to eat animal-based products but are seeking ways to incorporate more plant-based foods into their diet.

Kraft Heinz is piloting Philadelphia Plant-Based in the Southeast region of the U.S. and plans to do a national rollout, with additional flavors, in the summer of 2023.

This Opportunity Only Comes Once a Year