Branded characters are an instant way to add a cheerful vibe to a packaging design, and True Story Brewing's cans are proof. Designed by Deuce Studio, the eye-catching cans feature colorful, vivid hues and a playful type treatment, and when paired with the lovable characters, how could you not crave one of these beers? 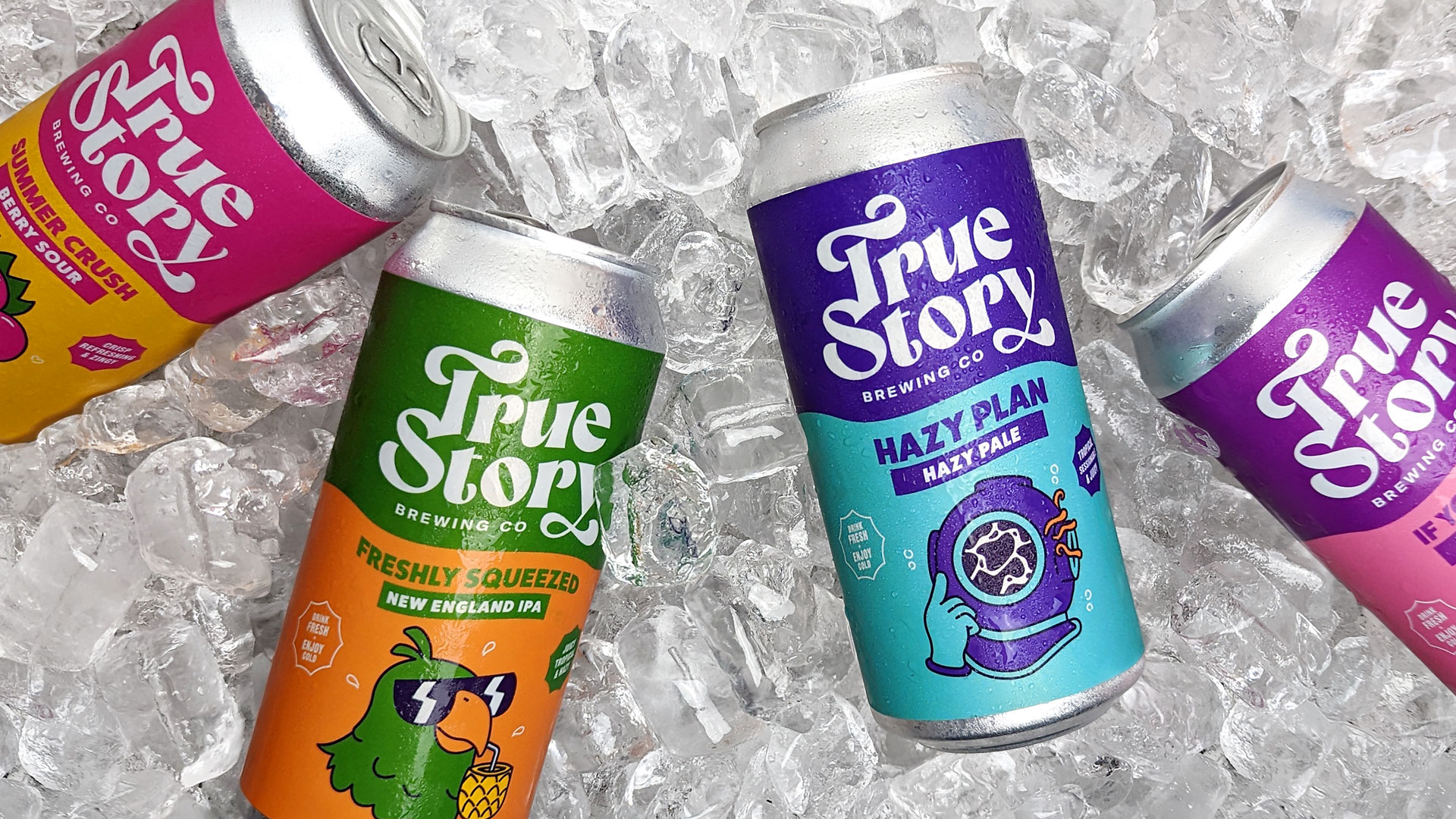 True Story Brewing Co is a refreshingly exciting micro-brewery creating intensely flavourful craft beers and intriguing experimental brews out of the South West of England. The brewery founders wanted to create a brand based on the hilarious, shocking, or downright bizarre stories that are often shared over a couple of beers. Deuce Studio was asked to come up with a brand identity and packaging system which was impactful, immediately recognisable, and had heaps of personality. The core idea was to base every beer on a real story from the founders’ past, each one featuring a unique illustration on the front of the can, and the story itself printed on the back.

This also opened up the opportunity for True Story drinkers to interact with the brand by sharing their own stories. The pack illustrations created to reference the story behind the beers were illustrated and developed in-house. The illustration style centres around quirky, somewhat loveable, and slightly irreverent characters, which in some way or another relate to the story and give a subtle (or not so subtle) nod to the flavour of the beer inside.