Lentils aren't classically known for being playful. In fact, many might turn their nose up to the healthy legume. Yet, designer Katrina Romulo serves up an animated side for Lentiful's packaging system. The warm colors and friendly typefaces create a packaging system that makes the legumes feel much more approachable and entirely less stuffy. 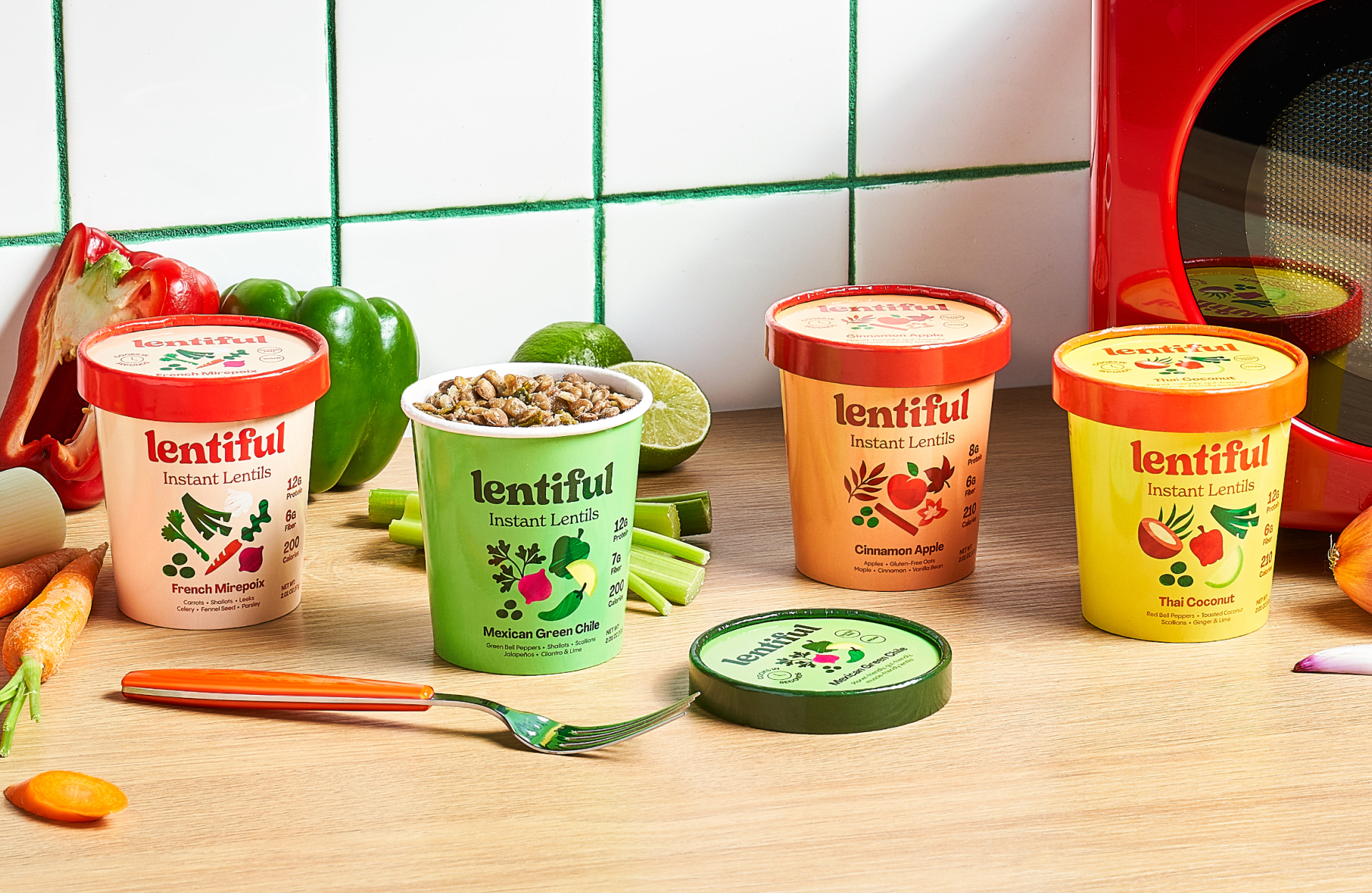 Lentiful is proud to announce the official launch of its company today and its groundbreaking line of instant lentil meals. Lentiful’s “just add water, stir and microwave” meals eliminate the time-intensive process of cooking lentils, offering consumers an on-the-go, plant-based meal that cooks in just over a minute. Lentiful is on a mission to help more Americans embrace plant-based eating through lentils, one of the world’s most beloved, nourishing and climate-friendly foods. Founded by the Bacon family (who very much realize the irony of starting a vegan company), Lentiful takes all the friction out of plant-based eating, offering high-protein, high-fiber instant lentil meals that cook in just over a minute and satisfies hunger for hours.