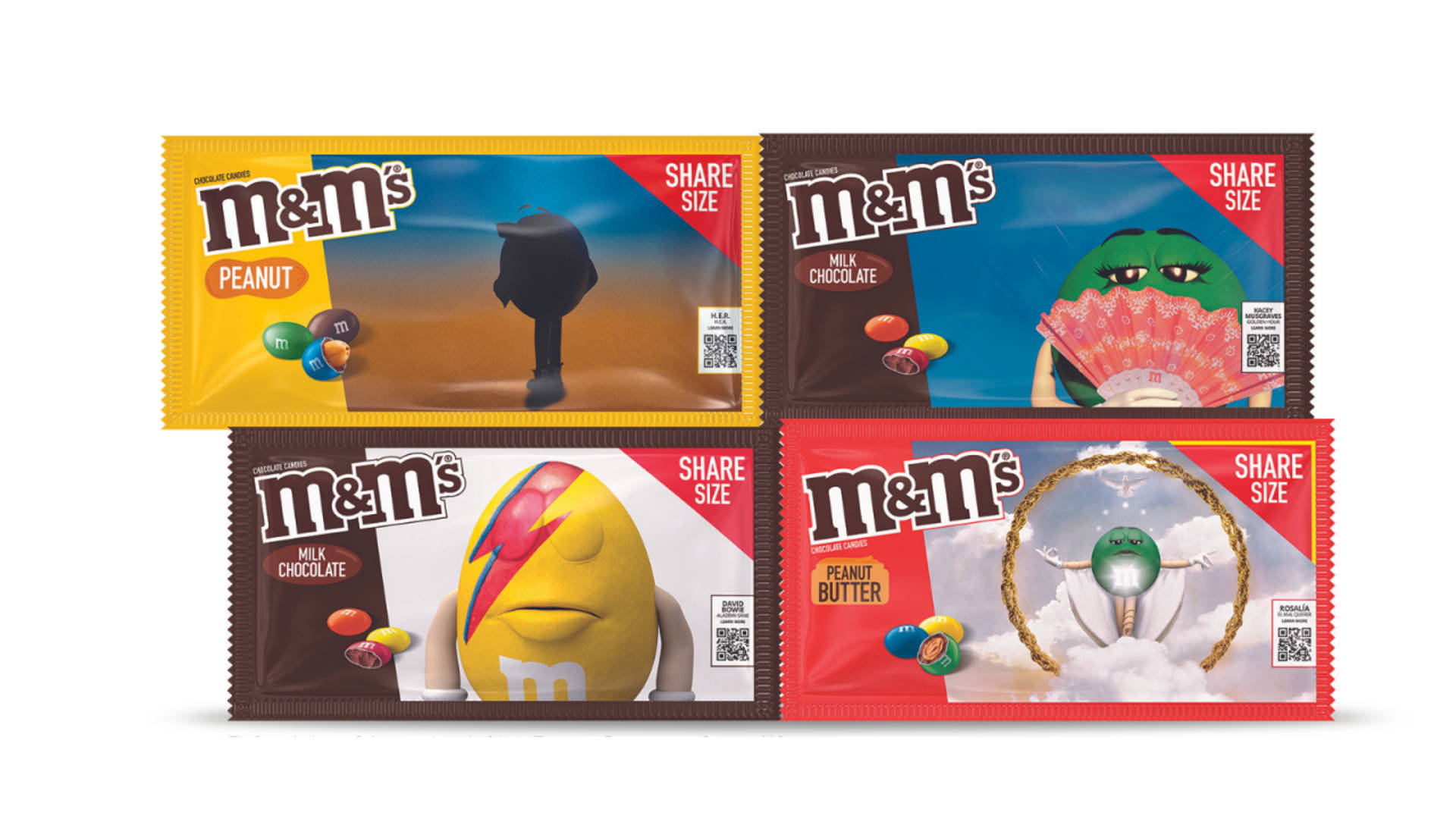 On the heels of a JKR brand refresh (and child labor allegations), M&M’S has announced a series of limited-edition packaging inspired by artists’ significant albums called the Album Art series.

Confusingly, Yellow’s Bowie from Aladdin Sane is on a milk chocolate M&M’S bag, and a non-peanut M&M’S forms the shadow from H.E.R.’s debut album on a peanut M&M’S bag. Green portrays Kacey Musgrave on the Golden Hour-inspired milk chocolate packaging; she also gets to play Rosalía on the candified take of El Mal Querer’s cover. You can't see Green’s shoes on either bag, however, so Tucker Carlson can take a breather on this latest development from M&M’S.

M&M’S Album Art Series does appear to continue in the same spirit of inclusion and togetherness that is a core component of the brand’s refresh, so maybe Mr. Carlson can seethe just a little bit more.

“From our perennially favorite chocolate and new product innovations to must-visit retail stores, the M&M'S brand has a long-standing history of bringing joy and fun to fans, and M&M'S Album Art is the next step on this journey,” said Sarah Long, chief marketing officer of Mars Wrigley North America, via press release. “M&M'S Album Art harnesses the power of music to connect people by helping them find their commonalities rather than focus on their differences, to inspire a deeper sense of belonging.”

Album Art bags will be available in single, share, and party sizes.