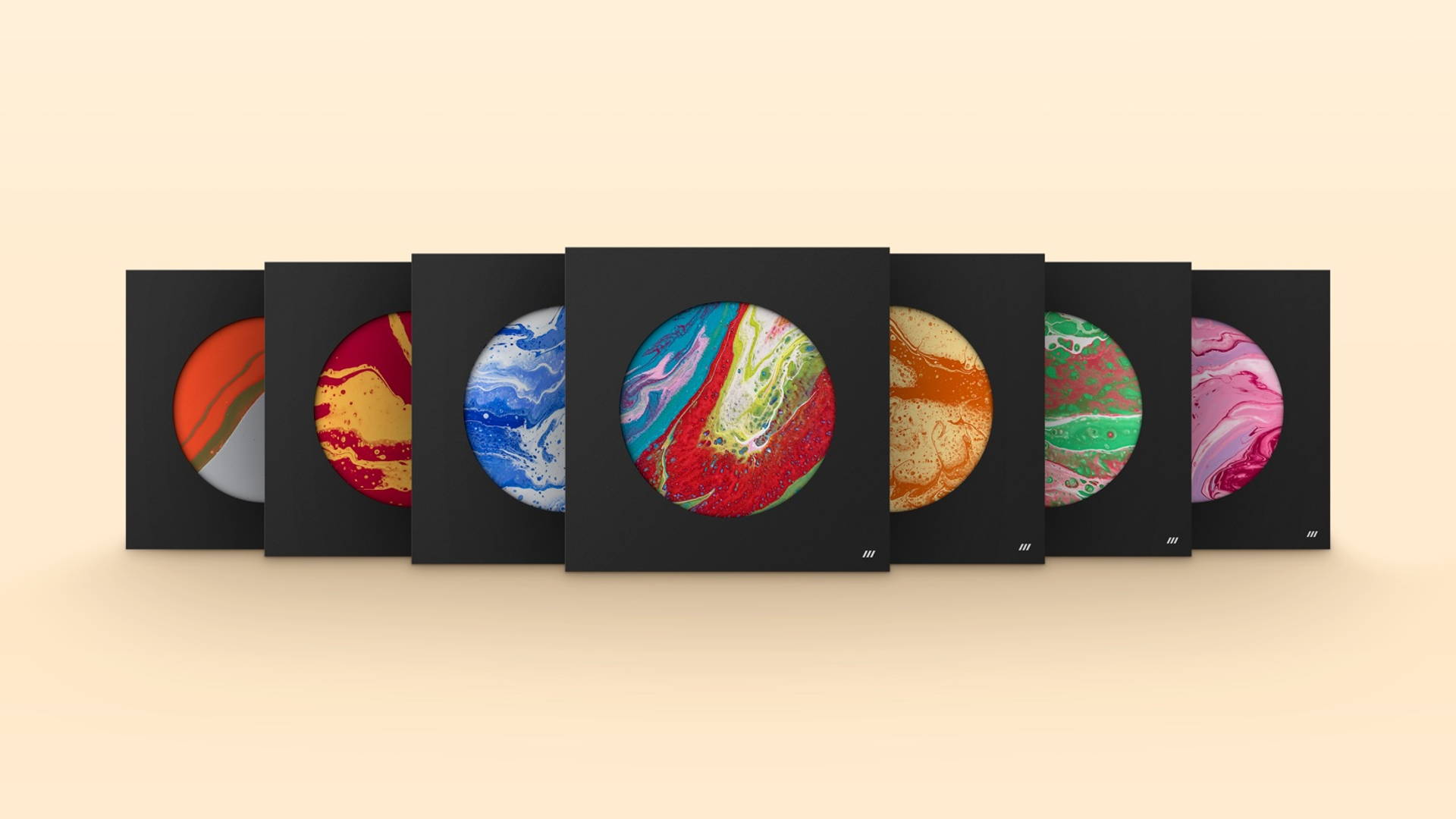 Campbell Trio is a post-hardcore band from Brazil that never fit into classifications. They are too punk to be considered musicians and too skilled to be seen as punks.

In 2012, the group recorded a full-length album that was never released. Eight years later, the band launched a crowdfunding campaign to cover the costs of finishing the album's production and releasing it in a physical format (vinyl).

They wanted a package that could reflect the band's duality between calm and chaos, punk attitude and skilled musicianship, the inner turmoil that gave birth to those songs, and its production precision.

The result was a box that showcases the band's complexity through its visuals — a delicate balance between colorful, vibrant, and organic paintings with black and white structured content.

The box comes with 14 inserts, one for each track in the album. The inserts have all information related to a song. It also contains paintings hand-made by the band members exclusively for the album.

All the paintings were made using a technique called acrylic pouring. This method produces beautiful results while offering almost no control to the artist. It is a manifestation of chaos: a representation of the emotions and inner turmoil that generate the band's compositions.

The package has a hollow circle on its main face, revealing the top insert inside the box and exposing that inside that black and white and extremely organized box, there is a lot of chaos and trapped emotions.

By changing the inserts' order, one can choose between 14 different covers for the album. The inserts also can be framed and hung on walls like paintings.

Defying the notion that people wouldn't buy a product that is also offered for free, the packaging was seen as an art form as relevant as the music itself by the band's audience. The band's supporters saw the physical media as a valuable object to be obtained. The band reached its goal and raised enough money to finish the album, selling half of the units before starting the production.

M&M'S Rolls Out Its Global Redesign From JKR, and It's All About the Ampersand