Student designer Fran Pinter-Parrott created the elegant bottle for conceptual brand Origin in Dan Hoy's class at The Art Center College of Design in Pasadena that's as mysterious as graceful. This brand was idealized through the inspiration of the gin craze in Britain in the early 18th century. Unfortunately, this craze led to the unregulated making of the spirit, ultimately leading to deadly toxic spirits. While not fatal, this bottle has looks to serve, and the dark black bottle is cryptic albeit luxurious. Naming this spirit "Origin" is a clever way to speak to the past while also showcasing that this drink is Gin. Clevel, ambiguous, and completely smart, Origin is a packaging design done well. 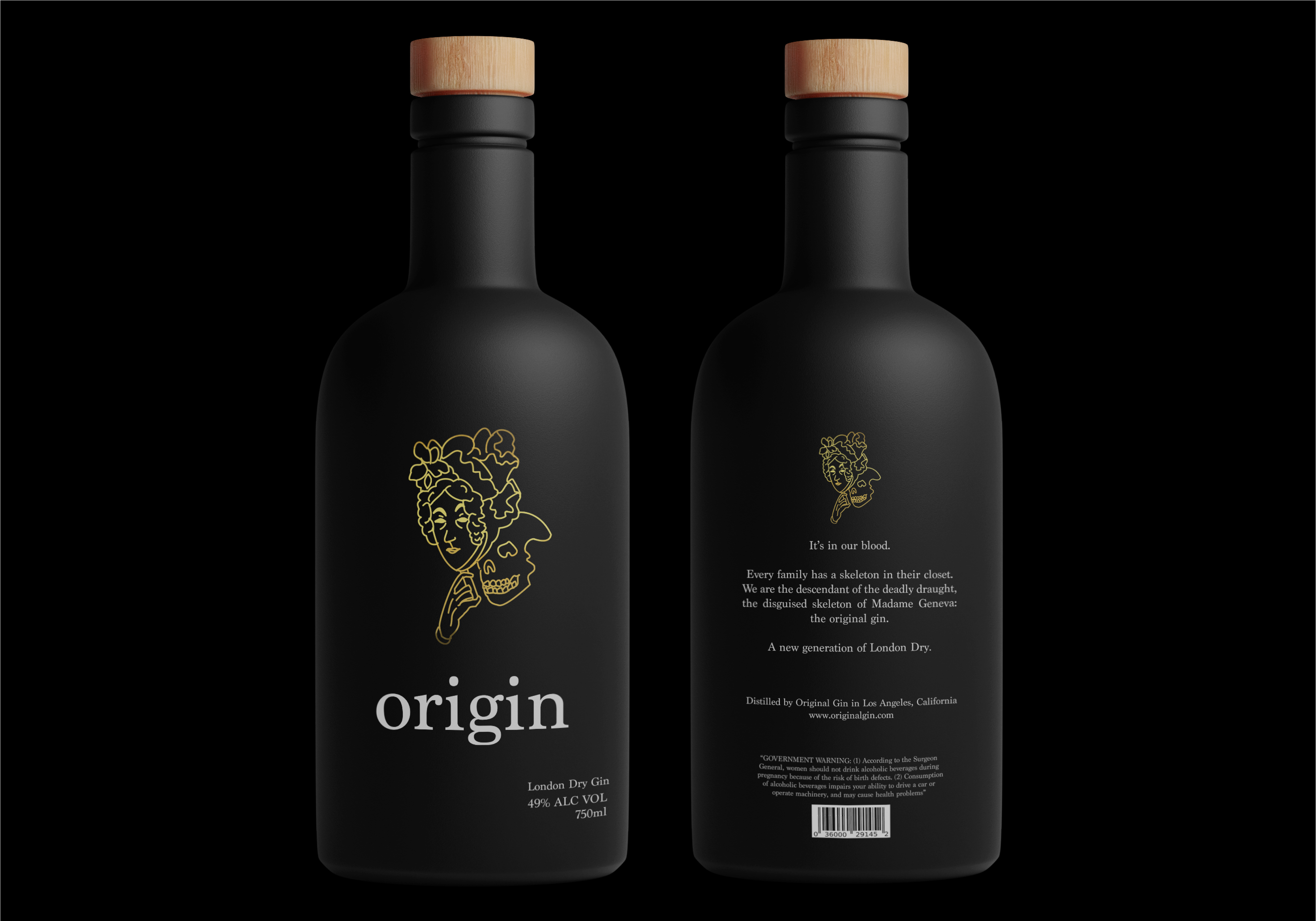 Inspired by the Gin Craze that swept Britain in the first half of the 18th Century and the temperance art it influenced, Origin brings modern flavours and flourishes to traditional distilling. Unregulated gin production in London led to over 7000 gin shops, producing often toxic spirits as gin became synonymous with death. Madame Geneva became a colloquial term for gin - the matriarch of intoxication and destitution. Origin is the descendant of Madame Geneva: the scioness and successor.

Origin is the new generation of London Dry Gin.

Every family has a skeleton in their closet. We are the descendant of the deadly draught, the disguised skeleton of Madame Geneva: the original gin.

Origin is distilled with no toxins. Cross our hearts.