There's No BBQ Without Raymond's Beer

Hendrik Dierendonck is a well-known Belgian butcher who took over his father's Belgian-based butcher shop back in 2001. He's so well-known that many Michelin star restaurants choose to work exclusively with his butchery.

The packaging of this beer titled "Raymond" is inspired by the butcher, and the perfect match for BBQ and the packaging reflects the friendly picnic spirit that backyard hangs often bring. Utilizing a bold font paired with the detailed illustration of a bull emits intense energy. This isn't a drink for the chic or faint hearted, this is a beer for the butcher behind the knife. 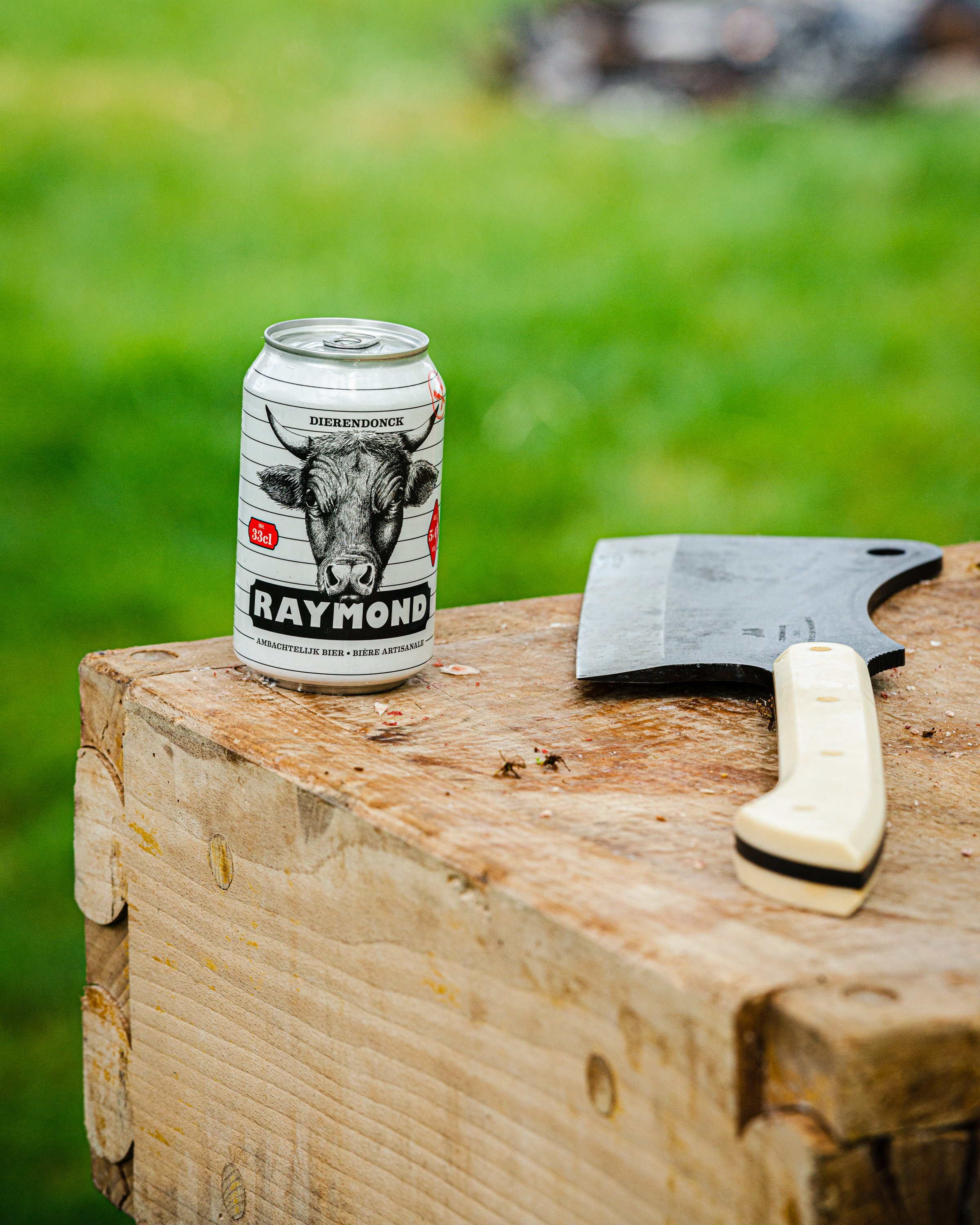 Craft, terroir and passion are key values for Hendrik Dierendonck, one of Belgium's most famous butchers.

In his quest for a beer that turns every BBQ into a feast, and eventually into a party, Dierendonck brewed his own beer. Together with Brouwerij Van Steenberge they came up with a refreshing beer, following the rules of traditional beerbrewing. It's a blend of a pils with top fermented beer, which makes it a unique and well-balanced drink. A full taste, matching grilled meat.

We named the beer Raymond, as an ode to the father of Hendrik, and from which he learned the butcher's craft. 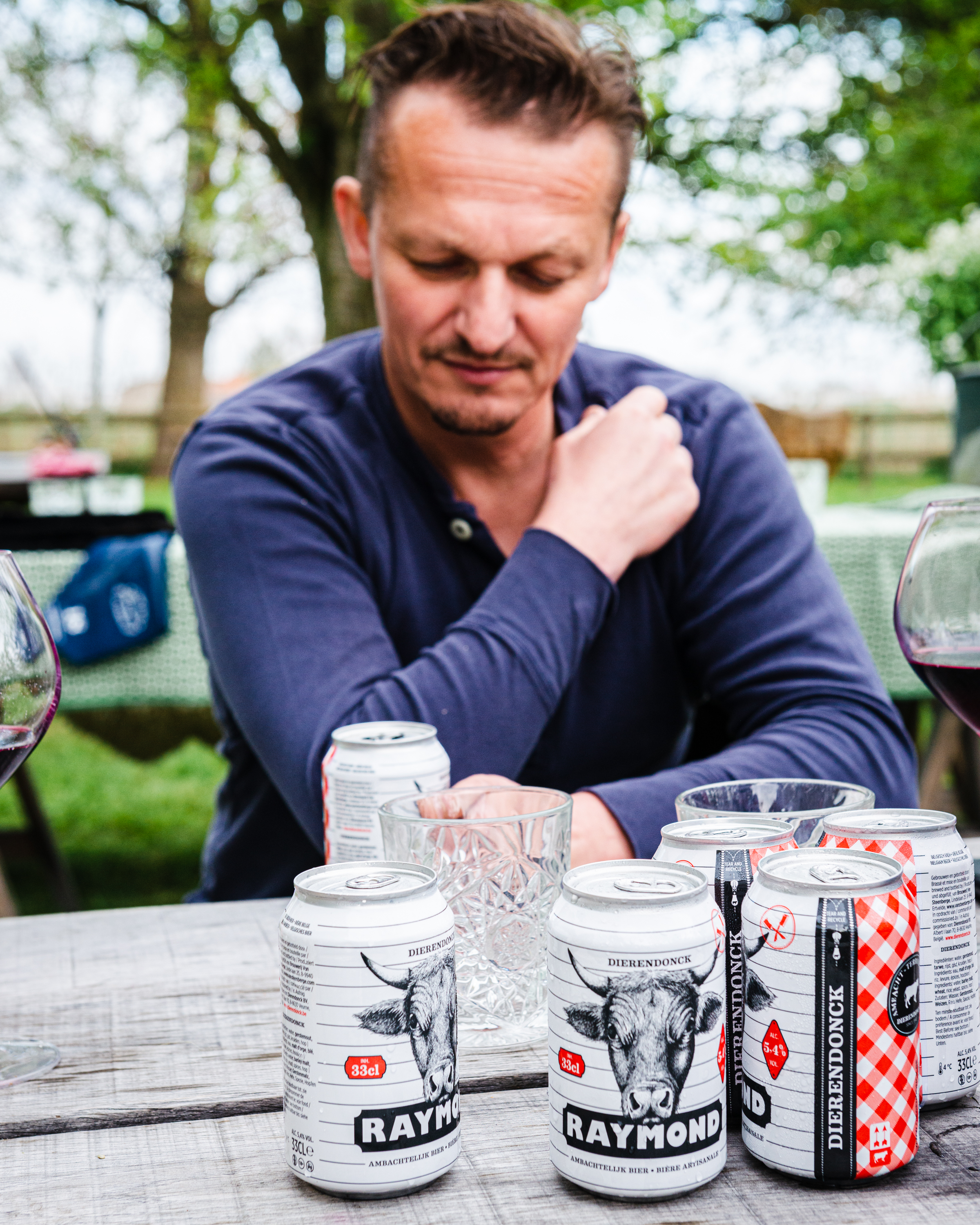 We are not talking about high grade alcohol beer nor a specialist beer: It's a BBQ beer, made to be liked by lot's of people. To put it simple: it's a very good beer suited for a real BBQ.

As Dierendonck sees it, a BBQ is about friends, family and food. The packaging honors this spirit. It's nor to sophisticated nor to chique.

We created an honest packaging, not to polished, just like a BBQ. It's a reflection of all of the above values, fit's the corporate identity of Dierendonck and is still attractive and distinctive in the shopshelves.

(on the pictures you'll see Mr. Raymond Dierendonck, and Mr. Hendrik Dierendonck. It goes without saying that the pictures are shot during a BBQ, again to reflect the mood of the beer) Photography by Gazeuse.