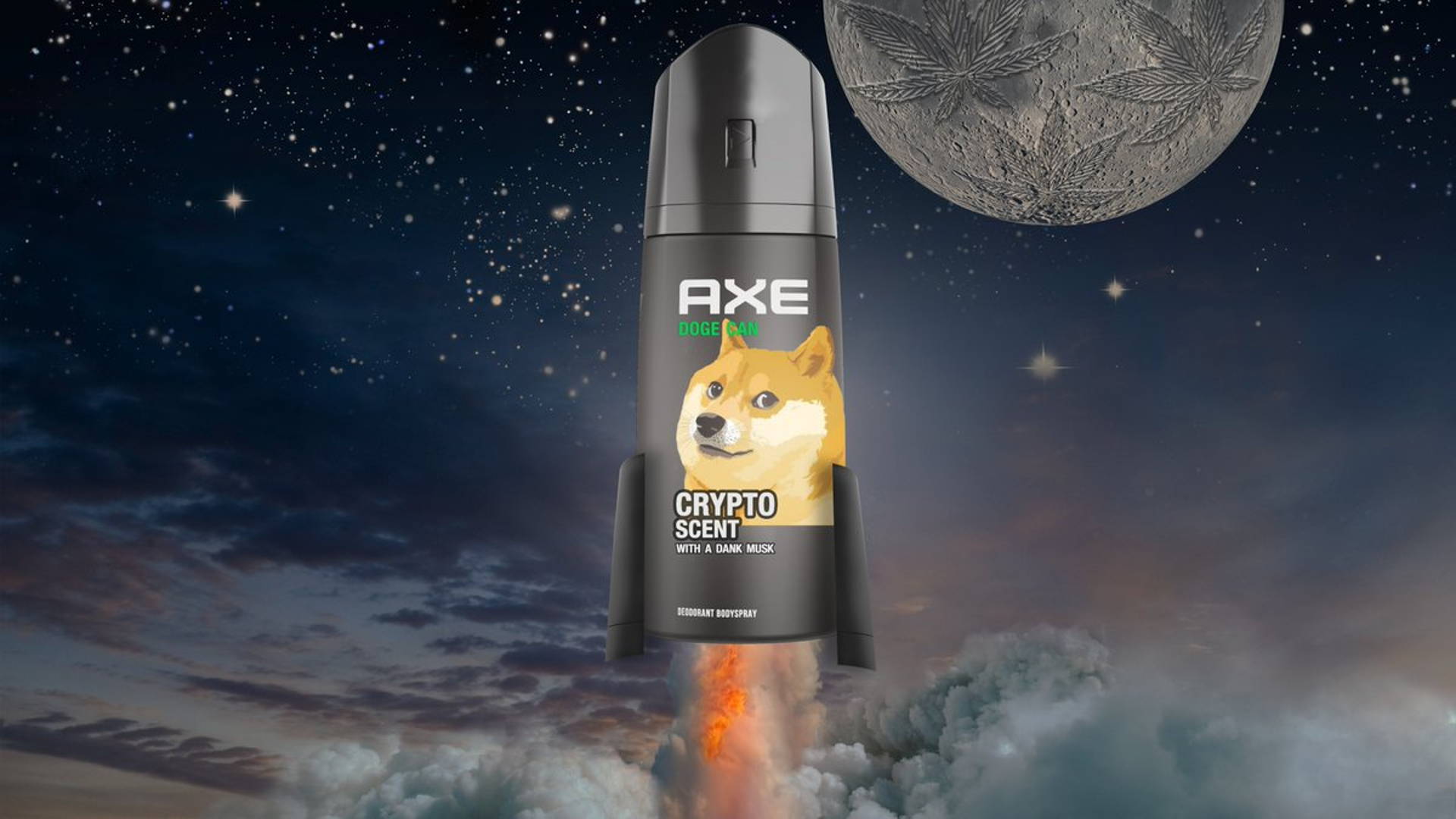 Meme-based cryptocurrency Dogecoin’s value may have cooled off from the meteoric rise it had over the last few months, but the humble coin with a fluffy Shiba Inu as its mascot continues to chug along, lifted by a devoted and plucky following that apparently has some value, even if it’s not quite ?1 = US$1 and closer to about 17 cents as of this writing.

Because Doge is a meme-backed cryptocurrency, some brands jumped in on the made-up DogeDay holiday, which fans of the coin held on 4/20 (nice) in the hopes of pumping the cryptocurrency “to the moon.”

Unilever’s Axe was one of those brands, promising a Doge-themed spray if the coin reached the one dollar milestone. The hopes of seeing that soon have pretty much faded, as even Dogecoin hypeman, trickster business magnate, and not-so-great SNL host Elon Musk can’t seem to nudge the price up. However, Axe is honoring the giveaway of cans of the crypto-themed body spray anyway.

The Axe Dogecans feature the now-familiar visage of Kabosu, the pooch that the meme is based on. The cans promise a “crypto scent with a hint of musk,” an obvious play on words referencing the CEO of Tesla and SpaceX. What exactly crypto smells like is unclear, but it might smell like the panic and horror that comes in realizing you’ve invested real dollars in fake meme-based money, with a hint of rich-billionaire-Twitter-troll.

Hodlers don’t need to cash out some Doge to get a can of Axe Crypto because Axe is all out. Much disappoint, very sad.