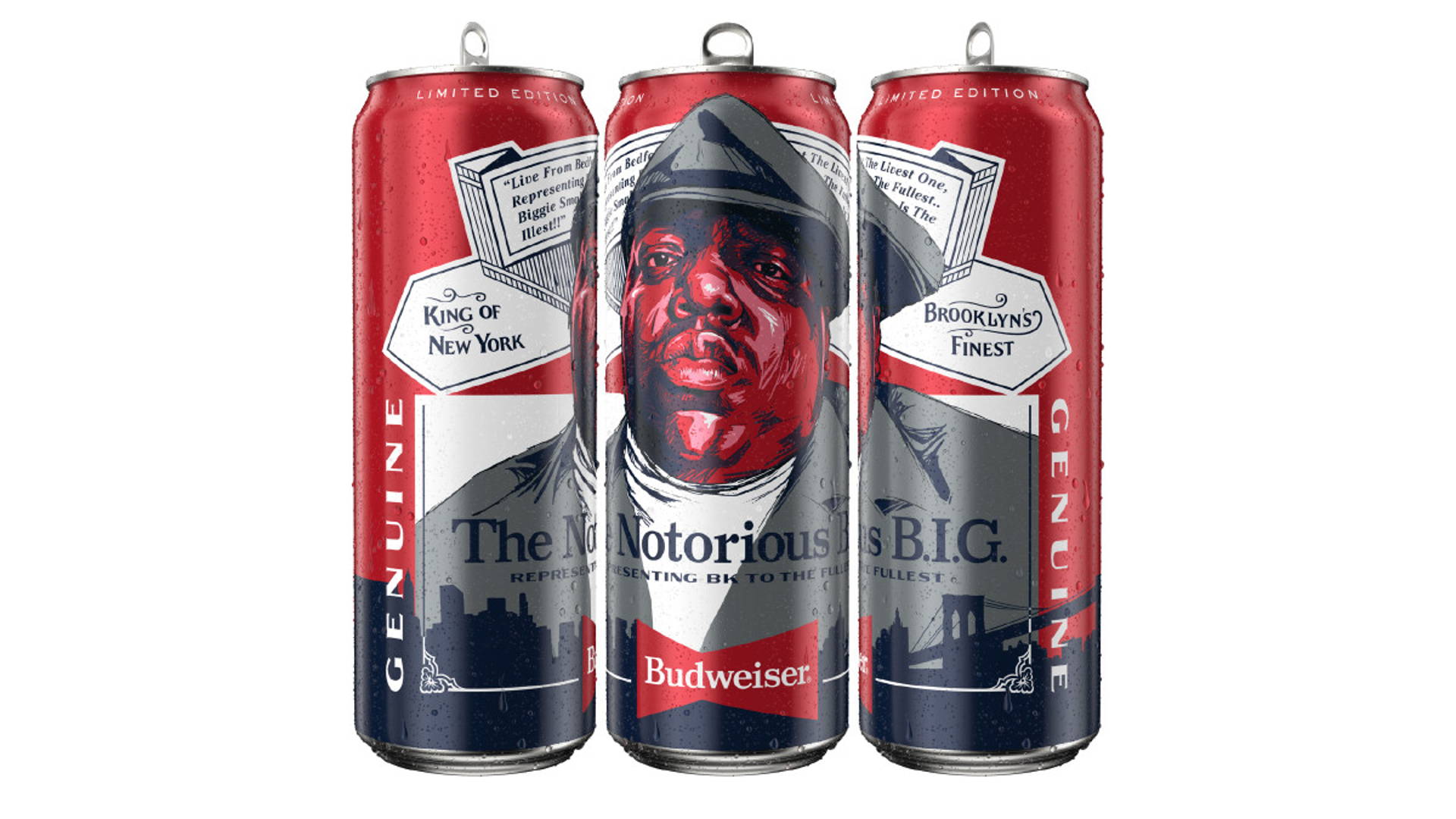 For a brief three years in the 90s, Brooklynite Christopher Wallace-also known as the Notorious B.I.G. and Biggie Smalls-burst onto the hip hop scene, bringing raw, gritty lyrics combined with a bravado and bouncy flow that, when combined with producer Sean “Puff Daddy” Combs panache and pop sensibilities, created a musical tour de force that would near-universally bestow Biggie with the crown of New York. Sadly that reign would be shortened by the bloody coastal feud that consumed the hip hop world at the time.

Celebrating the once king of New York and forever beloved standard-bearer of Bed-Stuy is Budweiser, in partnership with the Christopher Wallace estate. The King of Beers has released a limited-edition tallboy featuring Biggie and his Brooklyn roots.

Designed by Anheuser-Busch’s in-house agency Draftline, the Biggie X Budweiser cans feature a hand-drawn illustration of Wallace looming over a Brooklyn skyline as seen from across the East River, or you know, the opposite direction picture-taking tourists come to NYC for that gram. Tweaks to copy include a change to the usual Budweiser creed. In its place is “Live from Bedford-Stuyvesant the livest one, Representin BK to the fullest,” lyrics from Biggie’s Ready to Die track “Unbelievable.”

“I am honored to know that a brand such as Budweiser wanted to celebrate my son in this way,” Biggie’s mother Voletta Wallace said via press release. “Christopher’s legacy and brand value [are] extremely important to myself and the family, and memorializing him on the can of an iconic beer brand as Budweiser is something I believe he would be happy with.”