FIX Hellas is a beer that's been around for quite some time. 1864 to be exact, meaning that this is a beer that's earned its right to be on the shelves. Luminous Design created the packaging for this limited edition release, and the agency drew inspiration from Greece's most authentic and local aspects. Blue and white and the can's primary two colors and are balanced with shades of cyan and terracotta, which were chosen because they're colors that are often found in the local terrain. The detailed illustrations bring the authenticity aspect of the packaging to life in both an exciting and meaningful way. Even if you knew nothing of the brand before downing one of their beers, you could easily understand that this brand knows what's happening. 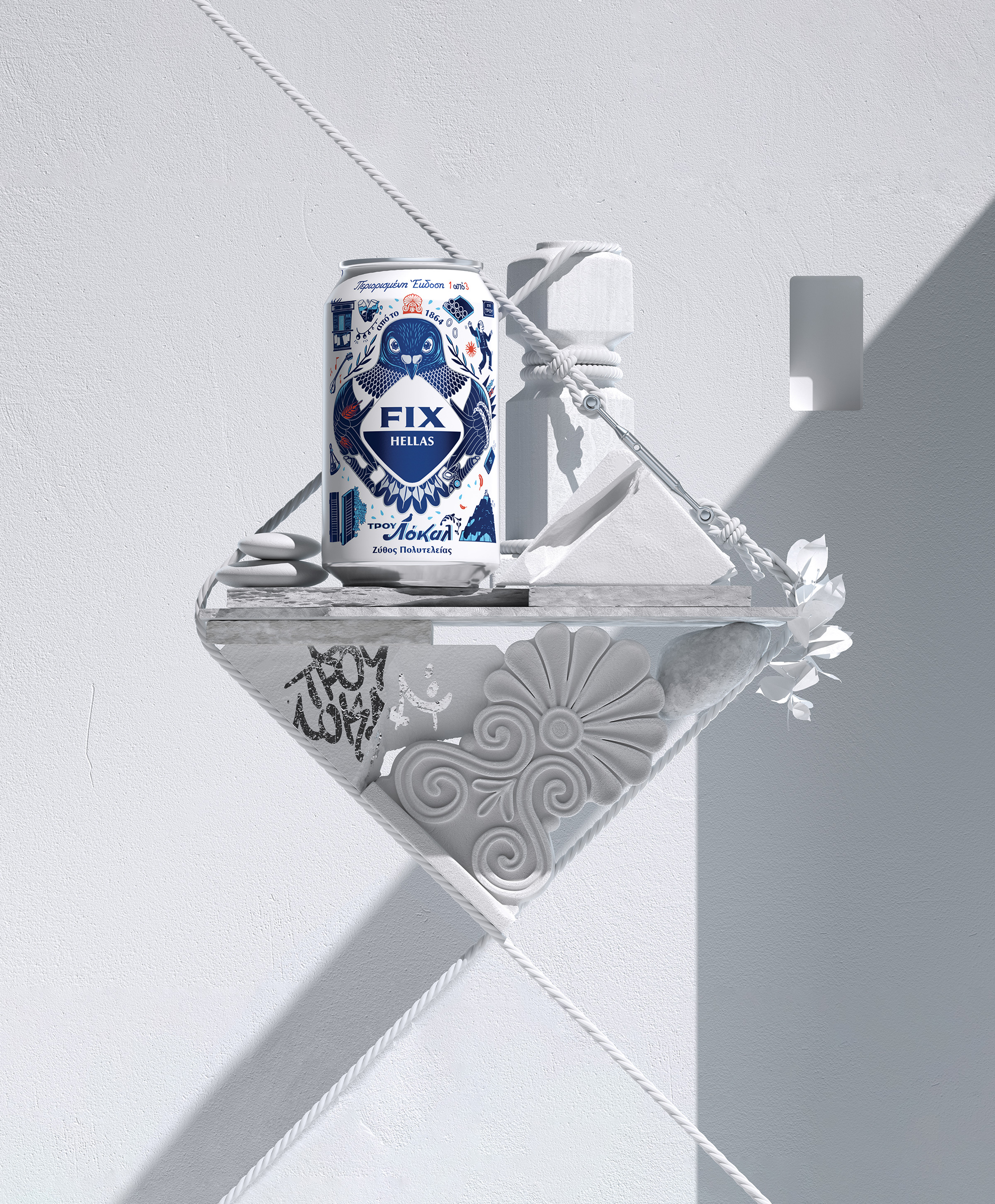 FIX Hellas is the first Greek beer with a presence in the Greek market since 1864, having proved its authenticity.

Designing the brand's limited edition packaging, our aim was to create an instagrammable series of cans, unlocking communication with a younger audience.

Drawing inspiration from the authentic side of Greece, the one that you won’t find in the pages of a travel guide, which does not boasts of trends and is only known to the locals, we developed the concept "TRUE LOCAL", which - in addition to the limited edition packaging - is also the dominant brand communication for this year. Responding to the different requirements of each medium, we also created the content for a series of communication materials (POP materials, press kit, brochure, key visual, pack shots, press copies).

The illustrations stand out for their boldness, narrating small and fun stories of hidden locality that are depicted differently to each side of the cans. The iconic rhombus of FIX Hellas lends its shape to the different local heroes, and is part of the iconographic language we created. 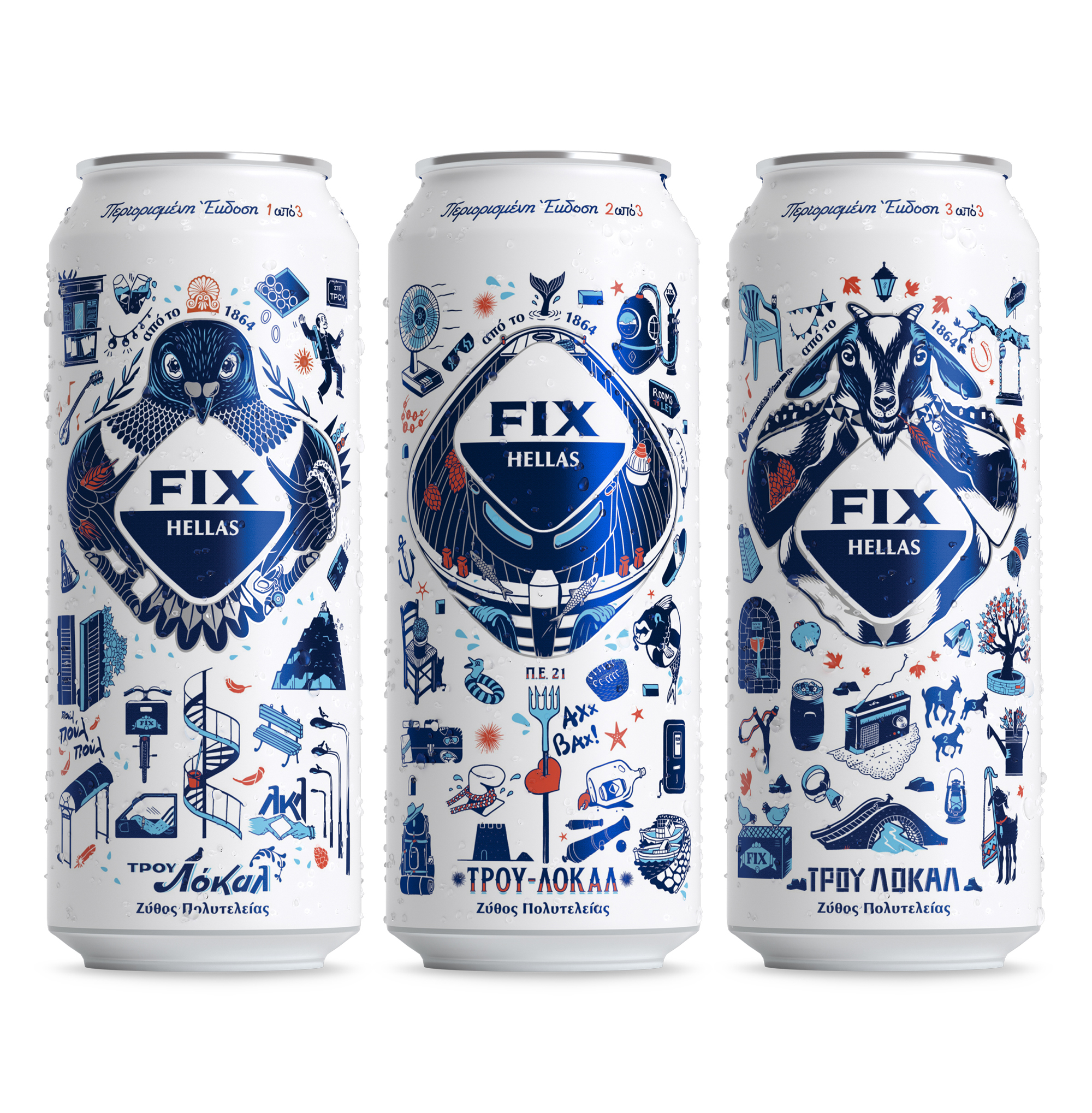 The dove knows which city spots and parties are justifying the hype, the boat is the connoisseur of the beach where you will have the privacy you want, and the goat is the hero of the rugged – yet attractive - countryside that will show you the difficult paths to the best spots. The universe created around them maintains the values of the brand, crumpling the commercial with a fun & irreverent mood, just like an authentic local puts aside the stereotypes and keeps the essence.

The color palette of FIX Hellas is maintained, with small variations. Blue was redefined, as was white, which was matte to give the packaging a sense of uniqueness. Cyan and terracotta were added to the palette, colors that you find in the Greek terrain.

With the new packaging, FIX Hellas addresses an audience that first chooses to experience authentic experiences and then captures them on the screen of its mobile phone.

Faberlic Bioglow Proves That Orange Can Be A Neutral Too