Less Is More With Kahf

Kahf is a brand that's all about bringing men a line with the goal of spreading positivity. The minimalistic packaging that includes neutral colors, sans-serif typography, and no flourishes showcases that there's nothing wrong with a bit of simplicity in life. Designed by Brand Agency Work By W, the powerhouse behind the design was the motto, "less is more," and it shines through magnificently. 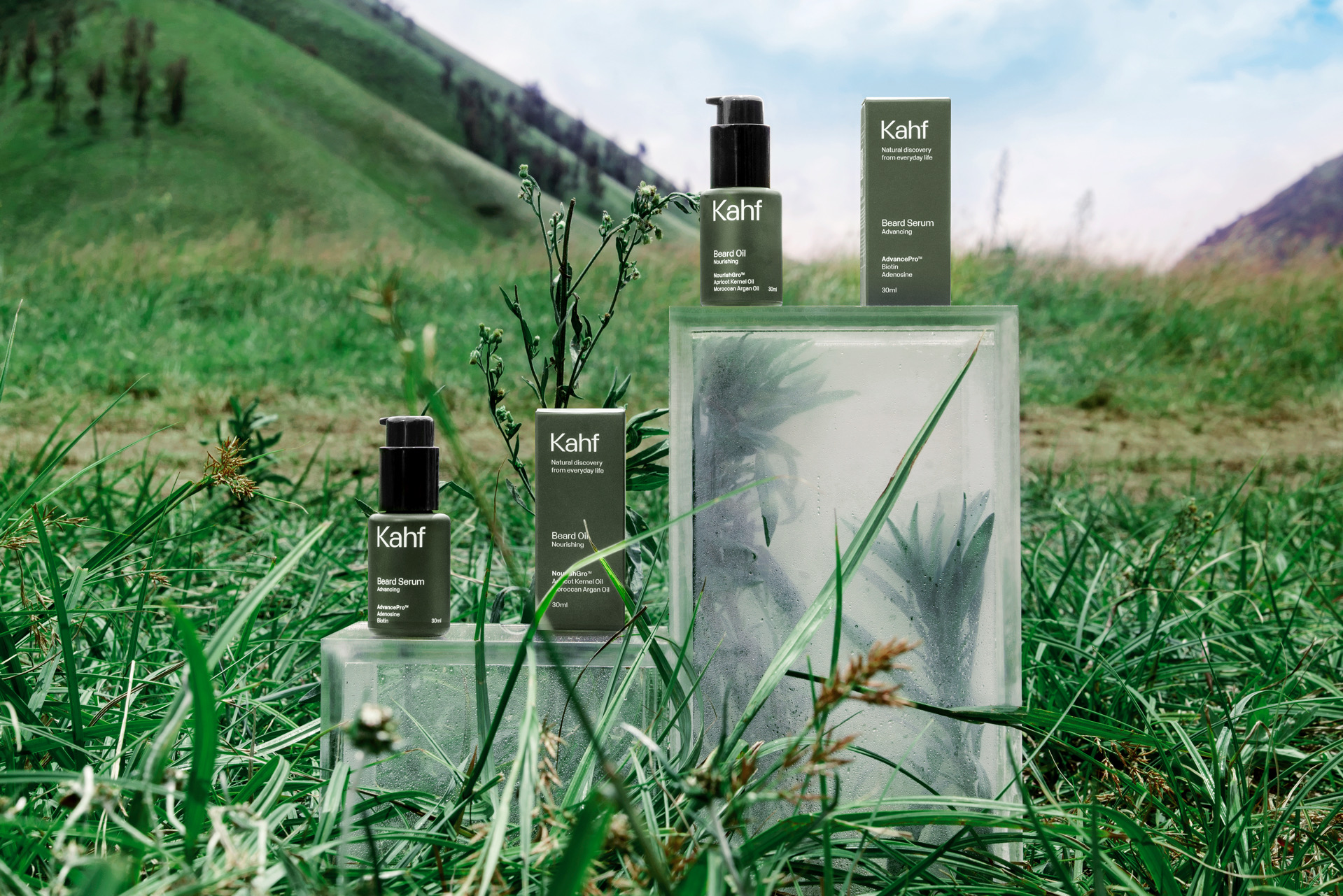 Kahf is here to be the voice of Balance-Muslim in nowadays setting. Those in moderation who continuously learn to be a better self and spread positivity to its surroundings which are also in line with universal Islamic principle. By any chance this brand may also resonant to some men in general who are not Islamic followers. It aims to make every Muslim and men in general are well-groomed so they can always be welcomed, anywhere they go.

Then, we use Universal Islamic Principles and translate it to nowadays value. We stick to the good behavior of Prophet Muhammad as the ideal direction of this brand. 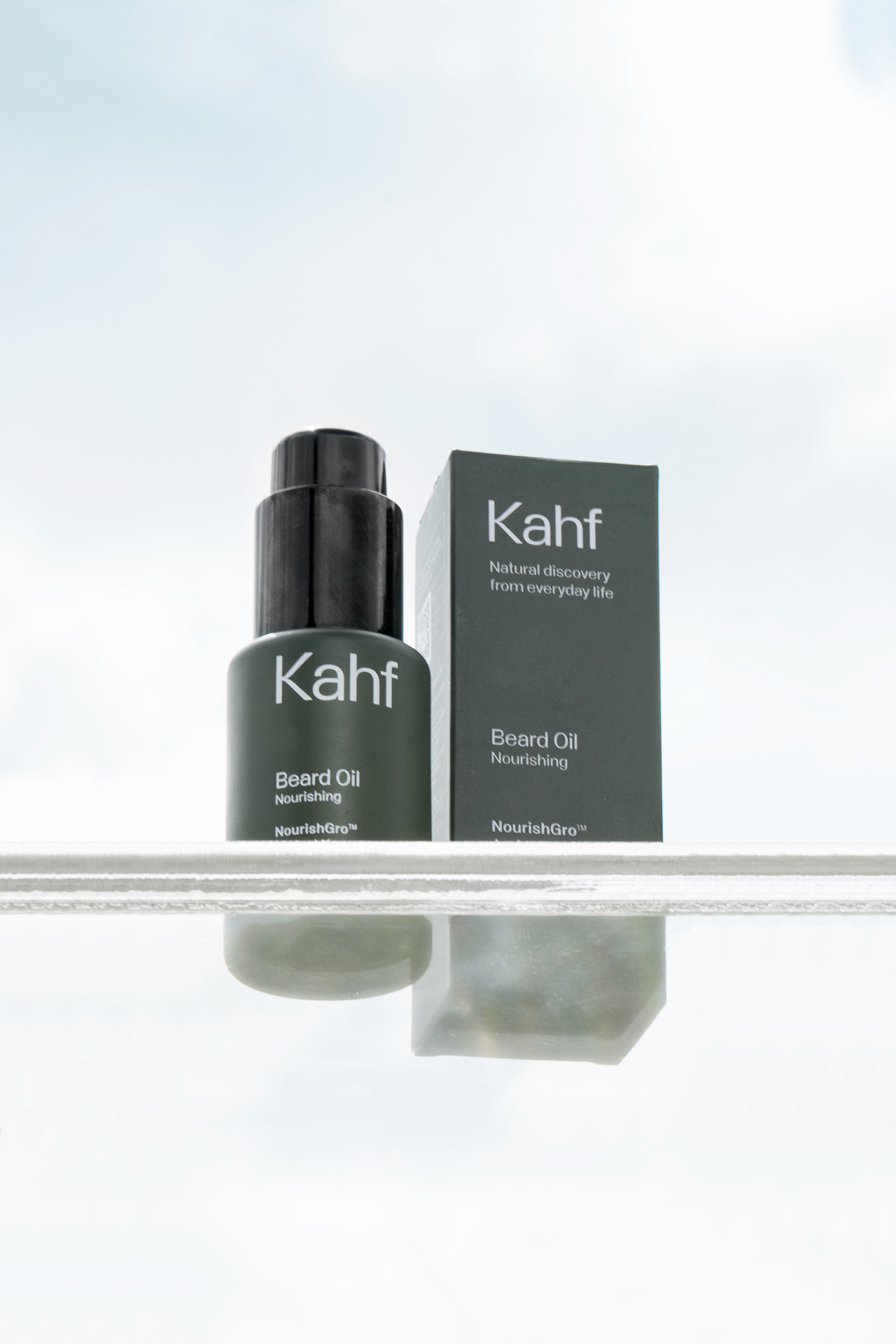 Healthy Masculinity Kahf masculinity is inspired by Prophet Muhammad. He possessed a noble behavior during his life, and no one ever questioned his masculinity. He is a successful entrepreneur, an influential leader, and a world-changer. Though he was known as a loving father, a soft-hearted Guru, a patient husband, a humorous best friend, a well-mannered citizen, and most of all as a human being he also cried. He also excels in a wide range of interests, like a horse race, swim, archery, and many more. As people are more aware of toxic masculinity, Kahf will reintroduce the healthy masculinity once showed in Prophet Muhammad's masculinity.

Do Not Exaggerate Most of the current men’s grooming products in Indonesia's FMCG market are having strong formulas and scents. Kahf uses a friendly natural formula with no harmful ingredients and has a soft scent which considered unisex. Which intended to promote peace of mind once worn by men. It aims to be the brand that is ‘approved’ by women since men’s personal care is highly influenced by women (mom, wife, and sisters). 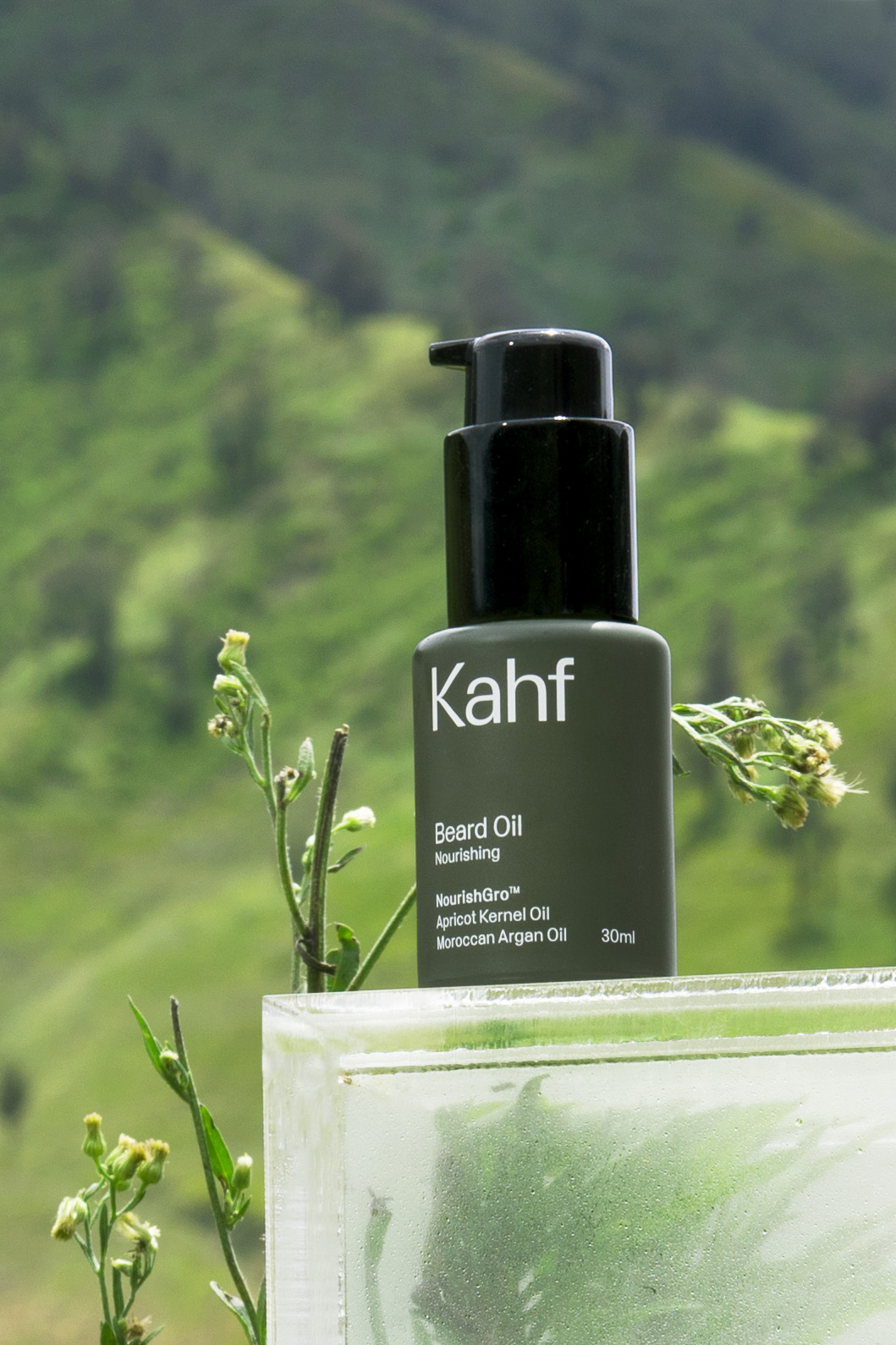 Less is More Unlike most of the existing FMCG products in the market, Kahf is designed in a minimalist approach with the modern-humanist personalized typeface, Kahf Sans Std. We use green spectrum in a natural setting as Kahf brand color because it is the most frequently used in Mosque and turns out it is also Prophet Muhammad's favorite colour. Green as a concept represents life. It symbolized the mixture of the color of God’s light (Nur), Yellow, and the color of earth, Blue. 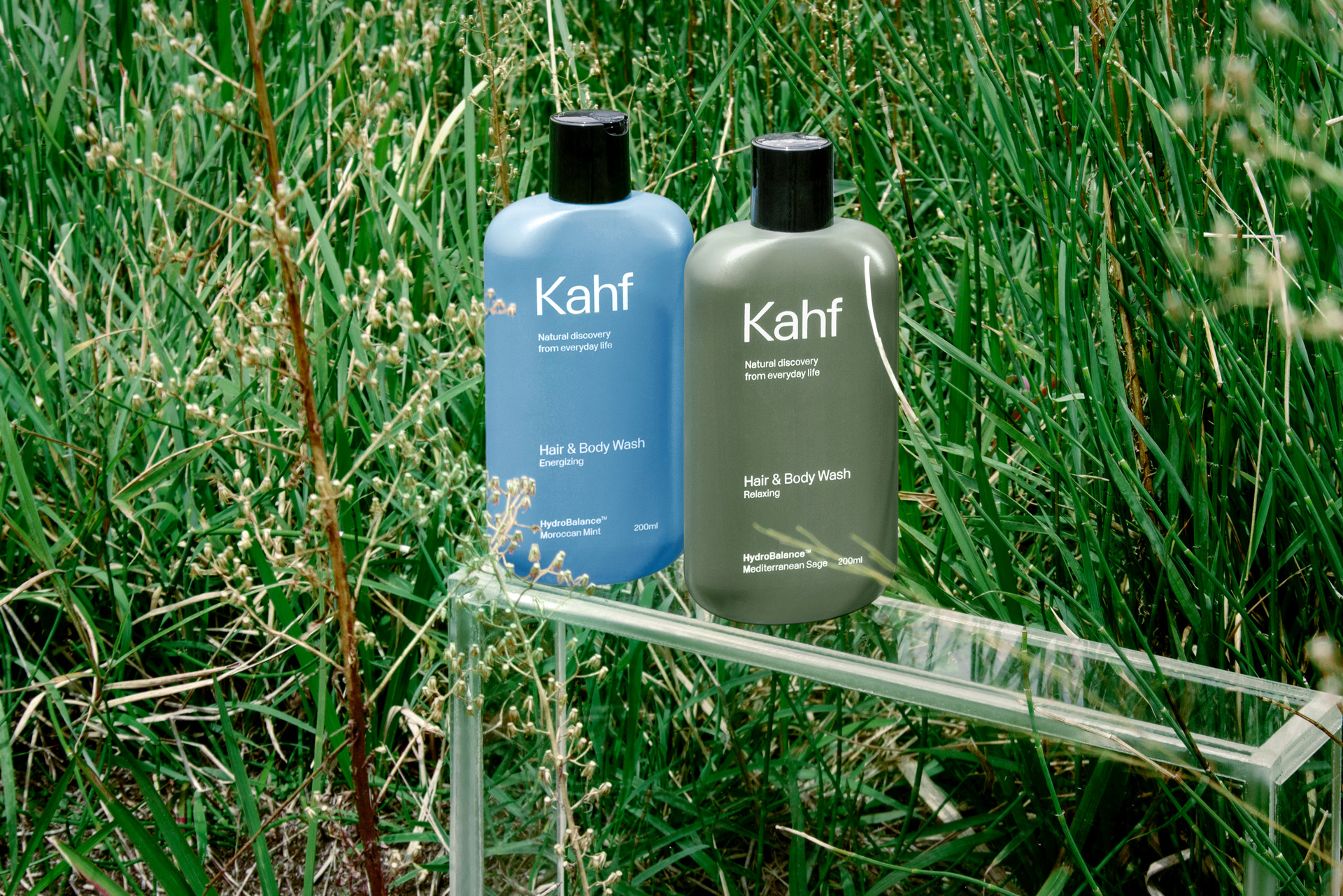 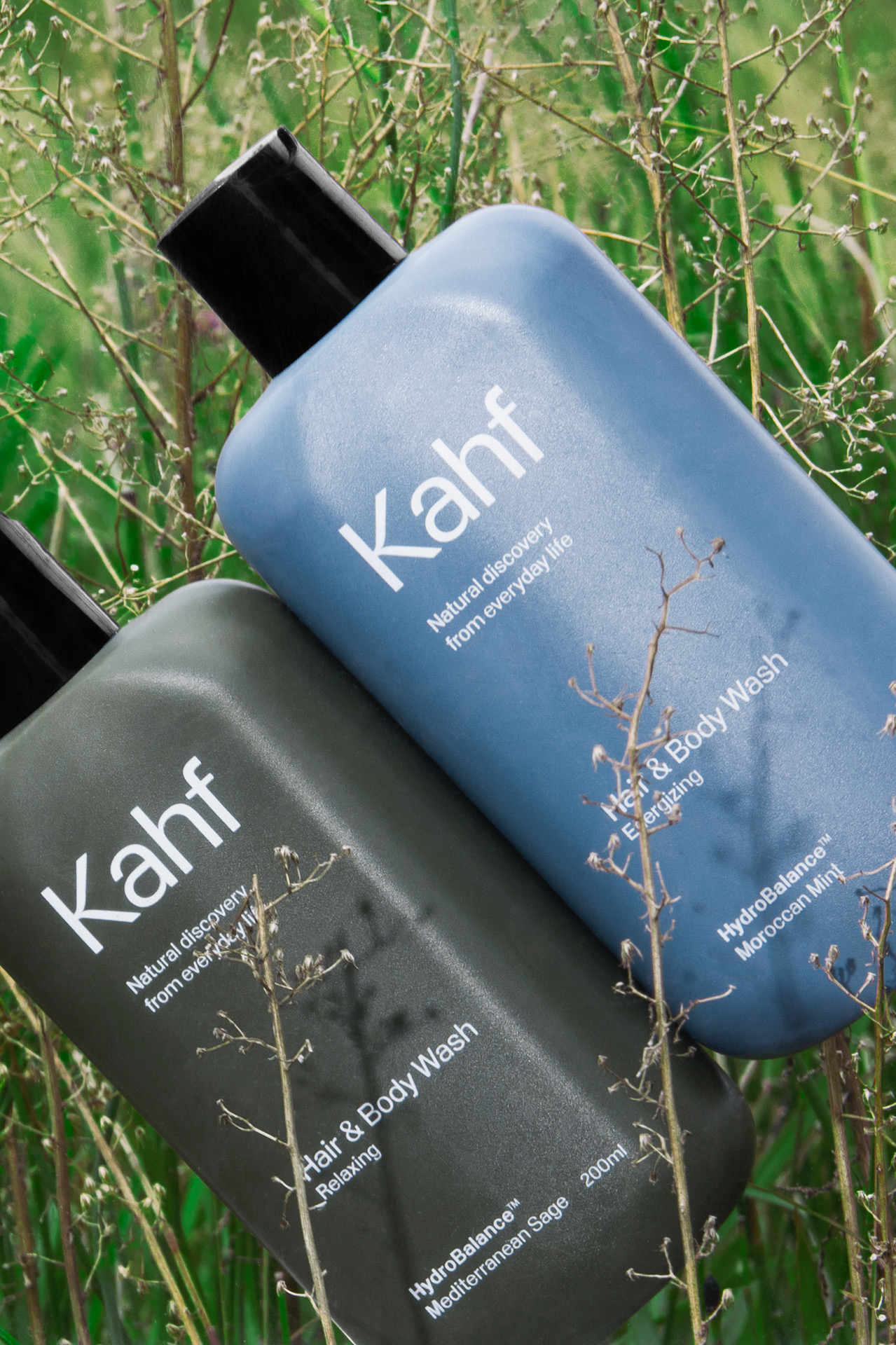 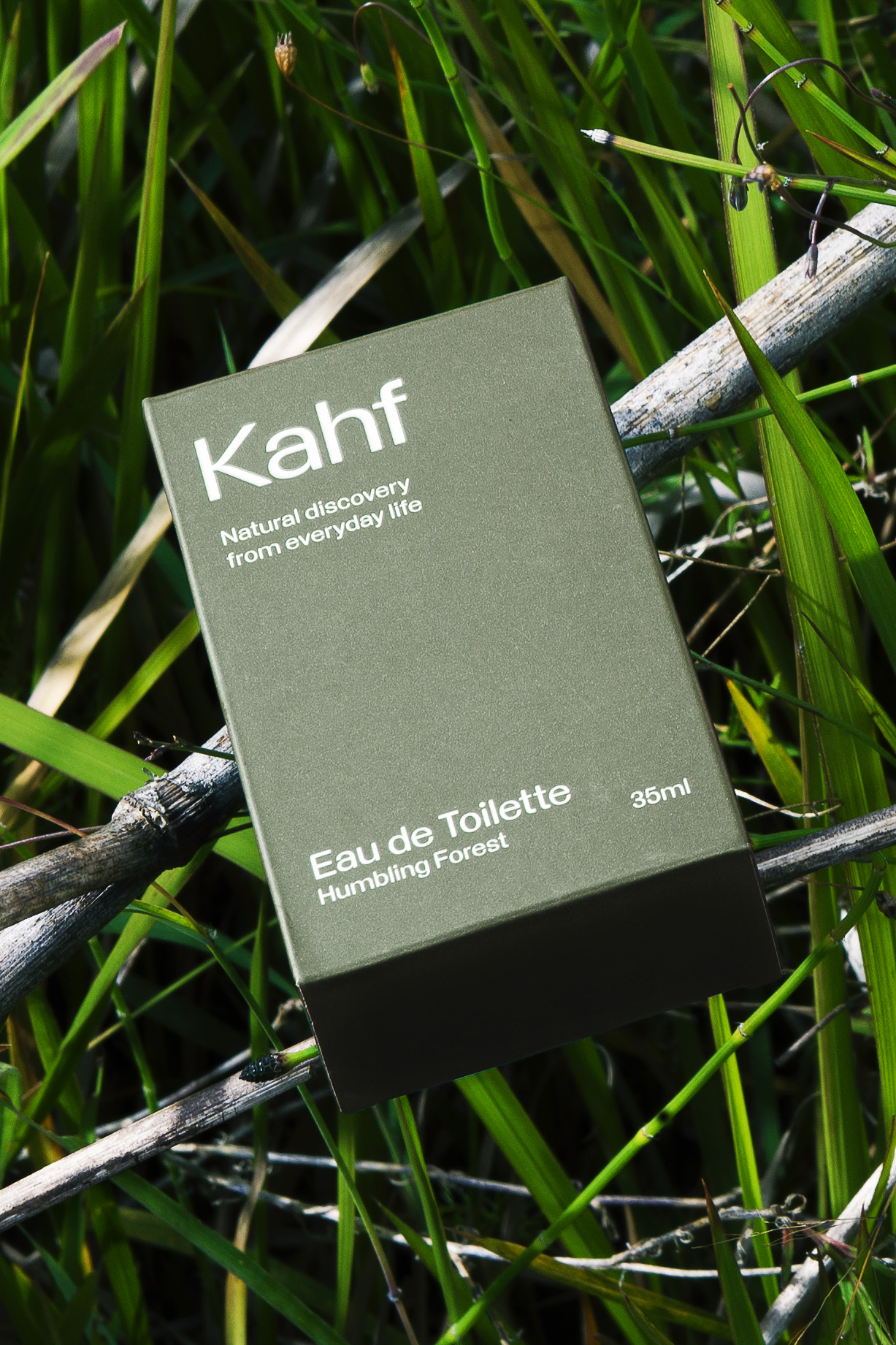 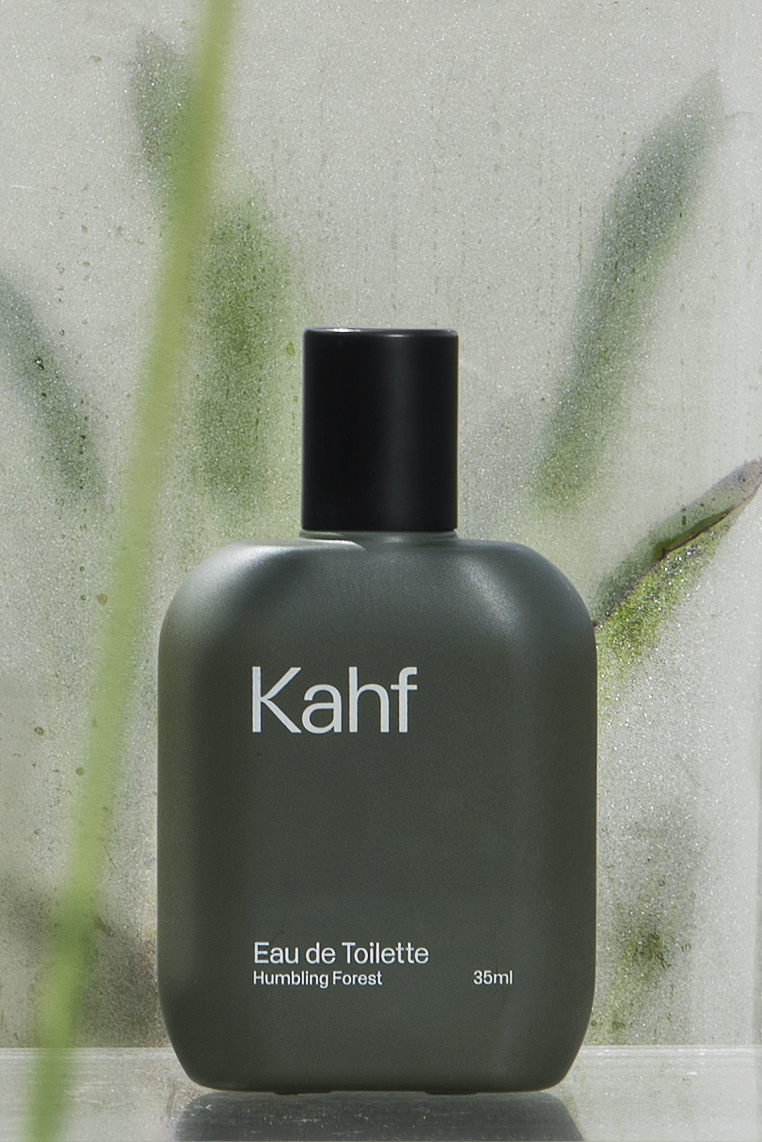 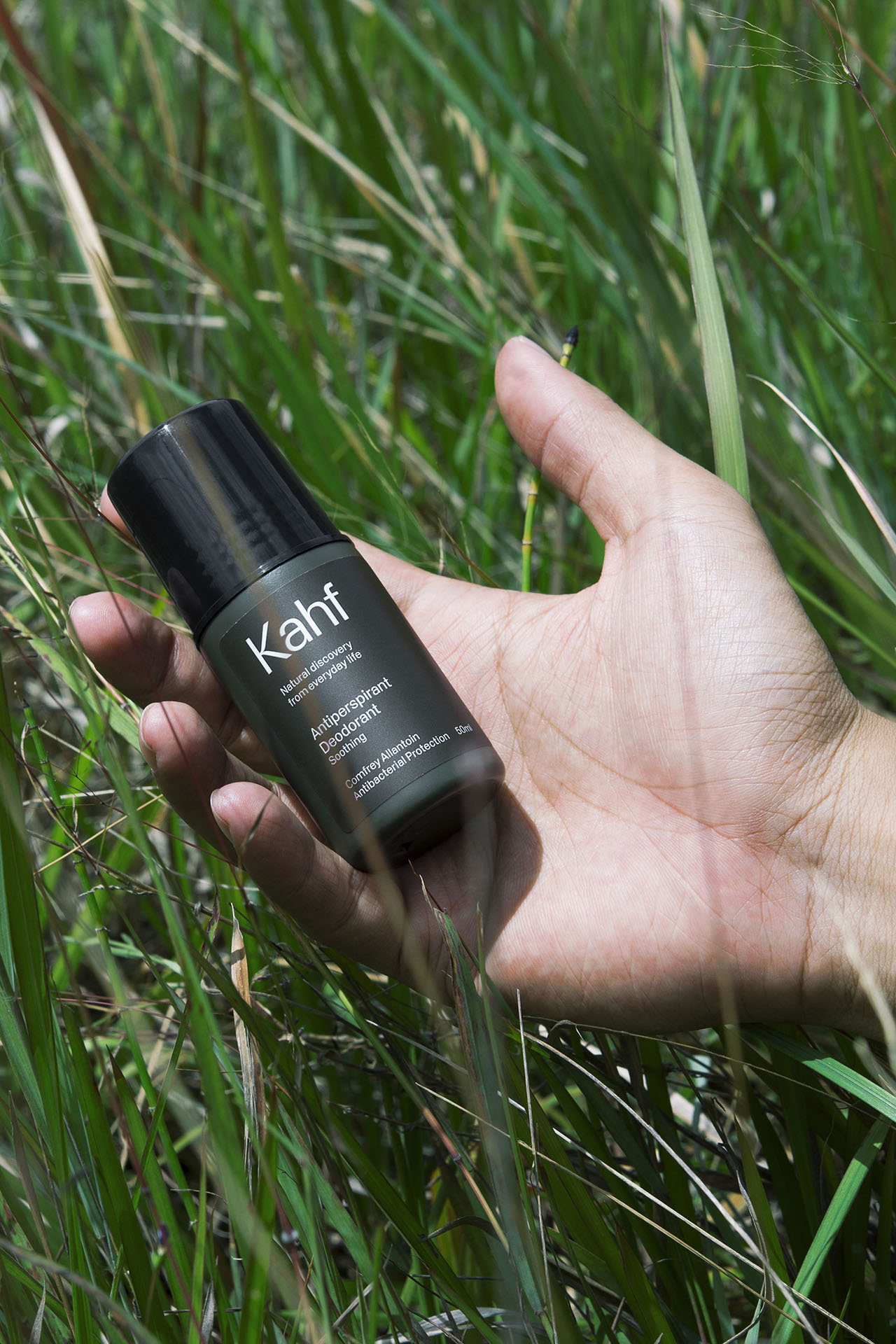 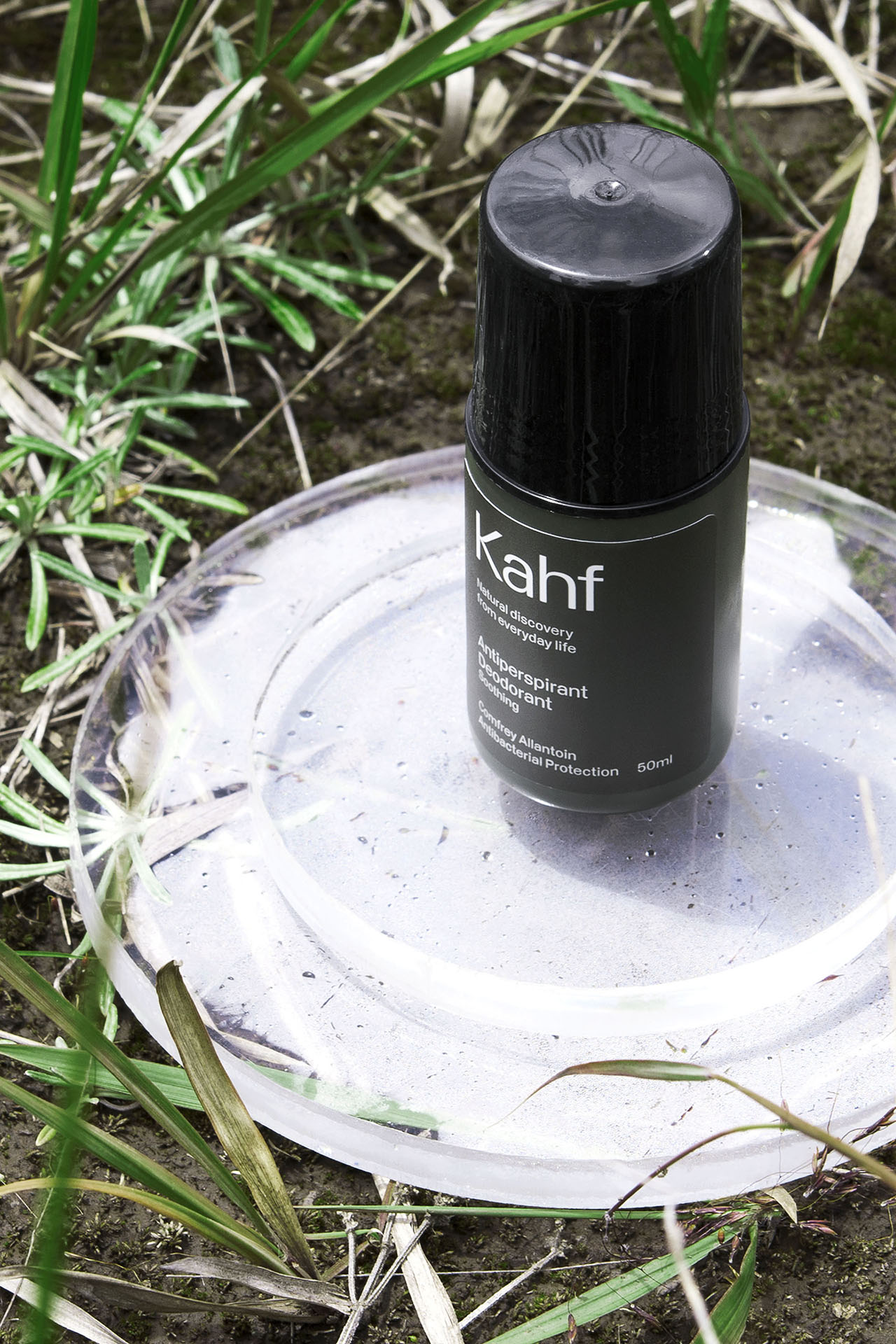